Ghost in the Shell is fine, everybody calm down

I'm too lazy to write a proper review of this film right now, but at the same time I really wanted to get some thoughts off my chest regarding it, so here is my semi-half-baked stream of consciousness on Ghost in the Shell: Outrage Complex. AKA the Hollywood bastardization of GITS that's actually... quite faithful and respectful to its source material? 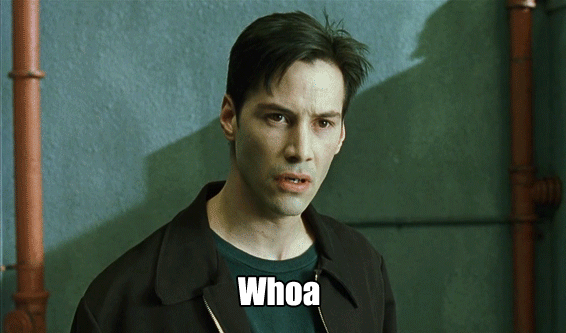 More on this later.

But first: a boring precursor about my experience with the franchise. So my first exposure to GITS began with the Stand Alone Complex TV series that aired on Adult Swim during the early 2000s. The trailers and commercials for it made it look sick as hell, and I was interested to give it a try. Unfortunately when I caught a couple episodes of it on TV, the actual thing came off as rather drab and slow-paced to me, with minimal interesting character interactions or cool sci-fi action sequences to distract from the lack of the former. Now to a certain extent this dry approach to storytelling may be intentional, as it's trying to depict a semi-dystopian world that raises questions about whether there's anything left of your humanity underneath the machine anymore once you've entirely replaced your biological body for a prosthetic one, but regardless to me this excuse essentially translates to "we intentionally made our characters boring," which still doesn't sound too good when you distill it down to that. Then again, I also admittedly caught these episodes at random and didn't start from the beginning, so maybe with a proper sequential viewing I'd find more investment in the characters. Needless to say, unfortunately my initial outing with Ghost in the Shell didn't go so well, and I ended up ignoring the series for the remainder of its run on Cartoon Network. 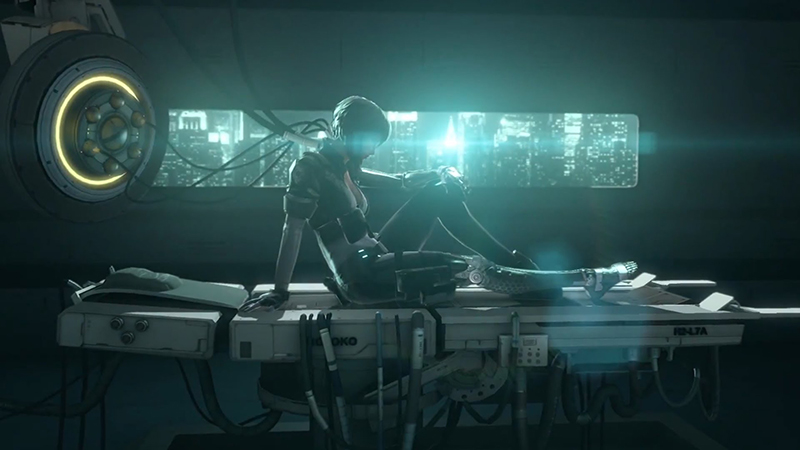 Shortly following my first exposure to GITS however, I learned about the original 1995 film after discovering that it was the primary inspiration for one of my favorite films of all-time, The Matrix. This rekindled my interest in the franchise, but it wouldn't be until roughly a decade later that I actually decided to give GITS another go and finally sat down to watch the original movie. While I still felt it suffered from slightly bland characters and lacking execution in its story, it did at least deliver on some cool action setpieces, and all that philosophical masturbation rustled my neurons and made my medulla obschlongata rock hard. I came away from it feeling much more satisfied this time, but I also still felt like there was much room for improvement, and the film doesn't quite stack up as the masterpiece it is sometimes lauded to be. In the end, I've never quite fancied myself a GITS fan, but I've always felt that the franchise's premise has a lot of potential to easily make it one of my faves if the right talent could get their hands on it. 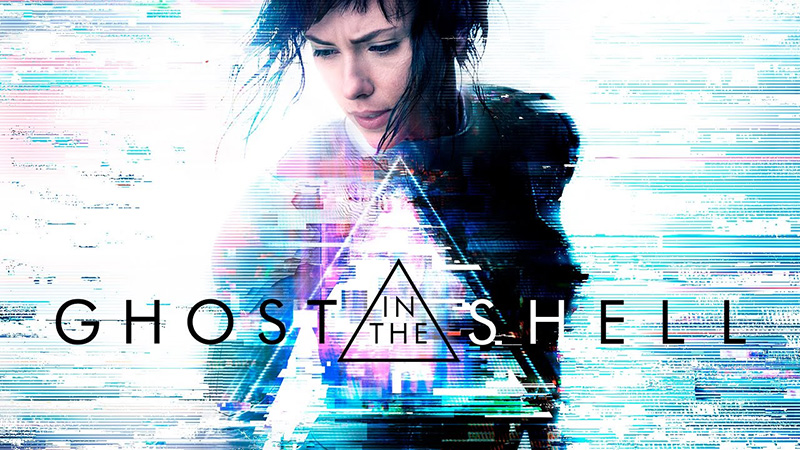 So it was exciting for me to learn that there was a live action Hollywood adaptation coming on the way just shortly after viewing the 1995 film. Here was yet another opportunity for a fresh take on the property. As the initial trailers for it came in though, it seemed apparent that while the film certainly captures the aesthetic of GITS admirably, some cliched dialogue hinted at the possibility that this movie would sacrifice cerebral chills in favor of generic thrills. So did the film inevitably succumb to dumbing down the plot? To a certain extent yes, but not nearly as bad as I feared, and where Ghost in the Shell 2017 makes sacrifices it also returns some gains in other areas. Rupert Sanders' rendition of GITS does unfortunately strip away much of the philosophical dialogue, but the movie does not shy away from exploring the potential consequences of an increasingly technologically dependent society and all the baggage that comes with it. More than the 1995 film before it, I felt this one succeeded at conveying the unsettling feelings it was aiming for as it depicted the merging of technology and humanity. Part of the problem I had with the 95 adaptation was that while it loved to wax philosophical a lot, the philosophy never tied into the actual story too well and felt like it was merely explaining its themes to you rather than exploring them. While I would have preferred that the latest adaptation keeps the philosophy but weaves it into the plot better like The Matrix, nonetheless I still found its showing over telling approach to be a bit more effective, as I was more invested in the characters and the setting. Memory manipulation through exploitation of technology takes center stage in this iteration of GITS, and by also having it personally affect the Major this time instead of just having her witness it from the sidelines, the story becomes much more personal and makes the Major a more relatable character, even if at times the amnesia plot feels a little rote. With the characters having more personal stakes in the narrative, I came away overall feeling better about them in this film than I did with the original. 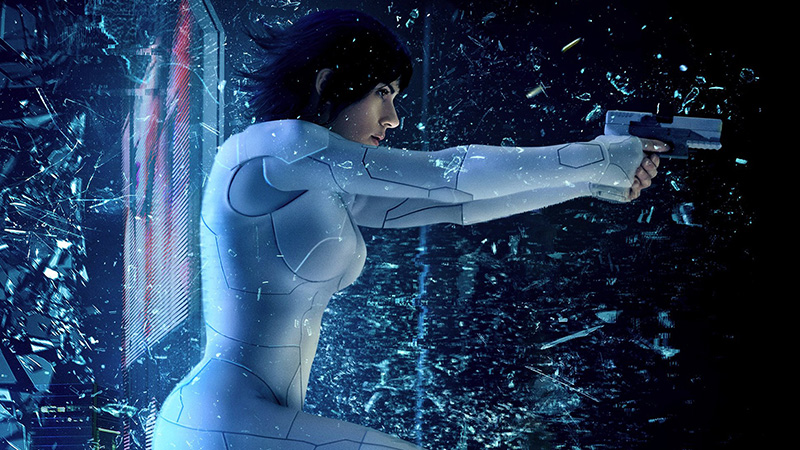 Speaking of characters, I had never heard of Takeshi Kitano before this film, but I'm sure as hell a fan of him now after seeing his portrayal of Aramaki, the leader of Section 9. He's a straight up badass with the cool and collected sensei presence he gives off while also being able to hold his own in a firefight. What's more, every single line of Aramaki's dialogue is in fact delivered in Japanese. He never speaks English once. It's a rather bold choice I think, even if he may not be the main character. He still plays a pivotal role nevertheless, and for all the talk of Hollywood supposedly being disrespectful to the source material, this was a surprising gesture that clearly shows they care about the film's roots. Togusa similarly is played by another Asian actor, and the sprawling metropolis that the movie takes place in hints strongly at being located somewhere in Asia with the bulk of its street signs and holograms not using English lettering. Many costumes of various side characters include Asian-style robes, and then of course there's the gorgeously-designed geisha robots. A lot of effort went into incorporating eastern culture in this movie that could have been easily ignored if this were just a cash-in attempt. 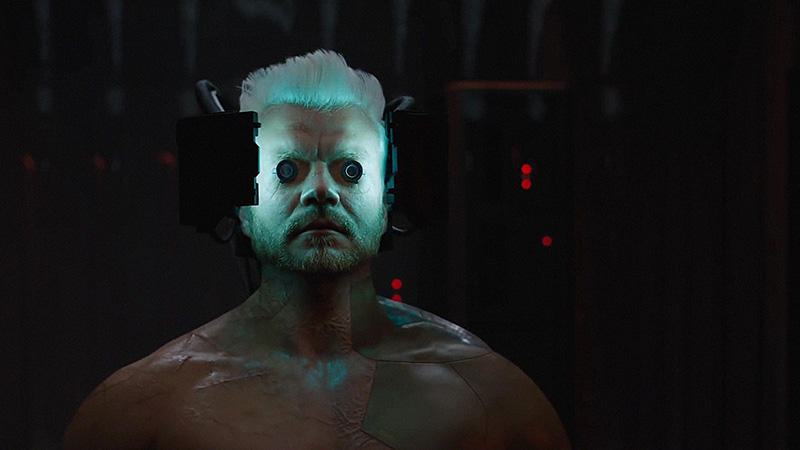 Even the Major's alleged whitewashing is addressed in the film in a way that I think is appropriate, though I won't go into detail about it due to spoilers. However what I will say is, this controversy was definitely blown way out of proportion, as not only is this a culturally diverse film, but neither the original creators nor Japanese audiences abroad found the casting particularly offensive when asked about it. In fact, here are some exact quotes from Mamoru Oshii, director of the original 1995 film:

"What issue could there possibly be with casting her? The Major is a cyborg and her physical form is an entirely assumed one. The name 'Motoko Kusanagi' and her current body are not her original name and body, so there is no basis for saying that an Asian actress must portray her. Even if her original body (presuming such a thing existed) were a Japanese one, that would still apply."

And here is a series of street interviews that were conducted in Japan:

The constant outrage machine of the Internet is starting to get out of hand. I welcome diversity whenever Hollywood makes an effort toward it, but the fact of the matter is, anyone who has seen this movie knows that Scarlett Johansson's casting clearly did not come from a place of racism, and Ghost in the Shell's appeal as a franchise has nothing to do with the main character being Japanese. There are likely three key reasons for Scarlett's casting: she has experience with action films, she looks fairly close to the Major's appearance, and most importantly, box office insurance. With a film that costs $110 million to make, it's simply a risky investment, and Johansson's big name star appeal acts as another cushion to ensure a minimum number of sales. Now you can certainly criticize that for putting business before art, but not for being racist or culturally insensitive. In a film full of eastern culture, costumes, and subtitled Japanese dialogue, it's just beyond the bounds of rational debate. Not to say that the film would be racist even if it didn't bother with such considerations. Once again, it seems to be lost on people that this is an American production, and therefore it is entirely expected that they would cast American actors for the parts. In just the same way, despite that Attack on Titan was clearly designed with medieval European aesthetics in mind with European-esque characters, the live action movie was still cast with Japanese actors across the board. Is it because the Japanese are all racists that just hate European culture? Of course not. So please, for the sake of everyone's sanity, can we stop with all the melodramatic outrage every time casting decisions like this are made?

At the end of the day, I am very happy to report that this film doesn't join the ranks of Dragonball Evolution or The Last Airbender. It's the most faithful live action adaptation of an anime I've seen right down to the Major's blueish-purple tinted hair, and it even does multiple impressive shot-for-shot recreations of iconic scenes from the original 1995 movie. It certainly could have used some more cerebral writing with the help of Alex Garland or Christopher Nolan, but it's still an admirable effort nonetheless. I walked away from it wanting more, and I'll be picking up the blu-ray when it comes out. It's unfortunate that it's been mired in unnecessary controversy and derision. I recommend it.