Youtubers need to rethink their strats to survive the mainstream media

These past few weeks have been weird.

JonTron came out and said some incredibly shocking comments about racial segregation. Pewdiepie was criticized by the Wall Street Journal for making a joke about killing jews. And now H3H3 made bogus claims about the WSJ forging an image.

The thread linking those three stories together? Youtubers doing dumb things and then being shocked the media is covering it. 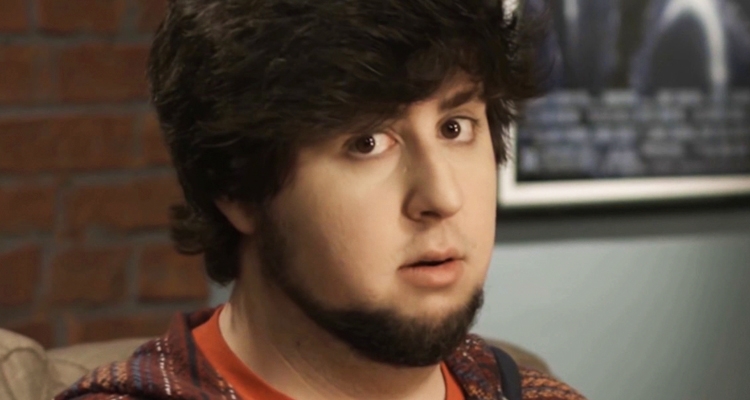 You know what's more eggregious than advocating for racial segregation? People disagreeing with you.

I suppose all this started with the Pewdiepie incident. Felix Kjellberg paid some freelance actors to hold signs "death to all jews." The WSJ went back and reported on all of his previous nazi jokes. A lot of it was tasteless garbage, some of it was kind of funny and not too terrible. Kjellberg responded by saying he was sorry... for all of ten seconds before bashing the WSJ for covering him. He's since gone back to making nazi jokes, quite frequently, seemingly just to piss off the mainstream media, but he's only proving their point.

Some famous Youtubers seem to have it in their heads that they're still entertaining a niche audience, and what they're doing isn't mainstream. They're not used to facing consequences for their idiotic comments because the media hasn't been paying attention to them until recently. Now though, the media sees that what these people are saying carries weight. Pewdiepie has 54 million subscribers, and both JonTron and H3H3 have 3 million each. People of varying age groups are watching these people and absorbing what they say.

So yes, it is in the media's best interest to cover what these people say. The media's job is to hold those in power or in positions of authority responsible for anything they do, and believe it or not, having a huge audience can be considered having some degree of power or authority.

Then there's the most recent example...

So long story short, H3H3 Productions, Ethan Klein, claimed to have irreputable proof the WSJ forged an image for a story about Youtube's new rules around advertising. The WSJ's image showed a video titled "Michelle Obama dancing to Alabama N*****" with a Coca-Cola ad playing on top. Klein argued the image was a forgery because the image showed an ad playing, even though the video was demonetized, which means no ads should have been playing. That would be true, except a company had claimed the video, meaning ads would continue to play on it.

Klein has made his video private and said he made a mistake, though continued to say the WSJ's reporting was wrong, for some reason. If anything, it's a fantastic example of why professional journalists are still employed, and why citizen journalists like Klein need to take a step back.

But regardless that the story was completely incorrect, people shared it all over social media, decried the WSJ and called them liars and hailed Klein as a true journalist.

Youtubers need to settle down and realize they can't just get away with everything they could before. They don't live in that world anymore. Their words carry weight and mainstream media knows that now.

"We made a video earlier today exploring the possibility..." No. You didn't say it was a possibility. You said "We have proof, overwhelming evidence, that the images of brands advertisements on racist videos are Photoshopped, doctored, they’re fake." That's more than just a "possibility."

To an extent, this is also a battle between new media and old. These Youtubers have huge followings of younger audiences whereas mainstream media, like the WSJ, are typically consumed by older people. I've seen to many people say citizen journalism is the future, and they get their news only from Youtubers (while also failing to mention these Youtubers get their news from primary news sources like the WSJ). This is a younger generation who has put a lot of faith in Youtubers and the platform as a whole, and see the media stepping into it as an encroachment of what they've cultivated.

They're not used to seeing their favourite Youtubers being challenged and have their words taken at face value. They're not used to having their statements fact-checked or having to try their best to get it right the first time. Youtube is pretty hands off when it comes to situations like this, but somebody should be involved.

If a mainstream media outlet incorrectly reported something, people would be all over it, calling them liars and labelling them as fake news. Then why is that same method not used when Youtubers screw up and say something that's incorrect, or racist, for that matter.

Ultimately, I do think the mainsteam media is winning this fight. There might be a number of people angry at them, but ultimately I feel they're in the right. They're capitalizing on this market they didn't know existed until recently, which is one more market they can appeal to. Hell, Destructoid's article about JonTron has a few thousand more comments than the average article on the site, so that should say something about how popular these people are.

And what's the negative consequences of all this? Youtubers are pressured to not be imbeccils on camera, to make sure that if they say something they get it right. They're being pushed to know that what they're saying is being listened to, and to be careful with what they say. I fail to see how that's a bad thing.