With everyone debating open world game mechanics lately and comparing this open world game to that one, it's caused me to start thinking about some things I had put on the back-burner of my mind for a little while.

When I think about modern open world experiences, I get a little overwhelmed. When I start playing most modern open world experiences, I get very overwhelmed. I start thinking about all of the things that need to be done, all of the things I can do, and then immediately I start thinking about why I'm doing those things. I dig into the story or purpose of the character's actions and try to decide if doing any of these things, let alone all of them are even worth my time--if the world itself is even worth investing in and, unfortunately, the answer is usually no. 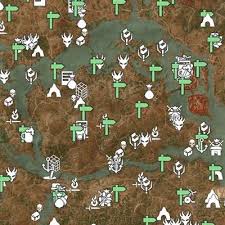 This makes me feel exhausted just looking at it...

I have played a large number of open world games over the years and the thing that always stands out to me, is the need to have the biggest world possible with the most shit packed into in it. When developers create the largest worlds possible, it seems they forget that these worlds should be interesting, detailed, and full of memorable people and places. I feel like they forget that one of the main reasons people like to play open world games, is not just the freedom to do what you want, but also the connection you make with that world.

I always get excited when I start a new Elder Scrolls game, but that excitement dies off quickly when I realize that most of what I do is of little importance to the world I'm involved in. It's also disappointing when you realize that most of the environmental art is recycled and most of the small towns along the way have the same lumber mill or the same crappy vendors with slightly different skins and, often times, even share the same voice actor. I can't connect to any of it because it just feels like I'm wandering through a fantasy themed amusement park with creepy, animatronic NPCs that really have no fucking clue that I'm in their world. They just spout off trite NPC garbage despite the fact that you may have just punched them in the face or saved their lives. It's kind of like having a significant other that always responds with "Cool" or "That's interesting" no matter what you say to them. It just makes your experience seem a bit pointless in the grand scheme of whatever game it may be that you're playing.

This same problem existed for me in The Witcher 3. While I did enjoy my time in that world and felt like I had a bit more of an impact on it, at the end of the day I still didn't feel like I truly connected with any of the people or locations I came across. I think the recycling of NPC models had a part in that, but also just the fact that there are so many people and locations to come across, that you have to basically shit one out of your mind in order to make room to digest the next one.

I think the funniest part of all this is the fact that the best "open world" experiences I've had--in spite of all these absolutely massive games that keep getting churned out--have come from the Yakuza series and, believe it or not, the Way of the Samurai series. I think a lot of people lately are realizing the novelty and charm of Yakuza's specific brand of open world fun, so I'll just focus on Way of the Samurai (WotS). 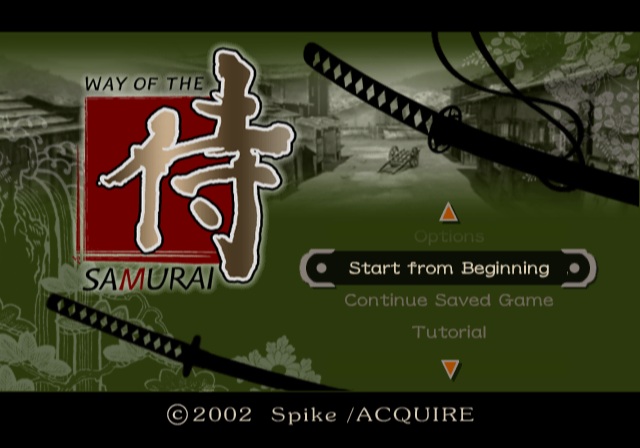 I think the WotS series has the best model for interactive open worlds I've ever seen and it's a shame that those games never got the budget or audience they deserved. I think the WotS designers were onto something special and it's something that could be improved upon and brought to life in such an amazing way. Instead of creating this sprawling, nearly never-ending world packed to the brim with samey things to find or places to discover that all end up being fairly similar and leave you feeling sort of deflated after a while, you create a small world to exist within, not unlike how most of us spend our day to day lives.

You could create an open "world" that consists of one neighborhood in a city and create a rich story around it. Make twelve houses of people that are just super dynamic and interesting and have insanely detailed houses that you can explore every inch of, and you're able to talk to the people in ways that are meaningful and actually change the game in meaningful ways. Or create a small town like WotS and make each little part of that town unique and super detailed. Make events that only happen at different times of the day and can be missed completely. I always find that incredibly weird when an NPC is just ready for you all the time or asks you to go on some supposedly time sensitive mission, but sits at a table for 5 days until you're ready to "activate" them.

I think the most attractive aspect of the WotS games that I wish was implemented in other open world games, is that you really felt like anything could happen at any given time. I know this is kind of the case in other open world games, but usually they are the same "anythings" that could happen repeatedly, so you just end up saying... "Oh, I guess that's happening again..." and keep on walking with little to no interest. With the way WotS games work, some army could just march in and pick a fight with anyone, or some drunk idiot could stumble out of a bar and pick a fight with you and you'd have to decide whether or not to kill him and how that may affect his family somewhere in the town. Or shit, maybe he was the blacksmith and guess what, you don't get to buy weapons from him anymore because he's dead. 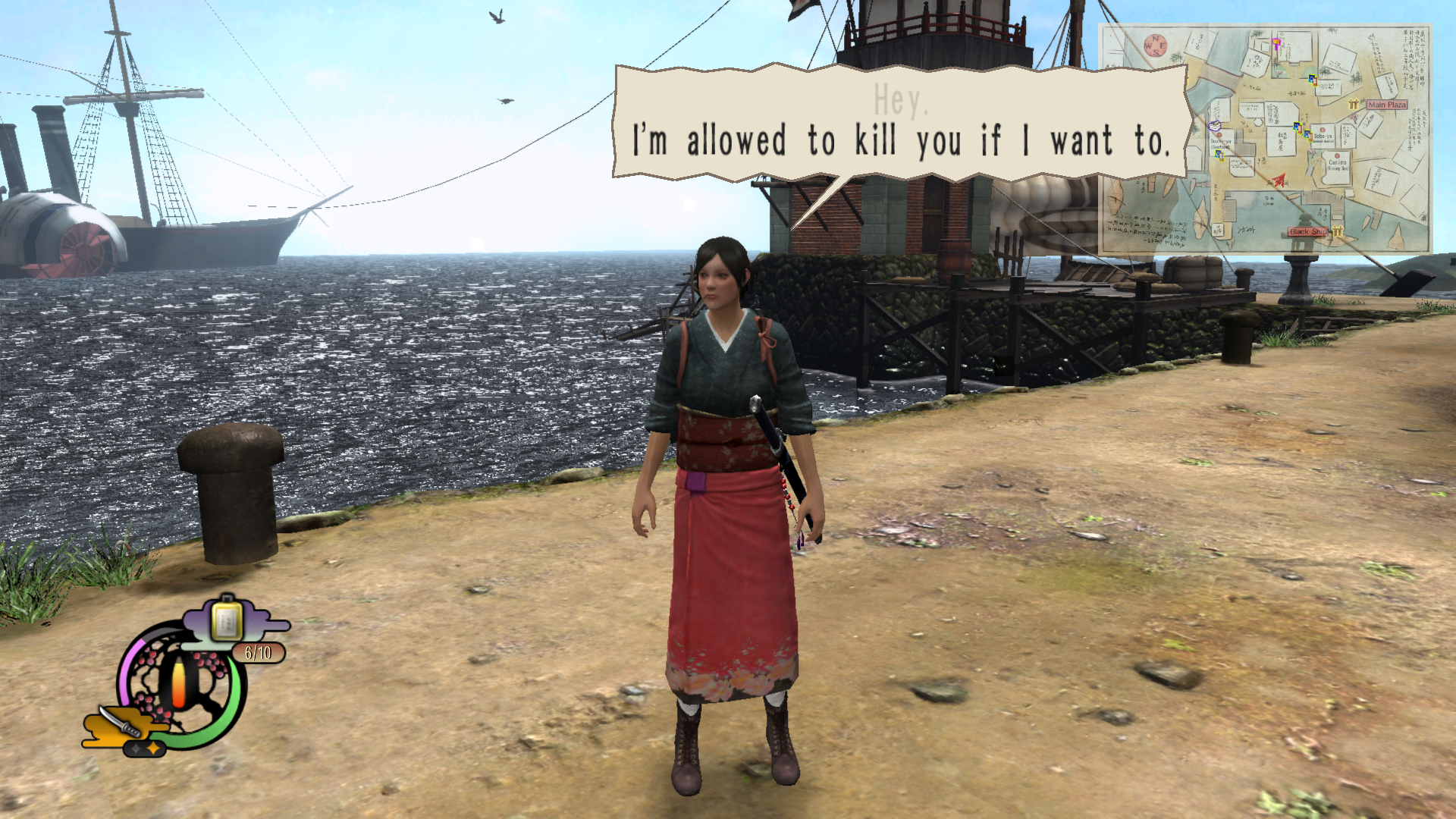 These are the things that I feel are missing from open world games. The sense of any kind of responsibility you might have in regards to your surroundings. You don't ever really have to think about how things are going to affect you in Skyrim or The Witcher. You can walk into a town and kill everyone in Skyrim, but you can just give money to the guards and everything is fine, or you can just spend time in jail, break out, and kill everyone again. I'd like to see a game where you get caught for doing something like that, and they just keep overwhelming you with guards or whatever until you die. That's it. No reloading your save just before you decided to do that... you're dead. Time to start over and live in that world a different way with a different character.

Don't get me wrong, I really appreciate what developers have given us so far and how far games have come, but I feel like open world games continue to expand with no reasonable goal in sight. We've seen every company waggle their dingle in front of everyone by now to show they're capable of making a huge, pretty open world. Now I'd really like to see them start to creating meaningful experiences with the technology.

Let's reel it in a little and create some experiences with a little more character and life to them. Simply just making games look better and have fancier looking NPCs that you see everywhere isn't going to cut it going forward. I think Breath of the Wild has shown this to be true for the most part, but is still lacking in the connection with/impact on the world and the "why" you're doing things. I hope developers are paying attention and realize that we've basically hit the threshold--the worlds are big enough. I hope they start making some experiences that have some really memorable scripted moments, but allow for the unscripted moments to shine as well by giving us a more vibrant, detailed, meaningful playgrounds to mess around in. Give me more of a purpose for being in these worlds and I'll begin to see the purpose in buying your games. 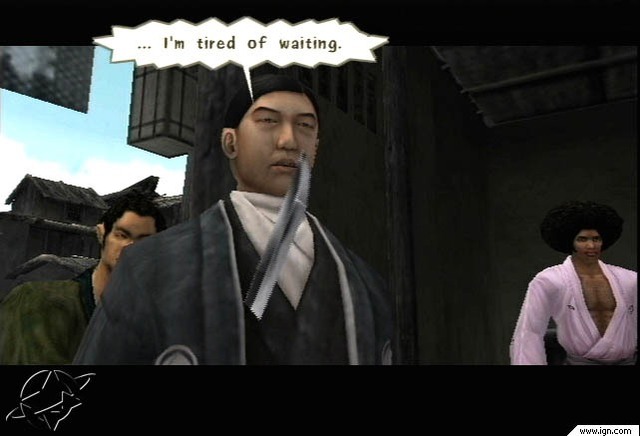 I've been around for a little while. I have stuff and things to say, but I don't always necessarily say them unless I feel like it's necessary.

I deleted all of my old blog posts quite a while ago in some kind of purge after feeling like I wanted a clean slate to start from.

I enjoy the video games and I enjoy discussing them. Sometimes I might seem like an asshole, but I'm really not. I'm pretty okay.

You're a good person. Don't let the discussing of video games make you a bad one.