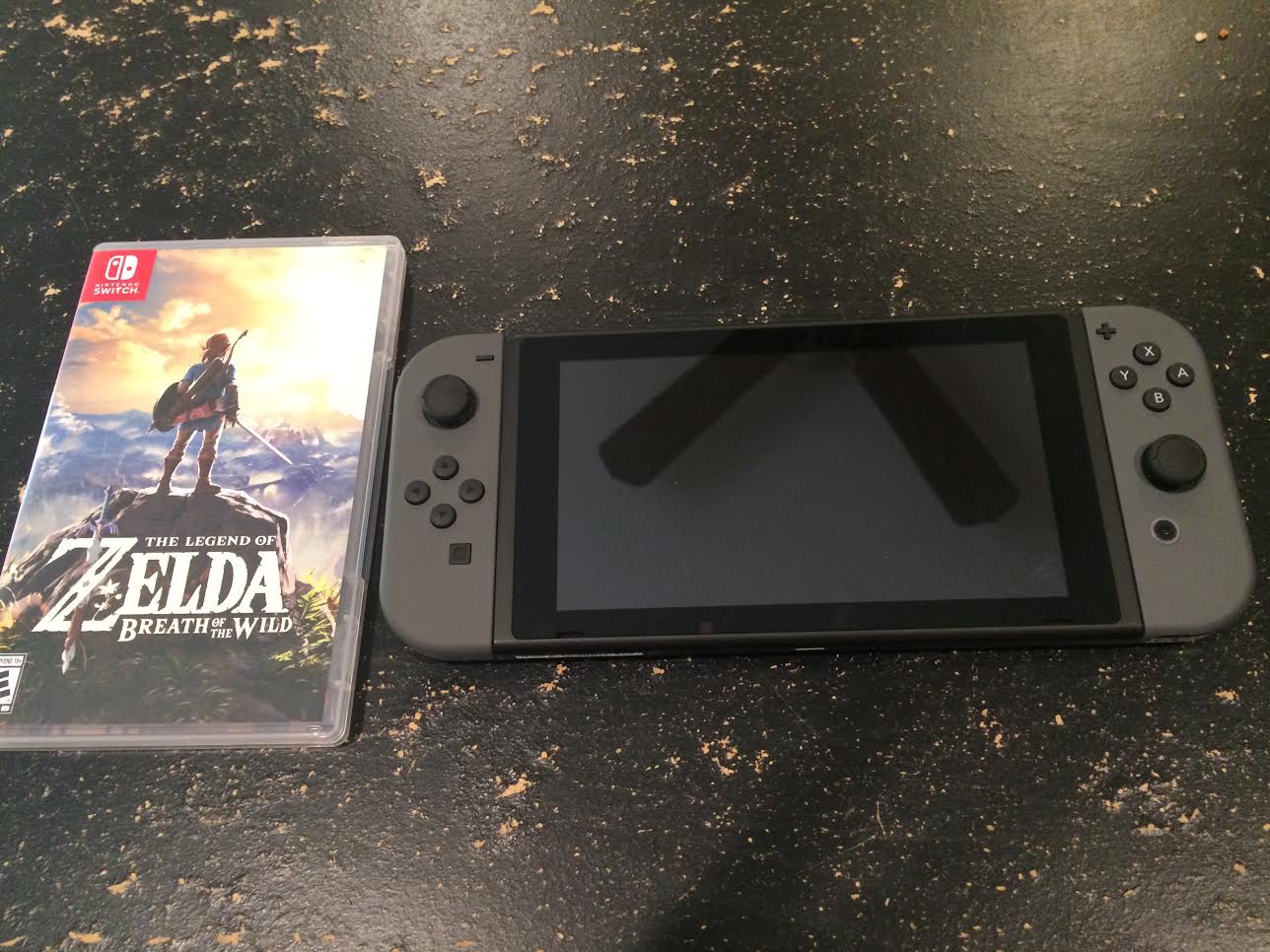 After waiting 45 minutes at my local GameStop just to pick up my reserved games and charging grip, you can bet that I was happy to have my Nintendo Switch delivered straight to my doorstep via Target. While I still find it ridiculous that Nintendo simply can't meet the demand of its consumers, likely driving many away (at least for a while), I felt a sense of pride in jumping on board early and securing my little device.

There's something about this device, that even immediately after the unboxing, it feels very simplistic. It honestly was a little bit of an underwhelming experience - to me, the Switch feels more like a brand new handheld device...just, a handheld device. While that's kind of what Nintendo was going for, it being a console/handheld hybrid, it just felt a little different to me.

Basic setup is very quick and painless. All the accessories are laid out very plainly for you, and all you need to run it on the big screen is that simple little device which I have officially called the 'Nintendo Toaster'. The dock feels like a cheap, plastic device, but it serves its purpose well. One minor gripe I have with it, is that it is very light, and sometimes I worry that it could fall over easily or get knocked around. 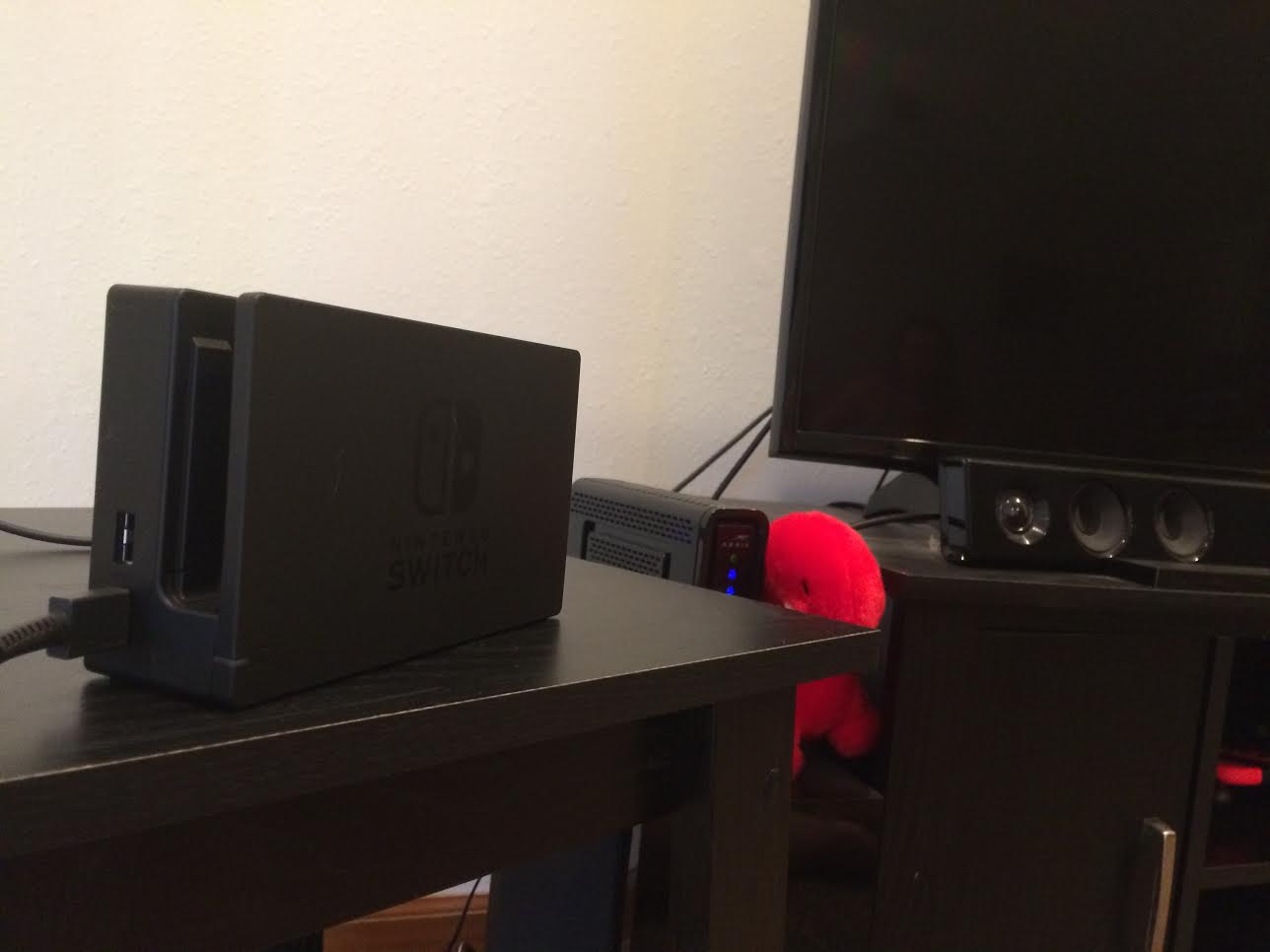 For the sake of avoiding connection issues, I dedicated a small side table to my entertainment center just for the dock (yes, that is a pink dinosaur by the router). Nintendo actually discourages having the dock close to wireless devices, such as my bluetooth bass woofer seen in the image above, or probably even the wireless wi-fi router seen as well, however I can proudly say I have had absolutely no issues with the connectivity of my device or its joy con accessories.

Speaking of which, I ran my joy cons through many trials, just to test the theoretical de-syncing issues people have been having. Perhaps I am one of the lucky ones, as mine haven't even had a minor hiccup. I can easily throw my hands behind my head, behind my back, and play Zelda with no trouble whatsoever. I did run the initial update with my cons attached however, so that could have been a difference maker.

Other then that, the Switch is truly freedom. I alternated between TV and Handheld mode, and my gameplay for Breath of The Wild has been nothing but stellar. At first, playing with the tiny joy cons feels a little off, and even somewhat flimsy (they are so very tiny), but I have actually been growing to like them, especially the feel of playing with them locked into a grip. It's different, but not in a bad way.

Part of what makes my experience feel so hollow is the super clean, well organized UI of the system. Sound effects are cute and effective, however the lack of any music in the background makes it feel...off. The device all around just feels more...mature(?) than a traditional Nintendo device should be. Again, I like it, it's just a little weird.

All in all, I'm enjoying my experience so far. This device truly could change things up in the gaming world, if Nintendo can continue to draw momentum in sales and produce enough consoles to actually meet the demand of its consumers. It truly is a handheld/console hybrid, and that's a very, very cool concept indeed.