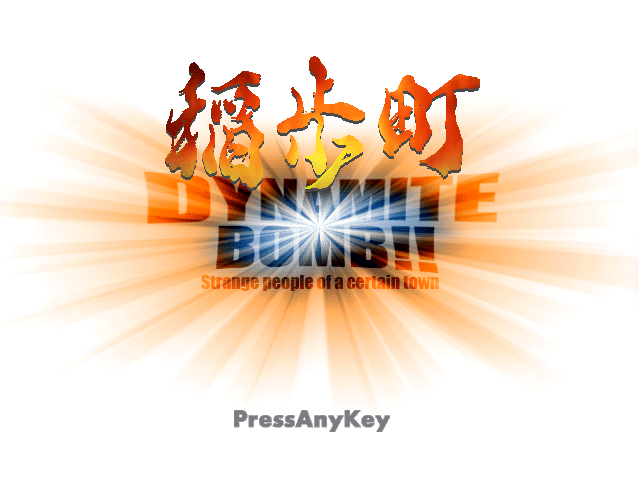 The Japanese indie / doujin fighting game scene isn't anything new or unheard of. While no Guilty Gear or BlazBlue in popularity, there are titles like Melty Blood that have gained at least some following. Inaho Town: Dynamite Bomb!! isn't the most obscure doujin fighter either, yet it also lacks much fanfare. I generally go into doujin games expecting little, but found the title to be surprisingly accessible and competent for the genre.

It's always good to get out of the way that I'm not much of a fighting game fan. I can punch people a few times in a row and throw a Hadouken. You'll get nothing from me about balance, frames, or whatever-ma-call-its. My main concern is how good does it feel to beat up people who live on the right side of the world.... And it feels pretty damn good in Dynamite Bomb. 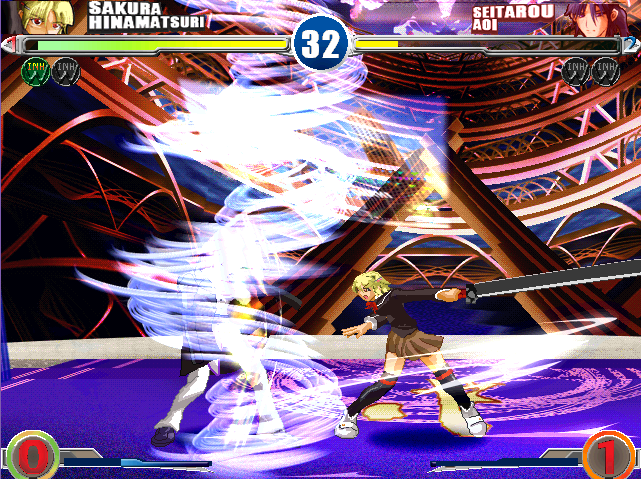 While it largely plays as any other fast-paced one-on-one fighter, Dynamite Bomb has a feature called Follow-Up Commands. These flashy, hard-hitting combos lead directly out of your standard special attacks and cost energy that's built up throughout the battle. Immediately after performing moves using Street Fighter-like commands, with d-pad movements paired with a button press, the player presses a direction to lead into a special follow-up combo. Once activated, no further inputs are needed as it plays itself out.

Timing becomes key as just hitting the other player with the initial blow doesn't guarantee landing the entirety of the follow up action. It takes awhile to learn the timing for each move, largely because each combatant plays so differently. While simple and easy to perform, it does put less emphasis on execution as well as limits the ability to build your own combos. But for someone with limited experience in the genre, it allows you to feel showy without a complex series of commands. While performed the same between each character, the type of attacks afterwards vary drastically. 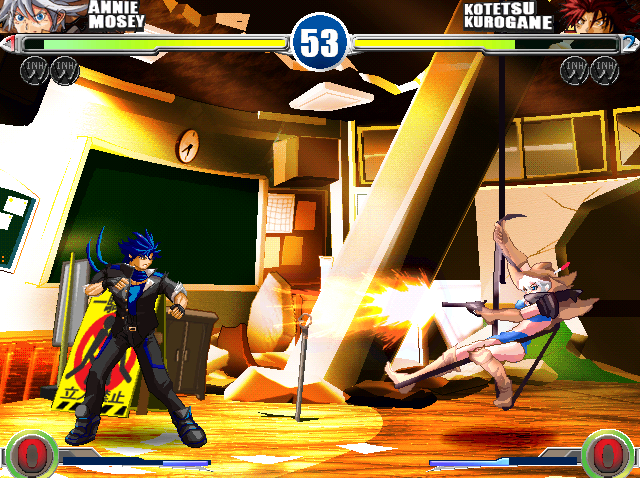 It's a small cast with only eight fighters. The typical brawler and grappler are here, but there's also characters like the cowgirl-themed Annie Mosey who carries an arsenal of old western fire arms, throws explosives and uses a lasso to swing herself around the stage. Or there's the Cybernetic Police Officer, Youzou Ohta, whose body parts transform into a variety of forms that can extend across the stage.

I wouldn't be surprised if any or all of the character types in Dynamite Bomb can be found in some of your favorite fighting games. However, their distance between each other within Dynamite Bomb helps emphasize their distinct attack styles. There are no clones or slight variations on a move set – they're all built from the ground up. 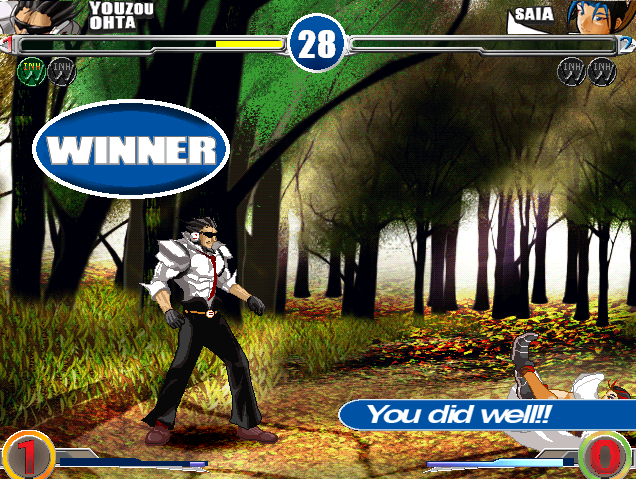 Unsurprisingly, the title has a budget air around it. It seems to only run at a whopping 800x600 resolution. While the sprites are impressively drawn and smoothly animated, everything else can vary. Animated bystanders and dense backgrounds in the crime scene and school class room stages keep the on-screen action colorful and lively. Others, like the library, has only the occasional moving object and static backgrounds.

For some reason, the user interface reminds me of old car commercials. They feature simplistic blue objects with bold white text. The move list is significantly under represented or, arguably, not featured at all within the game. The pause menu auto-scrolls through three basic universal panels that explain the core mechanics, and that's it. Nevertheless, there are some online resources for complete move sets. In general, the bare minimum is done outside of the actual fighting.

Every good fighting game also needs an announcer that screams a ridiculous phrase that's a loose synonym for “Fight.” Dynamite Bomb delivers here with a fierce, “overcome yourself!”

If the game does sound appealing to you, the one big warning I would give is that there's a lack of content. Each character has a story mode that, at least in the DLSite version, goes untranslated... so I assume most here won't get much out of it. Not that fighting games usually have amazing narratives anyways. There's no online play, which leaves multiplayer to local. Without much of a scene around it, I doubt there would be many opportunities to flaunt your mad Dynamite Bomb skills. Unless you're roping a friend in, you'll likely run into a bit of a wall outside of wailing on a computer opponent. 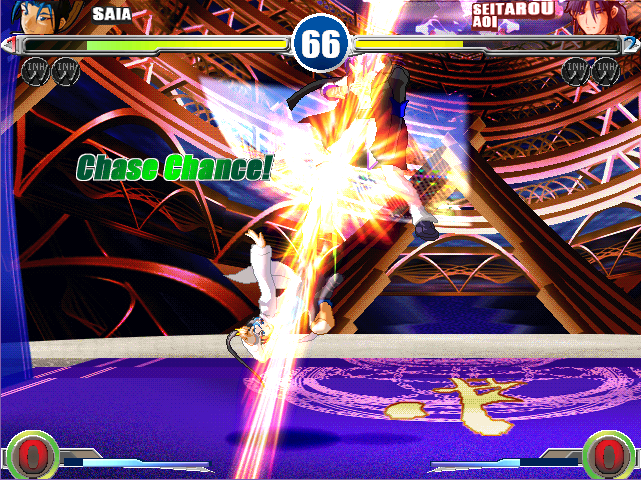 The core gameplay is strong enough to make it plenty entertaining for at least a little while. Even with minimal experience in the genre, it's easy to pick up and play. So, if you can't find a top-tier Dynamite Bomb opponent, there's a good chance that others can get on their feet pretty fast... with the exception of some finicky gamepad support that can make setup more of a headache than it should be. Maybe I'm just bad at setting up controllers on a PC.

As with other doujin games, I think it's easiest just to go ahead and point you to the couple places you can actually buy it if you're interested, including Playism and DLSite.