Two weeks ago, I admitted I was getting older and that the time I would have to dedicate to gaming would be shrinking as time continued on. Realizing that I had missed a whole world of gaming, I asked the Destructoid community to help me make my Sony Bucket List and the response was wonderful.

First, I asked for suggestions of games I should add to a survey to be voted on later. Almost 100 games were recommended.

Last week, I linked to a survey that featured most of the game recommended. Some of the games got a pass based on how many people told me I should play them before the survey. For the rest, I asked you to pick 15 games for me. Because of a few ties, I actually ended up with 19. Without further adieu, here are the results of that survey! 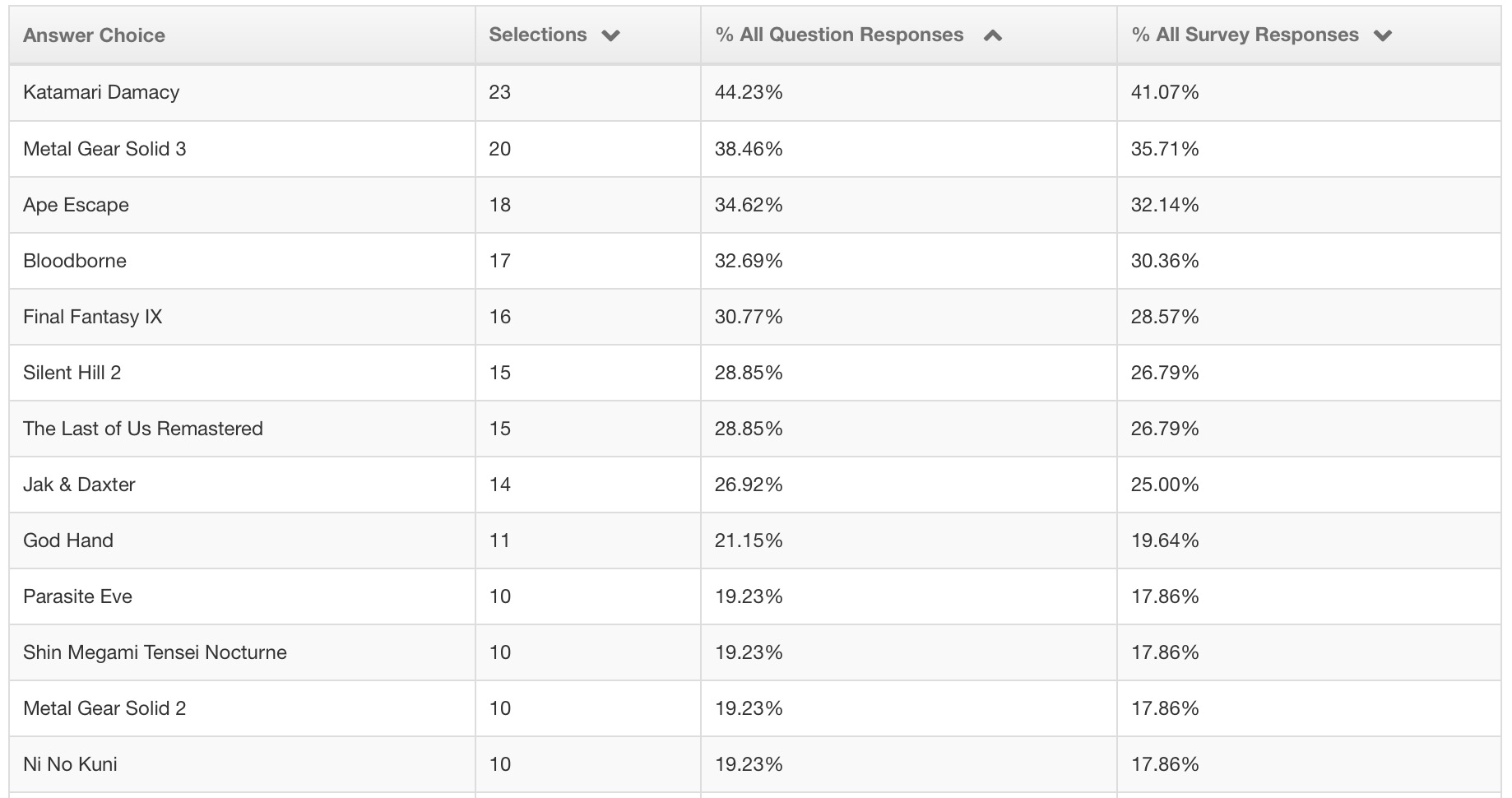 That's it. Those are the results. I was a little shocked to see some of the games that missed making it, but not surprised at all for the ones that did. For a recap, my complete Sony Bucket List is the following:

These PlayStation titles join the Uncharted Collection and Castlevania: Symphony of the Night, which I will be playing for the first time this year.

Thank you so much to everyone who helped out and voted here. You have given me a lot of games to play over the next few years!