Could the Switch be the next Vita? 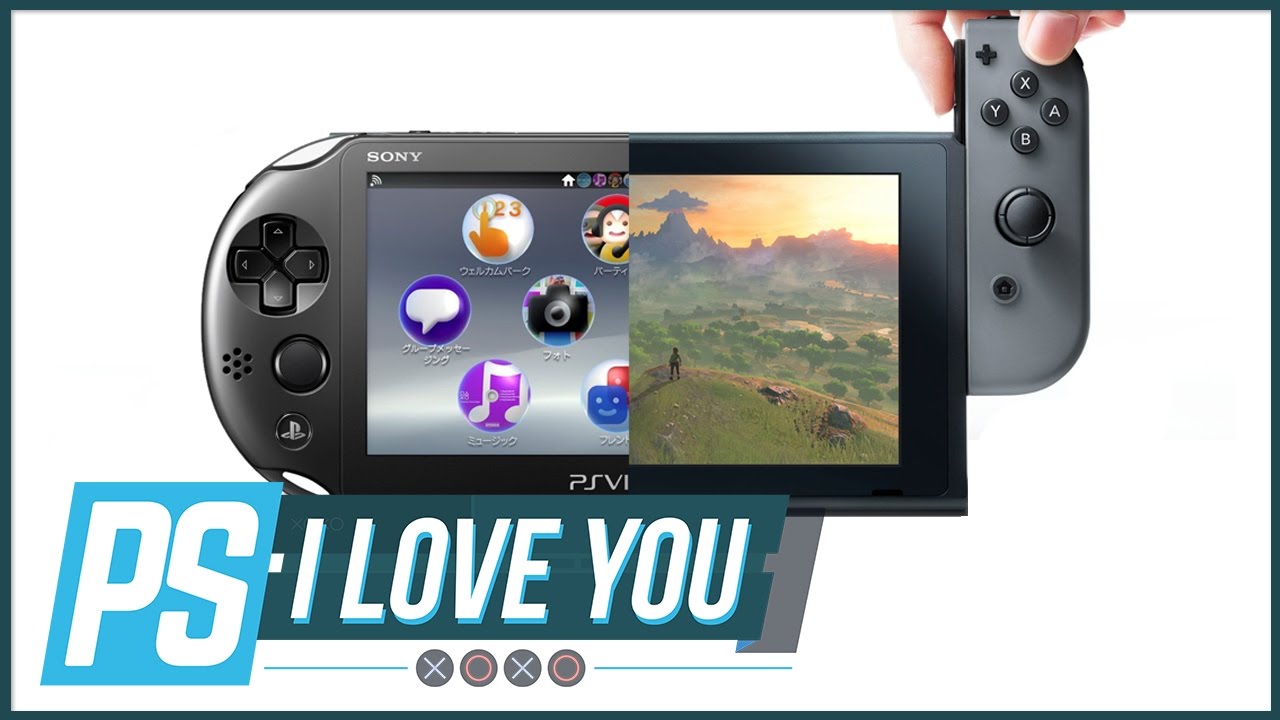 We are just under 2 weeks away from the launch of the highly anticipated Nintendo Switch. Recently, a user over at NeoGAF was lucky(?) enough to get their hands on an early shipped console, which has many fans discussing the apparent UI and setup of the cute little handheld/console hybrid.

Hype comes naturally when it comes to these sort of things. The Nintendo Switch seems to be a very powerful handheld device, which can also double over as a console via a docked hub. While we don't know the specifics on the hardware yet, it would seem that the Switch is more powerful then the Wii U, and it's ability to produce HD visuals is also a big step up from that of the 3DS.

While this all looks great through Nintendo goggles, we tend to overlook a very similar device that was released back in the year 2012. I'm talking about none other than the Playstation Vita, a device that featured front and rear touchscreen, two analogue sticks, and a qHD resolution that was way ahead of it's time.

Easily one of the most under appreciated gaming devices that I have played with, the Vita was chock full of potential from the start. At first glance, there was no way that Nintendo's 3DS could go toe to toe with the Sony handheld, which graphically could almost hold it's own with the current (at the time) PS3. Essentially, the Vita was a high powered gaming tablet, which featured web browsing, Netflix, and various social media applications.

The Vita started strong enough, producing a few very solid titles. Games like Uncharted Golden Abyss, Persona 4 Golden and Gravity Rush really made the little device a charming and unique handheld. Unfortunately that early hype would fade away within the first couple of years, and at least within the US, the Vita started to lose the support of first and third party developers, quickly.

Sony, in an attempt to wrap up the life of the PS3 and produce the PS4, adverted its attention away from the ahead-of-it's-time handheld, and in doing so left it all but for dead. While the device was actually quite popular in Japan, Western sales simply couldn't compete with dominance of the 3DS. As we see the Vita fade away into the sunset, we still, more than 4 years later, see a device that never truly reached it's full potential. 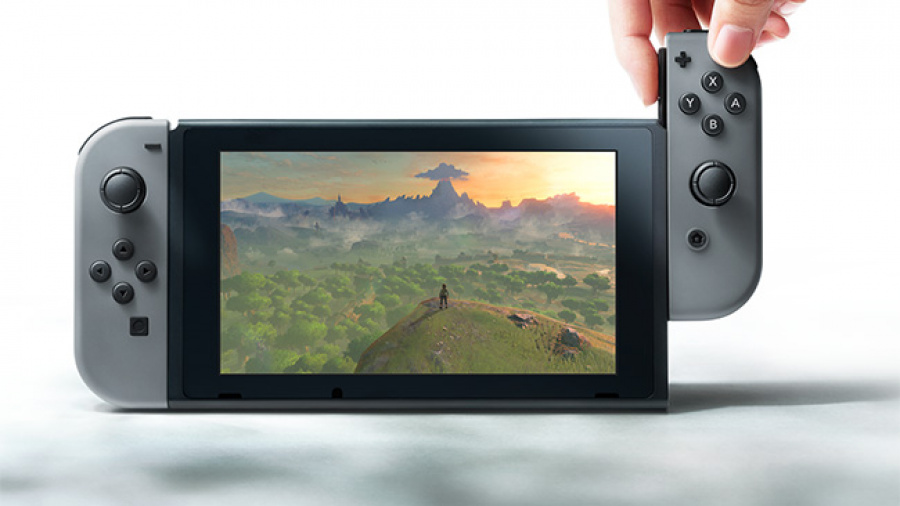 Enter 2017 - Nintendo, having seen huge success with the popular 3DS handheld, and the struggling home console Wii U, is now on the verge of releasing an entirely new beast unto the market - the Nintendo Switch. The Switch, similarly to the Vita, is a powerful gaming tablet device that sports touch screen, HD vibrations/motion controls via its joy con controllers, and 720p HD resolution (which may be bumped to 1080p when docked into a TV hub).

As a console, it would seem that this little device falls well behind the power of both the current Xbox One and PS4, but as a handheld, this is easily the most powerful on-the-go device we have seen to date. Even when compared to the Wii U, it can hold it's ground, and may even boast more powerful specs than its predecessor.

A confusing early setback to this device, however, is its lack of social media apps and programs such as Netflix. This has become somewhat of a staple in modern day media devices, and it is very questionable (to say the least) for Nintendo to opt not to support these programs right out of the box. One would think that this should naturally be in the works down the road, but it is still an ever puzzling choice in my opinion. 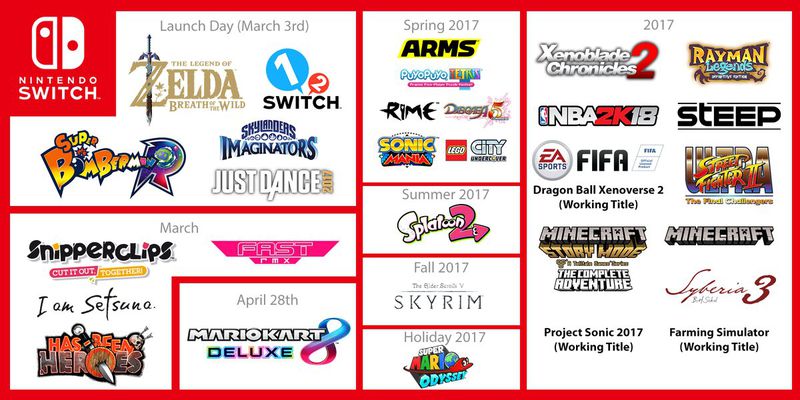 As you can see, there are quite a few solid offerings year one for the Switch, with many titles not mentioned in the image above. While this is very promising, and gives Nintendo fans reason to be optimistic, the most critical factor is for Nintendo to have a continuous flow of popular games being released, without going long periods with nothing to offer. This was the case many times for the Wii U, and it hindered the device's success greatly.

The Vita also boasted many fun offerings during its first year or so, and yet Sony opted to put it on the backburner. Nintendo needs to look at the Vita very closely in that regard, and learn from Sony's mistakes. It's not enough to simply have a cool piece of technology - moreover you have to find ways to make fun games that will capture your audiences attention, and persuade developers that they too can have success creating games for the device.

If Nintendo can start strong, and follow up with that sort of energy and momentum, then the Switch could do very well. The device, in itself, is already impressive, and has many fans buzzing with excitement. It would be wise for Nintendo to follow up shortly with app support for programs such as Netflix, and possibly even Twitch. It certainly couldn't hurt for it to have a solid eShop readily available early on, with consistent updating and additions to downloadable content.

I would love for the Switch to be the system that the Vita could have been. I would love to see it make a huge impact on the gaming world with it's success. Time will tell if this will become a reality or not.