Upon arriving home from a hard day at work or sat in lectures, sometimes you just want to kick back and play a ton of your favourite video games. However, hunger pangs might strike at the exact same time. Managing your inventory while managing a steaming bowl of clam chowder may be your idea of a nightmare, but others think nothing of tucking into a three course meal between spawns. 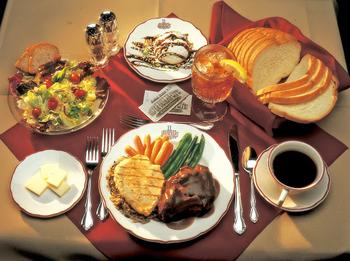 All in a day's work for the "Gourmand Gamer".

The different approaches to eating and gaming can be neatly reduced to 5 different categories, with varying commitments to unlocking achievements and to lining one's stomach. Some tactics result in a trimmer figure, while others result in stained couch cushions (and not from too much time spent playing HuniePop). Grab a bowl filled to the brim with your favourite morsels while we dive right in, just like Homer Simpson at a straining buffet table.

Juggling a dishful of something tasty with trying to stay focussed on super-involved action-adventure shenanigans might be too much of an annoyance for some gamer. Maybe the player wants to keep their collector's edition controller in mint condition and avoid that telltale Cheetos smell on the buttons. It could even be that the gamer is fully gripped by a boss battle and so doesn't feel the need to eat anything for, say, the next 6 hours.

This sort of gamer is happy to just get on with their quests without even so much as a packet of peanuts. 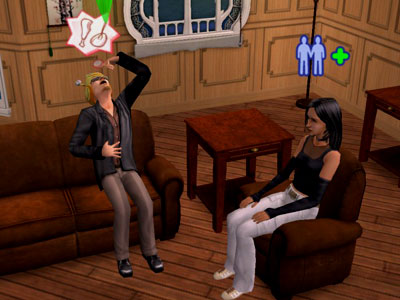 It may be that the gamer finds it easy to ignore their Hunger meter or that they simply never feel hungry while gaming.

For me personally, food and gaming go hand in hand, since they are both methods of letting go and recuperating after a stressful day. So those of you without full plates next to you, I admire your fortitude, but I'll stick to my mountain of fries.

Fast reflexes are a must for success, particularly in FPS campaigns. Bombarding your system with sugar and caffeine is probably your best bet to maintain the level of focus needed towards the end of tough games, too. Some may load up on doughnuts and chocolate bars to give them short bursts of extra concentration. Others may bypass solids entirely and instead opt for energy drinks, glucose-heavy chocolate shakes or steaming cups of black coffee.

This tactic is probably more suited to the younger gamer, who may adapt their systems to this technique not just for all-night gaming sessions, but also for all-night completion of university assignments. It is not for the faint-hearted or for those lacking an iron stomach, particularly regarding the coffee chugger. A few weekends of this mayhem and your toilet will never be the same again.

Seasoned gamers who also love their tastebuds may plan their snacking habits down to the last crumb. A successful gamer is indeed a prepared gamer, and for them this means having all the tools for efficient nibbling in their arsenal.

Whether going for nachos or something a little bit classier, such as bruschetta, the "Stealthy Snacker" specialises in bite-sized doses of tastiness.

This gamer may pick cheese and crackers as a healthier alternative, or chips 'n' dip for a fattier mini-feast. The main thing is that the food is divided into small pieces and tastes great. They will use any gap in the action as a green light to shovel grub into their mouth, and will not hesitate to splutter into their headsets mid-chew. The stealthy snacker is not necessarily the stylish snacker, but who cares when you're fuelling up and clocking record numbers of headshots, all at the same time?

Alias: the Takeaway Tsar. This sort of gamer teams their sessions with a hefty - often cholesterol-laden - order from their local Domino's, tucking into the crisp dough at whatever chance they get. A little less skilled than the stealth demon at number 3), and also a little more indulgent, the Pizza Pounder sees their Friday night meat feast and a round of Resident Evil 5 co-op as a veritable celebration.

This type of gamer is probably the one most likely to invite their friends round for beers, greasy food and a few rounds of Super Smash Bros. The consumables and games mingle together for the type 4) player, creating an overall experience which is greater than the sum of its parts. You can trust this gamer to have their local fast-food joints on speed-dial and to have a heap of coupon codes stashed away in their desk drawer. Pizza and gaming have been a match made in Heaven for longer than I've been alive.

This regal fellow doesn't do anything by halves, whether that's going full completionist on their game of choice or polishing off an overflowing bowl of home-made curry at the same time. They don't really see the need to alter their eating habits around other recreational activities, so they try to fit full meals around a bulky controller and QTEs, resulting in a steady drip of sauce or marinade splattering onto their swivel chair.

This gamer adores the culinary arts too much to do without their nightly fine cuisine, even if it means a tougher route through their beloved games. Their carpets and clothing may suffer for it, and half their food may be cold by the time they even get to eat it, but you've got to admire the determination of this type of player. Relatives and friends may be well advised to get the Gourmand Gamer a lobster bib instead of yet another PSN voucher.

Do you eat while playing games? If so, what do you tend to eat? Let me know in the comments down below!