I couldn't make this Fauxclusive work, so revel in my failure 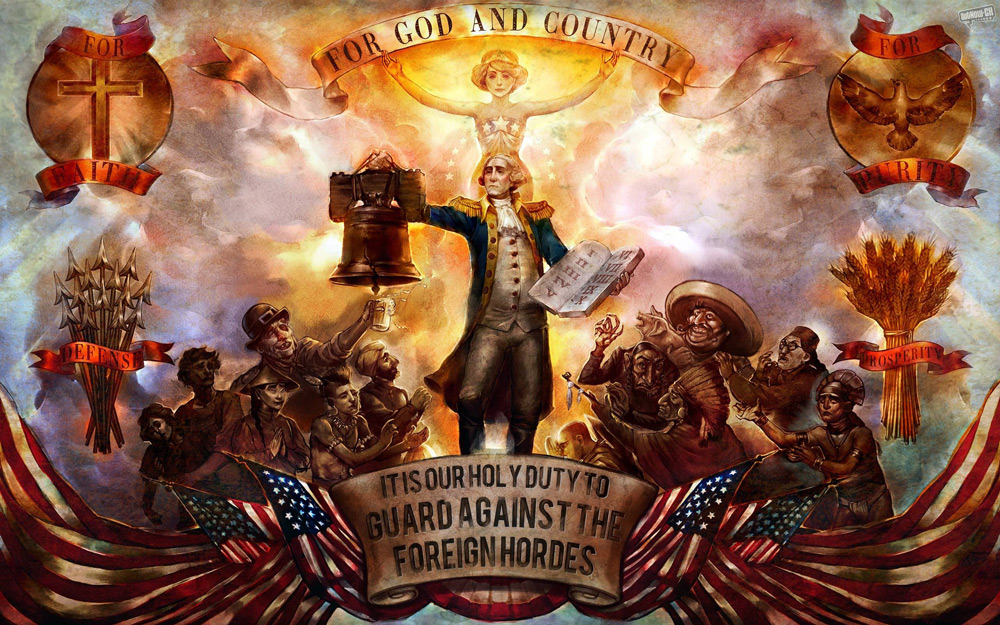 With its continuous warnings of a future America under control by a fascist regime and deeply divided along religious and racial boundaries, all intertwined with brief videos of intense first-person shooting action, Salt Lake City resident Peter Hyden is pretty sure his Twitter feed is spoiling the plot of the next Bioshock game.

Hyden said he joined Twitter a few years ago to stay up to date on breaking video game news. But lately, instead of cool news about upcoming titles, he said his feed has been filled with catastrophic predictions about the effects of populist idealism, immigration crises and other potential plot points you know Ken Levine is just wetting himself over.

"It was like one day everyone's all blah blah repugnant idealogues this and blah blah religious purity that. It's fucking exhausting," Hyden said. "But just when I think I can't take any more of these long, plodding lectures about how ignorant these political concepts are, someone posts a video of a guy getting his head blow off with a modified shotgun and I'm totally back in it. Basically, my Twitter feed has turned into Bioshock Infinite."

"I think the worse thing is just how in-your-face Twitter has been," Hyden explained. "There's zero subtlety. It's all racism in your face, sexism in your face, fascism in your face. They're just beating you over the head with it long after you've already got the picture, and if that doesn't describe a Bioshock game then I don't know what does."

Cynic without a Cause   1