Break on through to the other side

If you follow me, you know I have my own way of viewing the world. Yes, everyone has their own way of looking at things, but I find myself going against the grain. Some games that have been panned often have a special place with me, and I believe that stems from what I esteem in games and what I’m willing to put up with to see it.

Part of the reason I own older consoles is because there are certain types of games that aren’t popular anymore, and the only way to play them is on older hardware (at least without resorting to emulation). The N64 is a great example of this. If you look at it today, the graphics are blurry, the characters have very low polygons, and the framerates are all over the place, usually 30 but often not even getting that high. Most gamers would look back at most of these games and find them nigh unplayable. While I will admit, some rose tinted glasses are sometimes need to enjoy some N64 games, there’s something undeniably charming about them. I can’t help but love low poly character models and simple environments. The indie games often emulate 8 and 16 graphics, but then jump right into HD, they skip 32/64 bit games entirely.

Does anyone else want to see this in a modern setting?

But it’s more than just an aesthetic thing, look at games like Jet Force Gemini, Banjo Kazooie, and Diddy Kong Racing, those games are a (pardon the pun) rare sight to see today. 3D Platformers aren’t really being made, shooters are a serious business, as are racing games. There’s no room for that cartoony stuff, but wait you say, what about Sonic All Stars Racing, Yooka Laylee and Splatoon? Well these are the exception to the rule, and I couldn’t be happier to have them.

When I’ve talked about this to other gamers, I was told it was just about longing for the past, and to be clear this is decidedly NOT what I want. I have old games/systems, I want modern developers to make modern games with these lost conventions. I was also told that it couldn’t be done, but clearly it has been. Some good examples: Mortal Kombat as a series has had its ups and downs, but with Mortal Kombat 9 it returned to its roots and became a competitive fighter. Killer Instinct was long dormant, but the developers managed to take a near 20-year-old game (at the time) and modernize without taking away the charm that made it so endearing.

I’m not sure why anyone would be against reboots but they can be the best thing for a stagnating franchise. Tomb Raider (2013) blew me away, Doom (2016) is unapologetically violent and gamey, Rayman was a return to form, Kid Icarus modernized the series in a way I never thought possible, and Donkey Kong Country feels as if it never left us.

But what about those games that aren’t universally loved? The ones that maybe strayed too far off the beaten path. Well, I have some opinions on those too. First off, every modernization (sequel, reboot, etc) has to be evaluated on a case by case basis. Second, I don’t feel it’s fair that a game be damned for straying from the established path that previous games started.

A good example of this is Resident Evil 4. Yes, the game was (and is) almost universally loved. It was the first game in the main series to break away from the fixed camera angles and tank controls, but also it was the first game to shift the focus from survival horror to action. The game was so amazing that people just didn’t care, beyond that though, change had to happen. If you play Resident Evil Origins, it’s pretty obvious that the gameplay is just plain dated. At the end of the day these conventions are based around the limitations of the original Playstation, the fancy graphics can’t hide how clunky and unnatural the controls and inventory system are. Now for those of us who grew up with the games can understand why they play the way they do, but for those who are used to more modern game design, it can be a very scary place to introduce yourself to the series, and not in the way the game intended.

Fast forward a bit to Resident Evil 5 and 6. These games are so far removed from the series roots it’s hard to imagine it being a Resident Evil at all. But for all their problems, I still like these games. Going back to my first paragraph, I often find myself liking games that other people don’t.

Case in point, for all of its problems, I don’t hate Resident Evil 6. It’s incredibly ambitious, it’s the largest scale action game I’ve ever played. It’s 30 hours with 4 campaigns with fleshed out stories, has some fantastic multiplayer modes, it fixed the braindead AI for your partner, fixed the awful inventory system of the last 2 games, and allowed you to aim and move at the same time. Now the game is a roller coaster of quality and downright broken in places. I feel like if they had just scaled it back a bit and gave us some consistency it could have been a much better game. It was a victim of being too big for its own good. So, while I am glad that Resident Evil 7 is going back its root and making for a much better game (as is my understanding, I haven’t yet played it), I can’t help but feel Resident Evil 6 didn’t get the praise for what it did do right.

Star Fox Zero is another example. Maybe it didn't stray too far from it's roots but it's panned for having some unique controls. Okay, I'm being too nice, the controls are actually downright bad. But I feel like that's the worst sin it commits. If you can get over being forced to use two screens and using the gyro controls, you'll find that it's a modern take on the classic Star Fox 64. The visuals are downright gorgous, the bosses are clever and challenging, it's full of secrets and alternate paths, you can't possibly do and see everything in one, or even several playthoughs, much of the depth is hidden. I loved all the different vehicles you can pilot it felt like Pilotwings at times, where the challenge is to learn how to fly/drive the craft. I can't deny how frustrating the game can be, but at the same time I can't say I've played anything like it, that counts for a lot for someone who's been playing games for so many years. 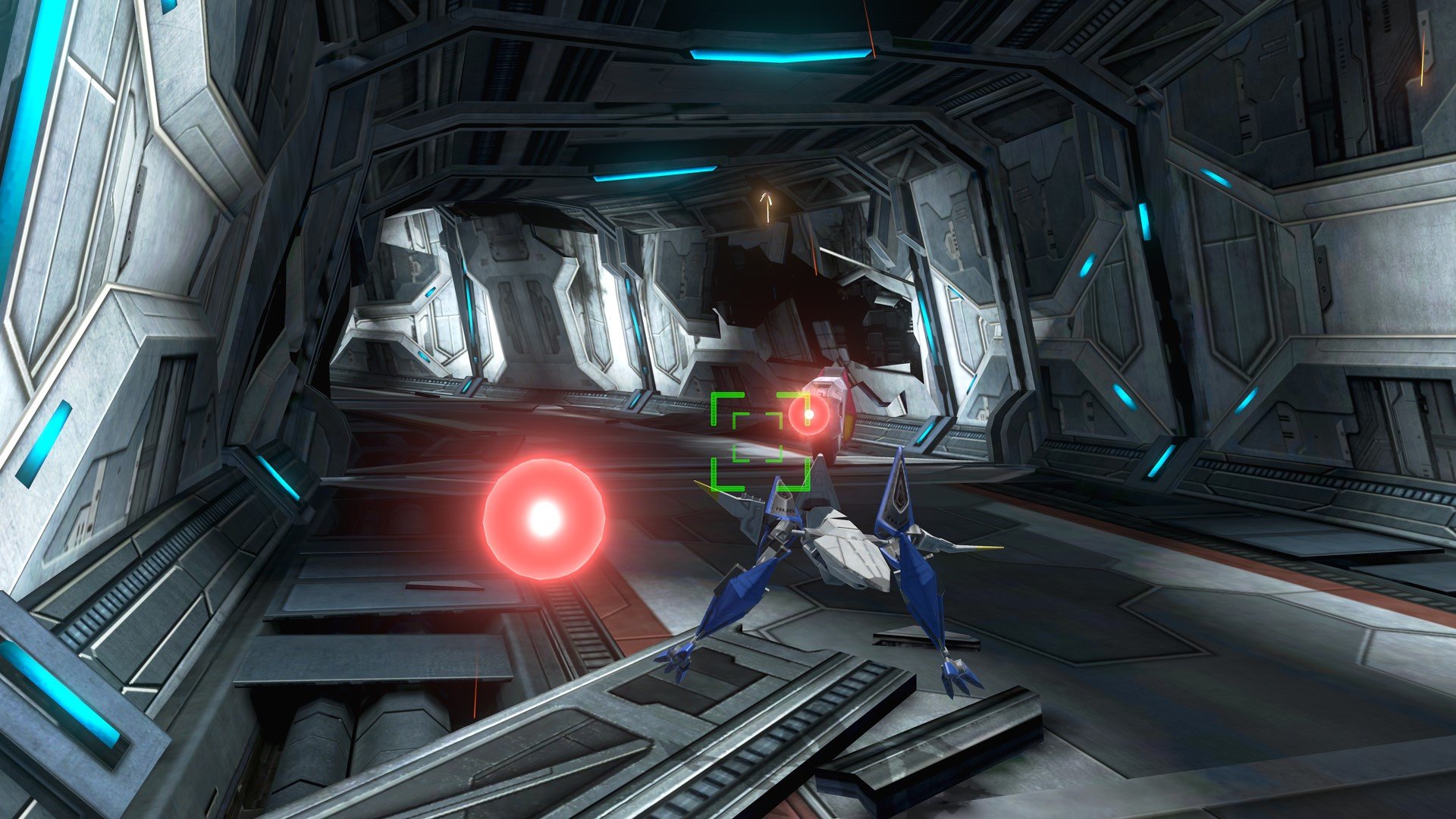 Finally, we get to Banjo Kazooie: Nuts and Bolts. I know you guys hate this game, and I know why, but I don’t feel like it’s a very good reason. First and foremost, this is NOT Banjo Kazooie 3, yes, it was shitty how Microsoft/Rare brought the series back after such a long hiatus, but does that make Nuts and Bolts a bad game because of what it isn’t? Listen, I too was disappointed to find out that Nuts and Bolts wasn’t a traditional platformer, but once I got over that fact I found it to be a legitimately compelling game. The car creation tool is amazing, you can literally make just about anything you want as long as it fits within the laws of physics. I adore the fact that it gives you an objective and lets you do it however you want. If it’s a race you can make a tank and blow the enemies off the track, or jump over obstacles, or go for pure speed and go around them. Another objective has you knocking down a bunch of giant dominos, you can make a helicopter with a wrecking ball, or an overpowered backhoe. As you progress and find better parts the game gets even more open. The whole game is like that. Almost 10 years later there is literally nothing else like it on the market, and people didn’t like it because it’s a spin off. Some may say it would have been better received had it not been a Banjo Kazooie game, but I would have missed it otherwise, plus the amount of fan service it the game made it all that much more enjoyable to me.

At the end of the day I guess what I’m saying is, I like for games to break away from the status quo. Yes, it doesn’t always work out, but in a day and age where we’re getting annualized installments with marginal changes, don’t you want something a little fresher?  I urge you as gamers to avoid that safe sequel that we’re all too guilty of buying and take a chance on something that you don’t know what to expect. It doesn’t have to be a brand new $60 release, but maybe there’s that game that looked interesting to you but got panned. You might find yourself a fan of a new series.