If any of you know me for my blogs, you either know me for two things: flash games or VGM (short for video game music, for those who don't know). Both are a huge part of my gaming life, as well as my writing career. Flash games are easy to write about, summed up into little reviews. VGM, on the other hand, is something not exactly deep enough for me to write a whole blog about alone, leading me to compile multiple pieces into one compilation, creating the long running series I have dubbed the VGMCs.

And then I got to thinking: why not do a mixture of both? Instead of writing one big review of a small flash game, why not do a short review of a few? And that - plus some alliteration - is why I created the series I'd like to call Flash Games Friday! Without further ado, here you go! 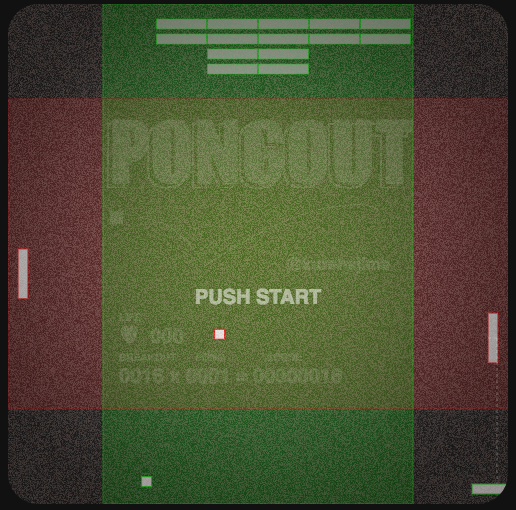 This is the game that finally got me to start this series, so I find it fitting that I look at it first and foremost. While superb in execution, PongOut is still a simple concept and hard to look to deep into. The whole idea is that you, using just the mouse, are simultaneously in control of a game of BreakOut and a game of Pong. It's not too complicated of an idea, but the multitasking between the two different games is certainly a fun time. The aesthetics are really simple and easy to understand: you have a vertical, green box for BreakOut, as well as a horizontal, red box for Pong. The music? Nonexistent. But that's cool, because the sounds aren't half bad.

Aside from all that the game is executed in a really clever, fine-tuned way, and in just about every way. The scoring multiplies the Pong and BreakOut scores; all the info you could ever need are in the middle of the screen yet neatly easy to ignore; and the two game actually interact wit heath other, with cases like the two balls getting near each other and curving one another's trajectory, or how the broken blocks fall and can bounce back the ball from Pong. For as short as it is, PongOut is a sincerely clever game that deserves a look at. 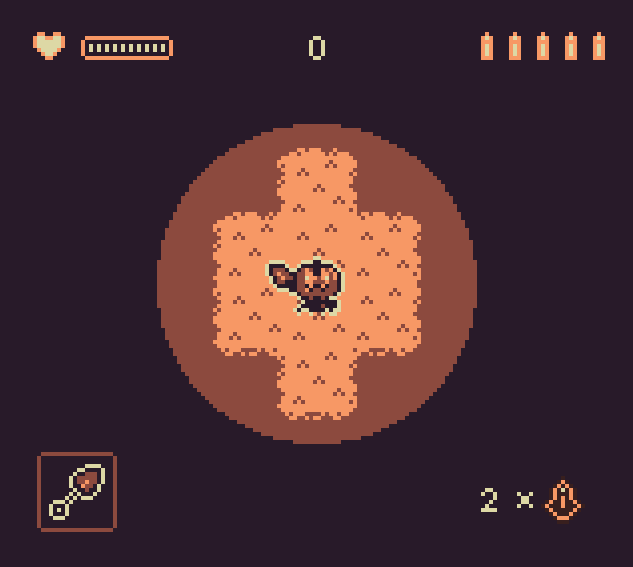 Pumpkin Kid is a simple, short, top-down shooter revolving around a little kid with a pumpkin head. The goal is never stated, and honestly I'm still not entirely sure what to do. You run around and collect candles to temporarily expand your little bubble of light, and activate pumpkins around the area so that they too can give off their little temporary bubble as well. It's all pretty fun at first, shooting skeletons and slimes or hitting them with your shovel, but eventually you start to wonder what's next. All of the pumpkins die out, and to my knowledge you can't do anything else with them after that. So more skeletons and slimes spawn, and you kill them, and I guess that's all. Not too bad, but not too terribly interesting at the same time.

The 8-bit styled graphics are an interesting color pallet of black and orange. Fitting for the theme the game was going for, so I'll let the lack in color variety slide. The audio design is 8-bit as well, and while fairly generic it is fitting. I think that kinda describes this game nicely though, in all honesty. While it's not something I'd personally go out of my way for having now tried it, it is a fun little play for the Halloween season. 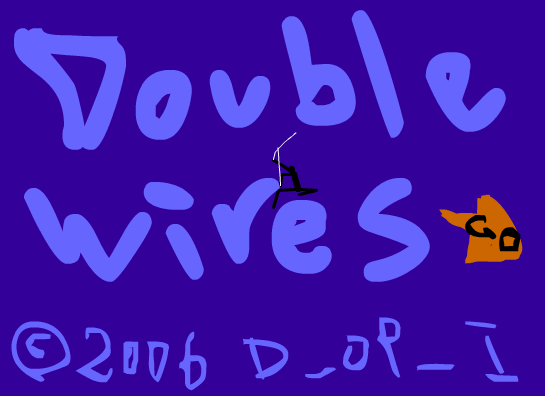 Double Wires is an old but gold title, being on the internet pretty much before I was. It's one of the earliest flash games I know about, and perfectly embodies what a flash game was back then, and to an extent is now: a small, experimental title just for screwing around. This is exactly that. The game is a 2D autoscroller, with your sole goal being to use your two wires to follow the camera without either falling behind or falling into the abyss. It makes me think of Spider Man in a lot of ways, but I guess with two wires that you use to sling yourself around that's kinda natural.

The ragdoll physics are as fun as always, and being paired with the wires allowing you to sling yourself everywhere is not only a blast but a decent challenge as well. The player character walks automatically, and the camera even moves forward if you fly forward at a faster pace, so there are virtually no camera issues and if you fall behind it really is your fault.

The graphics look like they were made in MS Paint, and they probably were, but in all honesty it just really works with this game. It may just be me being nostalgic, but the make-shift patchwork style of everything is ever so charming. Normally I'd say that a lack of any audio whatsoever is a downside, but considering the experimental nature it honestly fits. Again, that may just be my nostalgia talking, but still I feel like it works.

Then again I am a total sucker for games that allow you to play around in the title and game over screens.

And there you have it! Hopefully you found at least one of these game's interesting. If not, I'll probably be doing plenty of these alongside my standard reviews. I like to imagine this series similar to my VGMC series, mostly in how it's more so a shout-out to the games that caught my eye as opposed to what I write about them.

You'll also notice how I plugged FreeWebArcade with both the title banner and the links to where to play the games. Am I sponsored by them? No. Would I love to be sponsored by them? Yes. Very much so. I absolutely love FreeWebArcade. I've used it for years, and it's been one of the most reliable websites, never using a lot of adds, always and consistently uploading at least interesting games, and is simply my go-to for flash games.