So, 2016 was a pretty big year for me. I had just graduated college mere weeks before the year started, quit my old shitty job and started a new shitty one, had a summer of extensive travel with my band, and got married to a woman with real human lady-boobs and everything! And while none of that sounds like a ton of work, needless to say each big moment (and every little one) sapped a lot of my already-elusive free time, leaving me with way less time for my favorite hobby than I’d ever had before. It was a good year, but a really busy and stressful one - which is probably why I got shingles!

But seeing all these “Best of 2016” blogs has really got me feeling jealous. Since time was at such a premium for me, I didn’t get to play a ton of new games this year, and the ones I did play I didn’t really get to invest the quality time they deserved. But I can’t in good conscience just sit idly by while everyone else talks about the great games they played last year, so I decided, Hey, why don’t I write a best-of blog about the best games others have played last year? It’s probably a good idea. So welcome to Wes’ Nine Best Games of 2016 (Probably)!

HONORABLE MENTIONS (Or for our friends in the UK, Honourable Mentiouns): 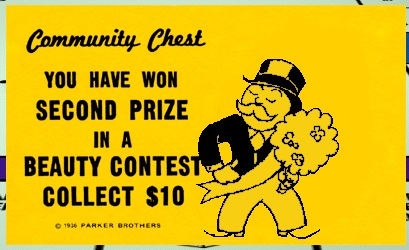 I played these games, so they don’t qualify for the list proper. Still they were released last year, and I actually sat down and played them a little!

I bought this game on launch day. Today, I am level 30. Wow!

Most of my time playing this game has been spent naming stupid things, and gathering enough resources to leave the shitty, barren planets (which is most of them).

I bought this game almost entirely because of its wonderful reputation on Dtoid. I still haven’t completed the story, and haven’t even touched multiplayer yet. [Update: Since first writing this comprehensive review, I’ve sold the game.]

I bought this entirely on a drunken whim, and played exactly one time with a few Dtoiders. Also, it needs way more punctuation in the title.

Kind of like the first one, but prettier! I made it about halfway through.

I bought the season pass when it came out. I played the first level.

And those are all the games I played last year! What an exciting year for me! 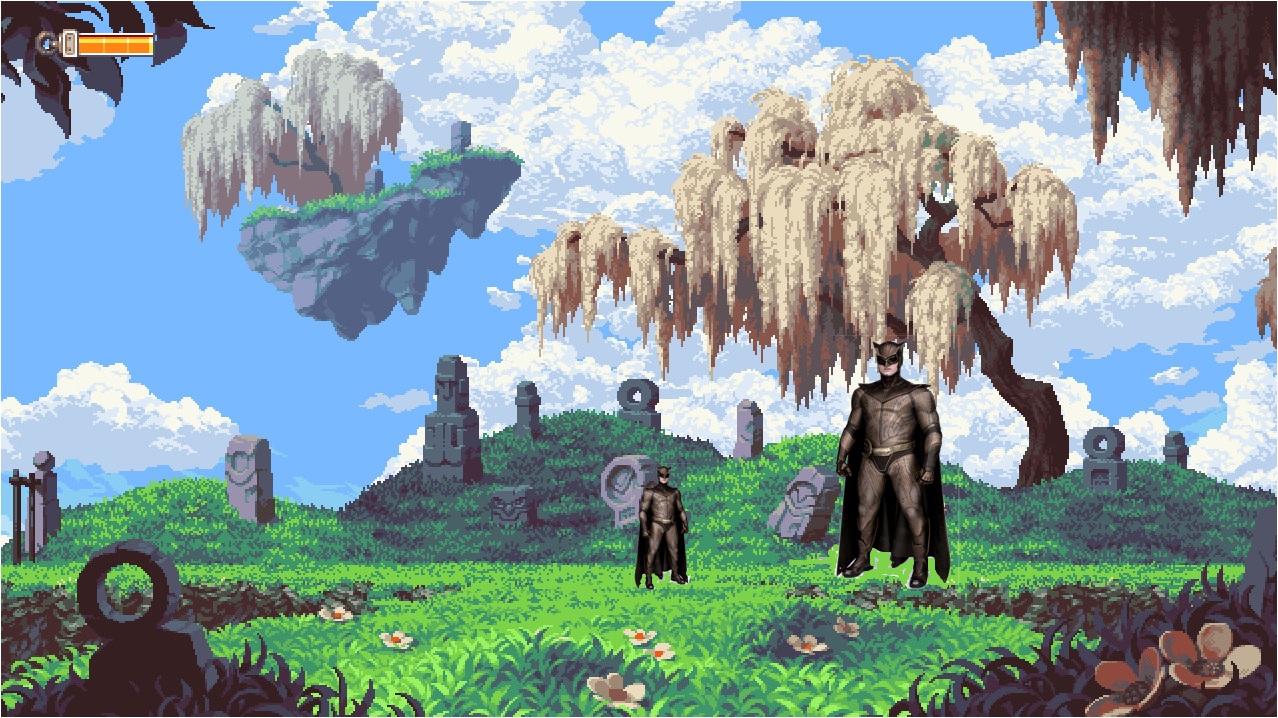 Owlboy, the visceral and sexually-charged videogame prequel to Watchmen, follows the eponymous Owlboy in his quest to overtake his father’s throne and become the one true Owlman. This game would be much higher on my list, but several serious flaws hold it back: 1) I haven’t played it, and 2) you can’t be a female Owlboy. It’s a puzzling design choice, as each level ends with Owlboy sitting down to pee. It’s a decent game and everything, but it could have been so much more. 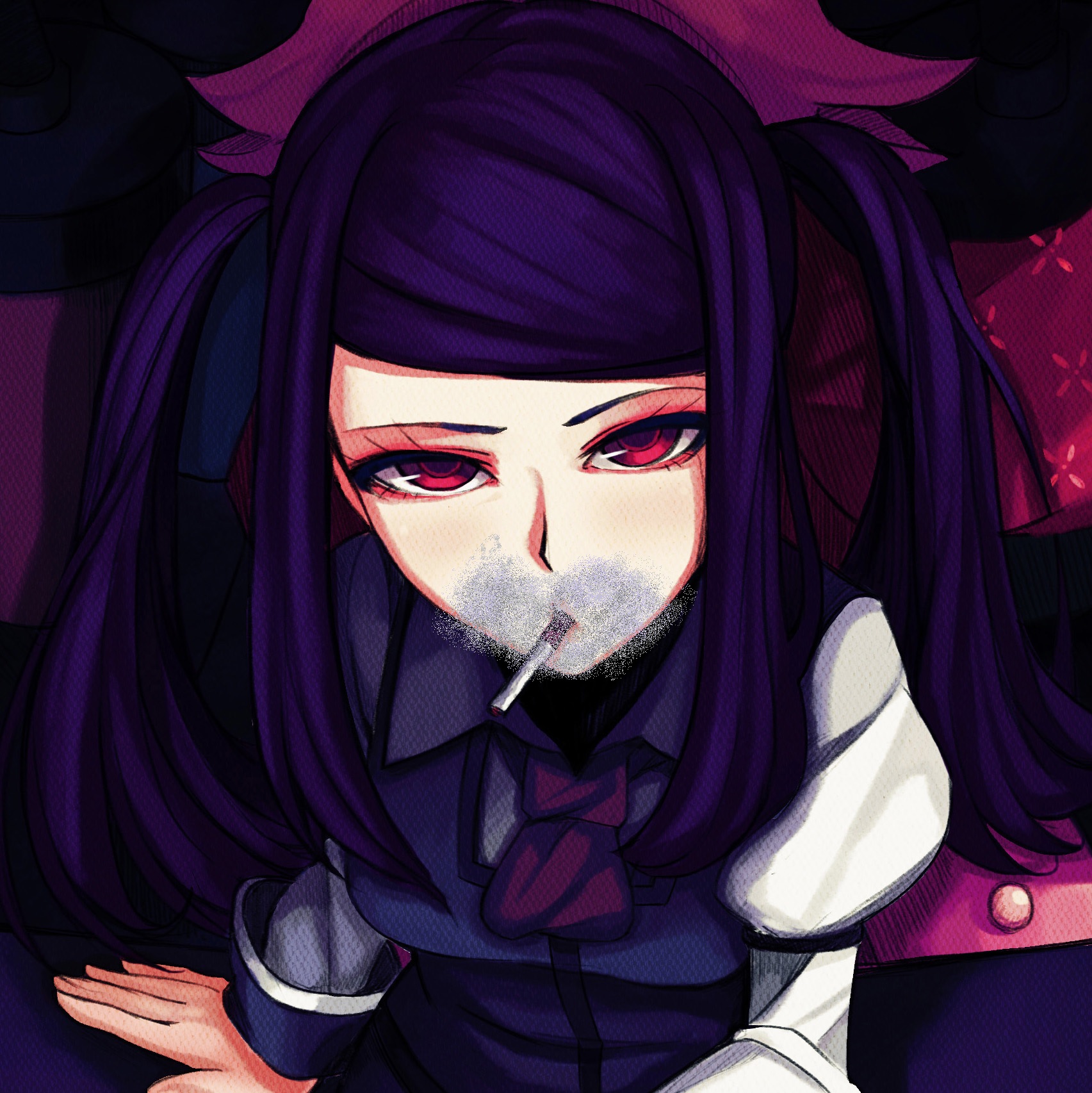 After the success of Fury Road and the current-gen open world game, the Mad Max series is finally starting to hit its stride again! VA-11 HALL-A is the spiritual successor to Fury Road, wherein we follow the exploits of the War Boys after they’ve made the ultimate sacrifice and ascend to heaven, chrome faces and all. Apparently, the War Boys drove recklessly and blew up other vehicles to sit in a bar for the rest of eternity. I guess it beats driving through electrical storms in the desert? Had I played the game, I’d spend the rest of this mini-review talking about the gameplay, but since you really just make cocktails for half-naked desert-men using chrome-colored spray paint and little umbrellas, I think it’d be a bit redundant. 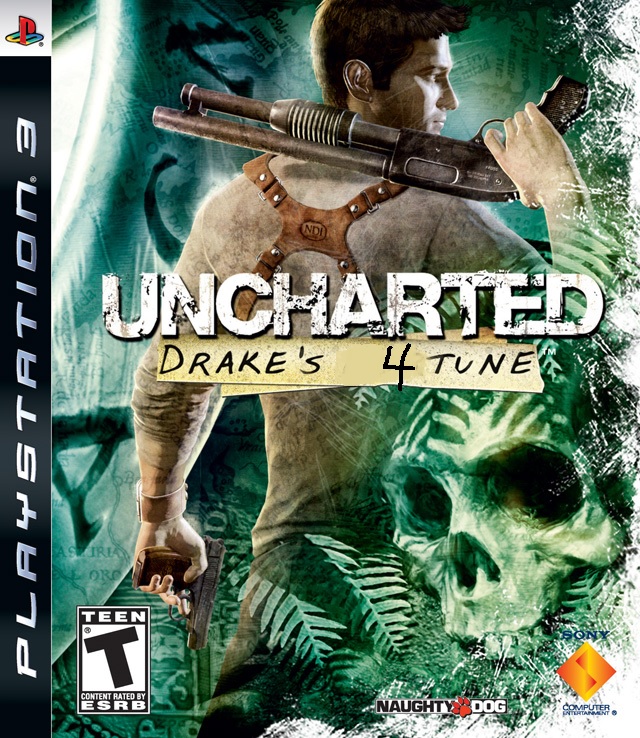 Lots of folks put Uncharted 4 way higher on their lists, so why have I placed it so low on mine? Well, for starters, I didn’t play it. I did, however, play the first three games in the series, and based off of those I’m sure there’s plenty of beautiful scenery, absolutely epic action setpieces, and lots and lots of innocent people to murder. And since cutting down the amount of Drake’s smirks and winks at the camera by roughly half would literally make this game the best written one in the entire series, I have no doubt it’s improved in every single way. But man, how many times can you un-chart something? Amerigo Vespucci un-charted the fuck out of North America, and despite that asshole Chris Columbus (despite directing Home Alone which totally rocks) stole all the credit, he still doesn’t have his own game. But they gave that douchebag Nathan Drake four? (Five if you count the Vita, which Sony does not.) Time for a break, guys. 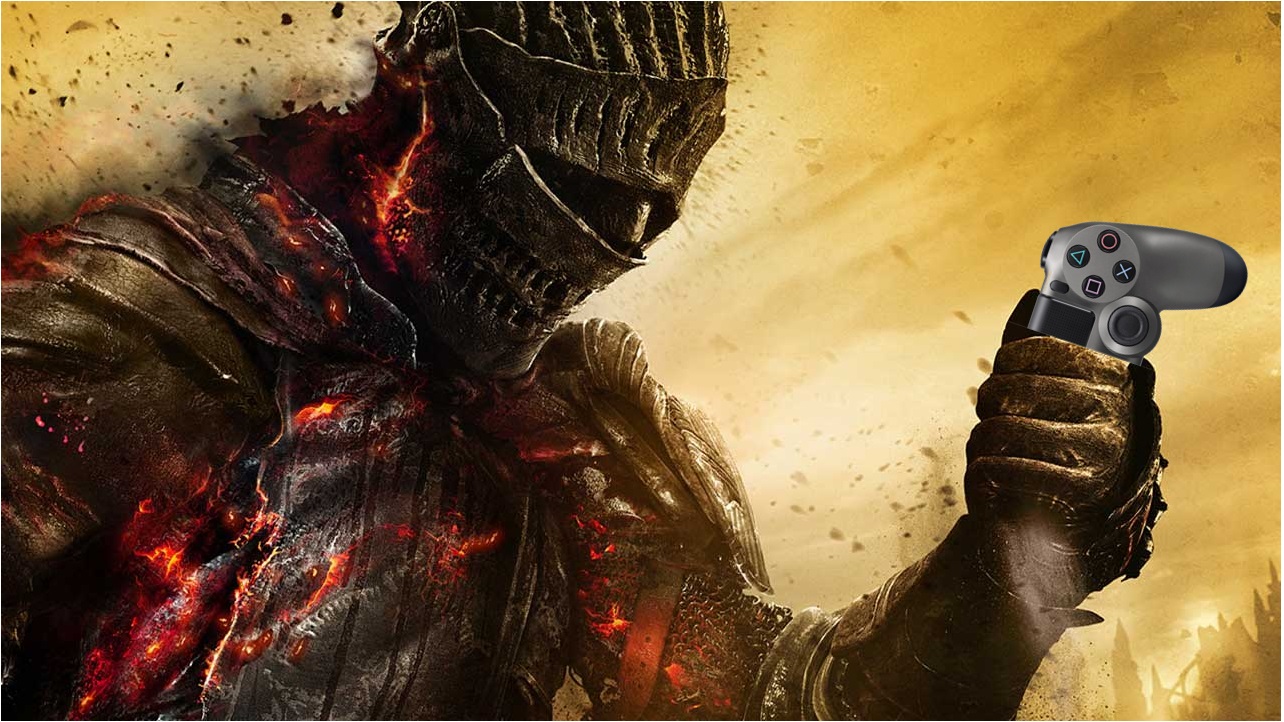 I played roughly one level of Demon’s Souls (the original Japanese release was called, Morisatu no Kawaii: Konichiwa no No, which roughly translates to, Fuck This I Quit: The Videogame in English) before realized I didn’t have the budget to replace so many damned controllers. How the series, in all its forms, has made it to five games now is beyond me. Since I haven’t played any since the original PS3 classic, I’ll just assume it’s because the feeling you get from playing and mastering something so difficult and user-unfriendly is so rewarding that the euphoria you get from beating those odds becomes addictive, making this series appealing to people looking for a genuine challenge in gaming. But since I play Mortal Kombat X on easy and have, to date, spent $145 on the one-button Fatality tokens they sell online, I suppose I’m not exactly the target market for this game. 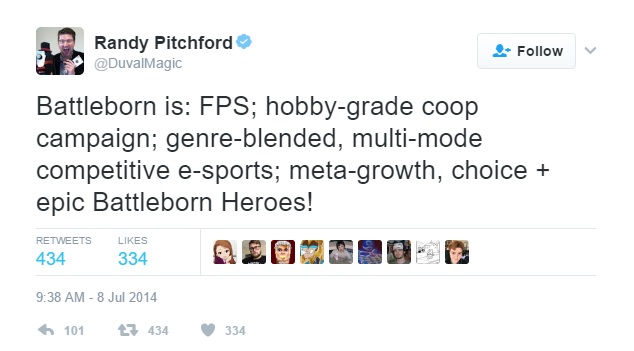 I feel like I should mention something very important about Battleborn: I haven’t played it. I’m not sure I know anyone who has. But Randy Pitchford’s completely unintelligible Tweet about the game was more than enough evidence I needed to put it in the top five. From what I can gather, the game is a MOBA. I don’t know what that means, exactly, but what I do know is that I bought Overwatch instead of this. I know that’s going to upset some people, but the fact that Overwatch is still $60 seven months after release, and Best Buy gives away copies of Battleborn free with any purchase of $2.99 or greater tells me that I made the right choice. 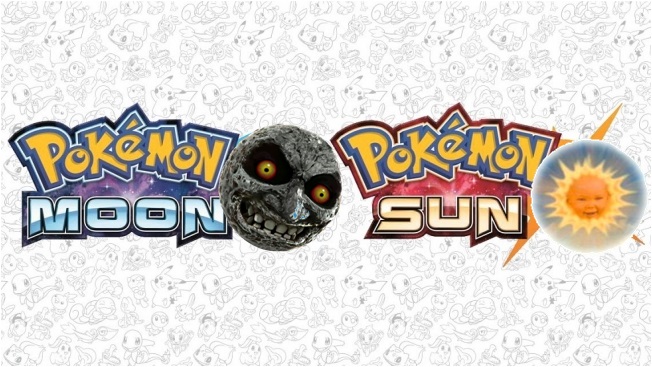 Ever notice how nobody ever says Moon first? Despite them being out of alphabetical order, you always hear it said as, “Sun and Moon.” I think that’s pretty messed up, as both games are most likely equally as good. Seems awfully rude to always make Moon play the second fiddle. Anyway, had I actually played the games, I’d have likely been impressed with the new Hawaii-themed Pokemon, improved travel mechanics, and slightly darker story that I would never have actually finished because after spending 25 hours grinding to level up Pokemon I’d take a look at my life, wonder why I’m spending so much time doing the most remedial of tasks in the game instead of experiencing it the way it was meant to be played, and promptly never play it again. It’s a cycle I have yet to break in a Pokemon game. 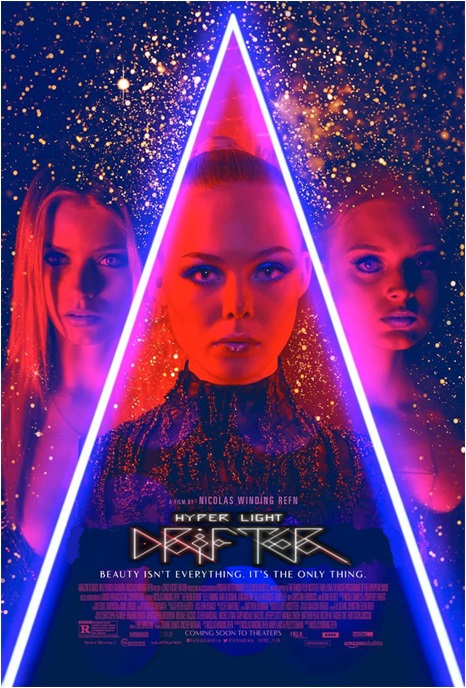 Hyper Light Drifter is a fantastic game that somehow manages to make the completely contradictory concordant in practice. After all, how can anything drift hyperly? It doesn’t really make a ton of sense, but this game somehow manages to pull it off. Or so I’ve heard. All the pinks and purples and fuschias are really neat, and it looks more or less like a futuristic Zelda game, so it looks like something I might consider playing in the future. All the hype about it, and the color pallette in what I’ve seen, has definitely secured it as my number three game of the year. The developers should make more games I haven’t played! 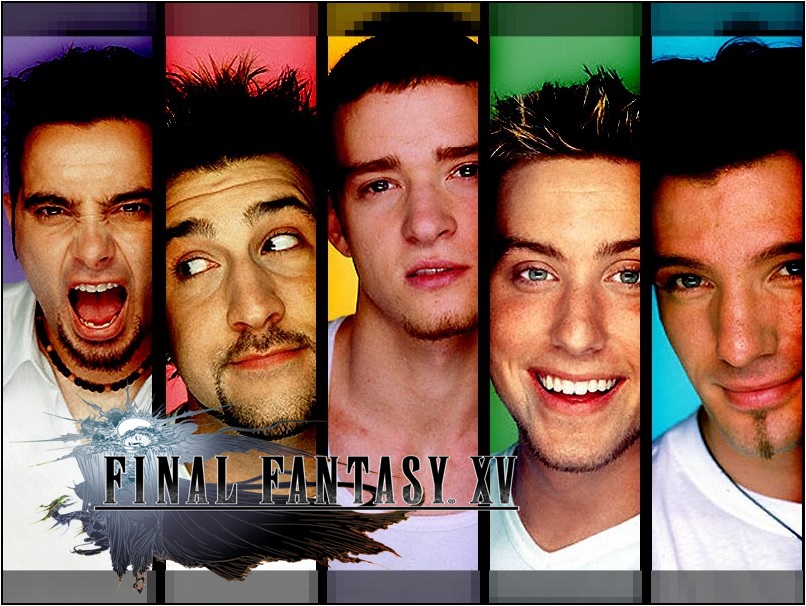 What is there to say about Final Fantasy XV that hasn’t already been said? Maybe the fact that it took literally the entirety of my 20s to develop and release? My sister doubled in age - from 10 to 20 - in its development cycle? It missed almost the entire Obama Administration? If you look at it in these terms, it really makes 10 years sound like...well, 10 years. From everyone I’ve talked to who’s played it, however, it seems that the game was almost worth the wait! An expansive map, a tight-knit main cast of characters, and a touching but grounded story are all high praises this game has received since its release. And best of all, it isn’t Final Fantasy XIII! Shit, I’d have waited way longer for that! Like maybe 11 years or something crazy like that.

Before we round out the list, I’d like to say that 2016 really was a good year for gaming. In addition to the nine on this list, there were at least a dozen other games in 2016 that I never got to play! So pour one out for the three Five Nights at Freddy’s games that released last year, as well as The Last Guardian, yet another game that spent the best years of my life in development. 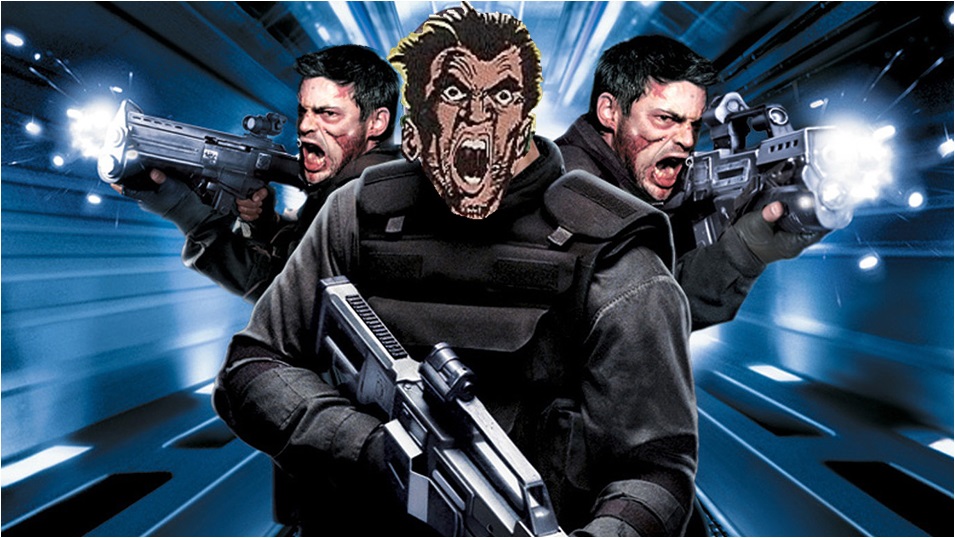 I believe videogames can provide a catharsis that few mediums can. You have (albeit limited) control of the protagonist’s actions, can do stuff you can’t do in real life, and have little consequence outside of the internal moral implications of soliciting services from a prostitute only to kill her and get your money back immediately afterward. Doom perfectly encapsulates those points and distills them to their purest form, giving the player all bang and no buck. Whether it be ripping demons apart, tearing demons apart, or ripping and tearing demons apart, the game perfectly hits the ratio of gameplay-to-story that people like me really need (100/0 split) and just really gives you unadulterated gaming bliss. I mean, what other game would have the balls to make your main character this guy?

Doom is definitely probably the best game of 2016. So I’ve heard, anyway.

Do you agree with my list? Disagree? What’s your favorite color? Feel free to let me know which other games were ok that I missed out on in the comments, and let me know how right I am on all my opinions. I need pretty constant validation, so it’d be great if you could oblige me.