I just... need to post this gif of Odin from the SMT Switch reveal because

[GIF file was too large for the QP's.]

That the teaser was the first time mainline SMT has been on-point with the likes of Nocturne in a long time is a very good sign. 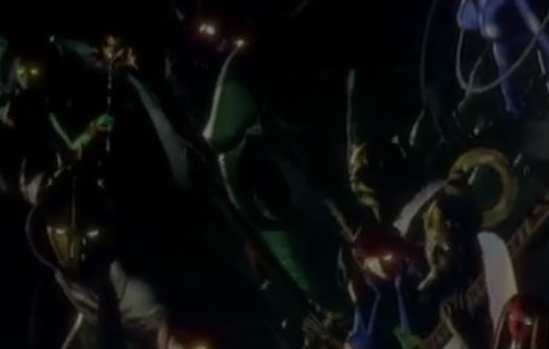 ALL ABOARD THE HYPE CHARIOT IT HAS PENETRATED YOUR SWITCH PRESENTATION 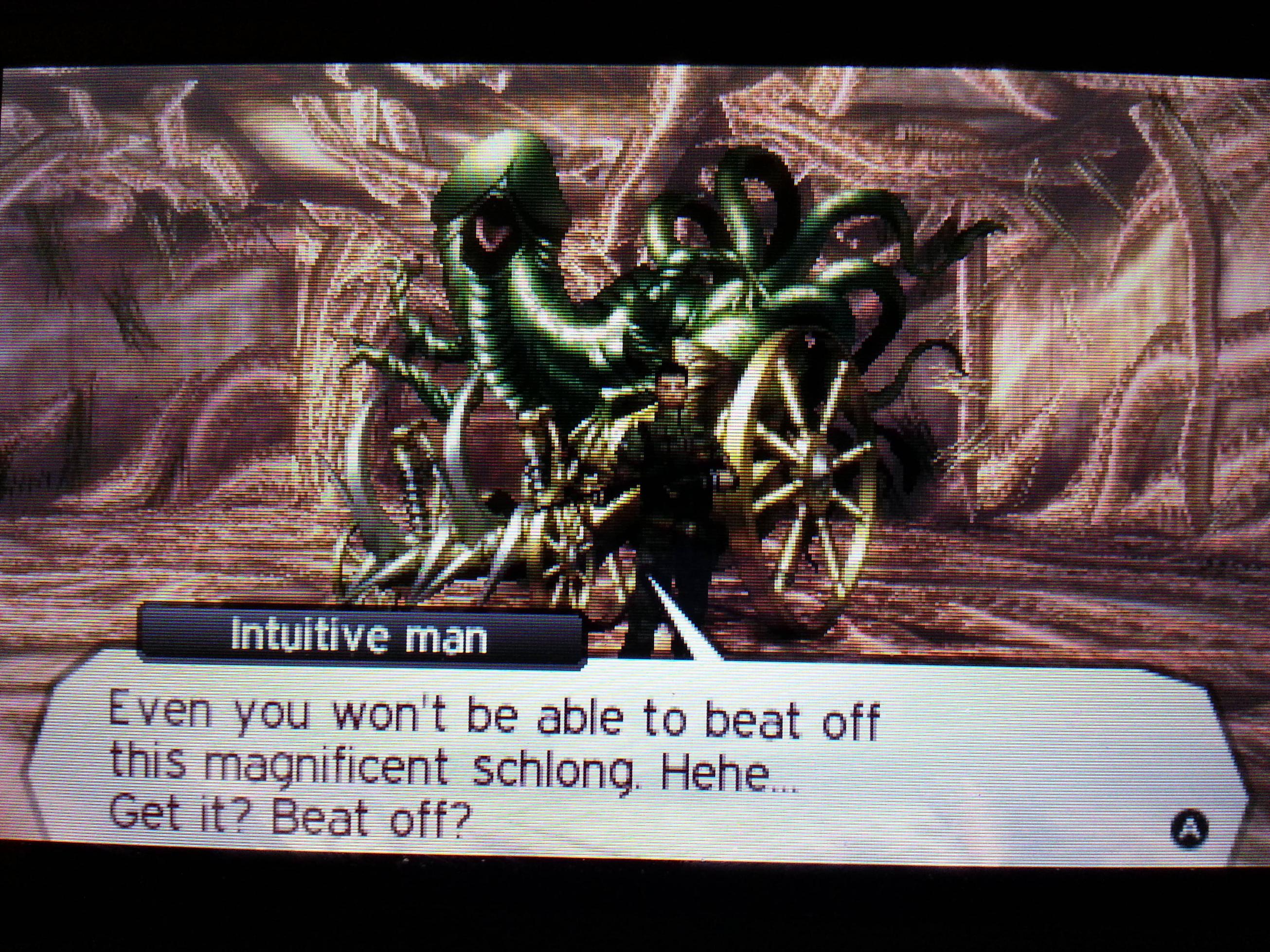 Okay, but for real. I guess I need to fill this blog with an aorta of substance (eheh) so as to not have this plummet into the chilling depths of the Fail Blogs. I am more than that, I suppose. 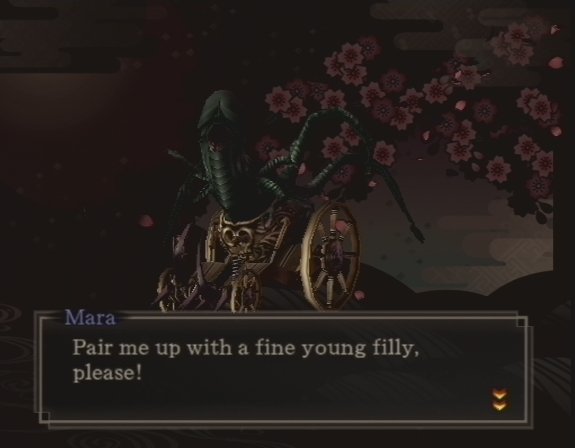 You guys know I love Shin Megami Tensei. I haven't loved it for as long as some here might have, but I do fucking LOVE it. What started as a passing interest in Persona 4: Golden thanks to a good friend of mine having played Like A Dream Come True over a game of Left 4 Dead 2 sprouted the seeds of an all-encompassing passion in all things like it and more. I finished and loved SMTIV, then was taken aback by Matador in Nocturne, then fervently tackled 50+ hours of Persona 3: FES after having already poured 20+ hours into Portable, then drew myself into the jazzy guitar realms of Digital Devil Saga, and so on.

Suffice to say, I could lose myself within these games indefinitely. Barren wastes and demon dicks and all, I want to live in them.

Most recently, I've clocked in probably close to a hundred (actual in-game) hours in SMTIV: Apocalypse and whilst I've already been over my disappointments with it as a story, that hasn't stopped me from OH MY GOD IT'S ODIN

Yeah. Apocalypse had some A+ demon designs. 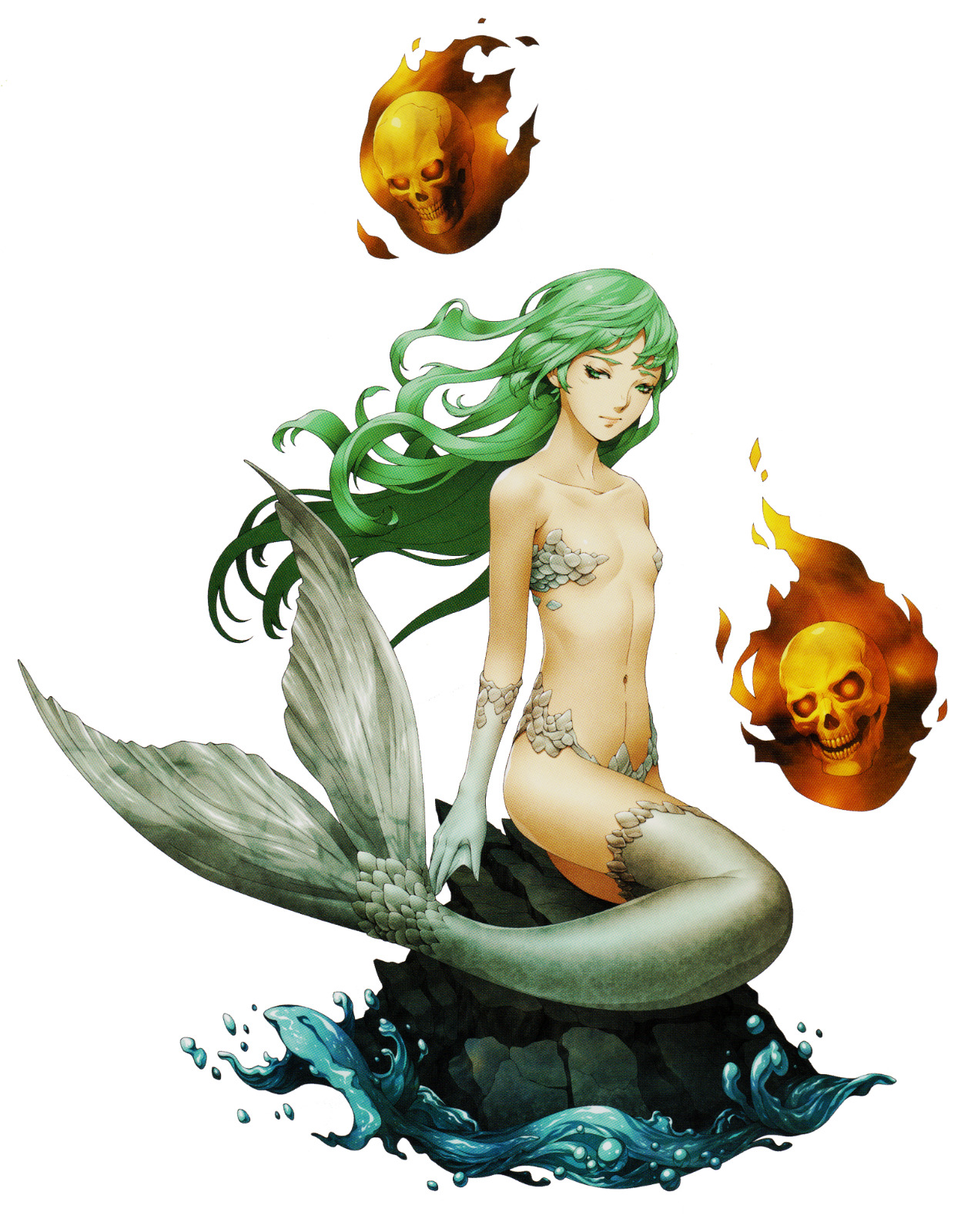 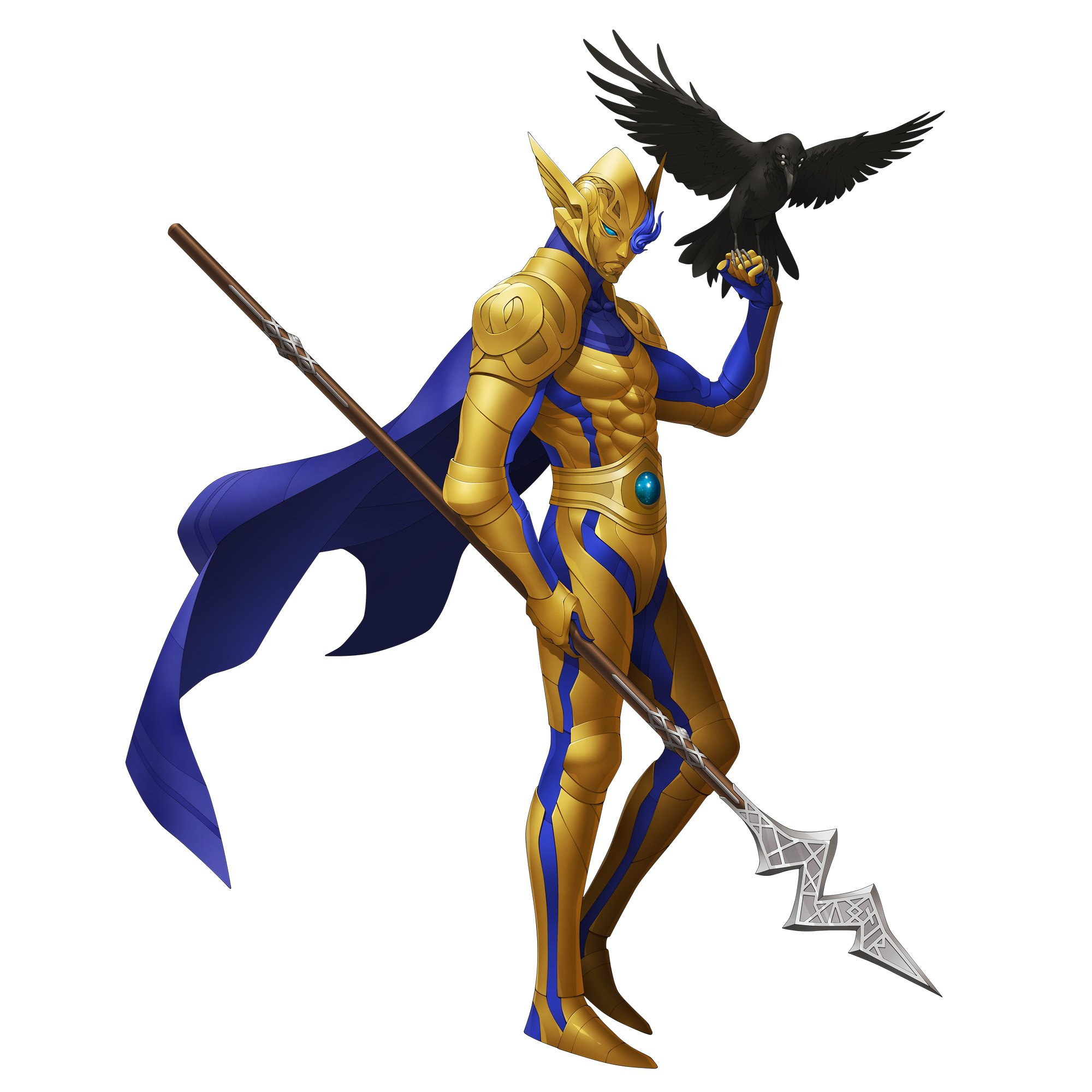 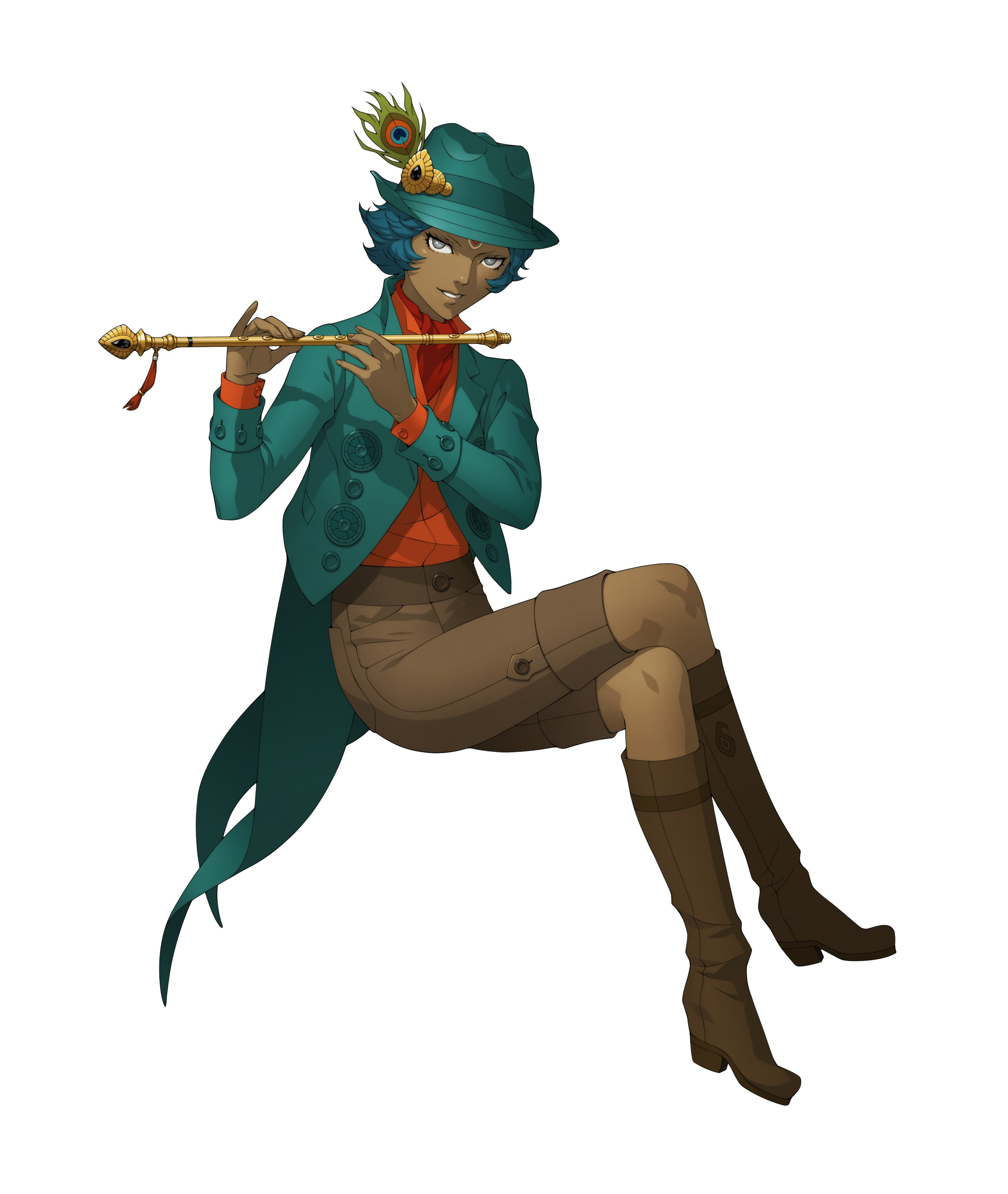 I don't expect the holes to be poked in the nuances of their portrayals to not exist because as the franchise continues portraying the same characters in the same ways they're bound to want to take liberties here or there (for better or for worse), I just want to be enraptured by the tale being spun. Not knowing a damn thing about religion has many benefits, it seems.

Isn't this how Dynasty Warriors does things? These people existed in one way or another, but what goes down in those games... didn't actually happen nor would likely ever happen, unfortunately. 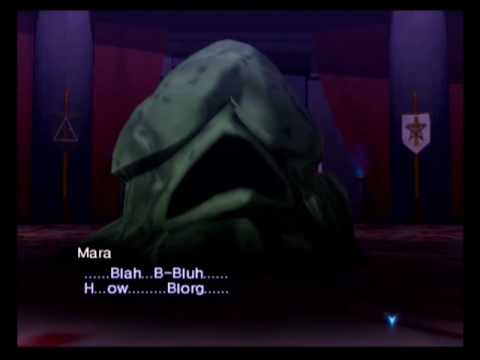 They likely won't go through with it, but I would adore a return to a silent and solo protagonist akin to Demi-Fiend.

Even for a franchise as niche as SMT, I doubt that we'd see that happen these days. However, it did help make the dead and desperate atmosphere of iterations like Nocturne feel so incredibly unique. There were no token companion characters. no power of friendship shining a holy light on the acne-covered faces of evil, no (*shudder*) Asahi, just Demi-Fiend and his demons.

As well as a few assholes who he occasionally met that told him where to go and to do some things.

Simple. But, it worked.

It'd be swell to also see fixed level scaling as opposed to just slotting points into Magic most of the time or some balance change that encouraged more creative point allotment. Because, dude, I wrecked shit in Nocturne with a physical build. In fact, that was what best worked with Matador, Nocturne's most infamous opponent. 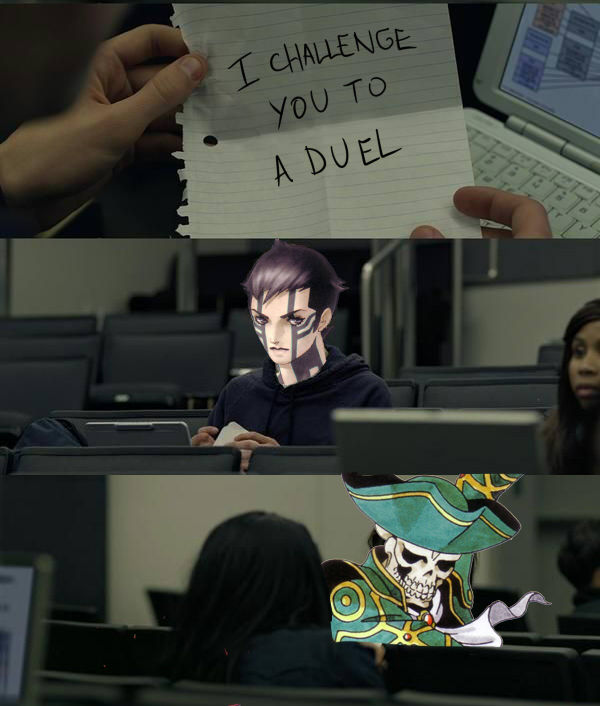 SMT hasn't been tactical or flexible in all respects for quite some time and more options is always good!

And whilst we're still doing the Nocturne thing, maybe bring Shoji Meguro back for the soundtrack? The guy works so hard on so many projects, but some of his material on Persona 5 has proven he can still likely do a more mainline feel SMT justice:

I mean, the "Midboss" theme is so Nocturne that it's hard NOT to want to hear Meguro try his hand at an entire soundtrack with stuff like this again. 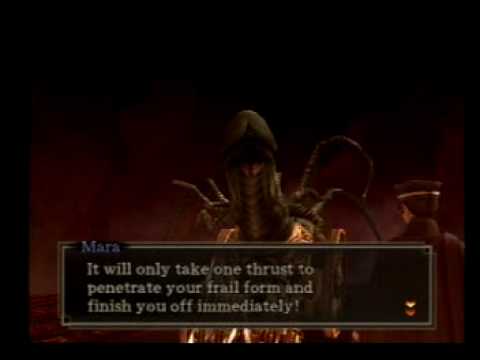 To my sadness, there is so little to go off of with this announcement. They haven't explicitly laid out who's all working on it, when it's coming out or for what platforms besides the Switch (if Persona 5 is a modest success, it's hard not to imagine this on PS4 as well), gameplay specifics, nothing. Just a lovely little teaser video with shiny yellow and red eyes and AW SHIT IT'S