Afraid About The Switch Launch

Music for your blog enjoyment: (brought to you by my amazing gift from lewness from the 2016 Dtoid gift exchange)

Tonight we have serious music because this is a serious topic.

See I am an adult.

And adults have really serous problems they have to deal with every day.

Its a hard world out there and just when you give it an inch it comes back with a back hand and you just gotta be ready for it. 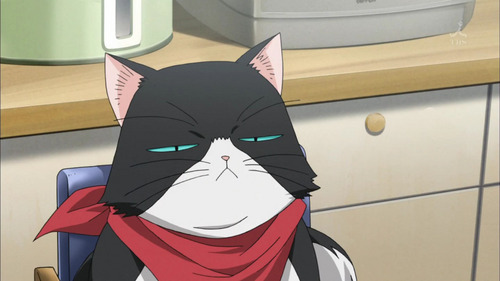 So I am legitimately freaking out about the chances of my ability to get the Nintendo Switch on launch day.

I guess that would not be so bad but right now Nintendo has done pretty poorly with the Nintendo Classic NES. I want to fair and nice but the fact I have yet to see the $10 extra controller in the wild since 3 months after lunch.

Though I totally get where Nintendo is coming with this as it basically ensures that 100% of the supply is getting sold and they can return great numbers to their investors/distributors and basically ease a lot of tension.

But this really has me in question as to how and when if I miss the pre-order for the Switch… If I miss the launch of the Switch… How long would I have to wait before I could walk into a store and buy the hardware?

I never had that problem with the Wii as I basically sat out in front of a Walmart for a whole day in Kansas with no problem. But now that I live in Phoenix I am not sure if the same tactics would really have the same results. Mainly due to the fact I am in a much more urban environment and the Switch is going to be much more visible than the Wii or possibly the NES classic.

So I am trying to figure out which stores are the best to camp out by. I have only done Walmart twice… but the Walmart next to me is really shady and there has been shootings in the news in the last year taking place there… So I don’t know if I want to wait there. Then there is Target… But Target is so visible and actually opens much later than any other place. So waiting in front of that store might be more dangerous and if I only wait there I might loose out of chances of going anywhere else.

There is GameStop, but that is kind of the obvious choice for people waiting, and if I remember well from 2006 their shipments of the Wii was much smaller than Walmart. I think they only got 4-6 units and had to send half of the line home… The Walmart I was at you could see the front of the GameStop.

If anything from the NES classic slow re-stocking and the fact there will only be 2 million units available worldwide…. Is really freaking me out. Not only is that half of the amount of units that came to North America for the Wii but that means there probably will only be 500,000-250,000 per region… Which means that probably the stores will only get 1-2 systems…

Hopefully… Hopefully… Hopefully… This is just their retail plan to ensure there are no issues like with Wii U units all standing still on the shelves because they over produced the Wii U to make up for the Wii launch. Hopefully, they have a comprehensive pre-order plan that will reward consumers for pre-ordering and a one-month period where they take all the pre-orders from every retailer without question and produce that many. That would be great, cause then I would not have to wait 1.5 days for a sysetm to be released so I don't have to wait 8-14 months for a restock big enough that can find one.

Anyway what is your camping stories? Are you going to for the Switch?