The Great Retro Quiz! Games of 2016 answers and winner

Hopefully, you had a chance to check out the Great Retro Quiz reboot I posted on Wednesday. If not, may want to have a look before reading further, as the answers are below. Let's get to it.

1. What item in Mario and Luigi: Paper Jam is used to power up Paper Mario?

The answer is D, Copy block.

2. The 2016 version of DOOM had plenty of callbacks to the original. In the 1993 game, which of these codes made you invincible?

A, IDDQD made you invincible. The ID part is from Id software, the DQD supposedly from "Delta Quit Delta," an Id in-joke about a fake fraternity.

3. In Titanfall 2, which two Pokémon would be most helpful to get an enemy pilot off of your Titan? 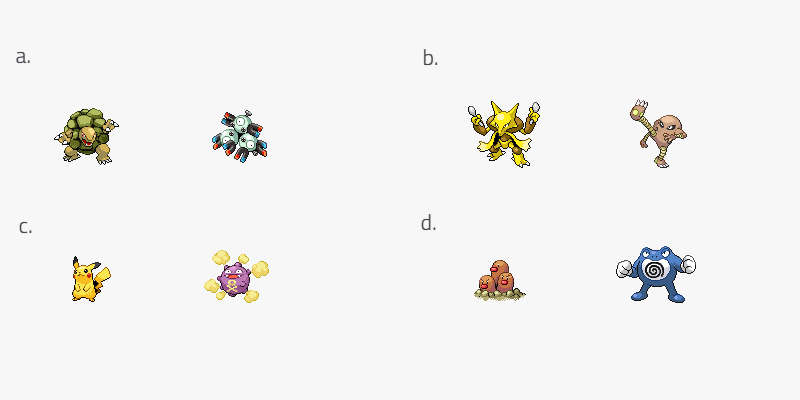 C. Electric Smoke is used to force a pilot off your Titan, so Pikachu's electricity and Koffing's smoke would be most helpful. You can also jump kick an enemy pilot, but you'd have to get out for that, and Alakazam's spoons won't be much help.

4. Mighty No. 9 starred Beck. If Beck were Mega Man, who would be Roll?

The answer is B, Call.

5. What relationship do Lillie and Gladion have in Pokémon Sun & Moon?

Fairly late in the game it's revealed that they're the daughter and son of the Aether Foundation's president, Lusamine. Thus they're brother and sister.

6. Which of these classic Nintendo franchises did NOT celebrate the 30th anniversary of its release in Japan this year?
a. Kid Icarus
b. Metroid
c. Super Mario Bros.
d. The Legend of Zelda

C. While Metroid didn't get much official love from Nintendo this year, Super Mario Bros. was first released in 1985, and the others all came out first in 1986.

7. No Man's Sky developer Hello Games was previously best known for a different series. Which of these retro titles is most like that other franchise? 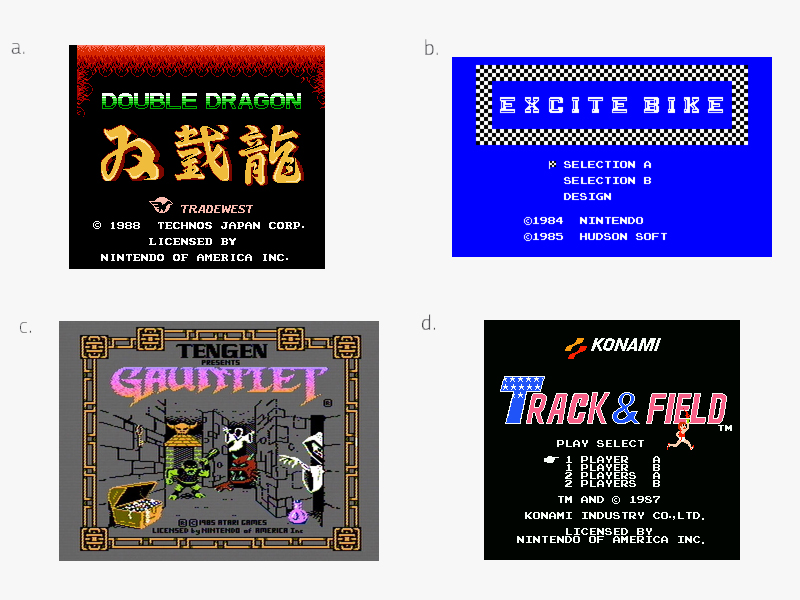 B. Prior to No Man's Sky, Hello Games was best known for the Joe Danger series, which involves riding a motorcycle off ramps and trying not to crash. It's not a perfect analog for Excitebike, but it's the closest of the four options given.

8. Dishonored 2 had a lot of Hollywood actors providing voices. Which of these two characters' voices had worked together previously in a popular Netflix show?
A. Meagan Foster and Luca Abele. Meagan is voiced by Rosario Dawson, and Luca is voiced by Vincent D'Onofrio. Both of these actors had major parts in Netflix's Daredevil series.

9. Corrin, the hero of Fire Emblem: Fates, has technically appeared in five games so far. List them.

There are three different games for Fire Emblem: Fates: Birthright, Conquest, and Revelation. Corrin also appeared as a DLC character in both versions of Smash Bros. for the Wii U and 3DS.

10-19. Match the Overwatch hero to their home stage:

This is the part that tripped up the most people.

A-10, Zarya is associated with Volskaya Industries.
B-3, Both Ana and Pharah call Egypt home.
C-6, Ecopoint: Antarctica is where Mei developed her ice gun after undergoing cryostasis.
D-8, Dorado is where Sombra first learned how to hack, physically and socially.
E-2, Reinhardt's purpose in Eichenwald is to reclaim the armor of his mentor.
F-4, Both Hanzo and Genji grew up in Hanamura, though Genji lives in Nepal with Zenyatta now.
G-9, Tracer can be seen dashing through King's Row in one of the short films as well as the comic that broke the internet last week.
H-5, Winston's been living at Watchpoint: Gibraltar for quite some time, as you can see from the attacker's spawn room.
I-7, Nepal's temple is where Zenyatta and the other enlightened Omnics meditate.
J-1, McCree hails from the American Southwest, so he's very familiar with Route 66.
20. The Last Guardian and Final Fantasy XV finally came out this year after lengthy development cycles. Which game took LONGER from its announcement to its final release date?
B. Final Fantasy XV. When it was first announced at E3 2006, it was called Final Fantasy Vs. XIII. By comparison, The Last Guardian was announced at E3 2009, and both came out within weeks of one another.
21. Watch Dogs 2 has a mission that contains several references to which classic '80s movie?
Short Circuit, C. You can see a video of the mission here. Los Locos kick your ass, Los Locos kick your face, Los Locos kick your balls into ou-ter SPAACE!
22. Which toys-to-life game let you re-enact this scene from The Simpsons?

The answer is B, Lego Dimensions. The developers even added a voice line for Sonic that references this scene.
23. Several video games got movies this year. Put these in order from SHORTEST to LONGEST amount of time between the release of their first game and movie.
a. Ratchet and Clank
b. Warcraft
c. Assassin's Creed
d. Angry Birds
The correct order is D, C, A, B.  Angry Birds first came out on iOS in December 2009. Next most recent is Assassin's Creed in November 2007, Ratchet and Clank first appeared in November 2002, and the very first Warcraft: Orcs and Humans came out in 1994.
24. Uncharted 4 showed that Nathan Drake isn't that great at playing Crash Bandicoot. If Elena had a PS2 instead of a PS1, which of these games would Drake have probably been playing instead?
A. Jak and Daxter: The Precursor Legacy. Developer Naughty Dog would have to get third party permission to include any of the others, but they made Jak and Daxter as well as Crash Bandicoot.
25. Gears of War 4 introduces some new protagonists to the series. Which is which?

A is Kait (2) B is JD, (1) and C is Del. (3).
GoofierBrute was not only the first person to answer, but also the first to get a perfect score! Congratulations, GoofierBrute, I sent you a private message with your prize. Lots of other people also did really well. A few got tripped up on the Overwatch section, and placed Zenyatta in Dorado. How'd you do? Have fun? Want to see more like this? Harder questions next time? Let me know in the comments!
Login to vote this up! 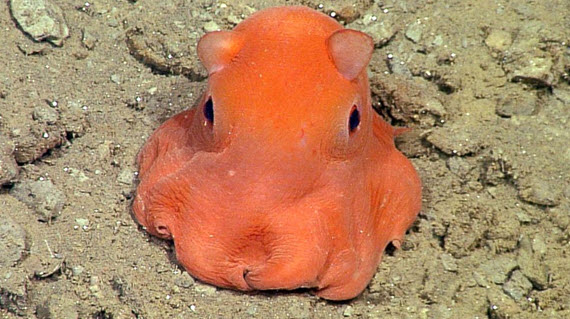 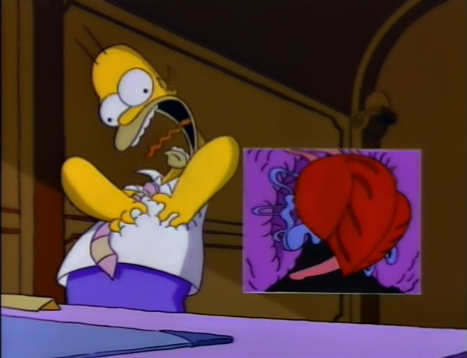 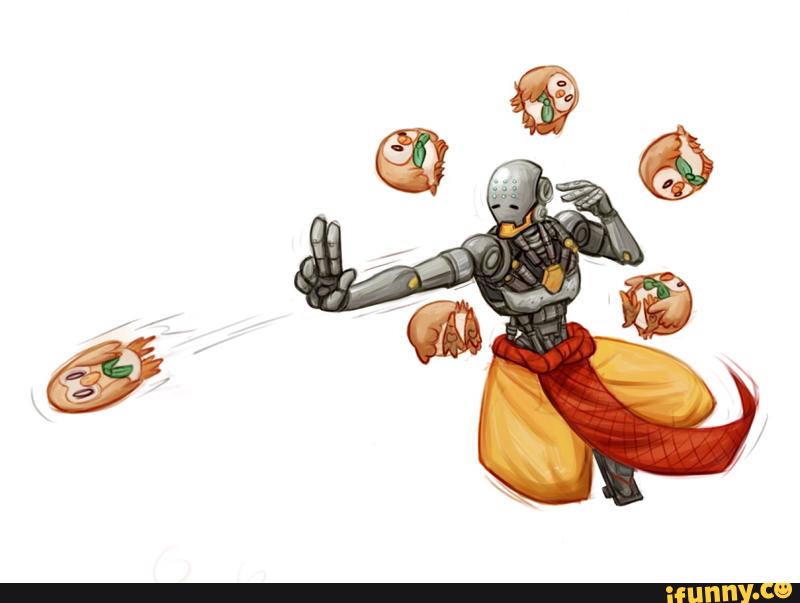 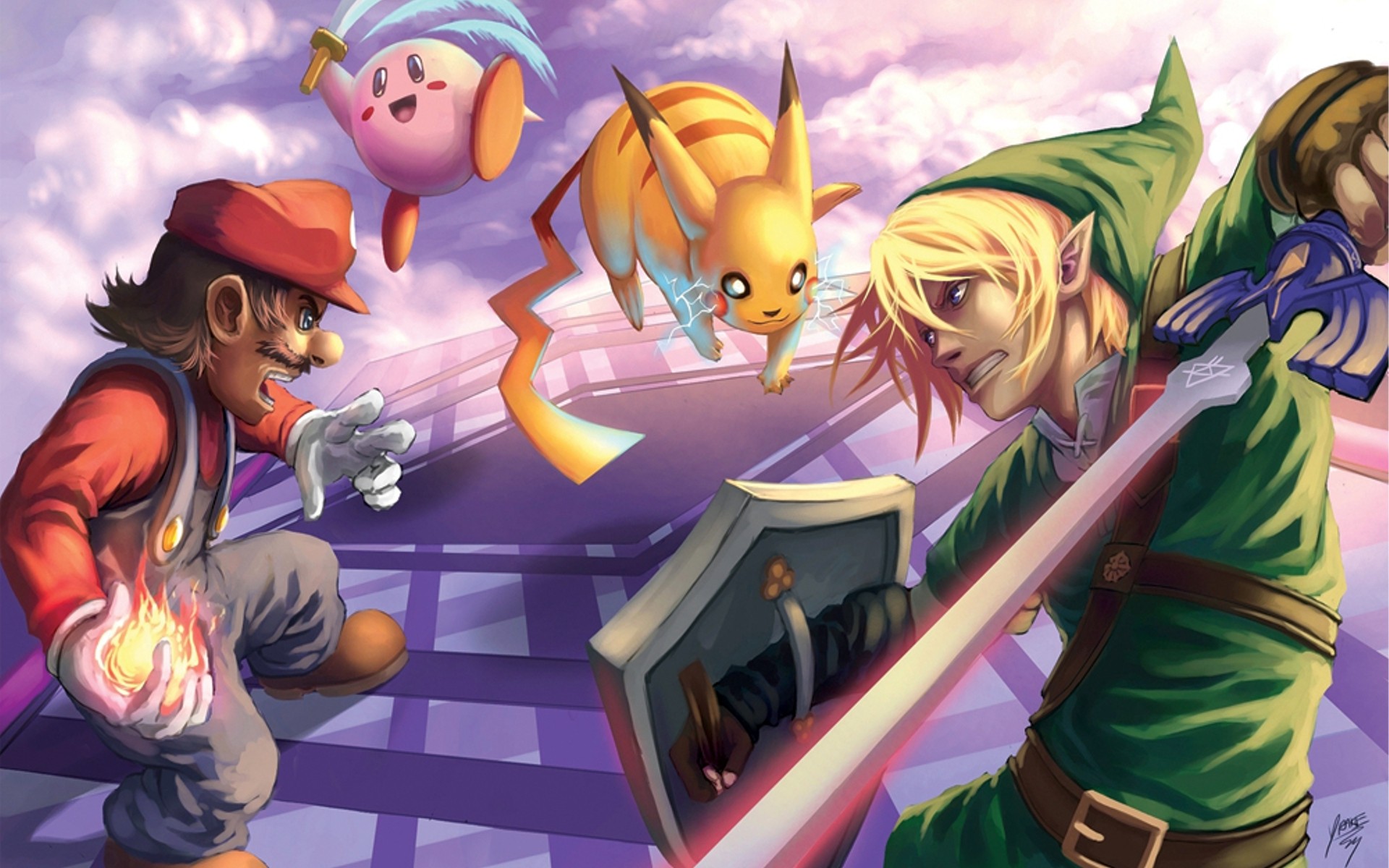 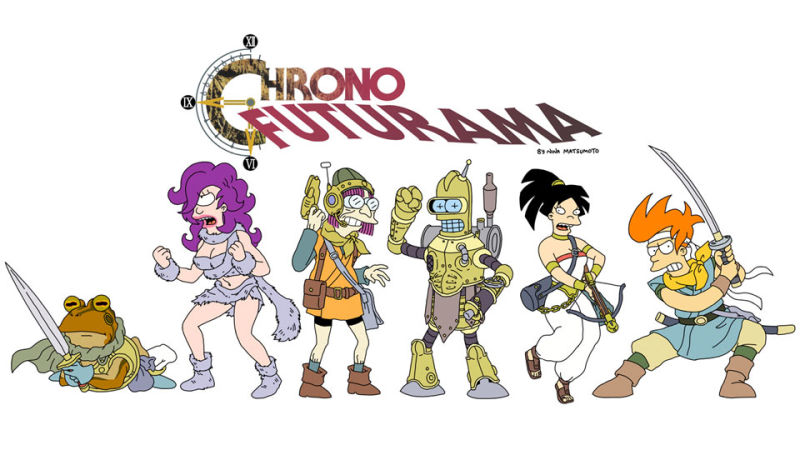 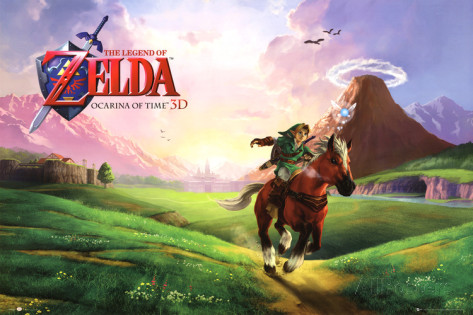 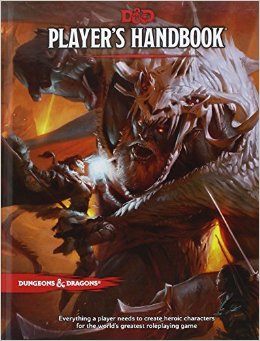 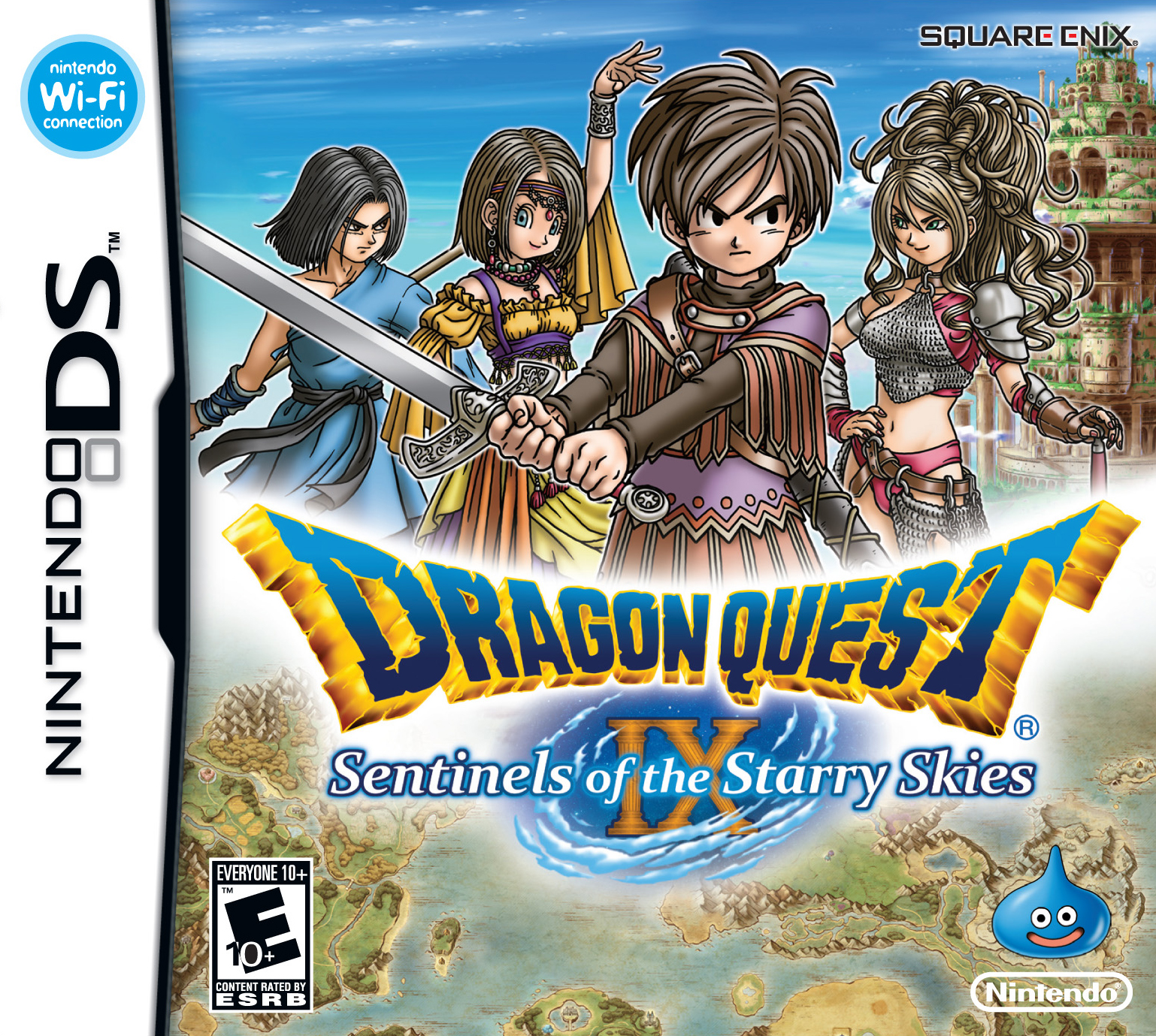 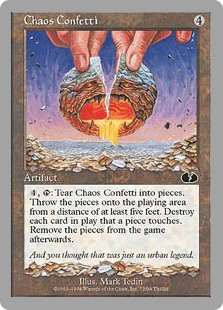