16 Things You May Have Missed In The Nier: Automata Demo 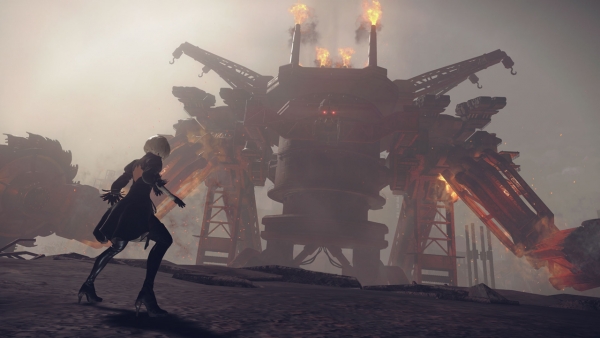 With the recent release of the Nier: Automata demo on the PSN, we are finally able to see what PlatinumGames has been working on as far as turning the series into a respectable action game. The demo focuses heavily on action while omitting the RPG elements that have been promised, so there are plenty of opportunities and scenarios to explore the combat system to get your feet wet.

While the demo is very straightforward, it gives only the bare minimum of information in the combat tutorial for the player to be able to play the game effectively. Some other technical moves and abilities you are able to perform are not explicity pointed out. Some of these might be obvious for more experienced action game fans, but Nier is being touted as more of an RPG than action game, and is designed to be able to be enjoyed by players of all skill levels.

In addition to combat, there are also some very cool animation flouishes the developers have thrown in to make 2B feel more alive (even though she is an android). There are also some rather funny Easter Eggs hidden throughout that will be listed here.

Nier: A is quite unique in the field of action games as its dodge is not a canned animation that is the same every time. By tapping R2, 2B will initiate a short dash relative to the direction you are pressing the analog stick, which will then transfer into a sprint. However, by holding R2, 2B will perform a "slide". It is longer than the standard dash, and during the duration of the animation, you can adjust 2B's movement in any direction. This is most noticeable while locked-on to an enemy.

Whenever 2B is launched by a powerful attack, press R2 while airborne to cancel out of the stagger.

When enemies are near death and you land enough shots with your projectiles, they will become stunned. At this point, you will be prompted to press O, and you will be able to perform a very satisfying finishing move. There are several that you can perform, but the animation you get seems to be completely random, and are specific to certain types of enemies.

By pressing Triangle quickly after jumping, you can perform a special move that launches yourself, as well as enemies into the air, which can then be followed up with further attacks to "juggle" them. It is also useful as a way to reach and damage enemies that are already airborne.

The katana and greatsword each have special attacks when the button they are assigned to is held rather than pressed, and they can be transitioned into a normal combo. They are also specific to whether they are placed in the Square or Triangle slots in your respective weapon loadouts.

When 2B is sprinting, press an attack button to perform a "Dash" attack with the respective weapon. These are unique to whether they are assigned to the Light or Heavy weapon slots. Useful for closing the distance to enemies or enging them from afar.

By pressing the Fire and Jump buttons at the same time, 2B's Pod will launch her into a horizontal boost directly in front of her that damages enemies.

If you have the katana equiped in your current loadout, pressing R2 and Square at the same time will perform a move where 2B leaps foward and throws the sword at the same time.

Holding X after double jumping will allow 2B to grab on to her Pod, allowing extra hang time. You can also press Square during this time to perform a spinning attack.

11. 2B gains more momentum the longer she is sprinting

After a few seconds of sprinting, 2B will lean forward a bit more and begin to run slightly faster.

As graceful and agile she is in combat, it is surprising to see that maneuvering through bushes is a real problem for 2B.

You are able to destroy the inactive robots on the walls in the Plant section of the demo.

14. Possible return to the demo location in the full game

As definitive and unlikely as the end of the demo made it appear, it seems that we may be returning to this location in the full game. On the bridge after the first arena battle, there is another bridge that has been opened, with a clear item pick up on the opposite end. As far as I know, there is no way to get there within the capacity of this demo. Combined with the prescence of a few locked doors in the next area, this seems to indicate that this area is bigger than we initially thought, and will be able to be explored more in the actual game. 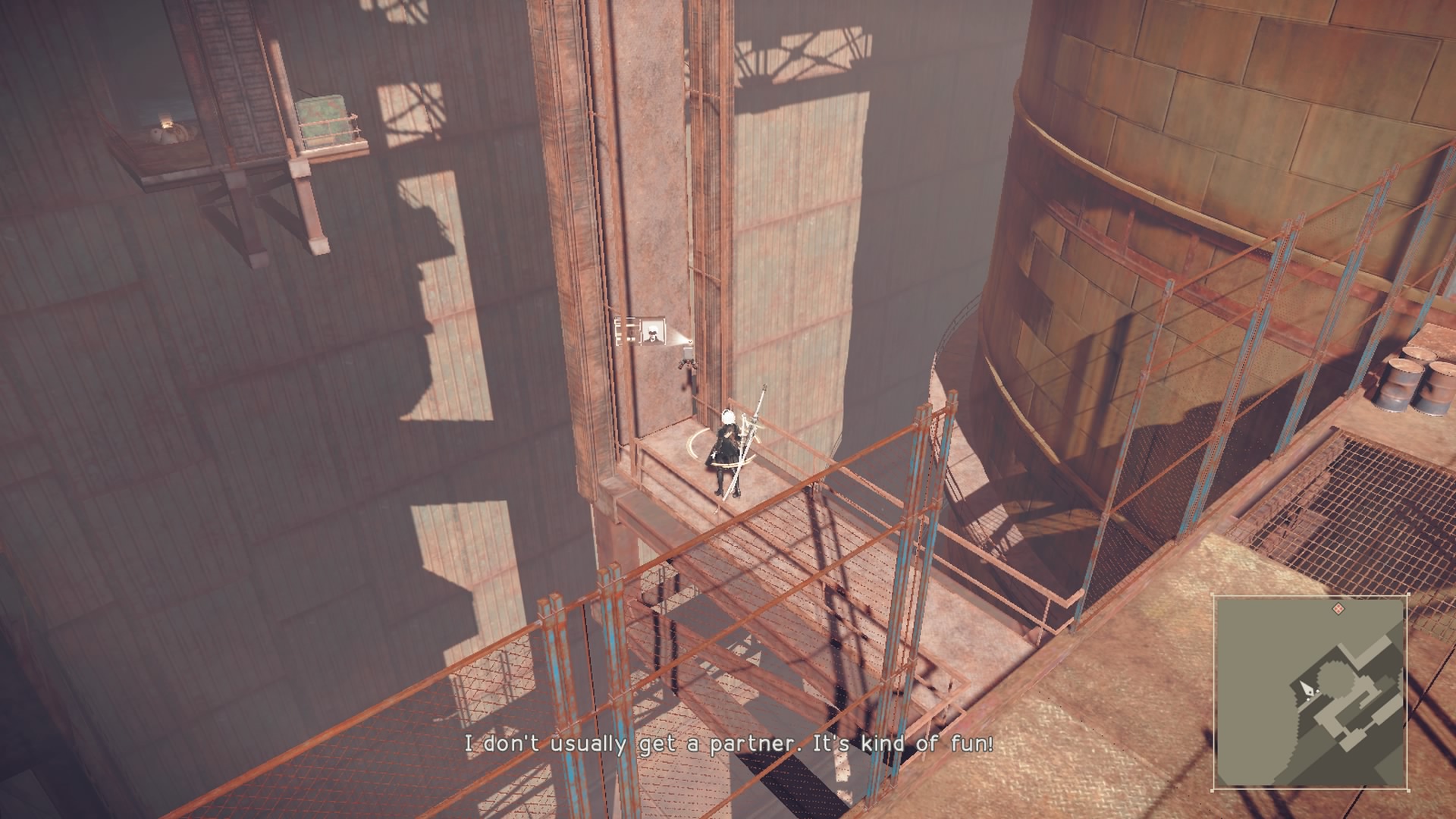 Shortly before reaching the boss, a conversation will start with 9S as a flock of birds appears before 2B. You can actually shoot at and kill them, complete with blood. 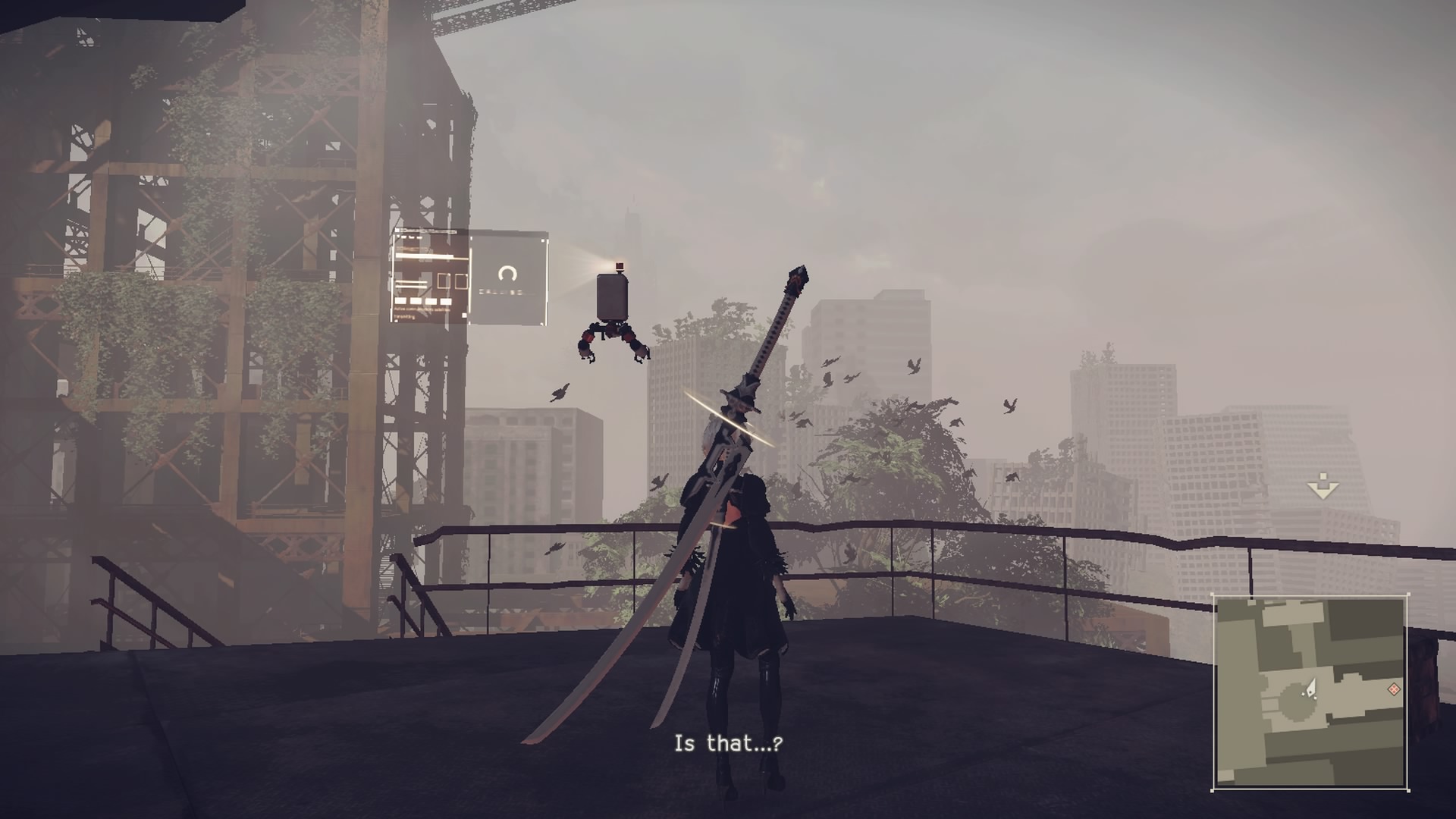 "An android's central system. Removal means death." No joke. If you remove this chip while in the Plug-In Chip section of the main menu, it counts as an in-game death and you are returned to the Title screen. A very Yoko Taro-ish troll move. It's all very underwhelming though. It just cuts to the loading screen. You don't even see 2B collapse in game or anything to make you feel bad.