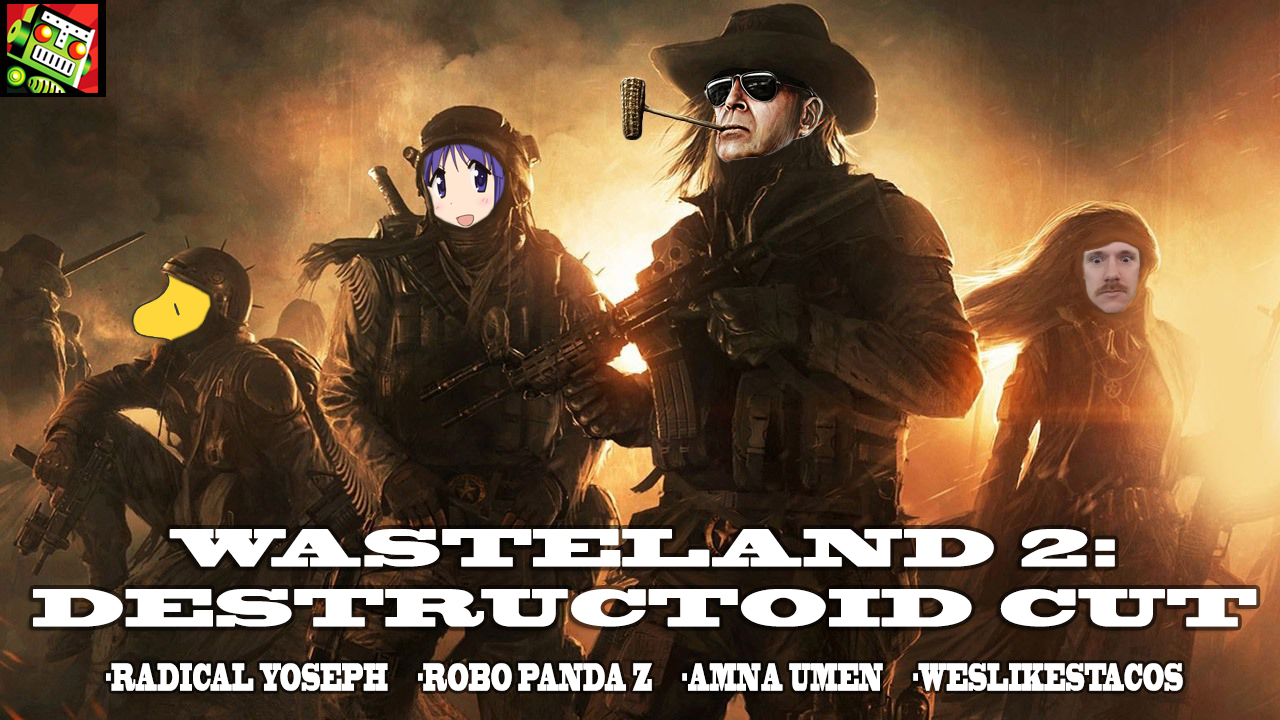 Last night, absolutfreak charitably shared Steam codes for a few games on Qtoid. One of these games was Wasteland 2: Director's Cut, and I was lucky enough to grab it. I installed the game, and when I got to character creation, I had an idea. A really, truly, honestly stupid idea. I thought to myself, "It might be kinda cool if I were to name my party after some peeps from Destructoid, and then do a series of blogs detailing their adventures through the game, or at least until I get bored." If you just flew back in your chair, agog at how I had such a brilliant idea...  I'm sorry to disappoint. Awhile back, our very own Gundy planned to do a blog about an XCOM game he was playing, in which he named his soldiers after community members. It would have detailed all the miserable and dunderheaded ways in which his flaming incompetance got us all killed, but the little rascal never wrote the dang blog! Of course I, an upstanding member of the community, would never promise a blog and never get around to it. For example, a hypothetical art blog consisting of theoretical drawings that would have been based on make believe ideas given to me by other community members. That totally never happened! *wipes brow* A-anyway, back to the blog I'm writing currently that isn't hypothetical!

The first part of this (potential) series will serve to set up the origins of our 4 protagonists, and detail their first encounter in the world of Wasteland 2. 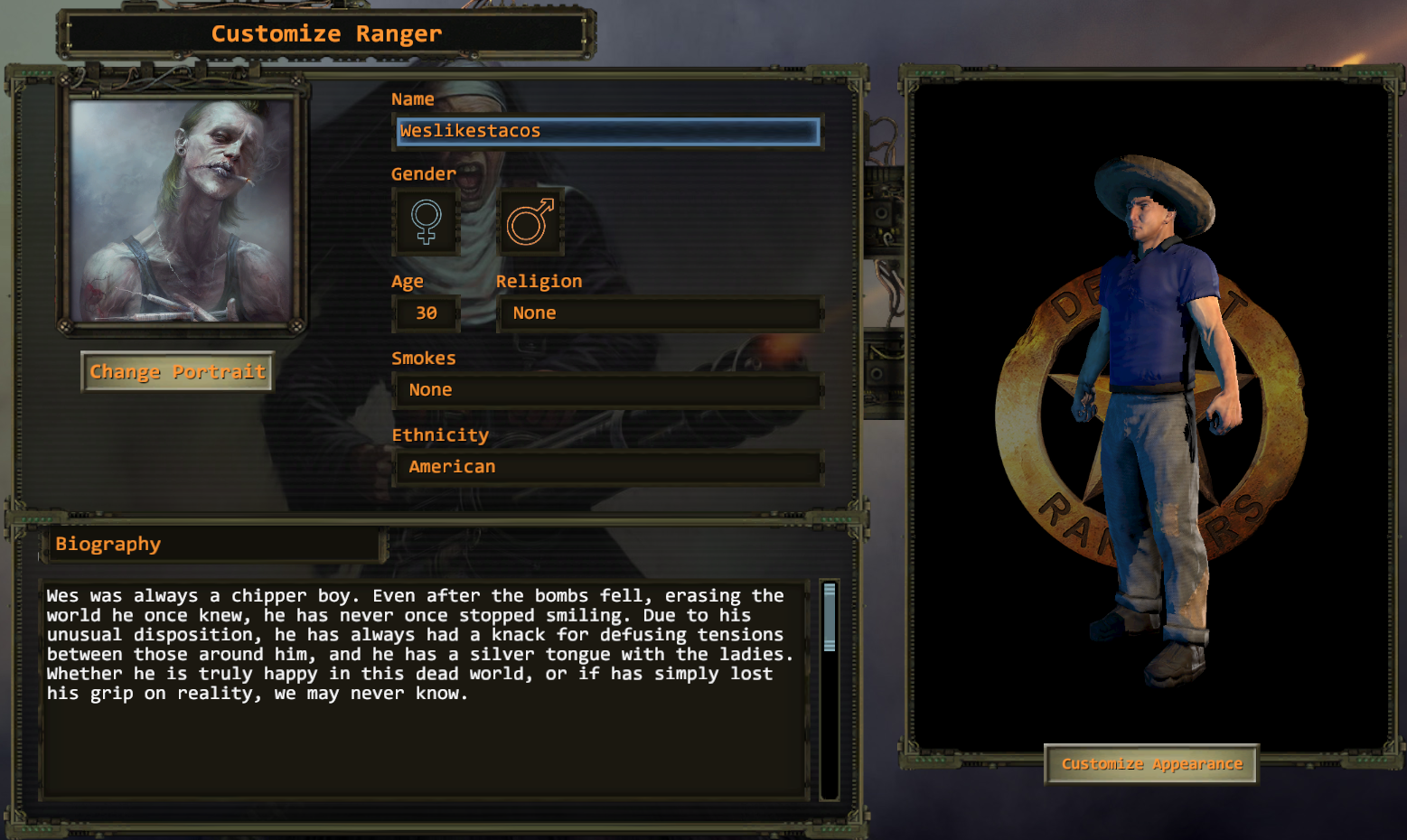 With our characters and their really sloppy, written-at-5AM backstories  their masterfully written backstories finished, let us move on to their adventures in Wasteland 2.

The tale of the ragtag Destructoid Rangers is one of humble beginnings. Yoseph, Panda, Amna, and Wes are new Ranger trainees. The Rangers serve to bring relative law and order to the post apocalyptic world, and all four of our heroes had personal reasons to join, and their first day on the job is shaping up to be a memorable one.

Carp, a fellow Ranger, has been found murdered, and his mission left unfinished. He was to bring "repeaters" to three local radio towers in order to improve their signals so that the Rangers can better pick up on an ominous broadcast. However, with Carp dead, the repeaters nowhere to be found, and the Rangers spread thin between many duties, the job of reclaiming the lost repeaters and completing Ace's task is passed onto our trainee heroes. These details are relayed to them by a Ranger named Bass, who seems to be overseeing their training process. Should they successfully complete the mission, Bass promises to make them official Rangers, and to give them permission to enter the Citadel, the Ranger stronghold. Wes makes a snotty remark, pointing out that they should be given access to the Citadel first so that they can be better equipped for their task, but Bass has other ideas. He insists that he senses something special in our heroes, and sends them on their way.

I didn't do much planning for this, and more or less just threw together the story intoduction haphazardly, but I hope some enjoyment can be derived from this. Let me know if this is something I should continue, or if I should go fuck myself!