All things considered, Thanksgiving has it pretty rough. It falls less than a month after Halloween, so by the time people actually get around to taking down their spooky skeletons and impossible-to-remove fake spider webs from their bushes, it’s time to put up The Great Pumpkin and a bunch of generic leaves. It precedes Christmas by roughly thirty days (depending on the year), and you can barely make it past the end of October before Christmas decorations and music bombard you at every single store you enter. And sadly, it’s generally overshadowed by the biggest consumer event in North America in Black Friday, many stores even opening early Thursday evening to let eager shoppers get their debt on. Factor in your uncle using the day as an excuse to go on drunken political diatribes, and you’ve got a holiday that really gets the short end of the stick.

But for fatty boom-booms like me, Thanksgiving has the ultimate advantage over every other holiday - the dinner. I cut my gluttonous teeth on Thanksgiving day, hopping from one family or friend’s celebration to another, until I couldn’t move at the end of the day. I hit an all-time high at five dinners spread throughout the joyous day, and to this day I have to wait until everyone else has gotten a plate to make mine when celebrating with my wife’s family - a twelve-year-old tradition that I will proudly continue this year. This boy can eat.

Much like mounds of food are filling to happy Thanksgivers, videogames are the sloppily-thrown together plate on which gamers gorge themselves. What better way to celebrate the oft-overlooked season than by combining the two things I love most in food and games? I present to you my perfect Thanksgaming dinner. Bon appetit! 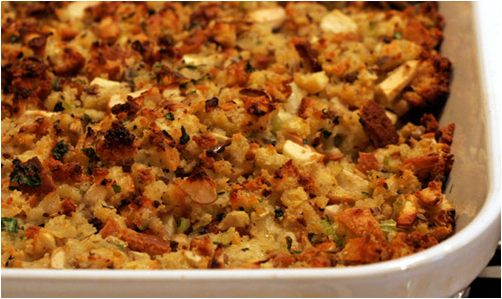 Stuffing, in its basic form, is pretty simple. You take some breading, mix it with some broths and various spices, and voila you’re done. There’s obviously much more going on behind the scenes, but at it’s either as simple or as complicated as you want it to be. And is there really any game that better personifies this concept than Skyrim? Skyrim hits pretty basic fantasy tropes - dragons, a kingdom divided, skeletons with swords - and presents itself in a more or less straightforward manner. You can do the main questline and beat the game in 10 hours, or you can do what I usually do and go nuts, trying to tie up every loose end in the sidequests (which once complete, invariably give way to at least two new ones). You can be a basic knight who goes around whacking things with swords and occasionally shouting at a dragon, or you can create the perfect stealthy Khajiit who not only downs his foes with powerful magic, but is also capable of crafting deadly poisons that simultaneously injure foes and heals allies. It’s a game with an incredibly simple premise, but one you can really squeeze some mileage out of if you really want to get creative. 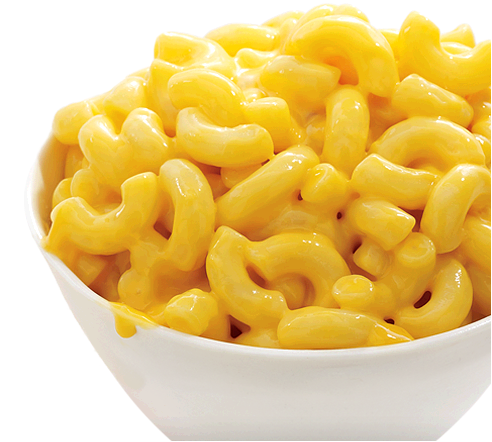 Mac and cheese is something of a staple in the Tacos Thanksgiving tradition. This is typically the first thing to be plated, and the first side to deplete. It’s delicious and creamy and you keep coming back for more of it - just like Rock Band. Since it’s inception way back when in 2007, I’ve kept coming back to the series with each iteration, never able to get my fill. And though you inevitably deplete your list of go-to songs, leaving yourself only with the dregs of the setlist (I’m lookin’ at you, “Flirtin’ With Disaster”), you keep piling it on year after year, ever-hungry for more. Even after you’re full, you’ve always got just a little bit more room for Rock Band. 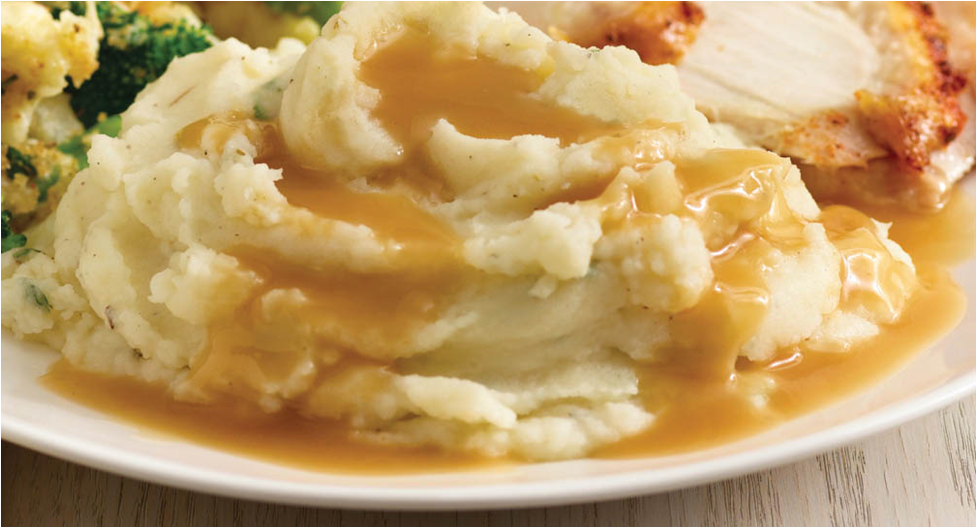 Is there a soul out there that doesn’t eat mashed potatoes? I mean, really - mashed potatoes go with every single dish. Mashed potatoes also take on many different flavors, making it one of the most versatile side dishes on the buffet. In much the same way, the Mario series takes on several different tastes, pairing itself well with many different main genres. Mario can run around by himself saving the Mushroom Kingdom in the main entries, pair up with friends in the New series, drive around in karts, play board games, he excels in at least four different sports, and now he even runs on mobile phones. The dude is seriously everywhere. And is there really anyone on Earth who doesn’t like Mario? 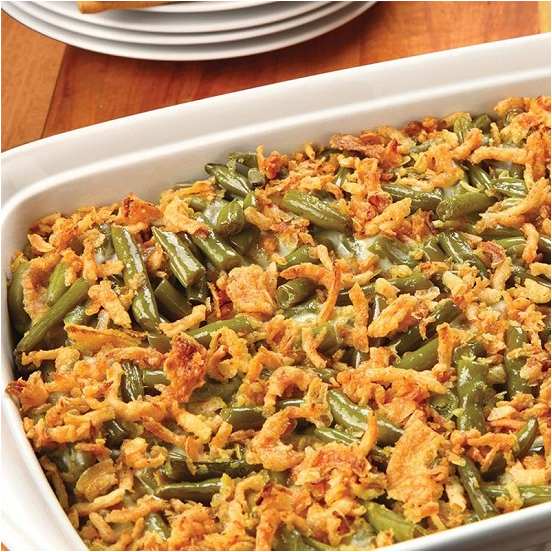 Green bean casserole is a dish of many textures, each eliciting its own mood. The crunchy bits added by the onion straws give it a substantial quality that makes it feel like you’re really onto something solid; the mushy bits from the barely-cooked beans themselves in the cream of mushroom soup give it a lackluster experience, leaving the eater wondering if they’re really consuming anything at all. It’s a real rollercoaster of emotions that leaves you confused at the end - an experience almost perfectly mimicked by Batman: Arkham Knight. When the game respects the user and commits itself to delivering actual content to the player, it’s a crunchy explosion of flavor and satisfaction; when the game makes you track down eight-hundred thousand goddamn Riddler trophies just to see the true ending, you’re left wondering if you’re playing a game at all. The game and the dish both take users on a ride that goes from wholly rewarding to shallow filler, all in between bites. Player beware! 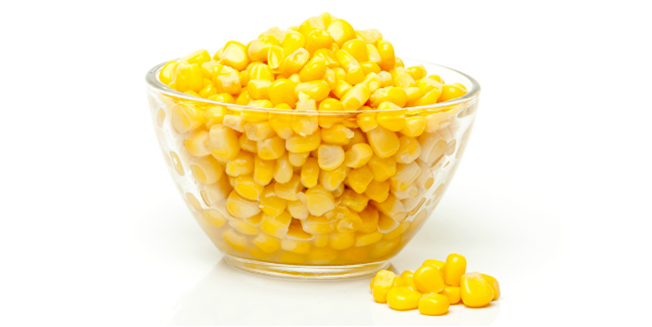 Corn has a special place in my holiday lineup - in the trash. I always scoop up a mound of the bland, golden pustules and let it sit on my plate while the other sides get devoured. At the end of my meal, no matter how many bites of the stuff I actually took, I’m left with the same exact amount, the rejected food always destined for the bin. It’s not that corn is bad; with any other meal on any other day, corn is a perfectly acceptable side dish. But with such better options on the table, why would you settle for corn? Fallout 4 is my corn. On launch day I scooped up a big ol’ heap of Fallout 4 onto my gaming plate, but was left ultimately disappointed. It’s not a bad game, per se, but boy do other games do similar things better. Mad Max has a better post-apocalyptic vision, Skyrim is a vastly superior buggy-as-hell Bethesda game, and pretty much every other shooter on the market has more satisfying shooty bits. Fallout 4 is just really, really bland. 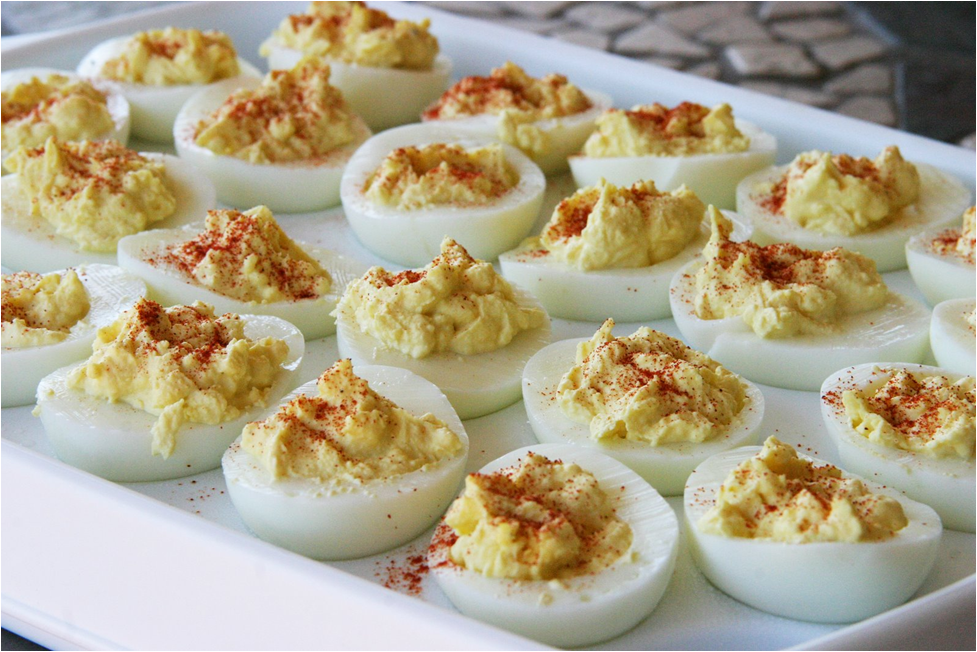 Deviled eggs are delicious. They’re small, but holy shit are they filling. The only problem? There’s never enough of them. Aunt Judy only makes a dozen of the things, and as soon as her, your fat grandpa, your dad, and your cousin Chad (who shouldn’t even be there, anyway, because fuck Chad) are done with them, there’s hardly any left for anyone else. There’s a criminally low amount of them, and they deserve to be a much bigger part of the landscape than what they are. For me, The Legend of Dragoon is the little deviled egg that could. While the game might not have been small in length (it came on four CD’s for PS1) it was certainly a much smaller series than the main competition at the time, Final Fantasy (and as this one was sandwiched right in between VIII and IX of the behemoth of a series, it didn’t stand much of a chance). Beloved by most that gave it the time of day, The Legend of Dragoon went almost as fast as it came - having only the one installment, there simply isn’t enough of this series to go around. So, get in early, and get it while it lasts, because this is a series that they didn’t make nearly enough of. 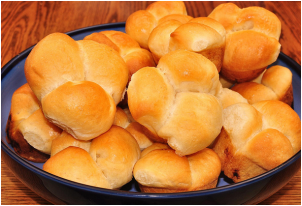 Rolls are always there for you, no matter what. Not once in my life have we run out of rolls, and I don’t think it’ll happen any time soon. That’s because rolls will never give you up, and rolls will never let you down. Final Fantasy X is my dinner roll. I’ve written about the game before, and for a very good reason: It’s a game I can keep coming back to, like a security blanket during a particularly rough storm. I’ll never run out of FFX, and regardless of what else is out there, there’ll always be enough to go around. Plus, Wakka is like your "old-fashioned" uncle who uses each and every opportunity he gets to say something racist! The game is like a mini family get-together! 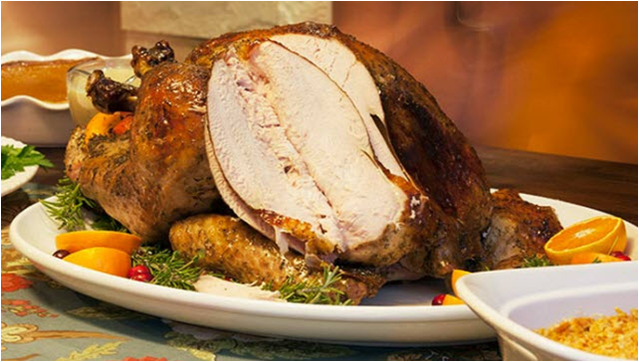 Turkey is the main attraction during any Thanksgiving feast. It’s endlessly garnished and spiced and doted over. It’s the dish that’s presented last, and the one that gets the most attention. The main attraction, if you will. It can sometimes be a little dry in parts, but overall this thing is juicy and delicious and filling, and earned its place as the centerpiece of the day. Bioshock is my Thanksgaming turkey. It’s meaty and fantastic, and the centerpiece of my gaming landscape. It’s the first game I recommend to people, and it holds a special place in my heart. While it’s true it can be sort of dry in parts, there’s so much substance to the game that it’ll keep you full for days. And besides, what family get-together would be complete without your Big Daddy and Little Sister at the table? 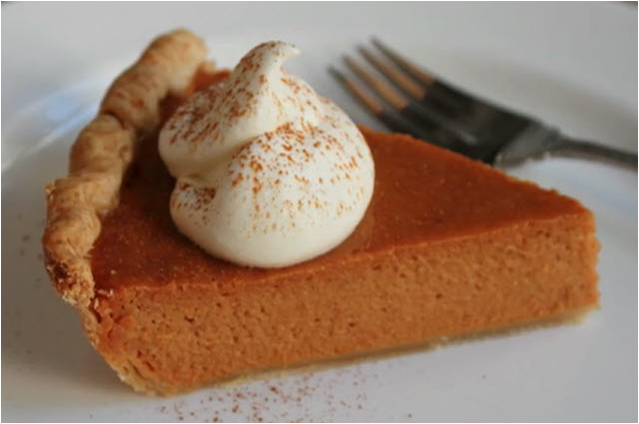 Pumpkin pie is the best dessert ever. It’s sweet, but it’s technically still a vegetable, as it’s made from pumpkin! For me, pumpkin pie also poses a pretty serious threat - one piece turns into two, which turns into four, and before I know it I’ve eaten the entire damn thing. The situation snowballs out of control, building up size as it rolls downhill. You know what else builds up size as it rolls (other than me)? A Katamari. Katamari Damacy is my dessert. It’s a game so endlessly sweet and fun that I’ll sit down to play one level, and before I know it half the day is gone. But, I don’t mind. Playing Katamari Damacy elicits the same feel-good euphoria as eating your favorite dessert. This is the ultimate sweet tooth game. 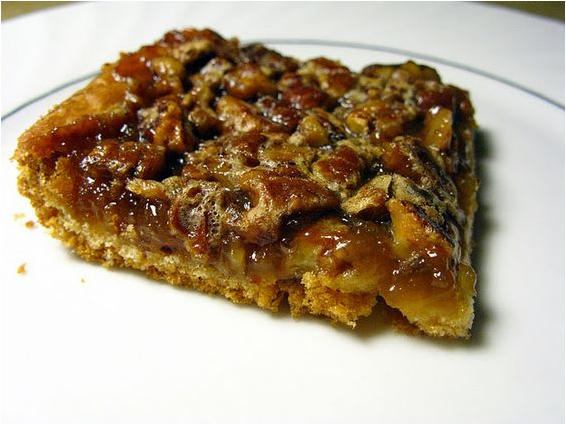 Pecan pie is disgusting and so are you if you eat it.