Dishonored first released 4 years ago, in 2012, and was one of the first games I ever wrote a blog review of!

It was a terrible blog, as my skillz were not yet at the level they are now and its a pretty rough thing so I decided to do a new review and give my thoughts of the game after binging it after all this time.

Dishonored takes place in the city of Dunwall, during a massive plague outbreak spread by vicious man eating rats. You are Corvo, the Lord Protector-basically the bodyguard and husband of sorts of the Empress Jesamine Kaldwell. When shes killed after you return by a supernatural assassin and your daughter is stolen, you are wrongfully charged with the crime and sentenced to death before managing to escape the prison you’re in and join up with a resistance movement to take revenge and take back the crown for your daughter. You can do so by being a murder hungry asshole or a merciful soul. The games main element is stealth-combat is more of a last resort thing and instead the game prefers you to take the stealthy approach-no less than what would be expected from the luminaries of the original Thief games. You have at your disposal a gun, a fancy crossbow, a fancy sword that I find too much enjoyment in twirling around to make it compact and make it a sword again and supernatural powers granted by a mysterious figure known as The Outsider to get the job done.

Gameplaywise, the game is still pretty damn tight-its controls work pretty well, for the most part sneaking around feels solid and you can generally tell what you can hide under-combat works well enough and generally I felt like I had good control over Corvo. Theres lots of different tools to deal with any given situation, as well as powers that can augment your playstyle…but I find too many of them are focused on killing people. As someone who only does pacifist runs because the morality system means that not doing that gives you a crap ending, I do wish there were a few more tricks in the bag but I generally play it pretty stealthy anyways so its not a dealbreaker. I do like how the “good” methods of dealing with targets tend to be a bit more difficult to pull off and are generally somewhat satisfying-even if they are notably crueler than just killing the person in a lot of ways.

The game gives nice visual and audio clues to let you know when you’re being detected, and the sound design is great-everything sounds good and theres some nice touches here or there that make it flow well together. Some whispering voices when you use certain powers, creepy cues, dramatic music when you enter a new area and all that combine with the world to create a satisfying world. Dunwall itself is really cool-designed by the guy who did City 17, the city has an interesting steampunk aesthetic as well as being a dark and depressing place in certain ways. Theres all sorts of routes to take to get where you’re going, some fun visual design, interesting iconography of the outsider strewn about and the faces are exaggerated enough that time hasn’t made the game look all that worse regarding that-some people have said that it almost has elements of looking like a painting and I can totally see that myself. The game still looks great after 4 years, and the aesthetic style has no small role to play in that-its a very well done game and it deserves a lot of props for that.

Storywise, the game is alright-I wouldn’t say the story is great but its enjoyable enough and it gets things where they’re going in a good manner. The games a bit short-I think this is probably something related to the fact that this was probably something of a proof of concept and also the fact that once you get good enough at the game moving through it is’t super hard, especially if you ignore certain bonus areas within levels or don’t explore much. I personally am not a fan of how Corvo never speaks-it makes him feel lacking in character, and I think it makes his journey and struggle harder to relate to on a personal level ala Daud in the DLC. Other than Emily Kaldwell most if not all of the voice actors do a solid or good job, and I liked the eccentric personalities even if they desperately needed more voice actors in terms of the guards-but again, might be that proof of concept dealie. 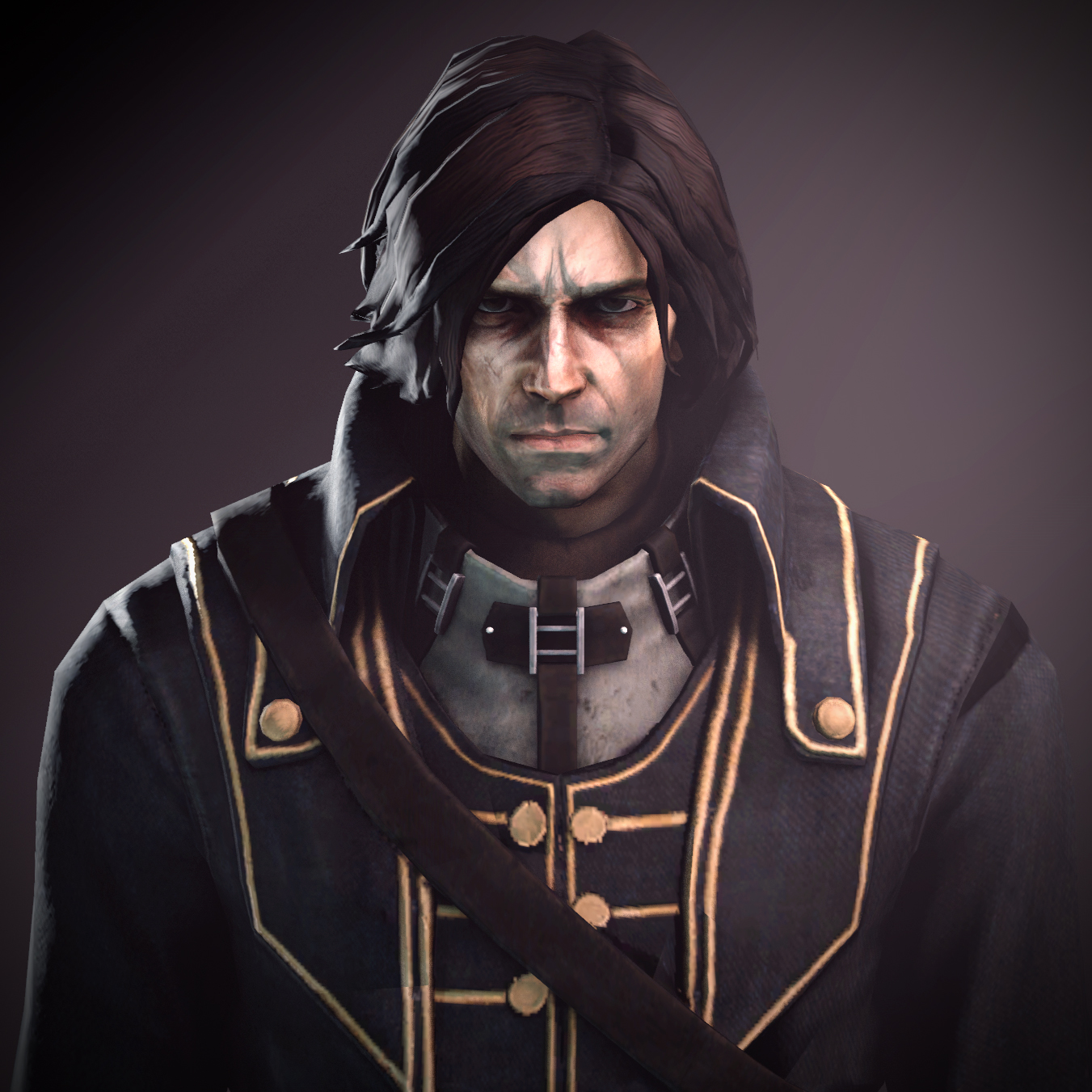 One of my favorite aspects of the game is The Outsider-he’s voice acted well and hes interesting as a bored god who likes to give people powers to entertain himself. He grants otherworldly powers to but a few, but his bone charms can cause people to lose their minds or give them certain powers if they can tap into the void he lives in, and hes clearly a sinister if not entirely evil presence. Yet hes not monstrous in appearance, aside from his black eyes-again, a nice subtle thing that I think works for him as an entity.  Its a well done concept and one of the more interesting elements of the game as is the whaling and how cruel it comes across-intrinsic as it is to the world. I feel it could have been a bit more explored in the main campaign, as I feel like its not quite as much at the forefront as it perhaps should be but its not a huge issue. I like lovecraftian themes like the outsider, or at least as I read him-an otherwordly power that is somehow wrong or at least beyond the understanding of normal men, and whose powers can be stopped or held back by music boxes using some form of mathematics algorithms to bring order to his chaos. Really fun stuff. 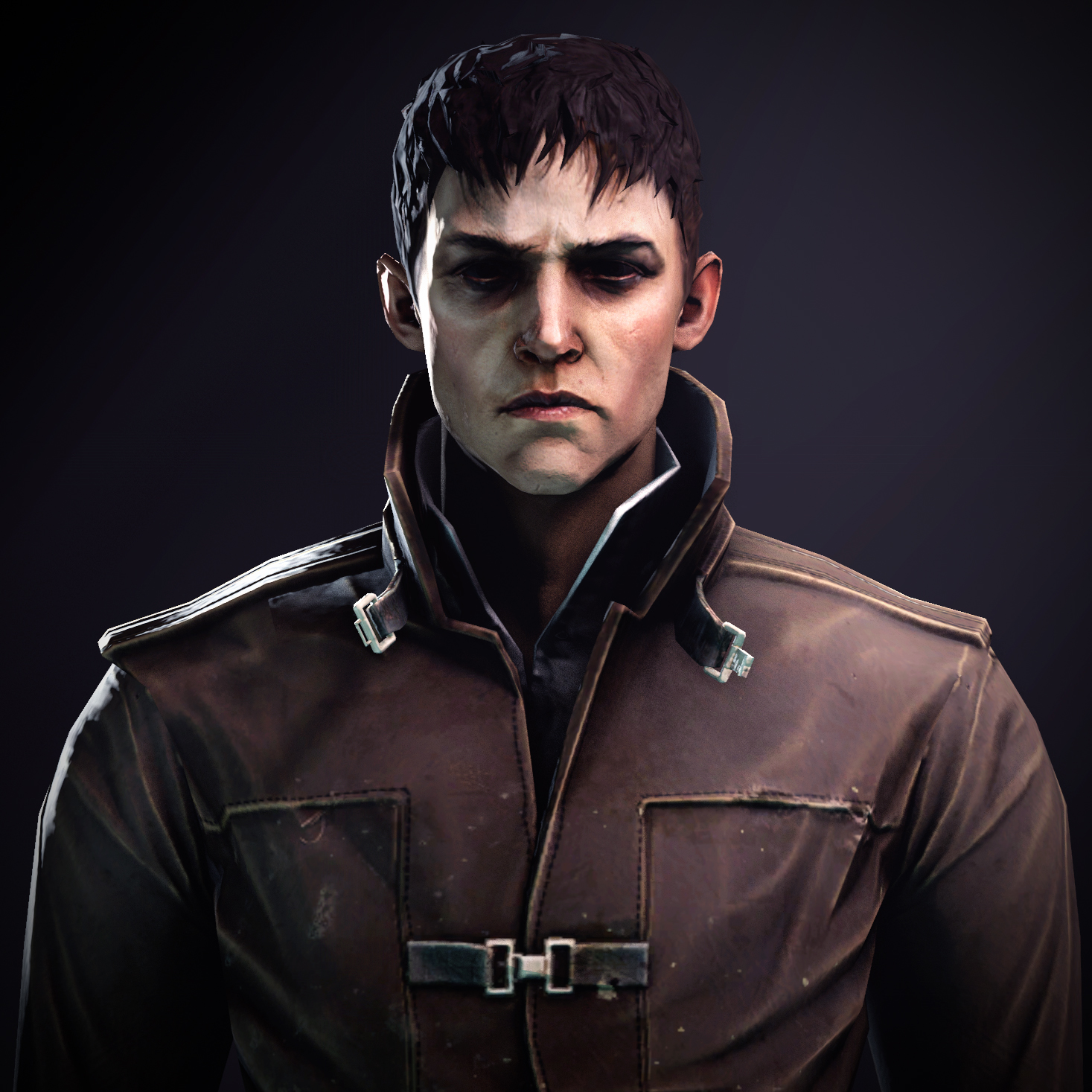 Overall, solid gamplay/level design has allowed Dishonored to remain eminently playable, and the aesthetics have helped make sure the game still looks pretty solid going on 4 years. I think its a good time all round, and if you haven’t gotten a chance to grab it yet I would say do so-though I would also make sure to get the definitive edition as that comes with the excellent DLC.