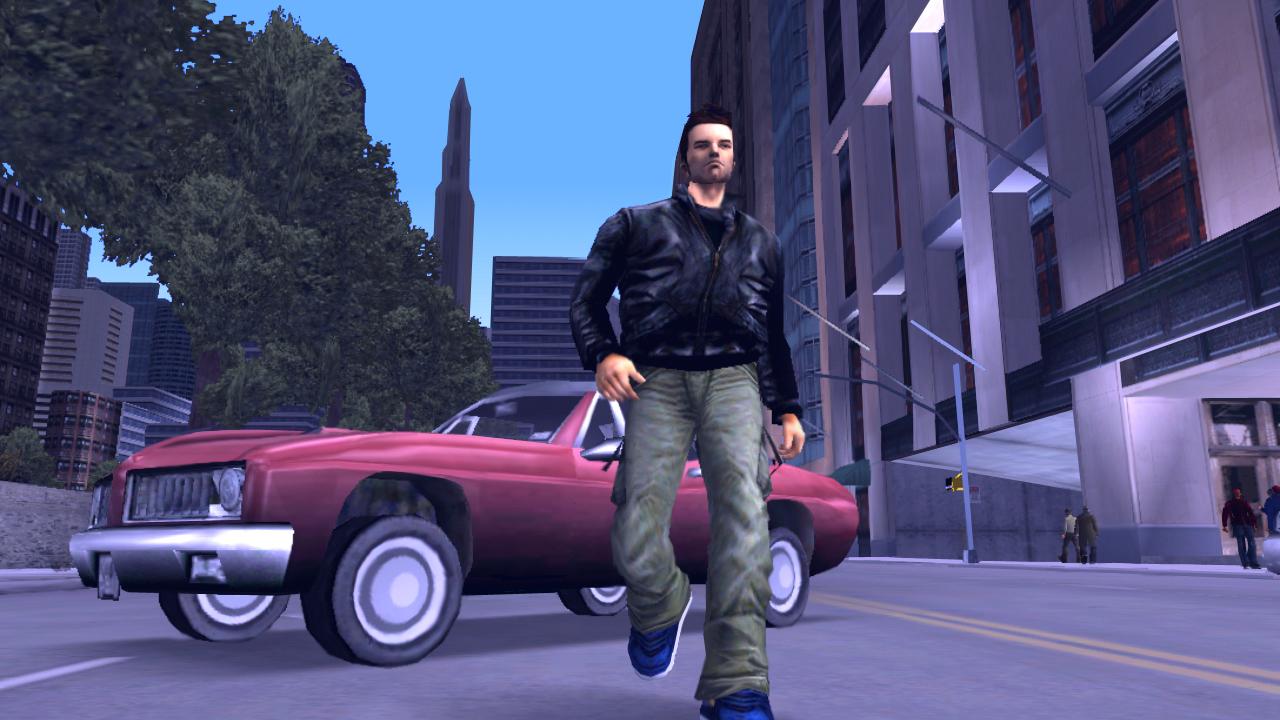 On October 22, 2001 Rockstar released a little known title into the world that changed the industry forever. That game was Grand Theft Auto III and it brought a cutting edge vision of action/adventure games. A world laid out in front of you; gifting you tools to unleash havoc upon anyone you chose. As with any revolutionary breakthrough though, people were hungry for more. You could spend hours goofing off as you ignore the usual campaign that games made you follow. Players could make their own fun in the game off the beaten path, or after said campaign was over. While there wasn't much of a social media to gauge how popular the series was among fans, the big publishers took notice to how much money was being raked in and how much attention it received from media. That's when big publishers knew they needed to have the next great, vast, open world game.

Since the release of Grand Theft Auto III, you can't take a look through a game store without seeing games with open world elements filling the shelves. Batman: Arkham Knight, Metal Gear Solid 5: The Phantom Pain and Mirror's Edge: Catalyst just to name a few. The funny thing about these games, however, is that they didn't start this way; each of these games brings one of three issues that are prevalent to the open world genre.

Batman Arkham Knight released last year with a lots of issues. The PC version was a huge mess, the story seemed to be divisive among fans and the Batmobile took the spotlight away from everything else. If you could get the game up and running, though, it seemed like the majority of the community had an alright time with it. It was the low point of the series but it was the conclusion to the SAGA of the Arkham games. A couple of hours into the game, the Riddler shows his ugly mug again to taunt your intelligence with his puzzles. You then go to the lighthouse to see Catwoman taken hostage with a collar that Riddler could detonate at will. Though, as much as he would love to do that, he would much rather force the Dark Knight to go through multiple challenges, including puzzles and races (yes, you heard me right, races).

Although, that isn't the biggest issue. For me, collecting the illuminating green trophies after three previous games is. Having collectables spread across the world seems to be there only to catch your attention for the moment before moving on to what mission you were originally following. These types of meaningless items add very little to the overall experience. It doesn't help that there are so many collectibles in some open world games, that you can't turn around a corner without seeing a hint of one nearby. There have been multiple times where I am gliding towards my next objective only to see a Riddler goon or trophy inside a puzzle. Most of the time I will fly by the distractions, but there are times when I say, "Fuck, I guess I can stop on the way there," and quickly stop to beat up a goon or two. This causes the game to go from Dark Knight simulator to wife called and asked if I could bring home some milk on the way home.

Batman isn't the only game series to go this route. You only need to look at Ubisoft's open world games to see similar tasks. The Assassin's Creed series and their feathers or flags are the most notorious as their icons litter the in-game map. Please, for the love of God, lighten up on the random collectible objects you place to fill up your empty worlds. Metal Gear Solid is easily one of my favorite series. I started off with Metal Gear Solid 2 after playing Splinter Cell and have been a fan ever since. So much so that Metal Gear Solid 3 has stood at my all-time favorite game. To say that Metal Gear Solid V had me excited would be an understatement. It was the last game in the series to be headed by the original game director Hideo Kojima and possibly the last Metal Gear game we’ll ever get. All the trailers fed into the hype that coursed through my body whenever I thought about what the concluding game would contain. Who was the new antagonist and what are his motives? Would we see a young Snake and Liquid? What would be the downfall of Big Boss? WAS THAT VOLGIN?! Well, most of those questions were answered, but it led to the weakest story in the series.

Metal Gear Solid V is no different from other open world games, which usually contain a multitude of tasks to pad game time as well as build onto the grind of unlocking items. Between every couple missions, you will be informed of a few side missions that are available in the world for you to go out and accomplish. These usually come down to  "Obtain General X" or "Destroy Patrol Y". While these help build resources you can use to build your base or get new gear to use in the field, they seem to only exist to pad the overall game length. When you finish a mission and Kaz tells you that you need to urgently take care of the current issue, yet you have time to just run off after a bear, there are no high stakes. You know you will go into a mission, play it through and just be spat back out into the open world.

While critics and fans applauded the new options to approach missions thanks to the open world, I just didn't see it. Metal Gear Solid always had options at your disposal due to the open level layout of every area that you entered.  Want to go straight in and ruin every guard posted? You can do that. Want to tactfully sneak through a small vent so you can sneak around without the guards ever knowing you were there? You can fucking do it. The side quests and open world design offered very little compared to what the Metal Gear Solid series already brought to the table and the story suffered because of it. 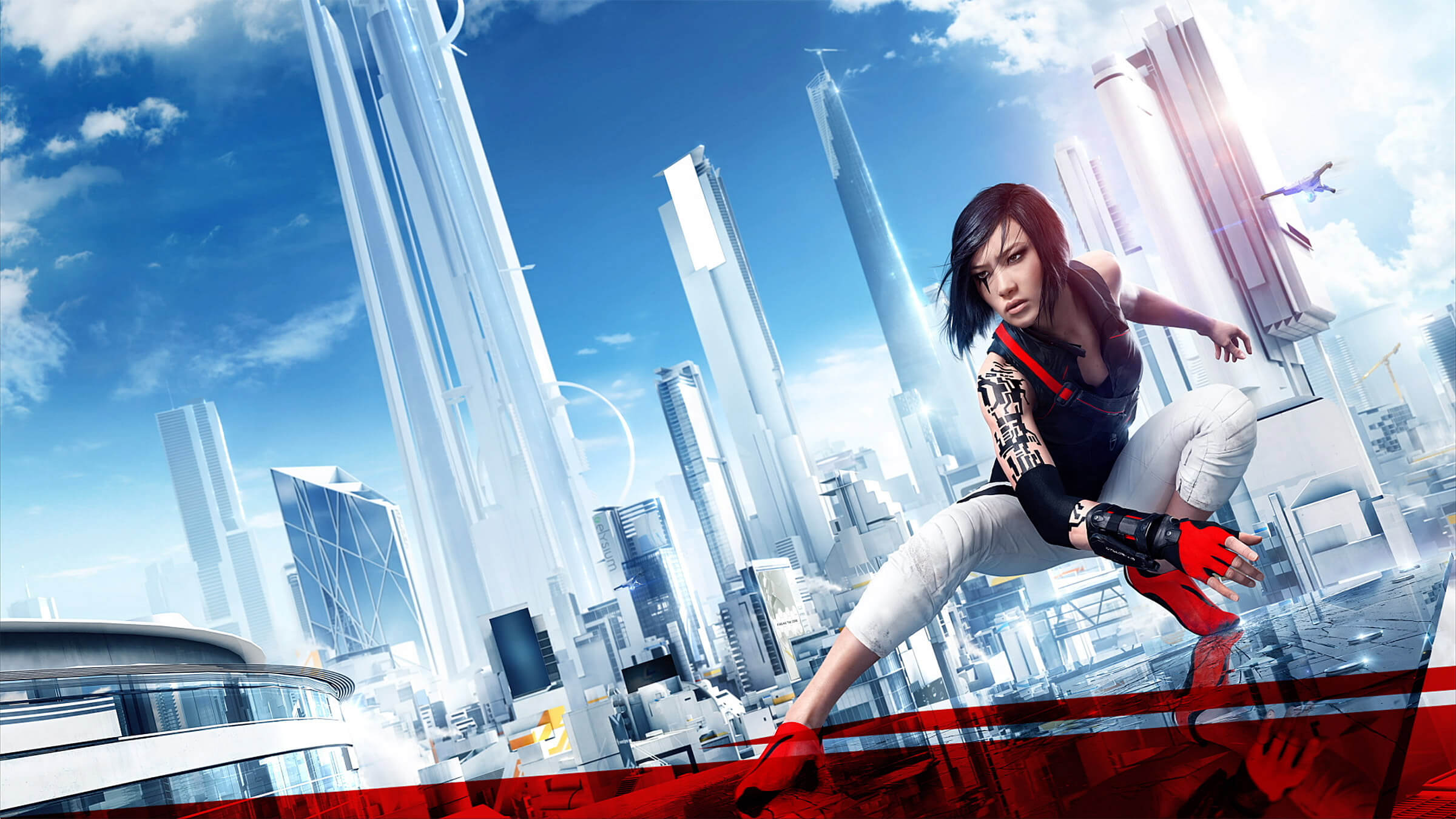 Running Back and Forth on the Mirror's Edge

Mirror's Edge became a cult classic back when it released in late 2008. It may have not been one of EA's biggest games but the reviews for the game were pretty favorable and became a hit among groups of gamers. The fast paced platforming from a first person perspective stood out from the rest of the big traditional AAA games. Not to mention the style of bright white clashing with bright red turned heads away from the browns and greys of most FPS games. So, when we received a new IP with a fresh idea, people wanted more. There were long periods of silence with a few teases sprinkled here or there at the chance of a sequel. Once it was officially confirmed that the fans were going to finally receive another game in the franchise, people celebrated. Almost everyone was excited to see what could be improved or tweaked to make the game more fluid and fun. The game ended up releasing this year but received pretty average to negative views. Forced combat, flat characters and not that many new interesting mechanics held the game back. That… and the constant back tracking between missions.

Mirror's Edge had an abrupt pace to the game. You start the game off pretty strong as you run away from enemies while fighting a few baddies here and there. Then the game dumps you into the open world with a marker to your next mission. Oh boy. The first couple of times you start a mission doesn't seem too bad, but it quickly grows into a monotonous path. You go from guy A who tells you to go visit guy B. You go visit guy B before some shit happens and you have a fight or flight moment. You run back to guy A to see a cutscene with his reaction to what happened, before he tells you to go back to guy B for another mission. It's just back and forth to the point where I had to put the game down.

The game also commits the earlier sin of MULTIPLE collectibles in the empty world that do nothing but give a small boost of experience points. The only other side attraction are races that could have easily been in a separate menu rather than running to a marker to start. The original Mirror's Edge had a constant forward moving momentum with slow quiet moments filled with platforming. For a game that keeps telling you to move forward, it sure did stumble a lot in places.

Those are just a few examples as to why I dislike the trend of most AAA games moving to the open world layout. The term linear is such a dirty word nowadays that some people will not pick up a game when they hear it described as such. I think the true key to a good narrative, as well as fun levels, are found in a happy medium. Open level layouts are common occurrences in most linear stealth games these days. Games like Splinter Cell Blacklist, Hitman and Dishonored had levels with multiple approaches to them. They had the obvious main entrances and gear that you could use to accomplish your mission. If you take a moment to stop and survey your surroundings, you may find alternate paths or hidden items that actually help you achieve your mission. With this type of route, you can also visit multiple places to make the player feel like he is actually going somewhere rather than dropped back into the same world to do yet another mission in the desert. I'm not trying to say open world games are bad, not at all. Batman Arkham City and Saints Row IV are some of my favorite games that use their open world design to add to their overall strength. As the medium strives for better techniques we just have to try to keep an open mind to all options rather than the one.