The re-launch of the Sega Genesis in Brazil

RISE FROM YOUR GRAVE !

Well gentlemen the time has come, Nintendo launched the Nintendo Classic to much appraisal and following that trend some others were sure to follow.

Tectoy, a brazilian electronic entertainment company founded in 1987 - responsible for the distribution and localization of the original Sega Mega Drive in Brazil- decided to use it's Sega licenses to recreate the original Mega Drive, and they were not joking about it!

The new system has the external appearance of the original Mega Drive and comes with AV cables and a original 3 button controller (that works on original systems by the way). But this is what really impressed me , look at these specs:

Processors (integrated on a single chip):

They are almost identical to the original Mega Drive !

Apart from the lack of support for games with special chips and lock-on technology ( like Virtual Racing and Sonic & Knucles ) the system promises to play cartriges like any other Mega Drive would (blast processing included). 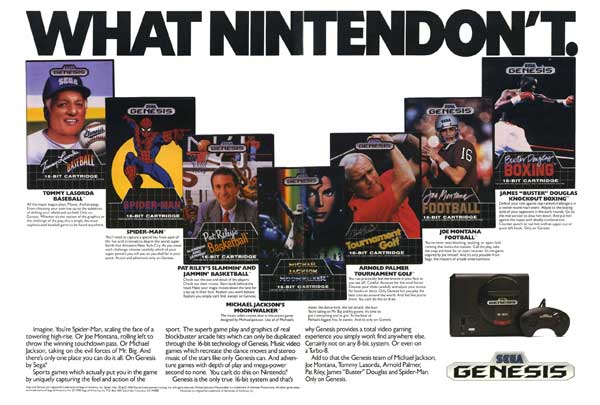 And of course there are built-in games. Take a look at the list:

Pretty much a lot of classics, I would recommend the majority of these titles to anyone that wants to know what was great about the Mega Drive and how it defined a part of the 16-bit era.

Now I personally think there are pros and cons to this re-release, first of I agree that having something close to the original specs (that even plays most of the original cartridges) and has a SD port expansion (a built-in everdrive !) is out of the norm and cool.

They could have just put a ARM chip in there and call it a day with emulated games, but they went for the real deal, some may like it, some may berate it. Fact is, this is a deviation from current system re-releases. I see value in it (because I like the idea of having something close to the original hardware) but I get when others might view this has "crap", missed opportunity or simply a bad idea due to the restrictions of the original hardware.

The lack of HDMI output did not bother me since the output of this hardware is limited to what the original hardware could do, but I get that some may refrain from buying the system due to the lack of support for image filters and state saving ( yep no state saving boys and girls - it's hard mode all over again) .

A good reminder of what the 16 bit era stood for.

This console is currently being sold on Tectoy online store with release dated to june/2017 ( yep 7 whole months). It's retail price is at 122 dollars (this may vary due to dollar exchange rates) and it does not present a international delivery option (bummer).