The many ways Doom 2016 multiplayer messed up.

When the Doom beta came out many people thought that Doom was Doomed because the multiplayer was SO poorly handled. It felt closer to Halo than it did Doom 1/2 or, the king of id multiplayer, Quake. As a person who played well over 10,000 hours of quake 3 as well as thousands of Unreal and TF, let me go over the ways that Doom messed up the arena multiplayer formula.

1. Locking custom loadouts and weapons behind arbitrary EXP progression system means that new players, who are already trying to get their bearings, are at a mechanical disadvantage. That's like trying to teach someone pool but first breaking one of their fingers, why would they want to keep playing? You need to play many matches to unlock everything.

2. Hack Modules. In addition to being strong, you have no idea which modules the enemy has, and getting the modules is COMPLETLEY RANDOM. You have no control of what you get, and they are limited use. One and done, then you gotta gamble that you'll get a good one for another match. Having a gambling system that gives potentially huge advantages to one player can be fun in a random sort of way, but are also obnoxious. It can make you feel like you lost because of something you had no control over, knowledge that the opponent had, or you simply got a worse version than another person. Some of the modules can last up to 2 minutes if you get a gold version. Yes, you are reduced in how many modules you can carry into a match but having 2 minutes of one of these can give you the lead and once you get that lead it's much harder for someone to get it back.

These are some of the hack modules you can get:

Infinite ammo
Spawning with armor each time you die, up to 10 armor per death that increases cumulatively. You could spawn with full armor if you die enough.
Being able to see enemies through walls (wallhack)
Grenade cooldowns reduced, up to 50%
Reduced self damage, up to taking ZERO self damage.
Move faster as you take damage. (Makes you harder to track).

3. Loadouts unto themselves are kind of a bad idea in this sort of game, it's fine in a large scale game like COD or Battlefield which typically feature tons of players in large areas and don't have gameplay that emphasizes what Doom does. Often those games are centered around team play where each player has a specific role.

Having loadouts means that you don't have weapon spawns. Weapon spawns give important locations to center a fight and the ability to track where an enemy might go. Without important items spawning the game is just chaos unless a power weapon has spawned, which takes a long time. Also most games design maps and weapon spawns based around the usage of the weapon.

Quake 3 DM 6 is one of the best known, and best designed, FPS maps of all time. Almost every weapon is put in a location that emphasizes their use. Rocket launcher is placed at the top of a large pit to utilize it's strength above enemies, the high jump pad is easy to track an opponent coming up and hit them at the top it also clearly views the megahealth/quad damage in it to allow you to cover it. The lightning gun is positioned in a small room with 2 straight hallways, a small stairway, and out into the pit that the rocket launcher covers as exits and the room has no vertical option. This emphasizes the strength of the LG, however that spawn is also susceptible to grenades and rockets. The railgun is placed on a spot that covers the bridge and also large open areas, however getting the railgun forces you to take an obvious path that has a wall right next to you the whole time, making you an easy target for rockets or plasma. Now, in all fairness, strafe jumping allows you to circumnavigate some of the railgun issues but it still has weaknesses.

With load outs and no weapon spawns you significantly reduce "hot spots" where players will gather to fight. This spreads out the combat into random skirmishes with no logic to them. Maybe you run into somebody, maybe you don't. In addition it weakens level design as there loses much of the coherence that creating small zones can have. You know aproximately where players are most likely to fight from and to, which allows you to tailor the area around that item as well as create, effectively, a mini map inside a map. You know that there are going to be consistent skirmishes within this zone so you design the angles of attack and pathways to deal with that zone to create strong positions and flanks. Without that sort thing the maps become cluttered and you lose many landmarks, this can make it harder to remember the layout of a map.

Oh yeah, and maybe it's me, but all of the Doom maps I played feel overly complicated. I dunno, that could just be lack of experience.

Also, clearly, people like the fact you can select any weapon and carry them all when playing Single Player, so... yeah.

4. Minor thing: The demon seals, which are already pretty OP, don't spawn in the same location every time, or even in an order. This means that in team games there is, yet again, another gambling aspect. Just by pure luck one of your teammates could be closer to the demon rune when it spawns and get it before the enemy team and wipe the floor with them. It's a zero skill thing.

5. The multiplayer DLC splits up the community. This cannibilizes the already relatively small playerbase. 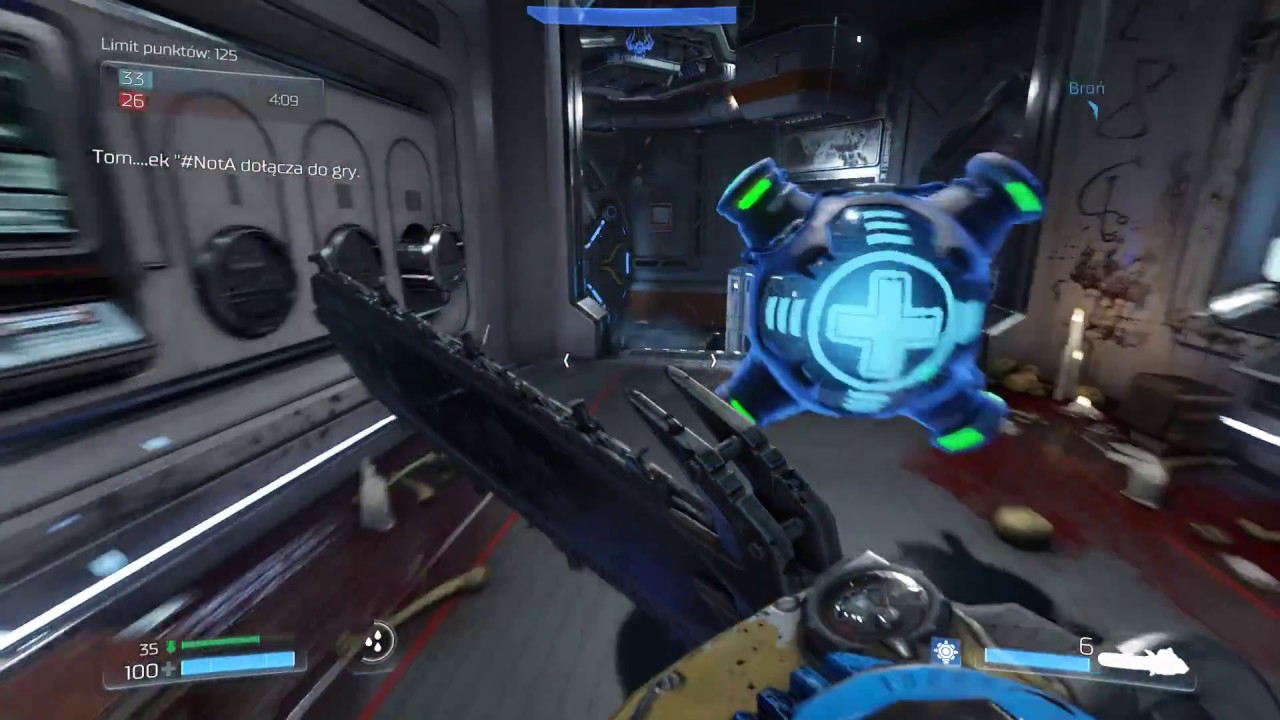 Lastly, why the heck do they use cell phone bar lag indicators on a PC game without even giving the option to show normal ping? They had SO many computer only options that seems like a weird oversight.

The Multiplayer in Doom was developed by a company known as Certain Affinity, a company made up of former Bungie employees, with co-development, likely minor supervision, handled by id. CA's history all points to working on games that obviously had their multiplayer heavily influence Doom's, and it shouldn't have, because Doom is meant to be a totally different beast.

Here are the games that Certain Affinity has worked on that may have caused people to go "hmm, this kind of reminds me of COD or Halo" even without knowing who the developer was:

Actually, COD and Halo are almost exclusively what Affinity has worked on. Out of 14 titles 9 of them are with Call of Duty or Halo.

These many things lead up to a fairly mediocre multiplayer for the Doom franchise. Even without the game, and other arena type shooters, multiplayer to base it on, Hack Modules were a bad idea and so was community splitting DLC.