Splasher Demo REVIEW - One of My Most Anticipated Games

*Author's Note*
This is another old review I wrote, and can be found on my old website. I wanted to repost this because not only is it still relevant and a helpful shout-out to the developers, it's also really dang good. It's something I see real potential for speedrunning and AGDQ, and really just wish it the best of success. The demo is a tad old now, but still good regardless. To see how much more polished it looks, feel free to take a look at the website. Anyways, enough of my pointless yapping. Start reading more pointless yapping! 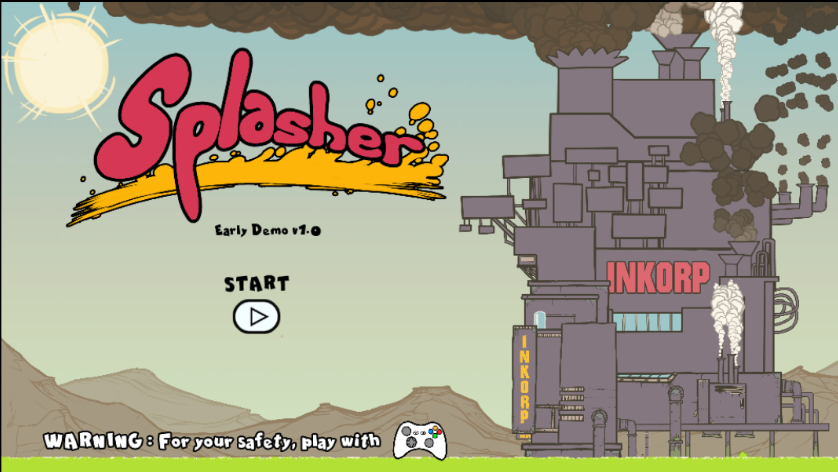 The old demo for Splasher was alright, but by no means revolutionary. What is was wasn't bad by any means, as the very early demo served as a core for the entire game, which is what this new demo works off of. This new demo is everything I ever wanted from Splasher, which makes the promise of the full game all the more appealing.

Like the old demo, this demo's core mechanic of the splash-pack (a little backpack with a gun shooting water and ink; I do not know if the backpack has a name, but I'll call it the splash-pack) makes this game seem and feel like a 2D-Platformer version of Tag: The Power of Paint. This mechanic is where you shoot multiple types of ink, as well as water, out of the splash-pack in order to traverse the level. There are two types of ink: the red and yellow. The red allows you to stick to the walls and ceiling, and the yellow bounces around the things it touches. The water, as you could've guessed, washes away any ink. 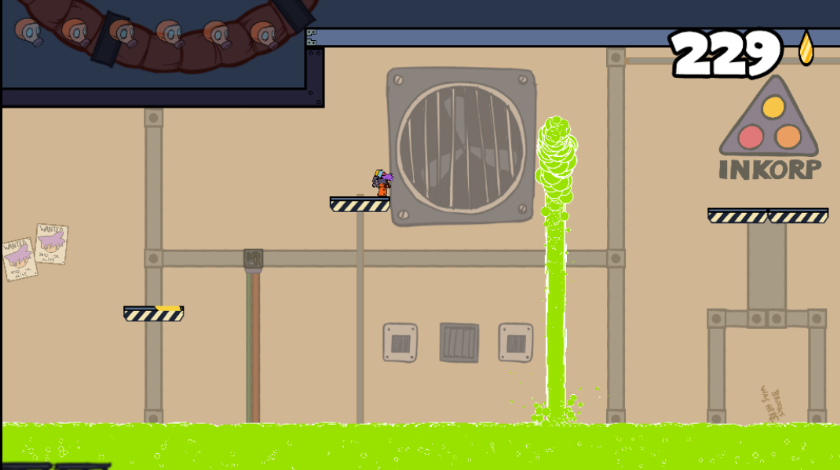 This core mechanic affects everything in terms of how levels are designed. There is no way to wall-jump without using the red ink to stick to walls, and also no way to make certain jumps without the yellow ink. Obstacles like lasers, buzz-saws, and robotic potatoes all kill you in one hit, so knowing how to deal with them is key. There are multiple types of robotic-potatoes, each one having it's own attack pattern and way of being dealt with. The water can kill all except the water-proof ones, which have to be pushed into something with the yellow ink or stunned with the red ink so you can run away.

This game is obviously set up to play with a controller. Using one seems a lot easier, but I personally enjoy playing platformers with a keyboard, so I can only give my account of that. This is my account of using a keyboard. The keys are weirdly placed, so if you want to use a keyboard you'll have to spend time in the window before the game starts to assign the different functions to the different keys. Even then, this game's shooting has a lock on function, and three different keys for the water and two inks. Keeping your fingers from forgetting which is what and what each would do in conjunction with each direction in that specific scenario can be a hassle at times. It is most certainly doable. I did it quite well, considering I've beaten the demo. 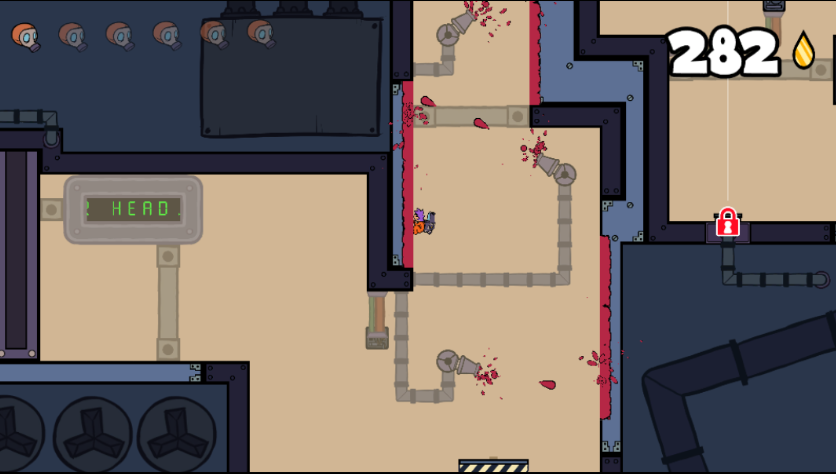 The difficulty in this demo can be rough at times. Some bits aren't too difficult, but others are absurd. This is balanced out by decently frequent checkpoints though, so it's never too infuriating (unless you just suck). The difficulty is never achieved through unfair means either. Enemy spawns are telegraphed, obstacles are clear and easy to see, and the mechanics are simple enough that once you get them down it shouldn't be too hard. Although, when you're forced to go fast and you have to deal with lasers, robotic-potatoes, buzz-saws, and more while splashing all sorts of inks and water at the precise moments to set off things and make it through a stretch without dying, it can be hard. There is even a warning on the website for this game, stating that the demo requires a great amount of skill to complete.

One of the only complaints about the old demo was the lack of interesting visuals and the absence of music in general. This has solved those problems and then some. The art was completely re-designed, and looks gorgeous. The art itself is very stylized and cartoony, the color pallet uses an array of vibrant colors, and the animations are smooth. Even the creatures changed into something that fits the style a lot better. The music is superb. It's fitting, fun, adrenaline-pumping, and just well composed over all. I might just do a VGMC with some of it's music in it.

All in all, this demo was an amazing experience. The hard-core platforming was fun and posed a true challenge, and all worked around a well thought-out core mechanic. It kept everything good about the old demo and kept it. Then it took everything it needed to shape up, and shaped it up. There are only three levels in this demo, but the full game will have over 40. Considering how long each level is, I'm going to love that. This demo is officially what makes Splasher one of my most hyped games for 2015 or 2016, depending on when it comes out. 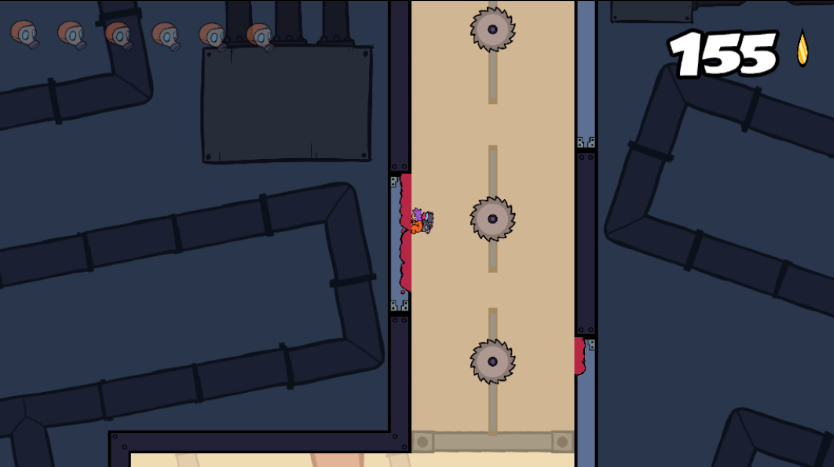