4:48 PM on 10.20.2016 (server time)    0
Hoy small fries!
It's almost time for my favorite day of the year and since I'm a big horror fan I figured why not recommend some games for halloween, I planned to get this out much sooner given Halloween is 11 days away but I got caught up trying to finish my Valkyria blog.
So without further ado here's 5 horror games I'd recommend this year.
ZombiU(Wii U, though worser versions exist on the ps4, xbone and pc) 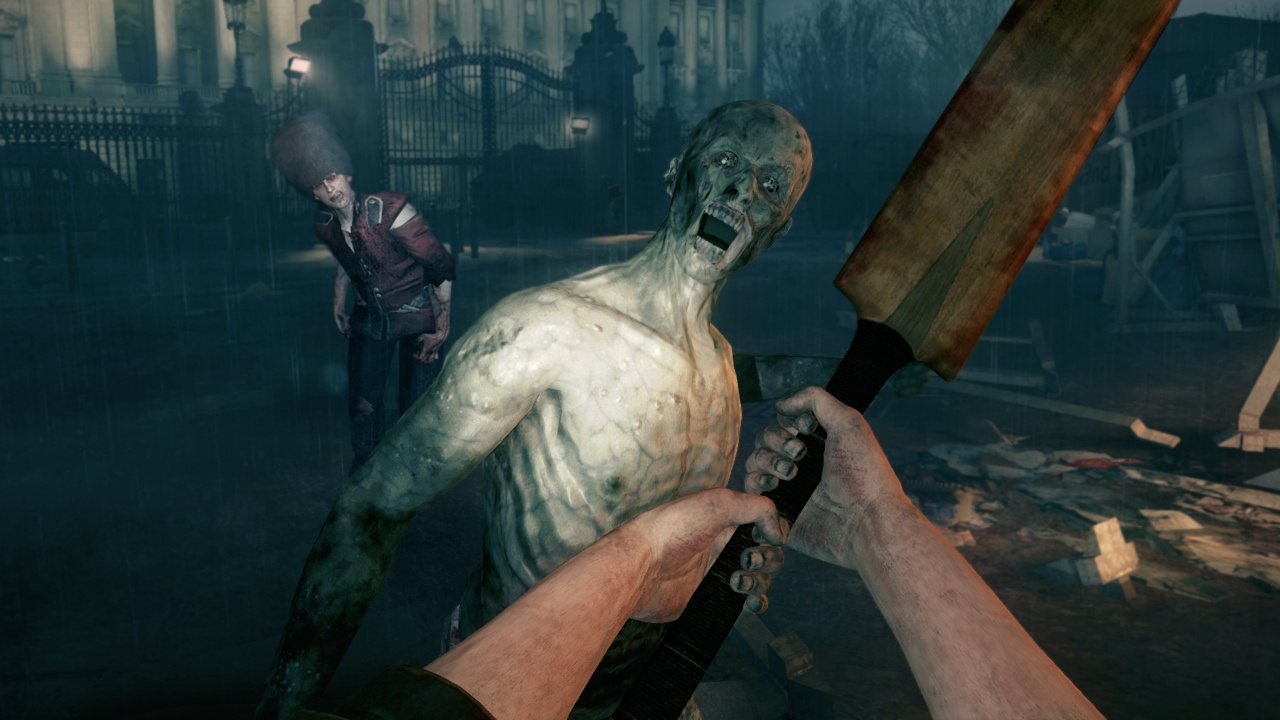 Starting off with one of my favorite games on the Wii U, If you consider yourself a survival horror fan you really need to try this game zombiU almost perfectly encapsulates everything that made old resident evil good and I consider it one of the most underrated games of this generation(or last gen depending on what you consider the wii U), most reviews completely missed the point critiquing it as more of an action game then pure survival horror.
We've had an influx of zombie games the last few years to the point gaming is over saturated with them, but what made this game so unique is that it actually brought fear back to them, in Zombiu you can be killed with just one bite, just one single zombie can fuck your day right up if you're not careful and if you die thats it your survivor you spent ages with is dead and you continue the story as a new one having to hunt down your now zombified previous self to regain your equipment in a great spin on the souls bloodstain mechanic.
Fighting even a single zombie can be scary especially if you lack ammo or guns, when you're inexperienced with a weapon you can frequently miss shots and especially in early game every bullet counts plus gunshots attract more zombies, your other weapon the cricket bat can take ages to kill a zombie(unless you're smart about it as knocking zombies over can give you a instakill move) and each hit has weight to it.
It also has one of the best uses of the gamepad I've seen, while I enjoy games like wind waker making more casual use of the gamepad decluttering the screen and making it easier to play, ZombiU is one of the only games thats truly used the gamepad to enhance the game in a meaningful way, there's story reasons in zombiU for you having it and it acts as your map as well as alien style scanner for detecting movement and items it all works great and without the gamepad the game would be much harder, I also love how going into your inventory leaves you vulnerable to enemy attack as your character physically pulls out his bag to sort through items.
Storywise I actually found it quite interesting, it decides to focus on telling an interesting back story for the apocalypse involving the black plague and Charles Dee, there's not much in the way of characters but they do try to make some of them a bit memorable such as the prepper and there's one great small character near the end game that i won't spoil.
I also adore the games art direction, they clearly put a lot of work into making this a really creepy yet realistic London and I love the detail of the areas you go to such as the tower of London and the nursery, I also have to give props to it's simple yet effective music https://www.youtube.com/watch?v=Y628cYesjNQ&list=PLeleK6Ese4exqctRBSj3oCQP-9fRS0GVX.
This all being said, ZombiU was built on a tight budget and does have a lot of bugs, my last playthrough ended when I fell through the ground died and could'nt retrieve key items as a new survivor due to my now walking corpse floating in the abyss somewhere but I feel the pro's heavily outweigh the cons and I have found truly gamebreaking bugs to be infrequent, that being the only one that's ever happened to me. I know it was released for other systems but if you can get it for wii u do so, the loss of the gamepad cripples the other versions heavily.
Alien Isolation(ps3/4, pc, xbone/360)

Damn where do I get started with this game, well for one if you're an alien fan...well lets be honest you've already played it, Isolation is the best adaption of Ridley Scott's work in gaming possibly in any medium barring the movies themselves.
If Zombiu is pure survival horror then Isolation is a hodge pot of horror sub genres, it's part run and hide gameplay, part action horror once you've saved up your ammo and part survival horror due to the amount of scavenging you'll be doing.
The main thing that makes Isolation so good is it's adaptive A.I the alien is scary smart, it adapts to your strategy's and becomes more aggressive the harder it finds catching you, hide underneath tables too much? it'll probably catch on. Have a habit of running around? don't go near the vents...
The Alien A.I truly makes for some unique scenarios, one of my favorite of which was when I was hiding from a human survivor in a locker who turned up infront of me, the lights were flickering overhead and the alien popped up behind him and shanked the fucker with his tail, it was a truly immersive scene and something entirely unscripted, the A.I makes it so that you never feel safe fighting the alien.
The sound and design is incredible, perfectly capturing Alien and imo it's still one of the best looking games on the market due to just how well everything is done barring the dodgy character models.
I believe the game usually goes on sale around this time of year so if you're looking for a horror game that will always keep you on your toes and scared I highly recommend this one.
Haunting Ground(or Demento for you foreign weirdo's)(ps2)
Haunting grounds is an interesting one and I consider it another one of my favorite horror games.
You play as Fiona Belle a young girl who awakens in Nekro's summer home a creepy castle after a car crash, she almost immediately befriends a dog who becomes your partner throughout the game, you then spend the game trying to escape the castle running away from the few creepy inhabitants of the castle while unravling a bigger story about why you are there.
The game has really disturbing themes of sexuality, the enemy's you come across in game all want Fionna's body for varying reasons.
There's very few enemy's only consisting of a few minor enemys and 4 main villains one of which inhabit each area of the game, the best of these is by far the maid Daniella.....Daniella is one of the most terrifying characters I've seen in a game, she's relentless, seemingly immune to pain and obsessive about being "complete" a process for which she believes she needs Fiona, the games death screen does a good enough job of showing how scary she is without even showing anything the voices speak for themselves...Warning really nsfw....fuck it not even safe for home viewing because your neighbours will think you're a crazy psychopath https://youtu.be/A_7jD3QRdjM?t=20s

I'm not sure if I'm aroused or scared shitless...possibly both...
The dog(Hewie as he's called) is worked in as a great mechanic, apparently many players were confused by him but essentially you have to train Hewie throughout the game scolding him for being bad and praising him for being good, if done right he becomes a powerful companion being able to sniff out items and even fend off enemies.
The games art direction is fantastic as well, there's a lot symbolism and the environments ooze with Gothic style.
While the game lacks much in the way of combat it's main focus is that off puzzles similar to a lot of other ps1-2 horror games. if you enjoy the games, Resident Evil, Clock Tower, Silent Hill then I think this is the game for you.
Condemned: Criminal Origins(pc, xbox 360) 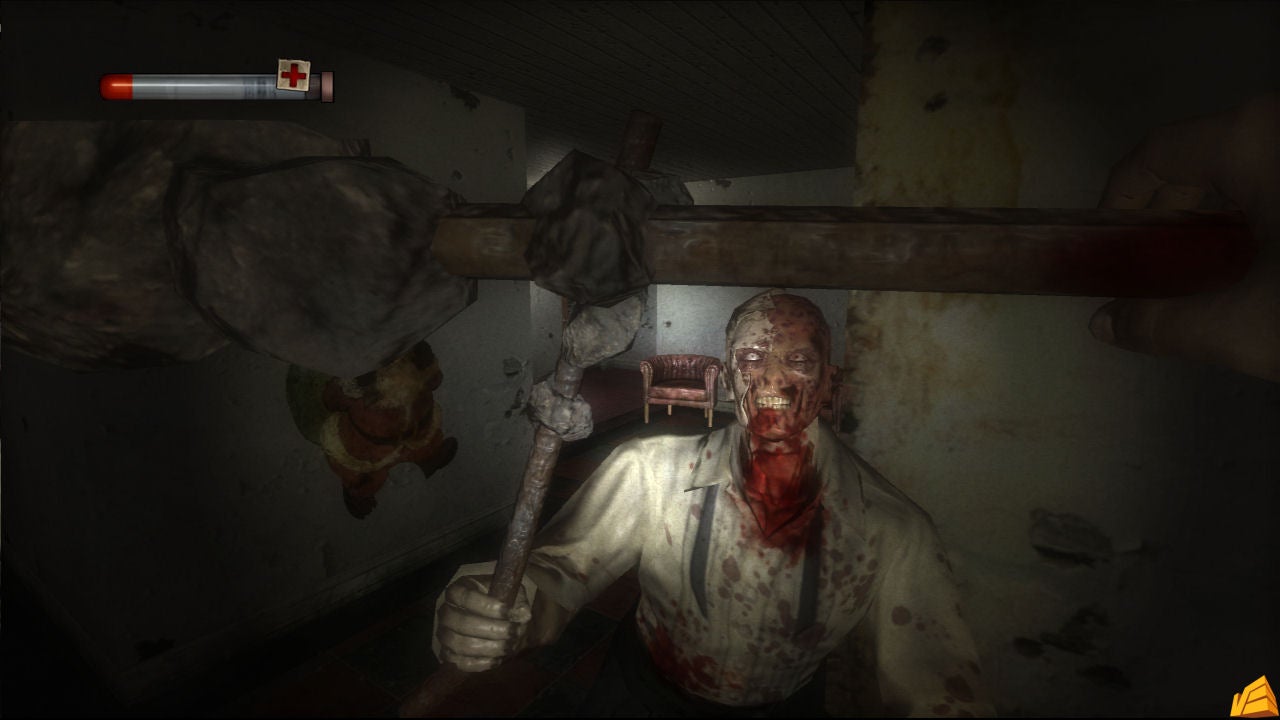 Before I go on with talking about this let me just give a massive fuck you to resident evil 7 for tricking me into thinking it was a sequel to condemned, seriously the resemblance is uncanny.
It has been a while since I've played this game so I may get a few things wrong.
Condemned  takes place in the rundown city of Metro, you play as an fbi agent known as Ethan Thomas who is framed for murder at the beginning of the game, you spend the rest of the game trying to hunt down the man who framed you while fighting of hordes of psychotic people and travelling through the decrepit city.
One of the main things I love about condemned is how it manages to have a focus on melee combat and fighting human enemy's while still remaining scary, gunplay is deadly but very infrequent due to almost nonexistent ammo focusing more on brawling and using whatever you can find thats strong enough to beat enemy's to a pulp, likewise enemy's will also improvise weaponry, the melee combat feels fast and brutal.
The psychopaths you fight are very well made and feel like actual crazy people, they run around sporadically when without a weapon, do their best to hide and wait for an ambush and screaming in blind rage as they attack you.
To balance the brutal melee combat there's also puzzles done with the crime scenes you encounter, I can't recall too much about them but as i remember it the game mostly leaves you to your own devices to find clues which is fun since I like a lack of hand holding.
The world of condemned is what really sets it apart though, the whole thing has a grungy disgusting feeling to it and it never feels comfortable to explore, despite it's focus on brutality, condemned actually has a lot of psychological horror to it as well, sudden hallucinations along with the twistedness of the environments you're in and the work of the serial killers you come across, the serial killers are great the most notable being the matchmaker who kills young women and poses them with disfigured male mannequins, if any game does mannequin horror right it's this one(a big reason why I mistook the RE7 trailer for Condemned).
The game is currently going for cheap on steam and it's probably even cheaper on 360, if you're looking for a more combat heavy horror game with a focus on melee and atmosphere I recommend it.
Siren Blood Curse(ps3) 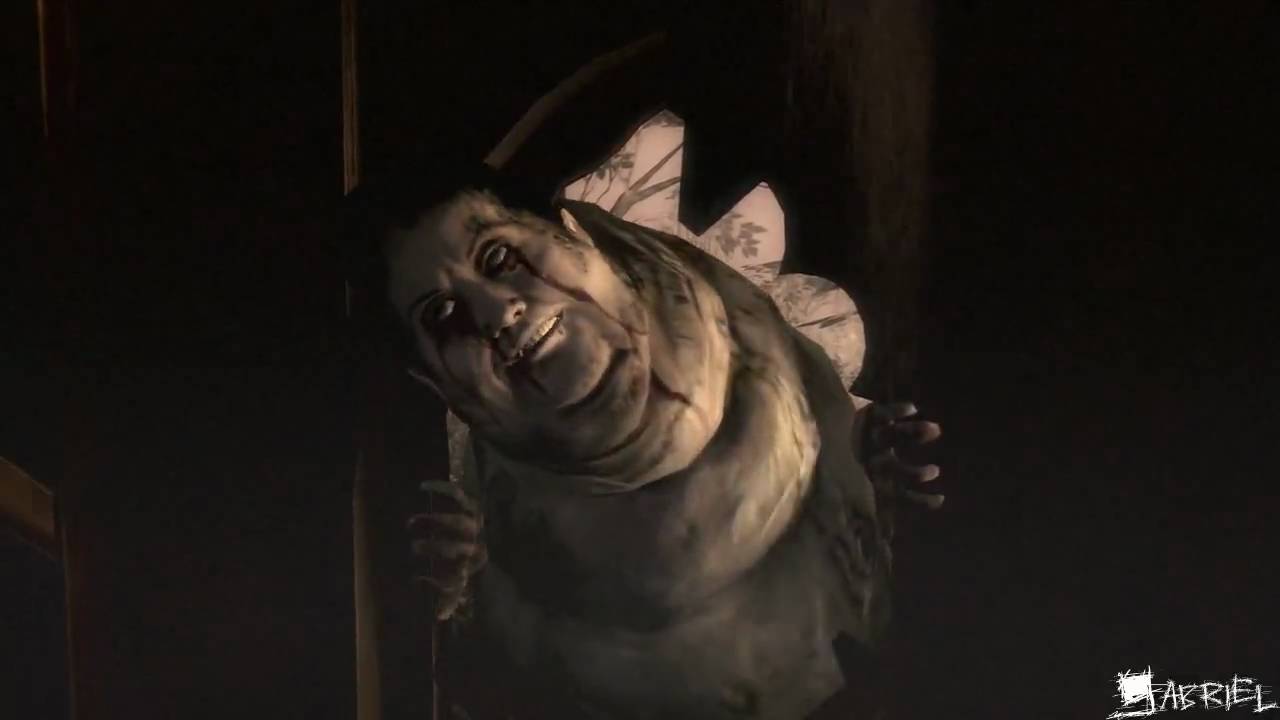