I've owned Disgaea 5: Alliance of Vengeance for PS4 since its launch sometime in September about a year ago. I was on a huge Fire Emblem Awakening kick on my 3DS and was looking for another grid-based, strategy rpg that could satisfy all the right needs, but on a console instead. I had no idea what a "Disgaea" was, nor what I was really getting myself into. But for some reason, I kind of love it.

Disgaea 5 is, or so I've heard from long time fans, essentially the same game as the several other entires in the series (which I assume are popular? It has a following, that's for sure). Is that a bad thing? I guess if it isn't on fire there's no reason for an extinguisher, but I must say for a complete greenhorn, Disgaea 5 is not for the faint of heart. So instead of addressing all the things a proper, professional reviewer would, let's just dive in to what a newbie needs to know before jumping head first into the infinte grind of the Item World.

(Credit to the Youtube Channel Poxnixles for a high quality audio version of the worst music in the game. Skip to around 1:07 for where it gets rough).

To start off basic, the music here is hit or miss. The opening theme is very upbeat and jazzy, filled with a life and energy that compliments the eye-popping visuals. My only complaints lie in the hub world, the Pocket Netherworld, has a terrible hiccup, and it sounds pretty inexcusiable for a major studio's established franchise. It's kind of a slow song, and the music itself is fine, but when the female vocalist starts belting in her lines, it's clear she's terribly off-key. Consitantly. For a game designed to be played for dozens if not hundreds of hours. Better download that Spotify app on PS4 if you plan to charge through all 60+ hours of main story gameplay.

The only other thing is that some of the music, like in the Item World I mentioned before (which is essentially a series of stages, a boss even ten levels, that ranks an item up by however many levels you manage to complete) is droning and repeditive. It's always a blessing when the game finally shifts around to a different track. Another problem for me is that the story is just...not a story. I get it, why would a game like Disgaea need one? Why are you so picky over story in games? What, do you want a strategy version of The Last of Us? (no, god, please).

My point is, the dialogue should be cheesy, the settings ridiuclous, and the plot details convoluted to say the least. And all of those things are true; it's just that none of it is funny. It reads and sounds like a bad anime written by a highschooler, with complimenting voice acting. The main character, Killia, has an English dub that sounds like an edgelord on Ambien; he mumbles through his angst-ridden, 'you-don't-understand-me-dad' lines with little urgency or feeling, and combined with the other intolerable English voices (like Red Magnus, who just shouts, and the Prinnies, who...don't even talk to me about them), I find myself usually just skipping over the cutscenes all together.

Though I find that kind of embarassing for myself, I will say that everything else, for a JRPG fan at least, is awesome. The combat, while it has a bit of a learning curve, becomes extremely satisfying once all the rules become clear, and you can design a team of characters that suit your play style. Moving all of your characters around in one turn, setting them up with attacks, combos, special abilites, and helpful feature called an "overload", all to be executed at once to rack up more money and experience? It's satisfying to say the least.

The experience feels pretty much infinite, because I'm about 30 hours into the game, and the end of the story is no where in sight. Some how the stats of items keep on rising, and the prices along with them, to astronomical levels. My highest character is level 54, and that seem's minisucle in comparison to the NPCs, who are sometimes pushing 300 (in the hub world, at least). You'll be earning cash, buying weapons, and slogging through near-infinite menus to try and get rid of the worthless crap you've amassed. As I keep on powering through, it's becoming more and more clear that this game is a micro-manager's wet dream. To all those obsessed with customization and every little thing, Disgaea 5 is the gaming drug you've been searching for your whole life.

It definitely isn't for everyone, but this Disgaea is a great place to start, provided you've got the time and a decent playlist to really get going. Oh, and if you make it far enough to meet the character Zeroken, please avoid skeet shooting your disk in the back yard. The neighbors are sick of it. 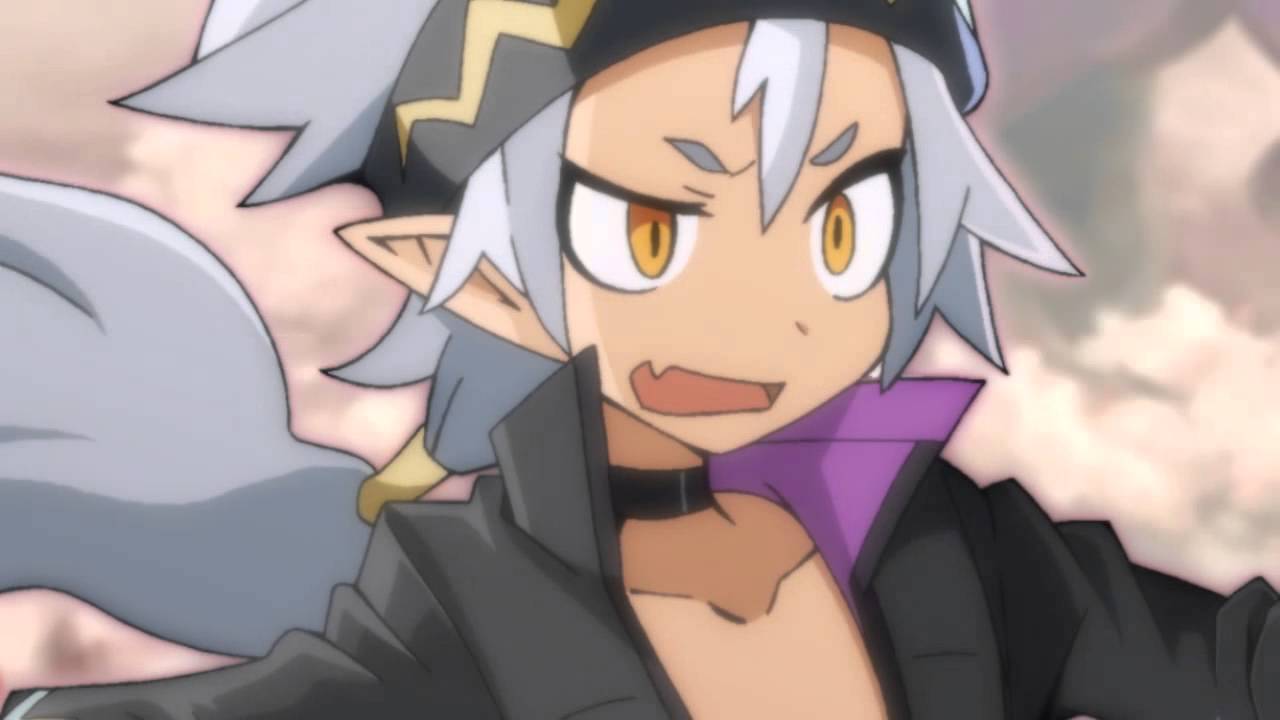