For the short amount of time that video games have been a thing we sure do have a rich history of great games and consoles, and many of us here on Dtoid have grown up with the medium and have watched it evolve into what it is today. And while I love modern day gaming, I feel like I would be doing myself a diservice to leave the past behind. Not only because there are some amazing games that you can't get on modern platforms, but also because I like to be well rounded, every generation has something to offer. I feel every gaming enthusiast should have access to the games of the past, even if it's only by emulation.

Now me, I'm the kind of guy who likes to go all the way. It's not good enough to have an old NES in the closet to bring out when the urge to play Megaman hits me. And as convenient as emulation is, there is something special about owning the original hardware and software. Now I know that's not for everyone, it's not cheap or convient to maintain aging consoles and track down low print run games from 20+ years ago, but for those who do, you know the appeal of owning a piece of history. What I want to talk about are the issues I've run into as an old school gamer that you may not think about if you've just been playing modern games.

I've talked about this one before in previous blogs so I'll be brief. It's no secret that systems like the Geneis and SNES came out in a time when HDTV's were years from being comercially available. The common connectors here at the time were RF adapters (using coax cable) and composite (red, white and yellow cables). These may work, but look like garbage (especially the N64 which has notoriously bad video quality). If you can pick up a SCART cable and adapt it to HDMI (check online for compatibility) you'll be shocked at how great old school games can look.

SCART cables are a pain, but they're worth it!

I don't care what anyone says, Gamestop is a pretty great store for modern games. No, they aren't always the cheapest, but they're compeitive, and you'd be hard pressed to find a used game store with a better selection and a more forgiving return policy. Unfortunately, there's no real equivalent for retro games. You see retro game stores aren't usually chains, they're usually mom and pop stores who are individually operated and you are very much at the mercy of what they have in stock. They just can't call another local store and ship virtually any game over like Gamestop does. Each one has their own setup, and sometimes there isn't a return policy at all unless the game is defective.

At least that's the case here in Cincinnati. There is a "chain" called Game Swap, some stores are better than others each one is individually owned and operated, but the only one near me is at best decent for when you need common games, and at worst laughably bad and amazing that they are still in business. The other is an actual old school arcade and retro shop combo. I know the people that work there and they have some of the best prices and trade in values you could ask for. Unfortunately, they don't always have what I'm looking for. It's not entirey their fault, you can't make rare games appear, but I'd be lying if I said I wasn't disappointed looking at their collection of Gamecube or Dreamcast games for sale as of late.

Flea markets often yield good results, there's a lot more vendors nowadays and I find uncommon games tend to pop up there more often and the prices seem pretty nice. It's going to vary from vendor to vendor. I'm not crazy about having to search through all the sports games, having no security in what I purchase (can't really return anything) being forced to have cash on hand, and being limited to just weekends, but I enjoy the hunt.

Finally, we have the wild goose chase that is the yard sale. For all the pitfalls that flea markets have, yard sales are undeniably worse in this regard. But I tell you the best deals are at yard sales. People have no clue what they have, sometimes I feel almost guilty for taking them. I found a Virutal Boy for $2, check on ebay and see what those go for. I Found Metroid Prime Trilogy for $10, Legend of Zelda Collector's Editon for $5, and a Gamecube with a Broadband adatper for $20. This is over the course of years, and many times I strike out. But again, the hunt is part of the fun. Hurry, there's a copy of Panzer Dragoon Saga on the table!

If you want to know what systems were well made vs. poorly made you just need to look online and how easy or difficult it is to find it in proper working order. A good example of this is the original Xbox. For the time, the Xbox was an amazing piece of hardware, features like 480p, widescreen support, 5.1 Dolby Digital support, and a hard drive made it easily the most powerful console of the generation. But those things are barley holding together now, the hard drives are all at least 11 years old (closer to 15 years) the DVD trays won't eject, the capacitors go bad, the power cords can even catch fire. Compare that with something like the Atari 2600 many of which are still working. I know that the Xbox had a lot more components and was a lot more advanced, but even its contemporaries the Gamecube and PS2 (save for the 1st gen models) are still very reliable systems.

I guess what I'm saying is, you really have to check out what you are buying. Inspect the SNES to see if there's any sign of yellowing, or the Genesis to see if any of the prongs on the controller ports are bent. Thankfully, cartidge systems are pretty hearty and can be repaired with a few simple tools, but disc based systems can be more complicated.

Currently, the last gen systems are in what I call the twilight stage, games are readily available for relatively cheap, servers are still up so you can get all your patches and there's not a whole lot of people to fight you for that copy of Gears of War 3.

Believe me when I say, I only wish things were as easy on the old school end. You see, I have expensive tastes in games. I like quirky Japanese games from years ago, and if I am legitimatley collecting for a system, I want the complete in box version of a game. No, I'm not collecting for Neo Geo, I'm not that rich! But I do have a special place for the Dreamcast, and Gamecube, both of which are steadily climbing in price. Saturn has never been cheap. I just bought a Genesis and PS2 again, and thankfully most games on those systems are pretty reasonable. PS1 isn't bad either, but I'm really dreading getting a NES and SNES, those are systems everyone seems to want to get games for.

My advice? If everyone is going right, you go left, what I mean by that is go with the less popular systems. PSP and original Xbox games still can be had for a song, you might even be able to get a lot on ebay for a resonable price. I'm grateful I got most of my Dreamcast and Gamecube stuff before 2010 because I don't know that I would have bought it today if they demanded those kind of prices. And if you know something will be hard to come by later, pick it up now rather than putting it off. There's quite a few games I'm kicking myself for waiting. 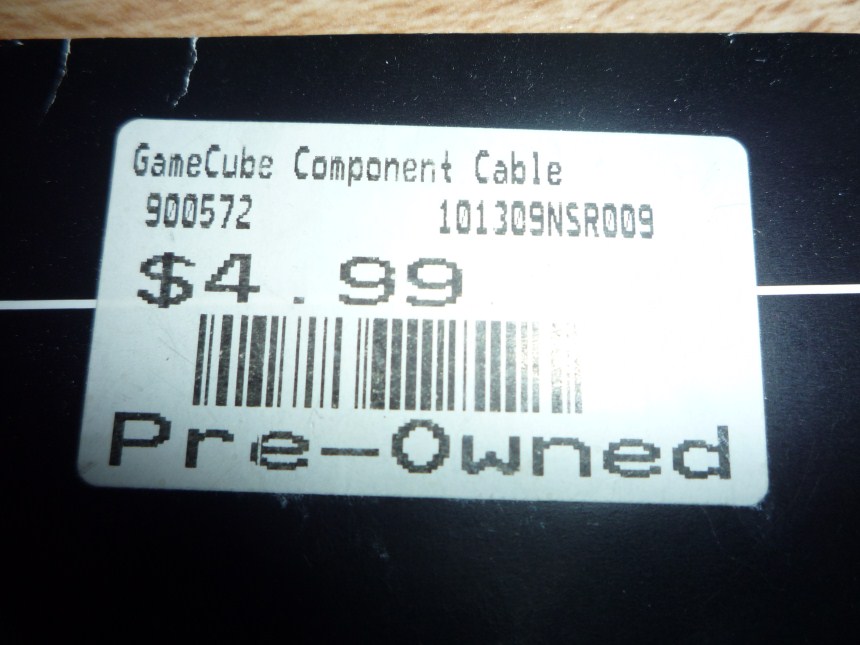 Retro gaming can be great, but it's also full of pitfalls and expenses. I hope my advice was able to help you out in some way. Was there something in particular that I missed? Sound off in the comments below.