How about a Resident Evil Reboot? 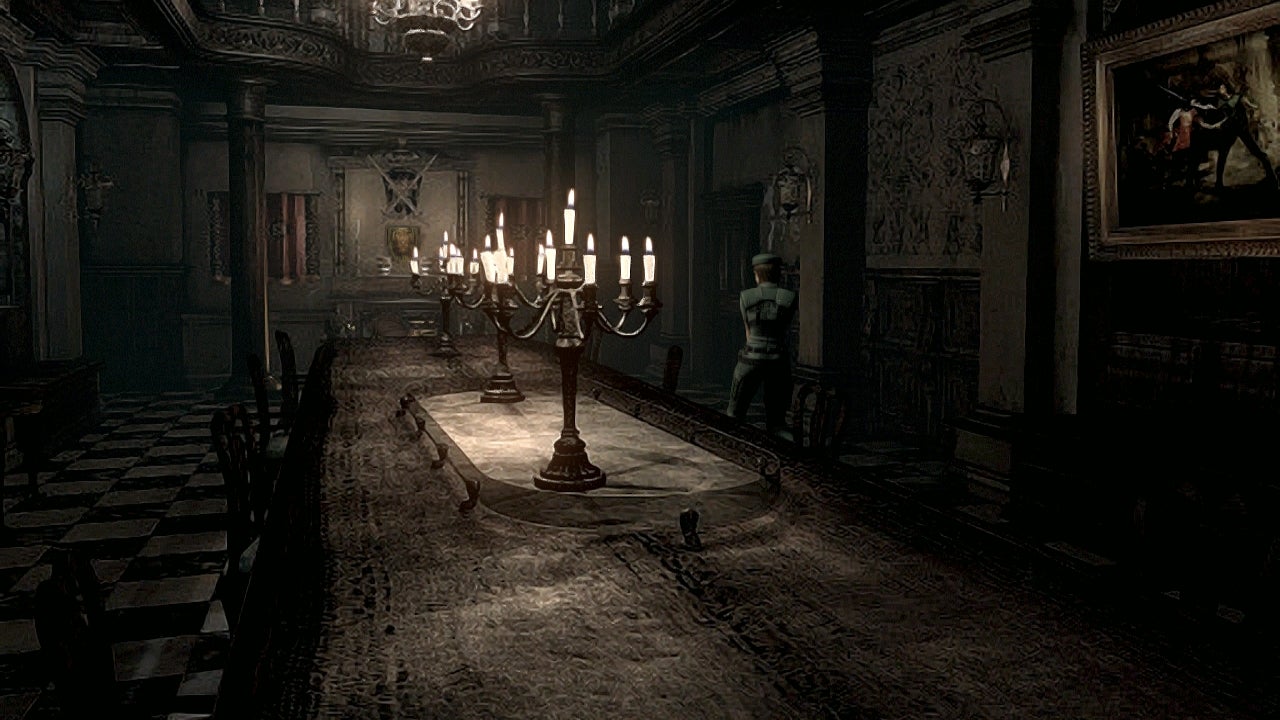 All the talk of Resident Evil 7 has stirred up in me some ideas about the series. A lot has happened over the years with Capcom’s old survival horror franchise changing its skin a few times and now it looks set to do so again in the vein of Konami’s ill-fated P.T. demo. The first person perspective, while not new to the series, conveys a lot about the games intentions. The close association with VR also has its own indications of what the dev team wants to accomplish with this game. But is it the best thing to do with this series?

If you ask Capcom, the best thing to do with any of their IP is “whatever makes the most money”. That’s actually the answer any company exec would give if you could somehow get them to speak honestly, and RE7 looks primed to capitalize on a lot of hot topics all at once. A jumpscarey first person VR horror title with a recognizable name is probably as safe a bet as you can get in late 2016. The Youtube bump could potentially work wonders for it.

But let’s look at it purely from the creative standpoint. Should the next RE ape a popular jumpscare trend fueled by Youtube cottage industries and append its entire game design around a new tech peripheral that’s largely untested on the market? Like a lot of AAA titles, it has the capacity to be commercially huge but critically dull. So none of that, let’s take the initial creative germ of RE and expand it into a modern big budget title. Suggestions are welcome!

RE was born in a mansion; everything else in the entire series is ancillary to that. The mansion setting is either replicated (sometimes literally) or simulated in other environments in most of the RE titles. It’s sort of like Castlevania being in a big castle. The setting recalls an old murder mystery vibe, but mixed with a horror element and that combo plays throughout the entirety of the original title. You’re stuck in a relatively confined building with few answers and mysterious circumstances, double crosses, odd contraptions and traps and sliding walls, and very real but small-scale threats. You worry mostly about not having a few more bullets and about being able to find a key to a door. It makes the moments when you encounter a big monster or adversary a lot more dramatic and the trappings of the setting become its own character.

Anyone who enjoyed the first RE or its GameCube remake can run through the Spencer mansion in their heads – every room. It’s a real place, even if it doesn’t make a whole lot of practical sense (it has one tiny bathroom). So this hypothetical game needs a similar setting and much like Metroid, the game should emphasize an isolated feeling to help keep tensions high. But more than the setting and isolation is the premise. The original RE game is the only one to nail the idea of this premise and the only game outside of RE0 to attempt it: none of the characters know what they’re truly in for.

No one knows about zombies or Umbrella or Bio Organic Weapons, the premise is essentially a SWAT team responding to reports of violent murders, they don’t even know there’s a mansion nearby. It’s all self contained in one night, in one building (technically two), and in the end everything blows up and gets erased. It operates a lot like a nightmare, and that lack of tangibility or recourse helps sell the ending. It involves a big corporate plot, but the events are all in the hallways of a decrepit estate that no longer exists.

So if we wanted to reboot that experience with modern sensibilities, I think there’s a lot that could be done.

First on the list of things to do would be address the control scheme – tank controls. I’m an ardent defender of RE’s old tank controls, but I recognize they’re not essential to the experience. They were a tool used to best navigate a game with pre-rendered 2D backgrounds with fixed camera angles. I maintain they’re not that hard to learn, but apparently they’re hard enough that most people don’t want to bother. Fine, ditch ‘em. Take a third person scheme, straight out of Dead Space, and put the camera over the character’s shoulder. Give the player control, but take the power away from them. A severe limitation on ammo and a presence of enemies that act like environmental hazards could make encounters still tense without being too easy from the increased fidelity of control. Allow full aiming, but curtail ammo and up the sense of recoil. You really need to earn your shots and make them count.

Next up is inventory management. RE4’s system with the attaché case was nice, but made itself less potent by separating key items into their own, infinite inventory screen. Since this reboot will refocus on keys and puzzle items (more on that later), you should have to balance your progress items with your survival items. To free up space, why not let players hold items in their free hand. Need to keep that key around? You can just hold it in your other hand but you now have to shoot one-handed with a penalty to accuracy and recoil. What about offloading items? The old RE games had the magical item boxes that were connected to each other with (near) infinite space, but I actually liked RE0’s more realistic approach of leaving items on the ground and relying on your map and memory to reacquire items. Since this will be a tightly designed environment, you’ll be doing a lot of backtracking, so just like in RE0 you’ll need to pick the rooms you deposit items in strategically.

About those puzzles, they need to make a strong appearance. The safe and low tension moments of puzzle solving help balance out the high tension moments where you traverse through an unsafe hallway with limited ammo or low health. While puzzle solving, you’re basically taking a break from the horrors just outside the door to work on unraveling the mystery of your situation, figuring out a way to escape, and furthering your investigation into the past events of the game. It makes for a good balance and gives a motivation for needing to trek around your location while also keeping you from just loading up on safety items for combat purposes. RE4’s inventory management concerned itself exclusively with combat, but the older games required you to balance out weapons, ammo, healing, and puzzle items in the same inventory pool. It completes the balance of low and high tension moments by making both elements meet in the middle ground of inventory management. It’s worth noting at this point that if inventory management and backtracking all sound like dirty words to you, then the game I’m proposing simply isn’t for you. These elements made up such a significant part of the RE experience in the past and were ditched in favor of a more mass appeal focus on combat and action once RE4 hit the scene, and I think that was a shame. We had enough action and combat games and we still haven’t gotten a proper resurgence of survival horror since Capcom killed it with RE4. 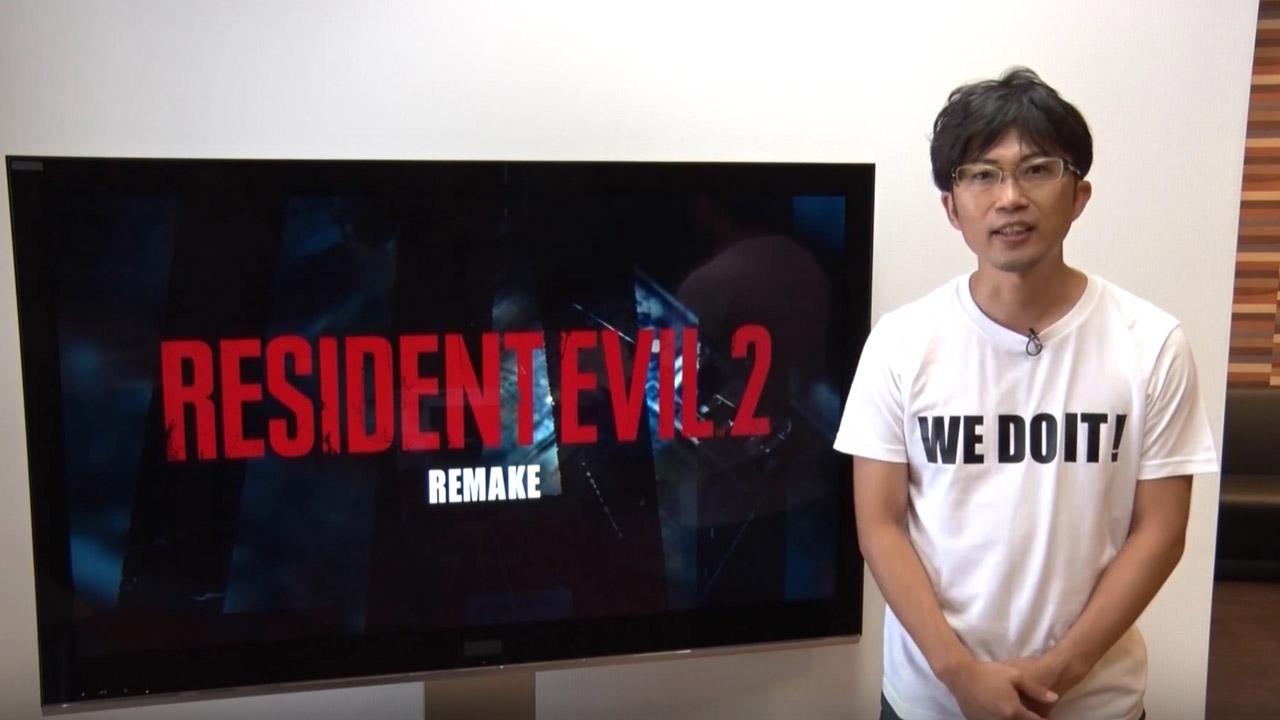 But I digress, let’s focus on one final element that I think ties everything together best for a game like this – the ending. The original RE game was never outright planned to spawn a long running series of titles, so the development team settled on an ending that could host multiple outcomes. RE2 and RE3 would carry on this tradition of multiple potential outcomes, but it gets dropped once CODE: Veronica is released, and the series maintained a linear progression ever since. Coming back to multiple endings and incorporating dialogue choices with NPC encounters helps to inject some replayability and unpredictability if encounters are randomized to some degree. Offering multiple player characters, another old staple that has since been removed, helps in the same way. The newer entries have gotten a bit too linear, relying on extraneous modes for added gameplay. I’d rather funnel the extra gameplay into the campaign itself.

So that’s a brief outline of the mechanisms whereby an oldschool Resident Evil could be built, and I wonder if it isn’t Capcom’s intention to do so again with the announced RE2 remake. If so, then I hope that game sees a lot of success and lets these game companies know there’s still a big appetite for survival horror. But hey, if they don’t pick up the slack, some intrepid indie developer probably will as has been the trend over the last several years. At least there’s hope!