Who’s the Biggest Badass in Gaming? 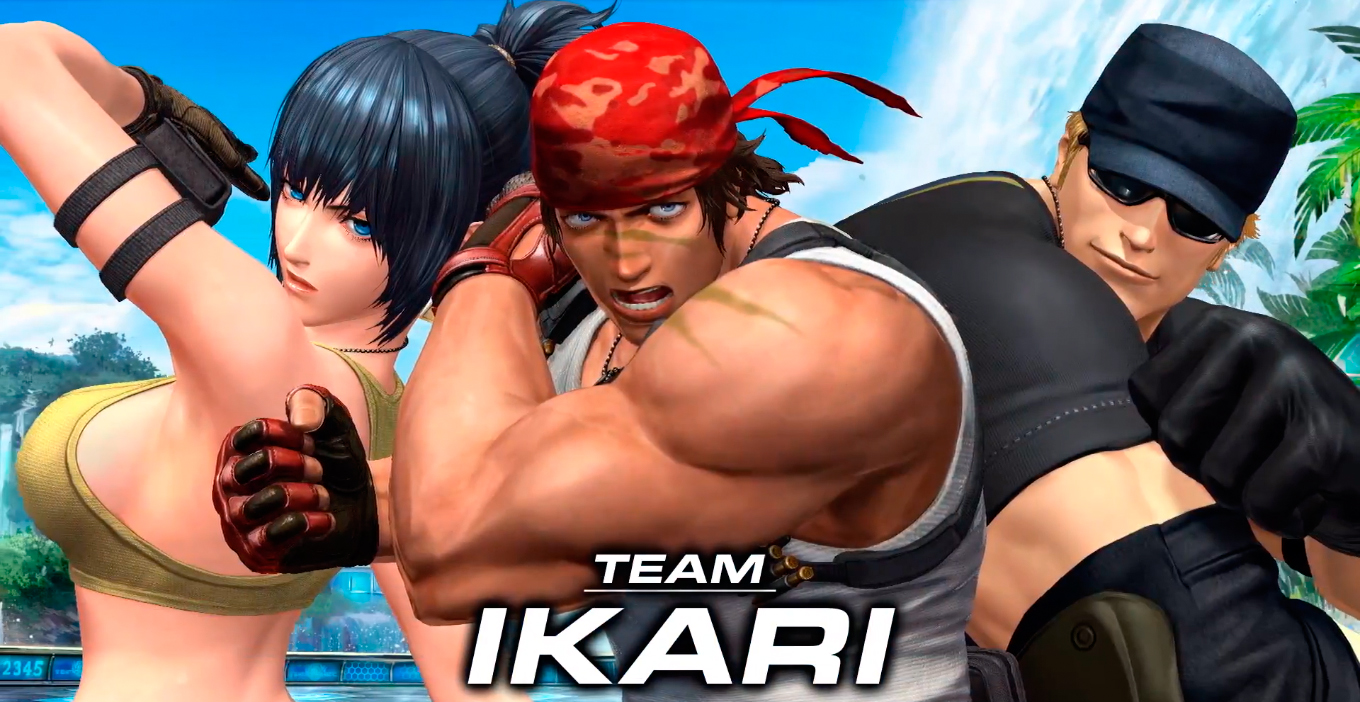 And by “biggest” I mean most prominent or obvious -- not necessarily in terms of scale.  If that was the case, then we’d all have no choice but to give it to…I don’t know, Wyzen from Asura’s Wrath.  And that hardly seems like a win, so let’s not count it.

Anyway, King of Fighters XIV has long since started making the rounds.  Say what you will about the graphics or the way it looks -- and even if you don’t, I probably will at some point -- but let’s just be thankful that we’ve even gotten a fourteenth entry.  I wonder how much this miracle was expedited by SNK’s purchase by a Chinese company looking to get the most out of the license; it might be a lot, and it might be a little.  Either way, we’re talking about a franchise that in recent years has paled in comparison to the competition (by which I mean Street Fighter IV, V, and other Capcom ilk).  It’s not like there isn’t a dedicated fanbase -- and rightly so -- but SF’s iron grip puts KoF in a less than ideal place.

It’s fine, though.  Even if it’s not the most popular, I don’t think anyone’s going to fight me on its quality over the years.  KoF XIV is no exception.  Even if its particulars can scare off newcomers, those who put in the effort are justly rewarded.  Of course, that’s a lot of fancy talk and sidestepping around the real draw: boy, KoF has some dope-ass characters.  So let’s take a minute to celebrate what kind of badasses video games can birth -- en route to the big question, of course.

To be perfectly honest?  The game had my curiosity in the lead-up to release, but it truly had my attention once the trailer for Team Ikari dropped.  Setting aside that awesome track (Survivors Under the Sky, if you’re interested), it featured the team that I’ve no shortage of love for -- fronted by the character I’ve no shortage of love for.  Even though I’m no KoF expert or veteran, Ralf Jones has always been one of my absolute favorites of the bunch.  Literal explosive punches; a fighting style that you can feel from three towns over (with moves like the Galactica Phantom); an aesthetic that plays hopscotch with grunge and military chic.  Seeing his Climax Super for the first time immediately made me go “Yep, there’s my main.”

But man, Clark makes a strong case for himself.  I’ve got significantly less experience with him, but dabbling in the training mode has shown me what I’ve been missing out on.  He’s got some impressive throws, he shares some key techniques with Ralf, and he’s a dead ringer for Duffman.  Very cool character.  And indeed, I would play as the full Ikari set if my brother hadn’t long since claimed Leona as his own in KoF XII and XIII.  Never have I been more consumed by jealousy and outrage -- though I DID take King from him, so it evens out.

Off the top of my head, I’m pretty sure that I’m going to try and put work into characters like Robert, Yuri, Goro, Maxima, Luong, Kim, Mature, and of course my old standby Kyo.  It’ll be hell trying to learn how to play each of those characters competently (and defeating my arch nemesis, the double half-circle motion), but I’m willing to give it a shot if it means getting to see such badass characters in action.  Well, that, and finding ways to screw my brother out of a victory, as per our typical arms race in fighting games.  But whatever.  Let’s pretend I’m a noble and valiant soul for a second, and assume that I’m only doing it to see those badasses take to the stage.

If you’ve read my stuff before, then you know I’m the sort who tries to analyze as much as possible.  Explain what works and what doesn’t; find the deeper meaning; create a logical through line; things like that.  And yeah, I’m tempted to do it here (because I’m me).  But you know what?  Sometimes you don’t need to be an egghead that tries to run a full analysis on something.  Sometimes the gut reaction says as much as a post that scrapes against the 4000-word ceiling. 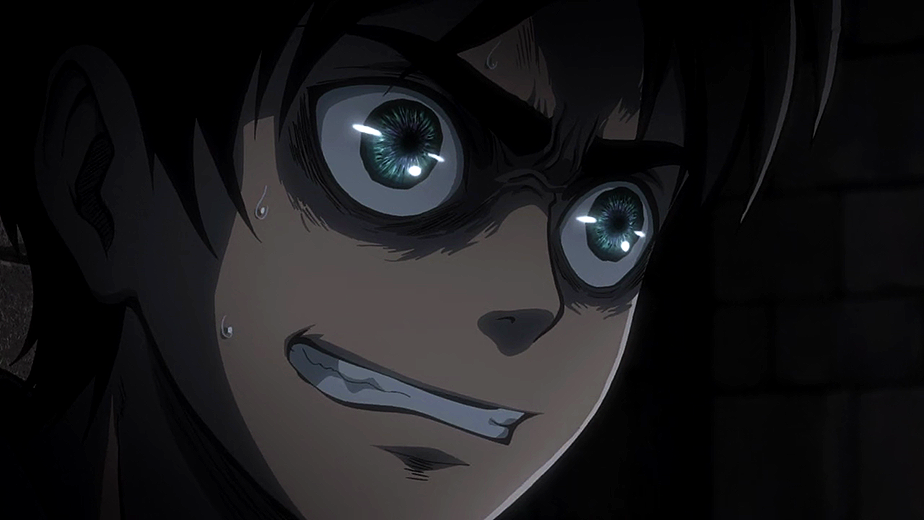 I’m not ashamed to admit that Ralf punching Chang with monstrous explosive force and then walking out of the flames unharmed got that gut reaction out of me.  And sure, I’m the kind of guy who’ll put substance over spectacle -- someone who’ll argue that it’s stuff like a personality that helps make a character badass.  Or, alternatively, it’s a character’s ability to struggle and overcome meaningful obstacles that helps decide the level of badassery.  But then I look at that Super again and can’t help but go “LOOK HOW COOL THAT IS!”  So on some level, spectacle is important.  Sometimes the topmost layer is also the tastiest -- which I suspect is true of somewhere near ten million cakes out there in the world.  You know, in case you need a conservative estimate.

What I’m getting at here is that being a badass can come in any number of forms, and for any number of reasons.  Personal preferences and experiences are going to help people decide on an individual basis who to give top honors to, as always.  I know there are tons of people out there that love Batman, for example, but there are just as many who’d set the crown atop Spider-Man’s head if they could.  They’re not wrong for it; whether they can come up with an articulate argument or just point to a comic book panel where some random dude gets punched really hard, there’s substantial evidence in plenty of forms.

That’s where the spectacle comes in, naturally, and it’s something that fighting games have had down pat for at least he past quarter-century.  Even at his basest, Ryu can throw a big ball of plasma -- but with a little elbow grease, he can throw a stronger ball of plasma, a ball of plasma that’s on fire, a really big ball of plasma, a ball of plasma that’s electric, and (if you take the Vs. games into account) a big laser beam of plasma.  The audiovisual tricks in gaming -- tricks that continue to evolve to this day -- can leave a lasting impression on players, so that their bones rattle even when they step away from the controller.  I mean, have you seen SFV’s version of the Denjin Hadouken?  POWER OVERWHELMING.

So given what and who we have on tap, I think it’s safe to say that the medium is full of extraordinary people.  They pretty much have to be by design; the sheer number and extent of the challenges thrown at the player kind of demand a character who could make the average Olympian look like a drunken sloth.  And if you buy into the argument that video games are escapist fantasy/wish fulfillment, then the medium has to be pretty good at putting incredible power at the player’s fingertips -- that je ne sais quoi tailor-made to get a crucial gut reaction. 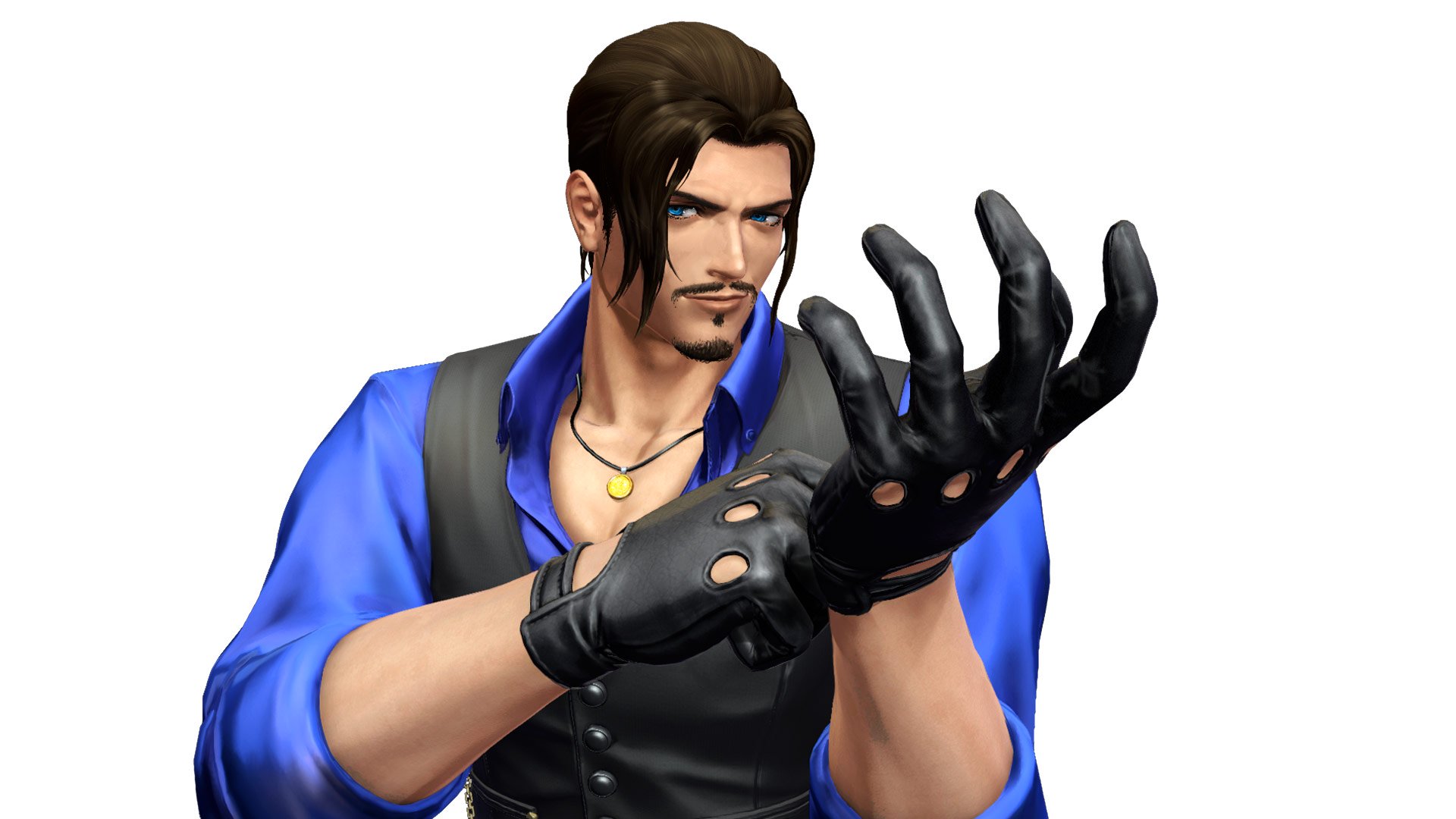 I’d like to think that there’s just one golden rule to creating something, video game or otherwise: whatever you do, do it well.  You can be deep with your characters, and do everything in your power to show that the badassery goes right down to the core.  Or, alternatively, you can be so on-point with the surface level stuff -- looks, abilities, general demeanor, and/or a striking moment of action -- that there’ll be no need for a treatise on his or her behalf.  There’s no wrong way to do it.

…Is what I would like to say, but games have proven otherwise before.  A video game character has to earn the title of badass; it’s no God-given right, and it most certainly shouldn’t be forced in any respect.  Do it naturally, and you get guys and gals like the ones routinely featured in KoF (like Vanessa, who’s the coolest in anything ever, holy shit).  Do it clumsily, and not only will people call you out, but you’ll also create a total dweebazoid instead of Coolman McCoolerson.  Not to play the “I Hate Watch Dogs” card again, but is there anyone out there who’s chomping at the bit to see more Aiden Pearce?  And is it any wonder that Ubisoft dumped him to start fresh with a new protagonist?

Some say he’s a hipster, but the fact that he’s not Aiden means that Ubisoft’s clawing its way up from the bottom of the barrel.  But I digress. 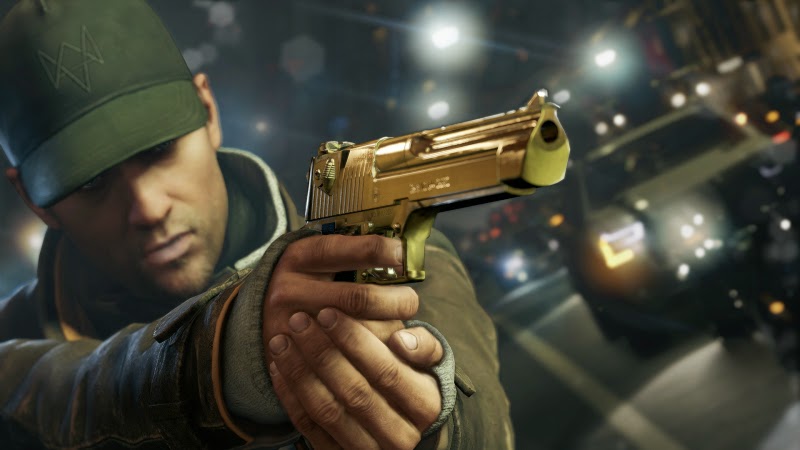 The important thing is that even if video games struggle in a lot of ways -- and I MEAN a lot of ways -- a title that’s in top form can easily add an awesome character to the history books.  With their power or style, with their passion or skill, men and women spanning any given genre can earn the respect they deserve.  KoF is built on a universe where some of its key characters -- Kyo, Iori, K’, and Ash Crimson, to name a few -- can toss around flames like they’re nothing, with a host of special moves to scorch their opponents.  Badass, indeed.  But let’s not forget that this is the same canon that features Shingo Yabuki -- a Kyo fanboy who, despite being able to only generate a spark at best, can hit with beyond-lethal force through sheer willpower and training.  Truly, supremely badass.  (Yo, SNK.  If you’re listening, add Shingo as DLC for KoF XIV.  You won’t regret it.)

So let’s give it up for video games, then.  There’s a lot to love about them, the characters they give us chief among them.  And on that note, I’ll go ahead and open the floor.  Go ahead and tell all: who’s the most badass video game character you can think of?  Who made your jaw drop, or made you stand up and cheer?  Who stole your heart, or makes you weak in the knees?  If you’re reading this, I know there’s someone out there that made you go “badass”.  Don’t be shy; leave a comment and share your number-one main man or woman with the world.  We’re all waiting. 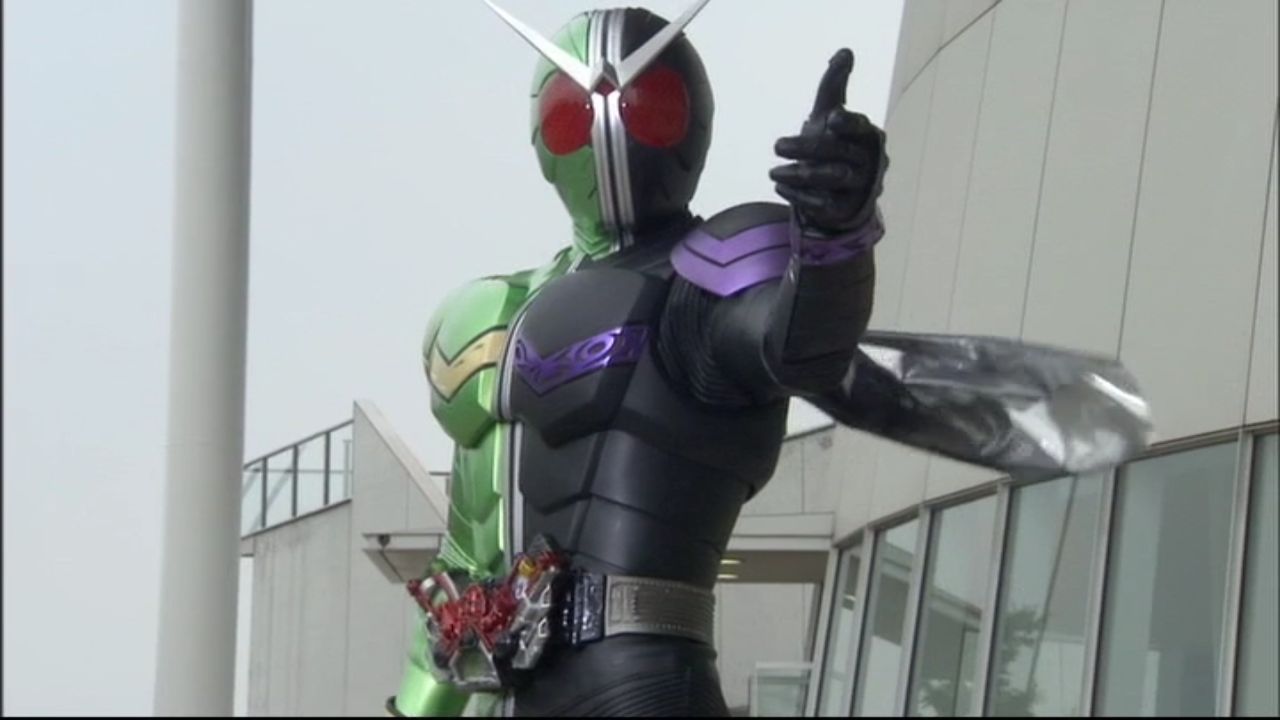 Till next time, then.  I’ve got some serious training to do in KoF XIV.  Because…cripes, I haven’t even come close to trying out all the characters.