This summer both Sony and Microsoft announced that they would be releasing enhanced versions of their consoles. Their motivation? To appeal to more demanding gamers with hardware capable of taking advantage of 4K televisions. With Sony's PS4 Pro launching this November and Microsoft's Project Scorpio a year later many of us are wondering which will be the most successful. While the Scorpio has more raw power, it seems questionable whether that will translate into an improvement tangible enough to give it a market advantage over the PS4 Pro. 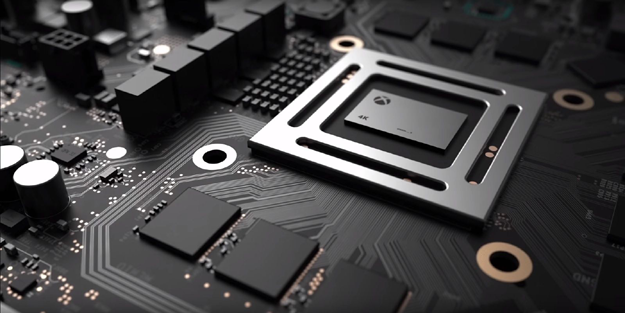 We still have limited specs for the Scorpio, so the numbers most people are comparing right now are the teraflops of raw performance each system's graphics processor (GPU) can produce – 4.2 for the PS4 Pro and 6.0 for the Scorpio. While on paper that is a decisive win for the Scorpio, teraflops aren't always a great measure of real world performance. If you check out the current $250 PC graphics cards you’ll see that AMD’s RX 480 is 5.5 teraflops while Nvidia’s GTX 1060 clocks in at only 4 teraflops. Yet the 1060 beats the AMD card pretty consistently in performance. The Pro and Scorpio are both based on AMD tech, so it's more apples to apples, but Microsoft's "6 teraflop" number still doesn't tell us a lot. And we can't forget that gaming hardware is more than just a GPU; other parts of the hardware can create performance bottlenecks.

The Scorpio also faces an issue high end PCs face – being held back by older hardware. The Scorpio will probably not have exclusives, meaning its games will need to run on the vanilla One as well. While the Scorpio might increase the framerate or resolution of those games, or improve things like draw distance, the base game will still be designed with the old hardware's limitations in mind. That's going to make it hard for the system’s extra horsepower to shine through. 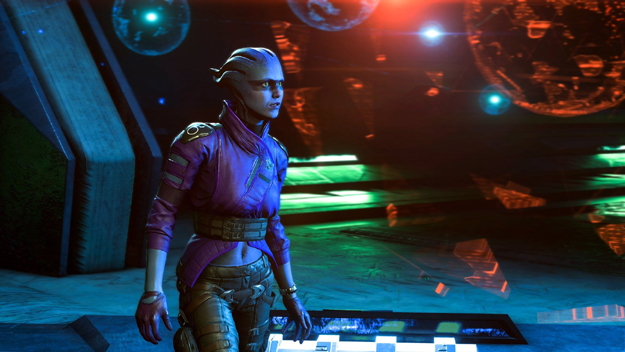 Mass Effect: Andromeda was used to demo the PS4 Pro.

The PS4 Pro will not be running most games at native 4K. It just doesn’t have the power. Rather, it will run most games somewhere between HD and 4K with the difference in resolution being made up by a new technique called "checkerboard upscaling". While most PC gamers will balk at the idea of upscaling, the PS4 Pro has an advanced upscaler built into the hardware that is really impressing people. While the image lacks some of the clarity of native 4K, it’s still a huge improvement over 1080p according to sources like Digital Foundry.

Project Scorpio, on the other hand, is being promoted by Microsoft as supporting "True 4K Gaming". They plan for all first-party exclusives to run at native 4K on the console. The problem is, even the Scorpio will probably struggle to do that. That means developers aiming for 4K might have to sacrifice framerate or detail to reach their goal. This could create a situation where the Scorpio's games actually look and run poorer than their PS4 Pro counterparts.

This is basically a matter of Sony's console working smarter not harder. Console gamers aren't as picky about technical details as PC gamers, and sitting several feet from a television the difference between native 4K and Sony's upscaling may be imperceptible to most people. In a way the question here isn't "Is the Scorpio more powerful?", but rather "Is the PS4 Pro powerful enough?" For most console gamers the answer is going to be "yes". The point of these mid-generation refresh consoles is just to run existing PS4/One games better and look good on 4K televisions. The Pro checks both of those boxes nicely. 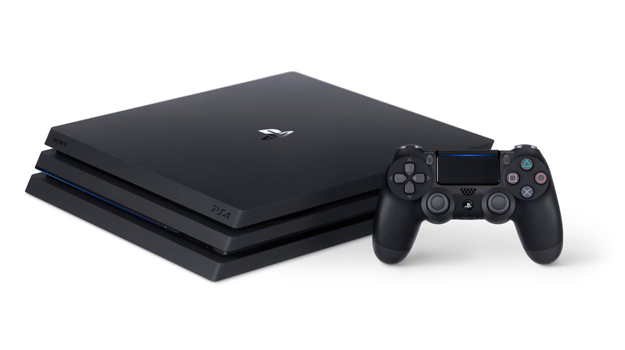 Sony's PS4 Pro hardware looks like the regular PS4 with an extra "layer" on it.

Sony's biggest coup with the PS4 Pro is the mainstream price point of $400. With the specs Microsoft is bragging it seems doubtful that they will be able to match that price with the Scorpio. I find it hard to imagine the Scorpio launching for less than $500 unless Microsoft is willing to take a big loss on each console sold. That's pretty damning when you have analysts like Pachter saying Microsoft needs to hit a $300 price point for the system to be successful. And don't forget that after a year of production Sony may drop the PS4 Pro's price below $400 to make it even more attractive.

You also have to ask who these consoles are for. Sony sees the Pro as a console for a niche of gamers who demand more and might switch to PC. But does Microsoft see the Scorpio the same way? By porting all of their games to Windows 10 they have undermined the Scorpio's position in the market from that perspective. Xbox gamers who really want performance may just switch to PC and be done with it – especially if the Scorpio is already going to cost them a lot of money.

Microsoft is in a much more delicate position than Sony right now. Sony just needs to keep the lead, and the PS4 Pro seems like a good balance between attracting discerning gamers while keeping pricing reasonable. Microsoft, on the other hand, wants to gain back some market share. But while the Scorpio is a bold move, it puts them out on a limb with an expensive product of questionable appeal. I'm just not sure who the Scorpio is for, or how it's going to get Microsoft back in the game.

Project Scorpio was announced at E3 but no games or demos were shown.

Taken together, this all paints a dire picture for the Scorpio at release. Rather than a console that provides a definitively better experience, we have one whose technical specifications fail to help it stand out from its Sony counterpart. Yet it will likely cost more and launch a year late. Meanwhile it's unclear who Microsoft is trying to attract with the console. PC and PS4 gamers already have better options, and existing One gamers might jump ship before the Scorpio even hits shelves. They've even managed to undermine the standard One console. Who wants to invest in hardware that will feel outdated in a year when Scorpio launches?

Of course, the Scorpio's poor appeal doesn't mean the PS4 Pro is going to be successful either. The vast majority of gamers are probably still on 1080p (or 720p!) televisions, and it sounds like neither console will add much to your gaming experience on those. Sony's approach seems the safest, though, from a business standpoint. They're providing an option to gamers without major price increases or risks to themselves. Microsoft, on the other hand, is producing an expensive console that doesn't even seem to have a niche, and probably spending a lot of money in doing so.

I could be wrong. If Microsoft can really push their hardware advantage and keep the Scorpio's price under $400 they could do well. But it's an uphill battle, and ultimately neither of these 4K consoles may matter much in the long run. Meanwhile gamers are left wondering when, if ever, we'll see a system with games that run consistently at 60fps...