A Curious Fox and A Forest of Magic: Seasons After Fall Review 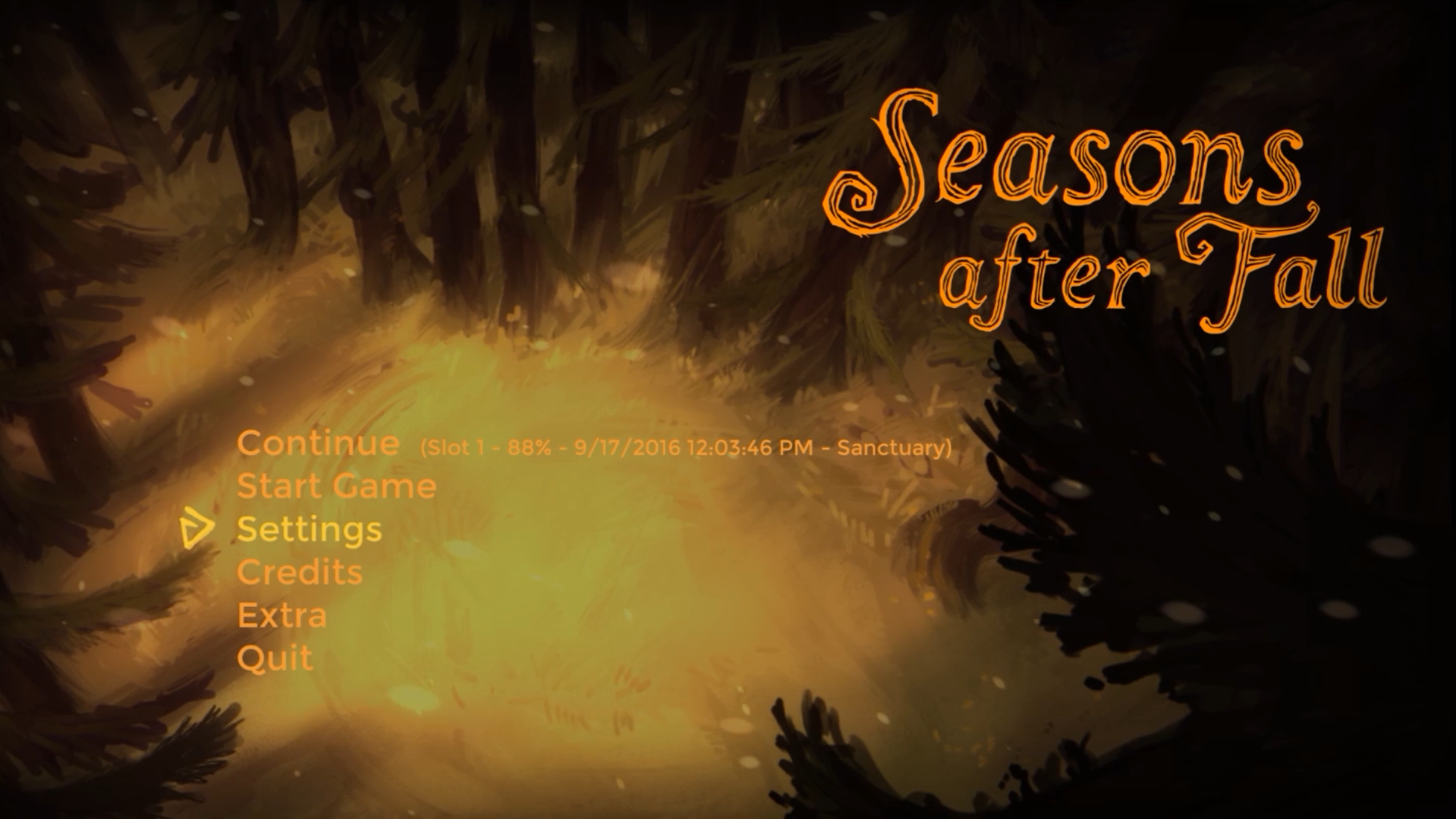 Seasons After Fall is an artistic 2D puzzle platformer, carefully crafted by Swing Swing Submarine, in which you play as a magical seed on a journey to collect the power of the seasons from the four great animal guardians that protect them so that you may perform the ritual of the seasons. To aid you in this quest, you possess the body of a curious little fox who was drawn to your forest. With the help of your newly acquired body, you run, jump, and bark your way through the expanse of the forest in search of the guardians.

In Seasons After Fall you spend a great deal of your time navigating the world, jumping from platform to platform (usually in the form of large mushrooms or tree branches) to move through each section of the world. The fun really starts to kick in once you visit the Guardian of Winter, a large Brown Bear.  You are given the Power of Winter and can start to make use of the main game mechanic, being able to change the seasons and alter the world around you to solve puzzles. Using the power of summer, winter, spring, and fall you can freeze water, grow trees, create platforms of vines and mushrooms, and much more. 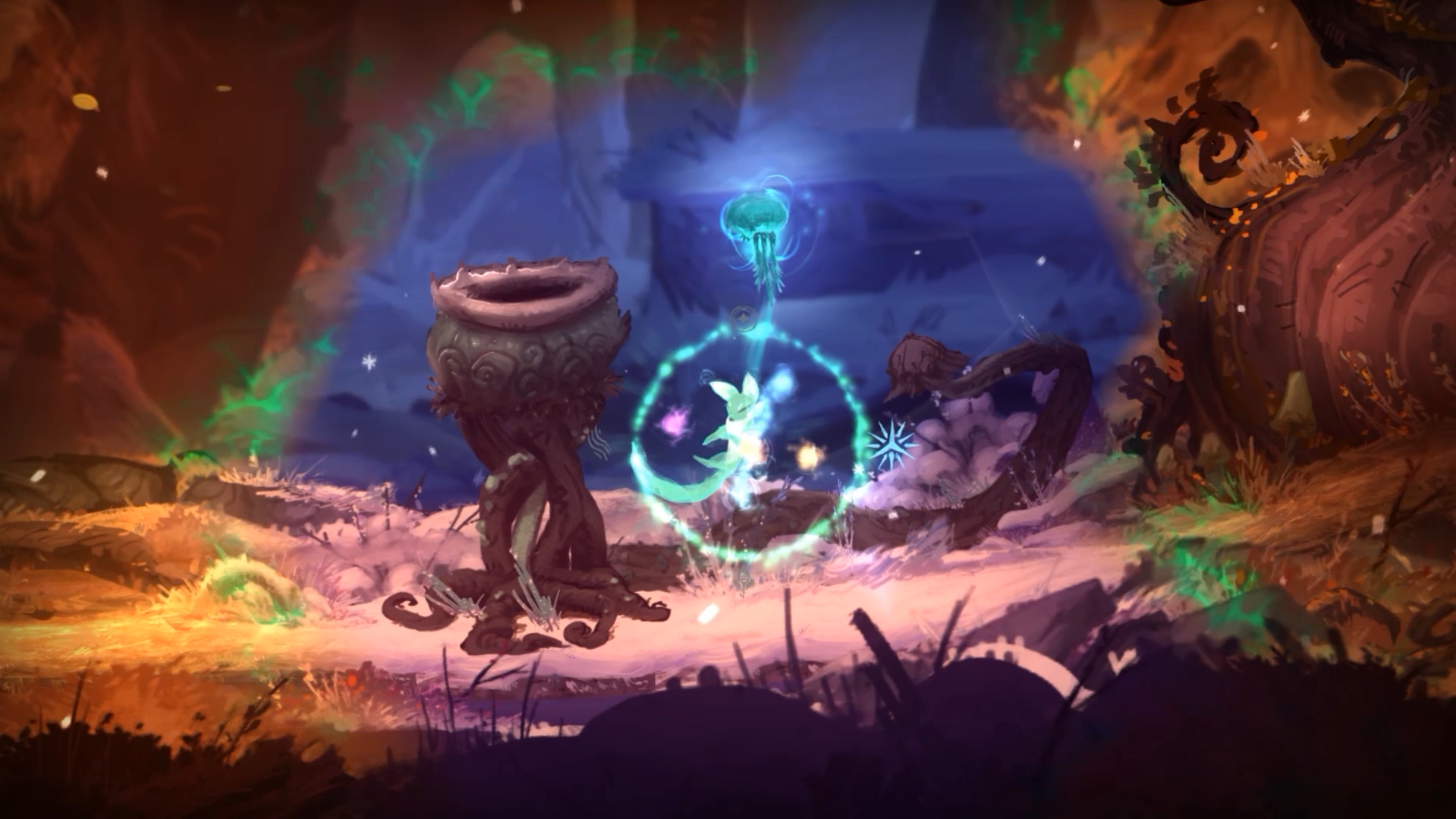 Each of the paths to the guardians serves as a training ground for their seasonal power to familiarize yourself with what each season can affect in the world and how to use it to your benefit. The game can feel quite linear at first because of this, since you have to more or less follow a specific path through this rather large semi-tutorial section of the game, but opens up quite a bit after that point once you have access to all of the seasons. The level design of Seasons After Fall is good, in that although you are revisiting the same areas throughout the game (albeit for different objectives each time), each time there is a different way of getting through the level and new things to interact with and accomplish. The sneaky part of the design is that these new aspects were there the whole time, simply blended into the environment ready to make their debut when needed. 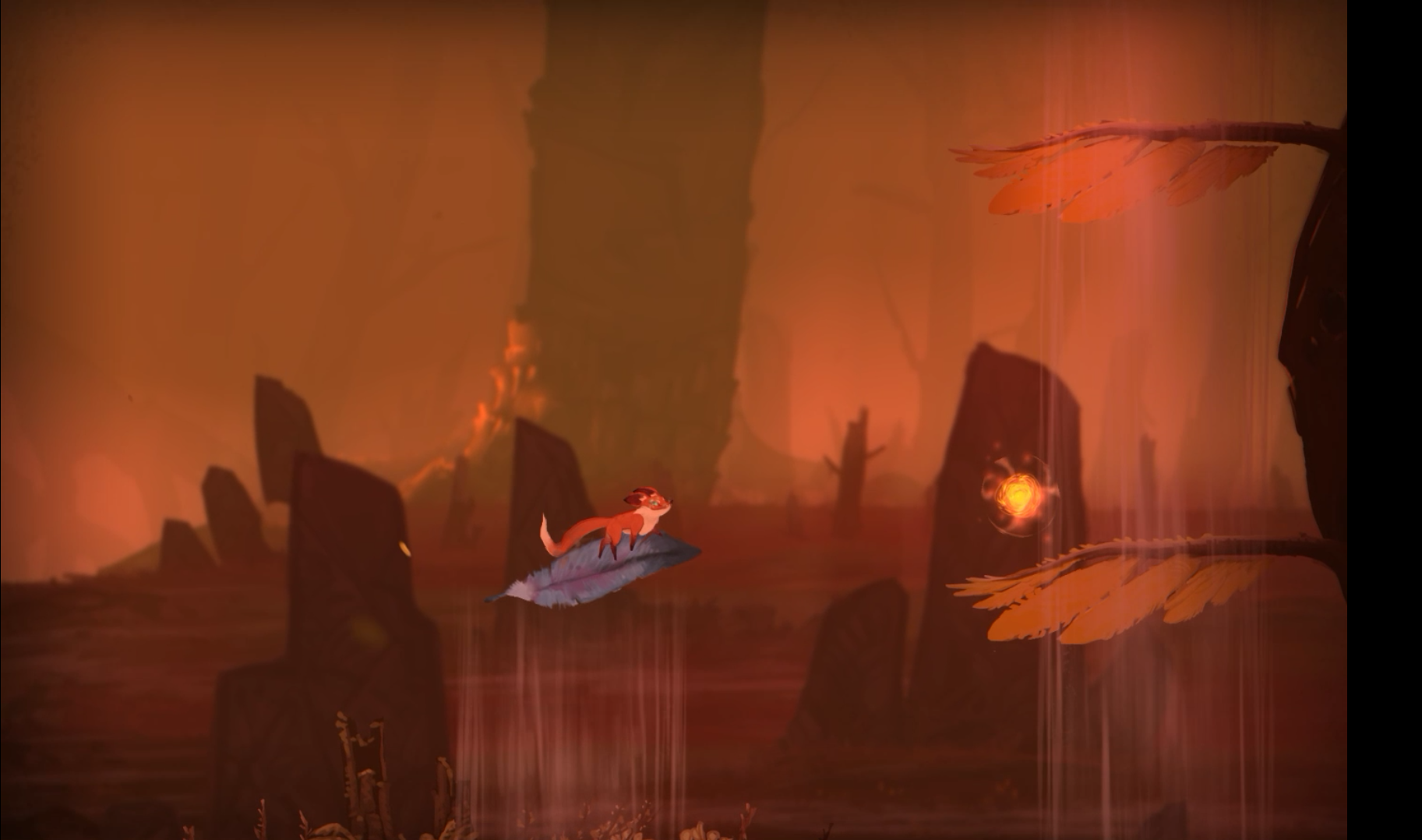 At this point in the review you may have noticed that the description of the gameplay itself seems a bit shorter than average, and you wouldn’t be wrong. I could go into excruciating detail on exactly what each season does to draw it out, but the simple matter is that there is not really a whole lot to the gameplay. Run around, platform a bit, change a season here or there, collect a thing, do it again in another area. Now this is not to say that the gameplay is not entertaining or that the puzzles are completely lack luster, it’s just that it quickly seems that the heart of the game lies in exploring the world and enjoying the scenery and the puzzle element is mainly there for filler.

The only frustrating element of gameplay was the lack of hints where they were desperately needed. It should be said that the basics of gameplay are explained fairly well, but sometimes figuring out how to actually interact with the world is the hardest puzzle. There are parts of the game where you think you are in a cut scene only to realize after 30 seconds of nothing happening that you have to do something to move on. There are creatures that can fly and ground pound if barked at, but you wouldn’t know unless you tried barking at them. It’s not a make or break kind of thing, it just can get annoying.

Seasons After Fall fully utilizes a beautifully painted art style together with many layers in the foreground and background to convey depth and movement in a 2D landscape. The cut scenes and animations feel like you are watching a children’s storybook come to life, and it translates to the rest of the game as well. Each and every one of the areas in the game has its own style and elements that make it nice to explore and take in the scenery. Tack on top of this the effect of changing the seasons and you will find a scenic view wherever you look in the game. The unfortunate aspect of the graphical design of the areas is that you can quickly become lost, as although the areas are visually distinct from one another, the same cannot be said for within the areas themselves. This is especially true in underground portion of the Spring area, where the maze like tunnels can get you turned around quite quickly especially when combined with the close up view of the Fox at all times. 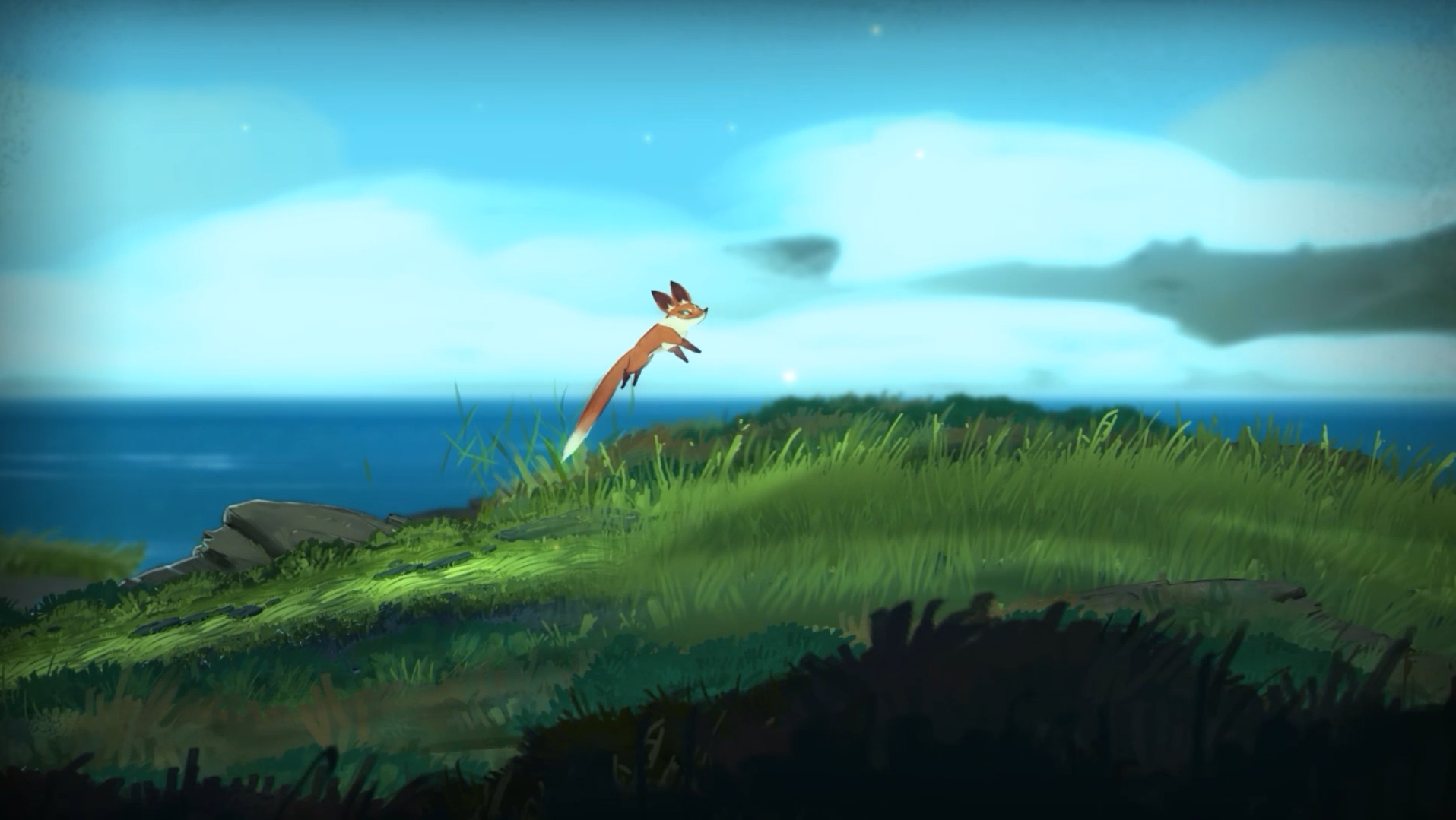 I would recommend giving Seasons After Fall a go simply for the almost therapeutic experience of the musical melodies and lovely scenery, just don’t go expecting a head scratching puzzle adventure.