This little podcast of ours is coming up on the 50th episode. Somebody somewhere decided that 50 was a big deal for podcasts, even if it isn't as glorious as the number 100. Oh well, we at PStoid don't discriminate numbers and are going to have a great time doing this episode; pulling out the big guns for it, as much as we can.

This is where you come in. We all agreed that the Listener Questions Segment was our favorite part of the doing this podcast - because you crazy people have a knack for asking the strangest things - So if you could help us out and leave a question below we'll read it on the episode and get to do that thing one more time!

Also if anyone wants to be a guest for the big 50th episode let us know. We're not booked at the moment and would be glad to change that.

We will have some special goodies this episode, like a retrospective segment, a giveaway (possibly) and more. Just you wait. But seriously, if there's anything you'd like to happen on episode 50 - that falls under the category of legal and not dangerous - you can give us recommendations for how to celebrate this milestone too!

Can't believe we're almost there, the whole gang is looking forward to episode 50 as much as y'all are. Anyway, as promised, here is a PStoid list blog. 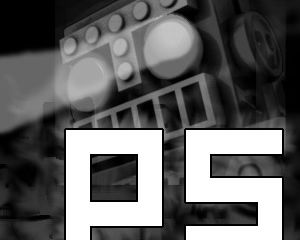 #10. We talk about playstation.
You know, that thing our podcast was created because of. We like to talk about playstation because we all have the consoles so it's an easy spin on what's actually a larger shared interest in video games. But honestly, if  you think we're only some "Playstation Fanboy podcast" you'd be wrong because we will talk about whatever else gaming when it interests us. The show maybe called PStoid but the PC, Xbox, Nintendo and even mobile gaming platforms get plenty of episode time too. It just happens that playstation has more news we care about, wanna bet we won't talk about your cherished non-playstation things? Go suggest it as a discussion topic, we dare you.

#9. We talk about destructoid also.
Being that the site was kind enough to let us host the podcast here (for which we are eternally thankful,.. except maybe Mike) we're always down to include dtoid happenings when they came up. We try to get the community involved/covered on an episode as often as possible, which can range from questions, guests, contests, etc. because we love engaging with you. Destructoid is a bizarre family and it feels good that you haven't seen us as a nuisance yet.

#8. Nanners
is an oaf that does strange things in the episodes, though some say he's gotten less unpleasant to listen to over the years.

#7. Mike
crawls out of the crummiest dive bar in hell to talk to you people (usually while belching which convinces me he's just the real life Rick) about all things playstation destructoid.. okay he's usually talking about hookers and explosions if we're being honest.

#6. Scield
brings in his unique perspective to the show. He is very blunt with his opinions and very pleasant to hear on an episode. Look out for him, we're glad he's been a member of the podcast since the first episode!

#5. Neal
Also an OG host of PStoid, likes to call out (mostly Nanners) shit when he sees it. He brings with him a thorough knowledge of gaming culture to the show and, when he wants to, makes for a great host of an episode. Much more on top of things during the course of the episode than that nanners person..

#4. That time we had like ten different guests on one episode.
(not all at once) That was apparently pretty popular. In honor of destructoid turning 40 - also happened to be episode 40 for us - we got a bunch of different people to come on the show and chat about how ecstatic this occasion made them feel. Though mostly how old it made them feel!

#3. The show is Weird.
We do plenty of weird things, the weirdest things we've done include an interview with a friend who went to Playstation Experience. Acid trip audio effects when the skype recording had a funny second track leftover. A lot of Dogs Barking and doors closing. We're also very weird people in general, so there's that too.

#2. Our E3 Episodes are very in depth.
Ah yes, this became quite apparent after our first E3 episode but when we cover the most important gaming show of the year, no stone is left unturned. We will literally touch every last pebble when it comes to talking about that show, and at least the hosts agree it's a good time.

#1. Viewers Like You.
Seriously, this podcast only continues because we have 1+ people to listen to it. It makes it worthwhile when we actually get feedback or support or little contributions. The fact that someone is willing to spend their free time listening to us ramble on about video games makes it feel like we're a real podcast or something. Nah we still suck, but thanks for being awesome and listening all this time, even when we weren't as good and getting our groove back. You are what makes PStoid exist!

Well that's all the reasons. Gonna be honest, weren't many others. Thanks for reading, I hope you enjoy what we have in store for you. Leave your questions, suggestions, feedback and whatnot in the comments section below and, if you missed it, you can find our latest episode A Foiled Host here.