Cutting the Game out of Video Games 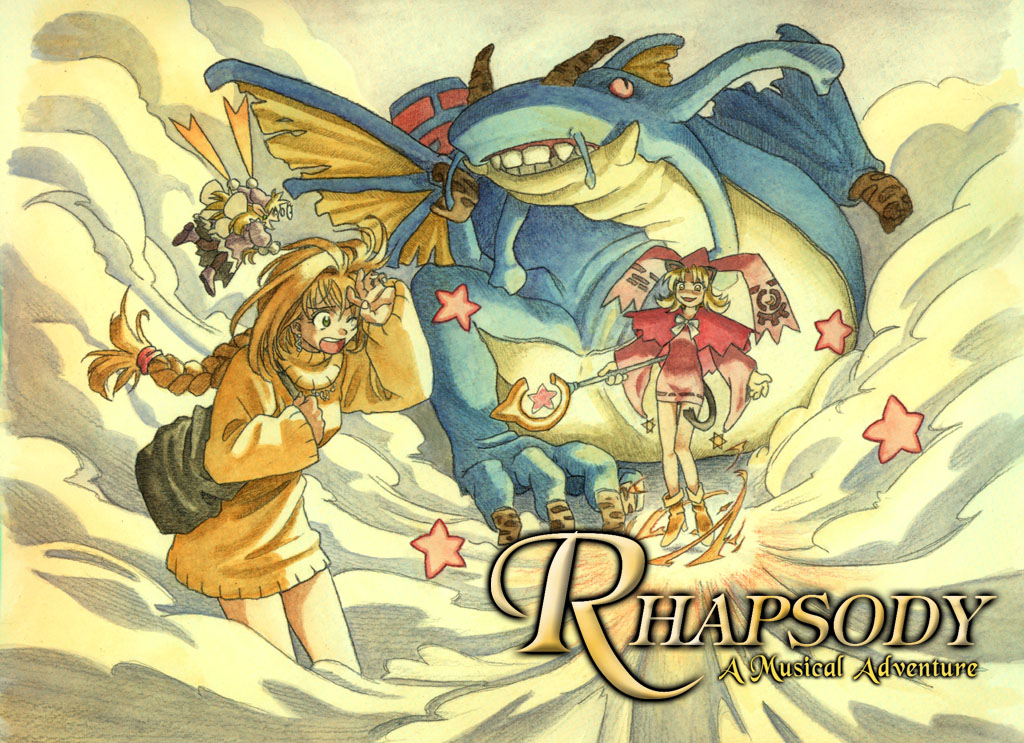 Although not exclusive to the medium, one of my favorite things about video games is how many elements are includes within a single work. Everything from level design, artistic style, story telling, cinematic direction, music and numerous other bits contributes to the title as a whole. Each aspect can pull from different inspirations as well as individually succeed or fail, while still coming together as one product.

The game-focused aspects of video games are likely most important to the majority of people. However, sometimes developers simply use them as a vehicle for the overall experience rather than the main draw.

Recently, I wasn't sure how to feel about recommending Rhapsody: A Musical Adventure. As you can probably guess by the name, music is a big part of this NIS developed RPG. Everything, from the main heroine's weapon to story's themes, revolves around music or instruments in some way.

What's most charming about this release is its occasional musical interludes in which characters sing songs based on the plot. I'm not an expert on musicals, so I can't give a definite judgment of the quality of the performances. It's obviously goofy, though feels appropriate in this context. There's no denying that, at the very least, it's a novel delivery method for the medium. Nonetheless, the gameplay components are far from a rare treasure.

The Nintendo DS version is a straight-forward turn-based RPG with no real substance behind it. The dungeons are filled with dull cut-and-paste designs in addition to being decorated with drab environments that are recycled heavily. The RPG is less than 10 hours long, yet it's clear there were struggles to facilitate even the short “Adventure” the developers set out to create. From what I hear about the original PlayStation version, it doesn't fare much better.

At first, I only felt comfortable recommending the soundtrack for those who love cheesy music. Or at most, suggest watching a playthrough to take in the main story. After some time, I didn't feel satisfied with either suggestion. Sure, you'll see the standout elements, but overall the player loses a lot of the experience. 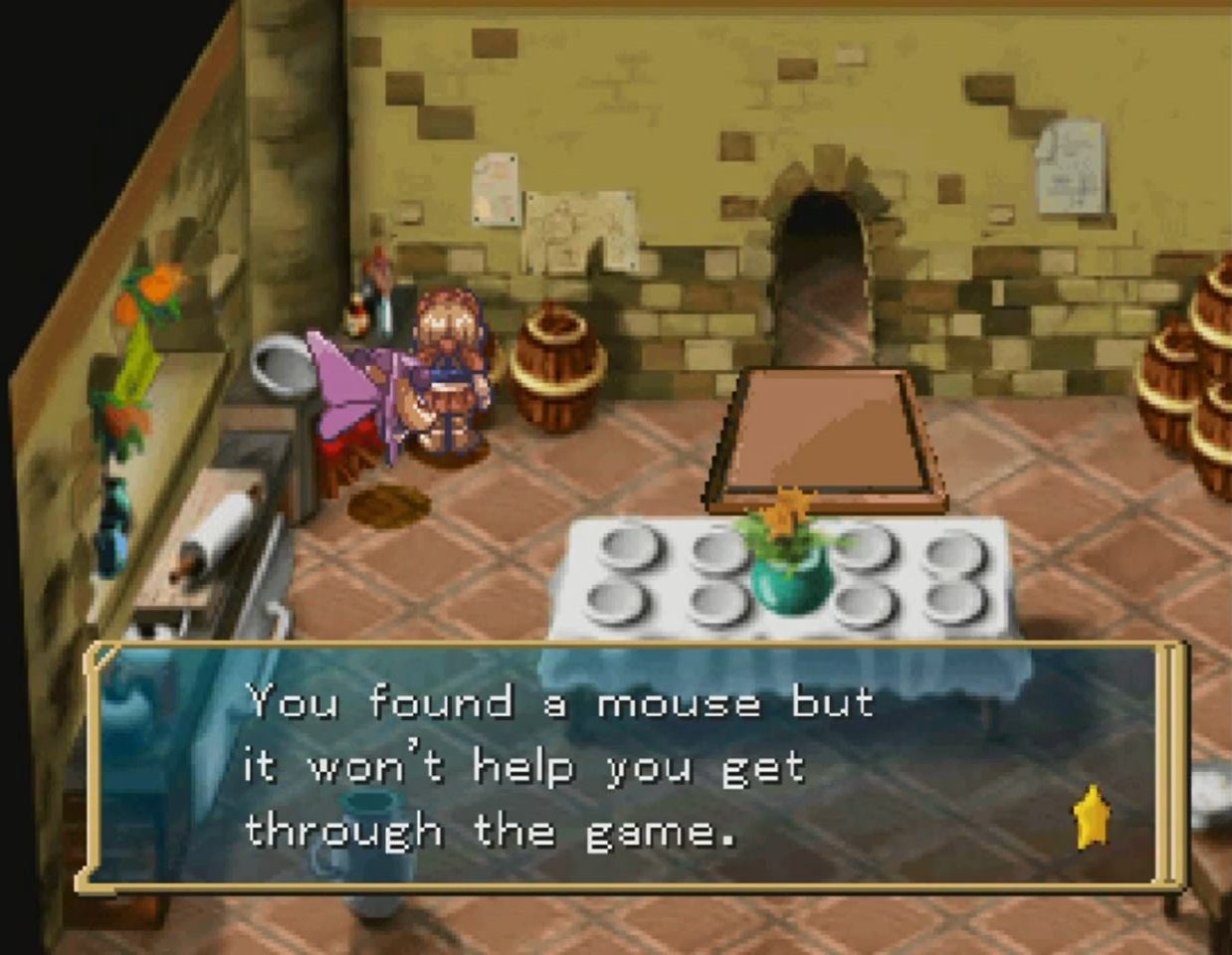 Even with its light content, Rhapsody does justify being a video game instead of something like a visual novel. Outside of the tedious dungeons, it has a small colorful world that is delightful to explore. There's a lot of detective work – requiring the player to poke around while finding bits of charming flavor text from NPCs or humorous descriptions from examining objects. Also, frogs. You will find many frogs jumping out random barrels for some reason.

Admittedly, Rhapsody could have excelled as simply an adventure title, though the recruitable puppets friends wouldn't have existed without the need to fill out a four person party. These optional puppets are not a core part of the story. Nevertheless, their smaller subplots help fill out the overall narrative.

Beyond Rhapsody, there are plenty of other titles that suffer similarly in the gameplay department. I have a fondness for Drakengard 3, yet it essentially stops introducing new game content halfway through the story. The plot and characters continue to develop, but the player retreads the same ground multiple times whilst murdering waves of nearly identical mindless enemies. 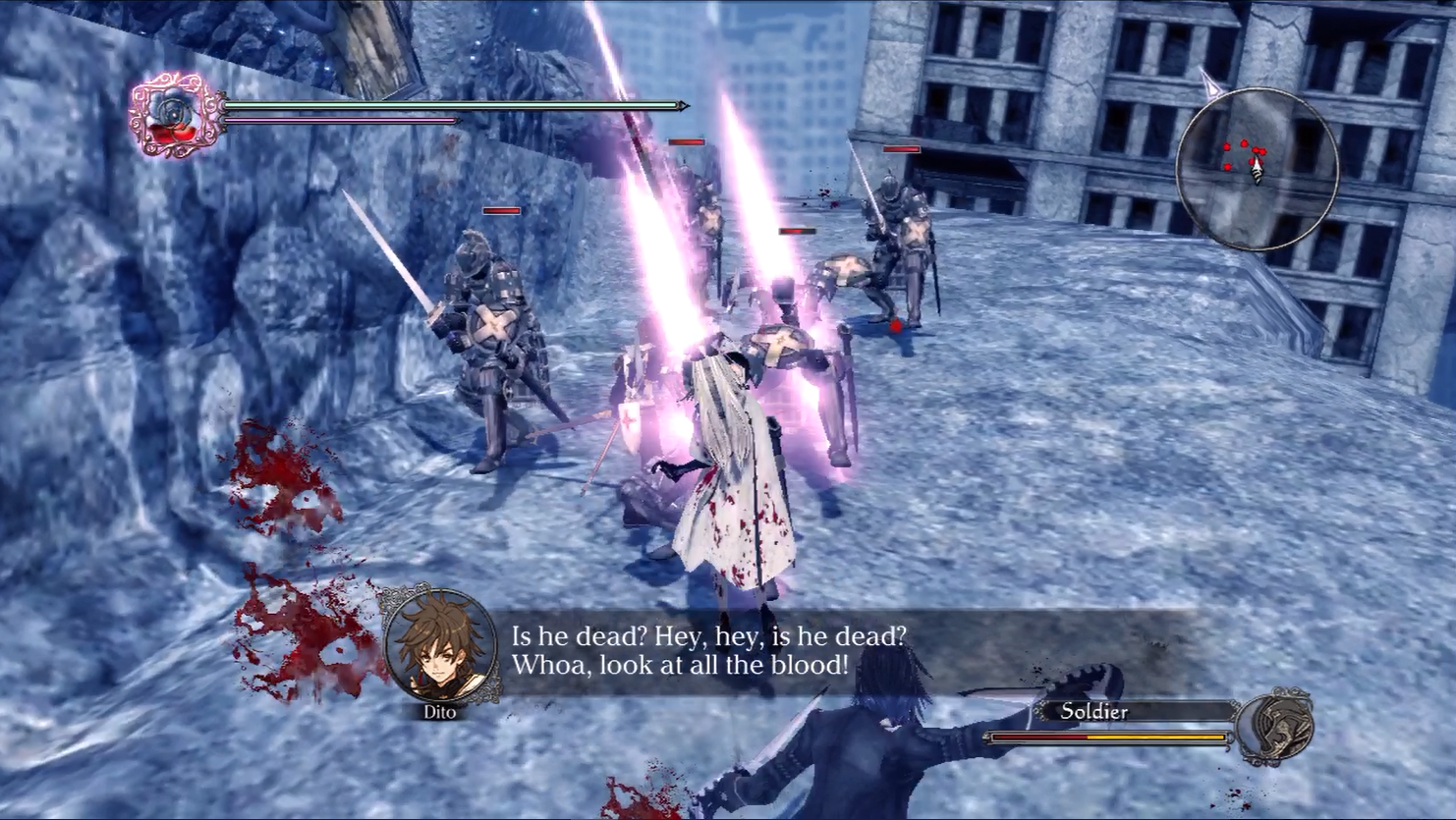 In the case of Drakengard, it's linear enough that you could probably get away with just watching it on YouTube with little detriment. Nevertheless, I do think participating in the monotony of slaughtering swaths of people does put you in a closer mindset to the psychopathic characters.

Of course, you're welcome to enjoy games however you want. Still, I do think cutting off their limp limbs comes at a cost. Like taking a knife to a painting and removing the eyesores from it. Sure you've done away the worst parts of the picture, but it's no longer whole.