One Way Ticket to The End of The World : The Final Station Review

Developed by Do My Best Games 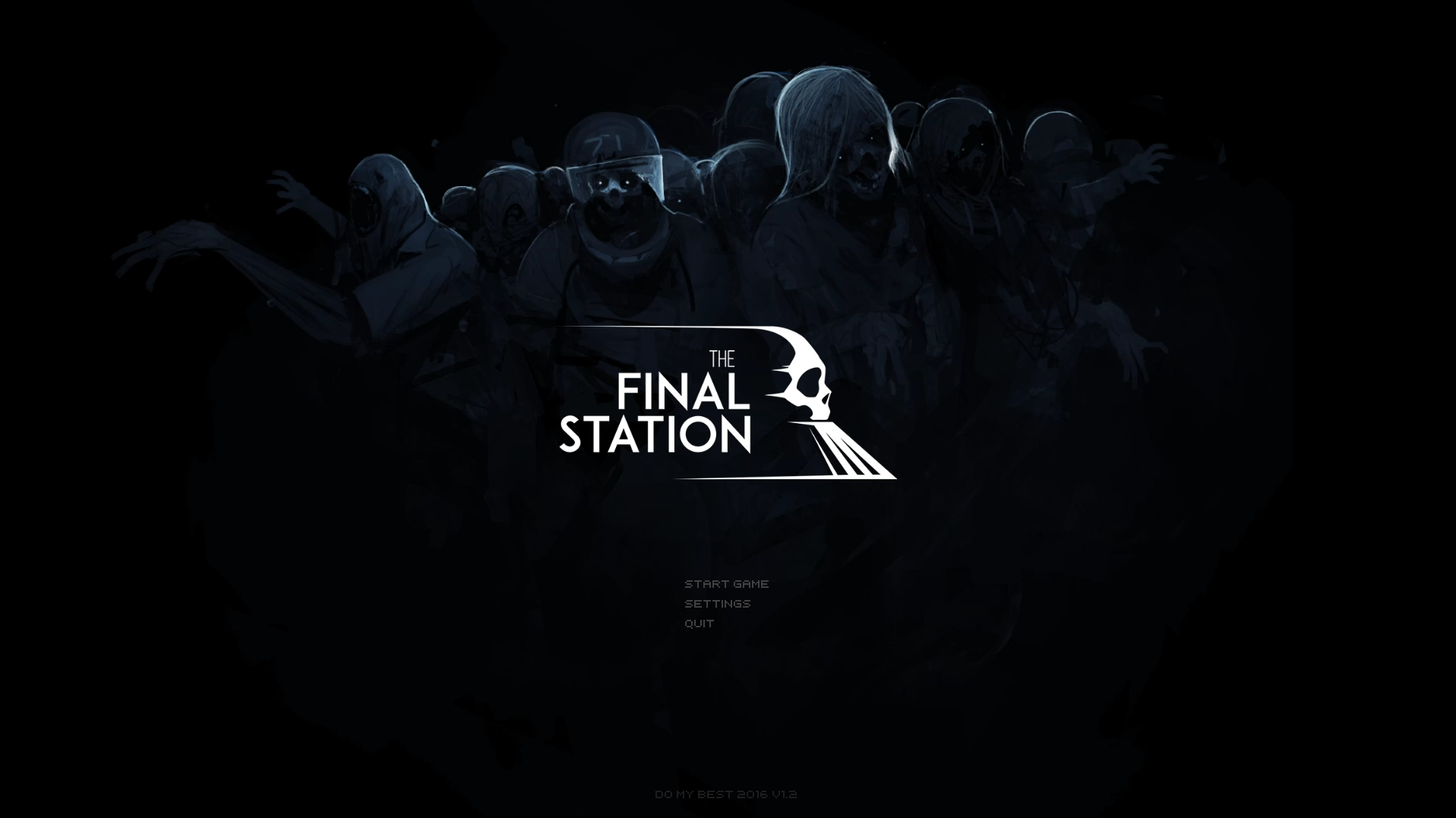 Right from the start, The Final Station hits the ground running with an intriguing premise and stunning sci-fi setting, placing itself apart from many other indie titles. Humanity is on its last legs over a century after an event known as “The First Visitation”, relying on the decrepit and decaying train systems to transport vital cargo to the front lines of the war with the “infected”, the results of the First Visitation. As the conductor of the Belus-07 cargo train, you must do everything you can to keep it running and deliver your cargo; failure is not an option. Interested in giving it a go? Well let’s take a deeper look into how the game plays.

Your main objective is to deliver special equipment to various locations across the continent in an effort to construct “The Guardian”, humanities last hope against the infected hordes. At each station you must stop and search for the “Blocker” code to allow your train to continue to the next stop. While searching for the code, you can scavenge for supplies to earn money, craft items aboard the train, and replenish supplies as well as search for survivors to take aboard as passengers for rewards. It is not all smooth sailing, however, nearly all areas outside the relatively safe cities are home to legions of “Infected”. You will have to fight or run your way through them in order to succeed. Luckily, you are armed with a pistol with access to much stronger weapons later in the game and can melee attack as well, but with ammo being scarce it is usually a good idea to reserve the rounds for emergencies and get to the fisticuffs. Enemies come in all shapes and sizes, each with their own special trait that brings tension to engaging with them. Adding to this is the fact you can only see into rooms you have opened the door to (otherwise they are completely blacked out) which means you might stumble upon an unexpected group of infected at any moment. 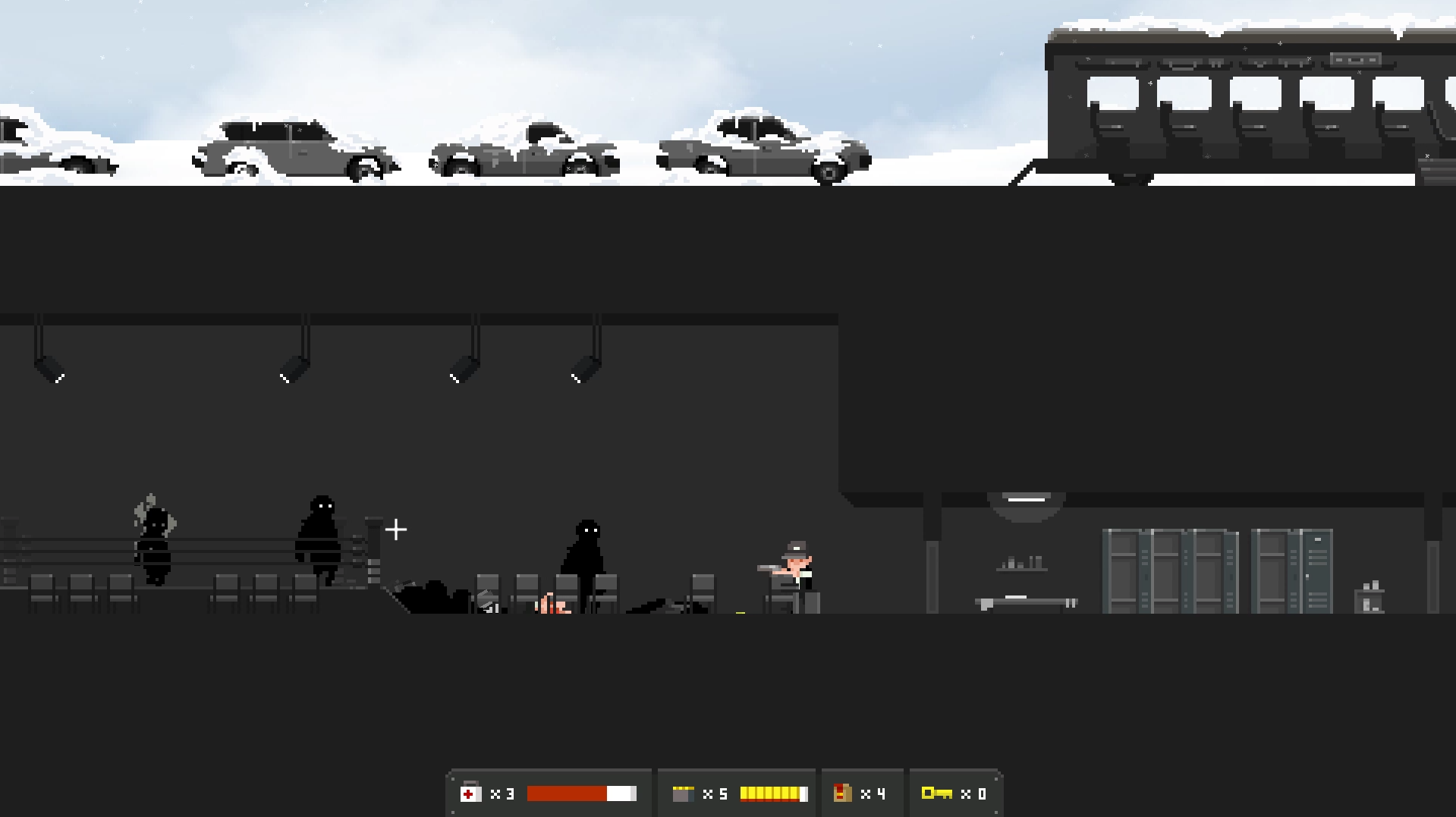 Assuming you are able to locate the code and make your way back to the Belus, you can enter the code and move on to the survival/management stage of the game. While aboard the train, you must perform maintenance on the old iron behemoth and take care of your passengers in whatever state they find themselves in. Some are injured and require periodic medical kits to keep them from bleeding out, while everyone needs food every so often. The train itself will begin to break down and damage the passengers if you don’t keep up on fixing the parts. When not attending to ailing passengers or the rust bucket that is Belus-07, you can craft items, communicate with other operators, and view progress to the next station at the main console at the front of the train. Once you reach your destination, you venture outside to look for the next code. 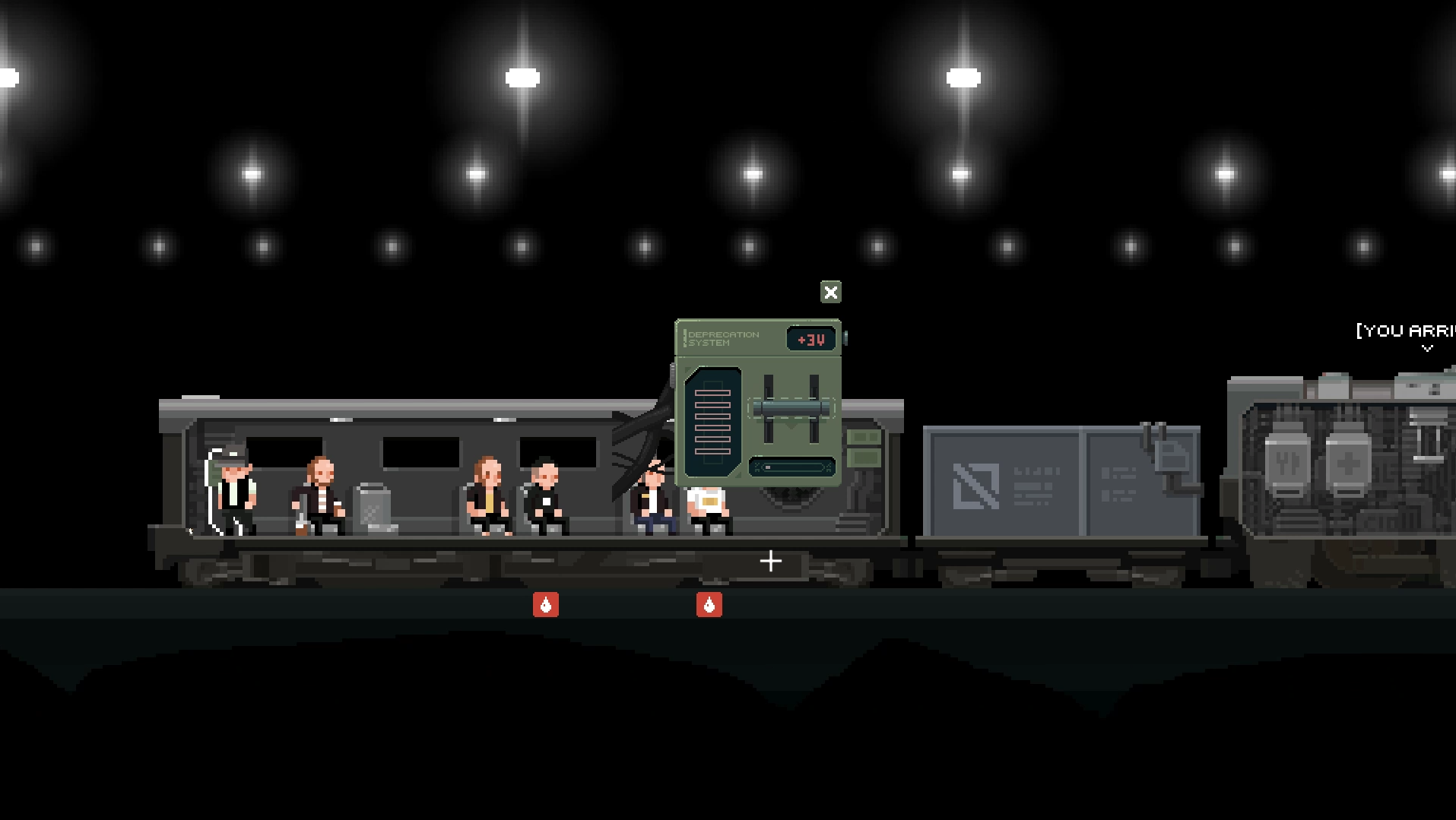 The problems begin to arise after playing the game for only a short while. The on foot sections will get repetitive, despite occasional upgrades, sporadic addition of new enemies, and change of locale. Towards the end of the game, these segments really start to bog the games pace down. That being said the biggest issue is with the survival elements aboard the train. Between food, triage, and maintenance needs there is usually not much time for standing still but despite this the passengers will talk to you providing quite a bit of plot and background for the story that you can’t pay attention to on account of all the busy work. The survival aspect feels like nothing more than a distraction and detracts from the enjoyment of the narrative of the game as well as the wonderfully crafted scenery in the background. Additionally, the story suffered from lack of explanation and seemed cliché at the conclusion.

The Final Station makes use of pixel art to create the highly detailed post-apocalyptic sci-fi setting central to the game’s narrative, complete with sprawling futuristic cityscapes, towering war robots, and desolate battlefields of ages past. The terrain that drifts by lazily in the background is truly an amazing work of art possessing great beauty and power in aiding in the telling of the story. As for the monsters themselves, they are only ever shown as dark, shadowy, silhouette like constructs aiding in the mystery and tension involved in dealings with them. 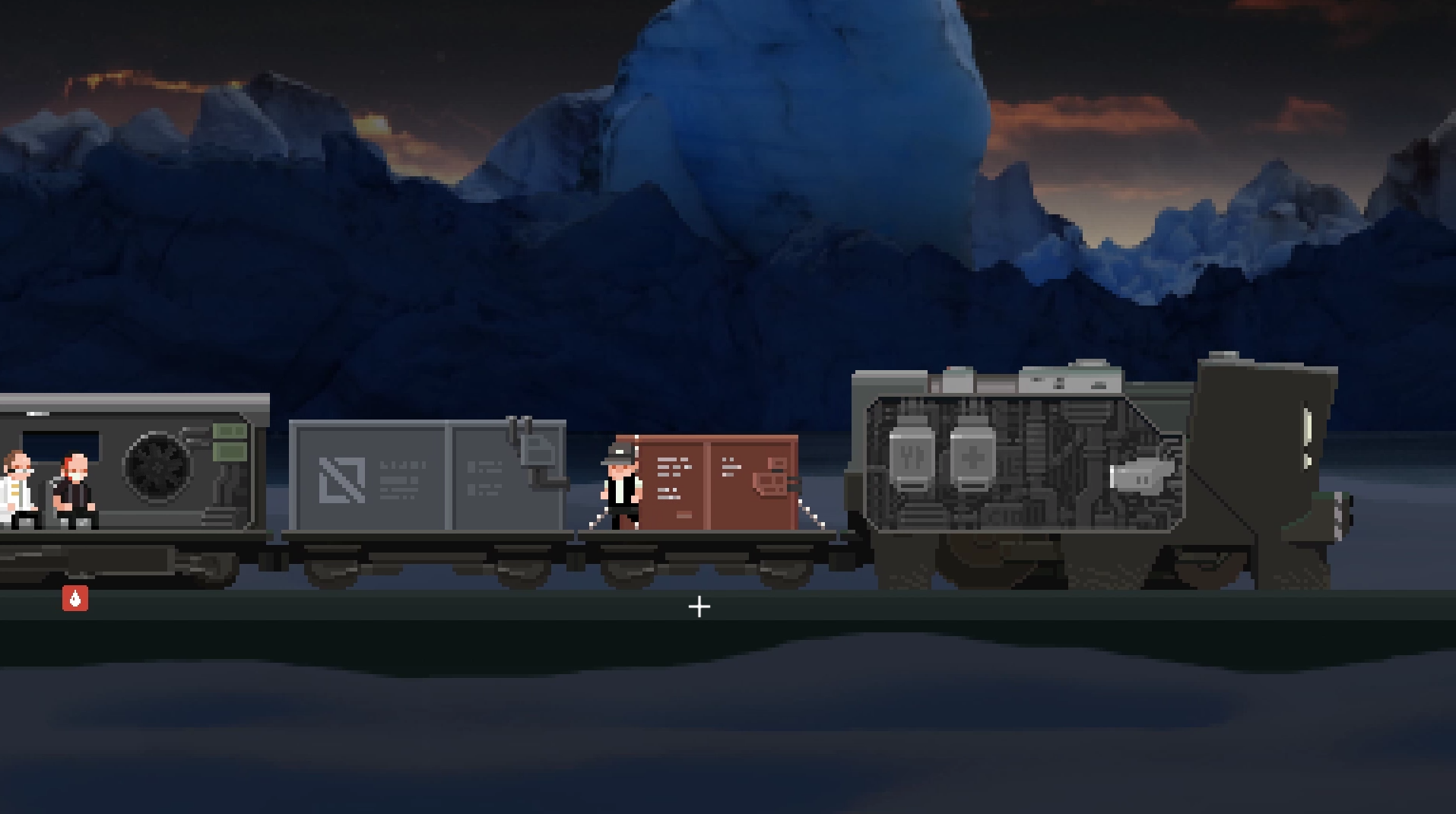 Keeping with the theme of desperation and struggle, the music sets forward a grim and somber ambiance as background for gameplay. More complex musical segments can be found where emphasis is meant, such as in the cities or in the presence of the Guardian. Let the sound effects not be left out, as the gun sounds were of particular note. To my surprise, I found that the report of firing the pistol and other weapons was satisfyingly strong and gave the guns a great feel and sense of weight. The gentle repetition of the sound of the movement of the train on its tracks provides a sense of safety and calming while on route to the next stop. Unfortunately, there are a couple instances where it seems sounds are missing. There is no sound for your character taking damage and no sound for the train leaving the station, both of which are strange absences.

For $14.99, the 4-5 hour length of The Final Station is not too bad, but it is hurt by the repetitive gameplay and inability to focus on the story elements during the train sequences. The game would benefit from removing a few of the levels to cut down on the repetitive feel near the end and from toning down the survival aspect to allow you time to actually enjoy the scenery and take in the conversations happening aboard your train. Despite its shortcomings, it is still a pretty good game and I would recommend taking a look at it.