No Man's Sky sets out to deliver an unprecedented level of player freedom but ultimately ends up grounded by its own repetitive nature.

The game begins with your nameless character waking up on an alien planet, mere metres from his shattered spaceship.  Your first job is to repair to gather resources with your mining laser,  before using the collected minerals to repair your vessel. Your craft restored to working order,  you then have the choice of further roaming the surface of the planet,  viewing it from the air, or just heading up into space.  I chose the latter, eager to explore the limitless possibilities that No Man's Sky near-infinite universe would offer. Several hours later, I was beginning to wonder why I'd bothered.

The game is undeniably pretty to look at, although it does suffer from some graphical pop-up issues. It also features seamless transition between planetary and space travel, rather than breaking up the game's flow with loading screens.  Encountering and  docking with a space station for the first time also felt like a genuine achievement, a stepping stone to greater things.  But the more I continued to explore No Man's Sky's universe, the more tedious my travails became. 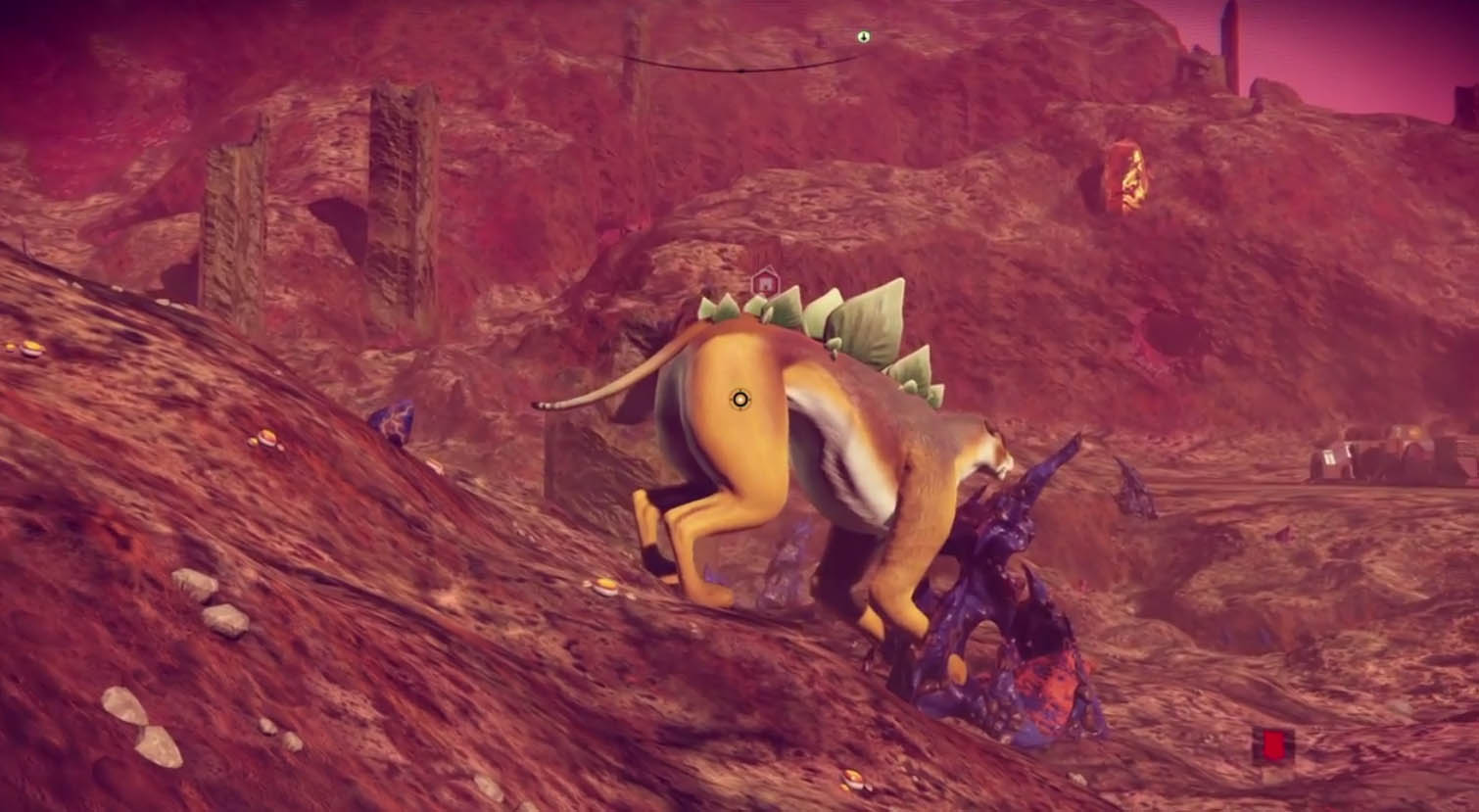 Seeing a slightly larger then average creature was pretty much the highlight of the game for me. Yeah, that doesn't say much about NMS.

While exploring the galaxy may sound like a grand adventure,  No Man's Sky forces you to resort to resource gathering to make even the smallest amount of progress.  Travelling from one system to another requires you to use a warp cell to fuel your hyperdrive.  Warp cells are rarely sold at space stations – which seems absurd, given that hyperspace travel is commonplace, and instead you have to craft them from the resources you gather.

This entails travelling down to a planet, gathering the necessary resources  and wrestling with the game's awkward slot –based inventory system. It feels as if the whole crafting and resource system was designed to force players to visit planets, rather than giving them a more compelling reason to do so. And while I initially enjoyed exploring No Man's Sky's procedurally generated  planets – the game presenting me with a few genuinely breathtaking alien vistas – they started to feel awfully familiar. 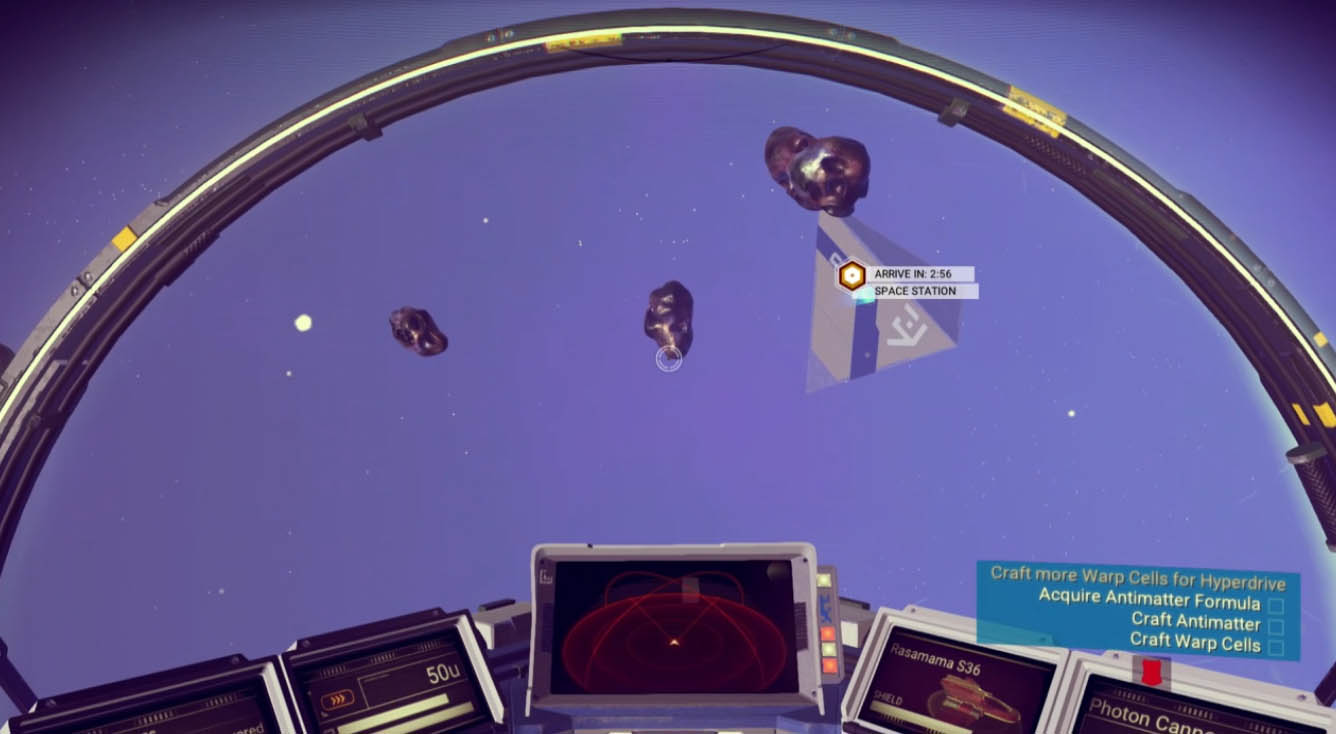 Though each species' space station looks different when viewed from space, they're exactly the same on the inside. A metaphor for the game as a whole, perhaps?

Indeed, the more planets I visited, the more familiar the landscapes became,  as I started recognising features and structures I'd seen on other planets.  It's hard to be awed by a crystalline cavern when it looks remarkably similar to the other six caverns you've already seen.  Even the local wildlife is built from a pool of parts,  so you'll start recognising Head A on Body Z and so forth.

Nor could I shake the overwhelming sensation that , in the manner of the Truman Show, the entire universe existed exclusively for my benefit.  While nearly all games are player-centric,  but many manage to at create the illusion that there's a world outside of your field of vision.  Yet No Man's Sky's universe feels curiously lifeless. 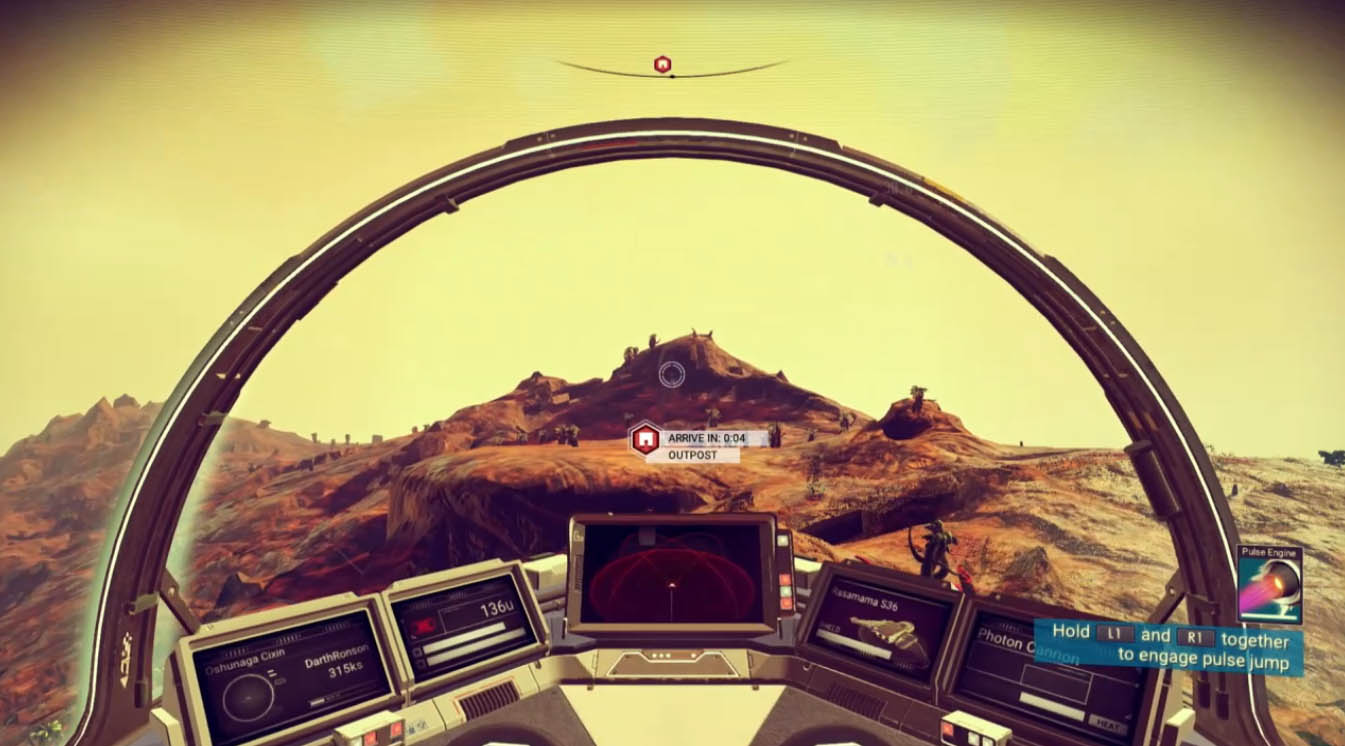 Oddly, No Man's Sky won't let you fly low enough to crash into the ground.

Despite the galaxy being populated by three distinct races,  the only time you encounter them in person is when you enter either a building or a space-station.  Even then they're usually on their own and act as little more than glorified vending machines,  dispensing product upgrade blueprints, credits or other resources when you answer their questions correctly.

Even the huge freighters that sometimes hyperspace into systems feel like nothing more than scenery since they never move.  They do occasionally get attacked by pirates,  at which point you have the option to defend them,  but there is little point in doing so.   And ship-to-ship combat is a clumsy affair,  enemies often choosing to fly straight at your ship rather than adopt any kind of tactical approach.  You can upgrade your ship, which will give you more resource slots to fill,  but the ships handle exactly the same way. 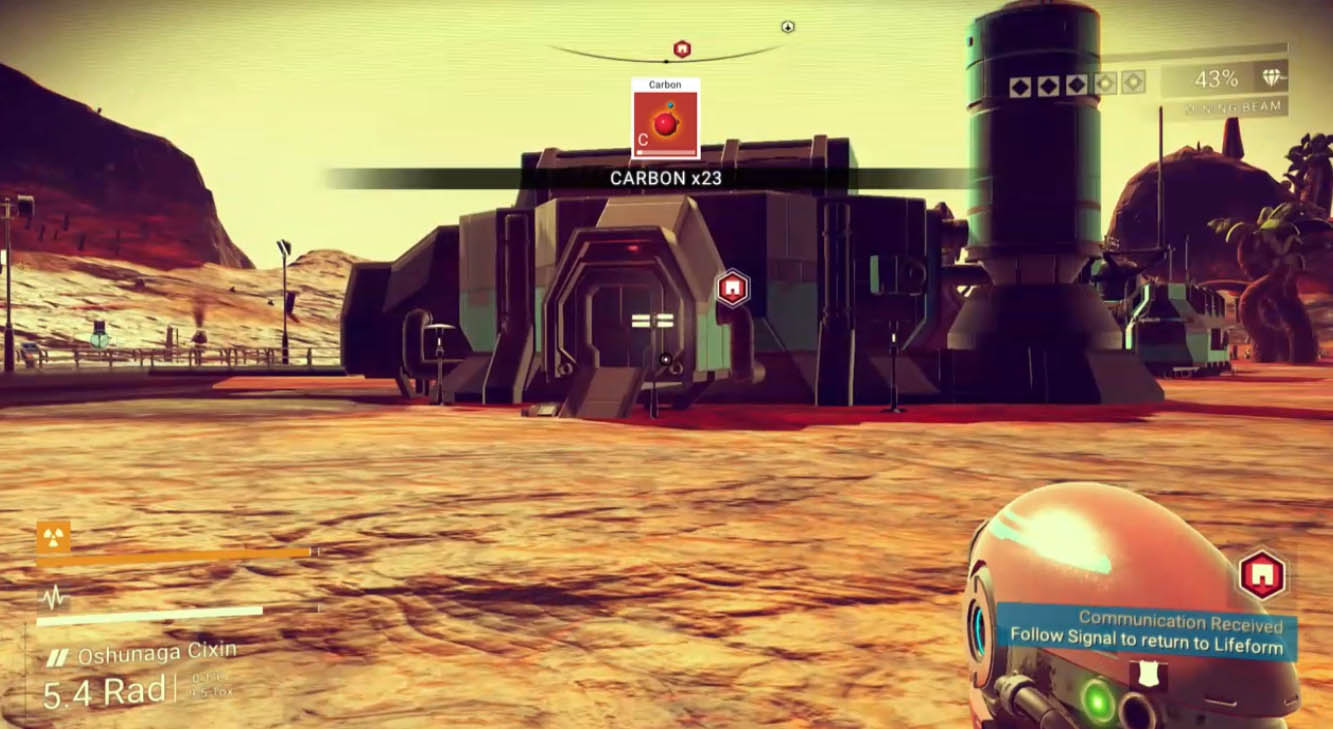 Another common NMS feature - identical bunkers on a vast range of planets. Ikea of the future?

Ultimately,  playing No Man's Sky felt like a fruitless endeavour.  I persevered with the game for 20+ hours,  hoping that matters would improve but ended up with nothing to show for it. I could have forgiven No Man's Sky's resource grinding if the game's world felt as if it was worth exploring or interacting with. But the combination of NMS's repetitive gameplay and  lifeless universe finally killed my interest in the game.   Infinite but not very interesting, No Man's Sky expansive universe may be a grand technical achievement but as a game it fails to satisfy.