Let's get this out of the way, kids are not stupid. They can handle some complexity. There's a real thin line between a game built with an eye towards younger players and a game that's a complete snooze. Costume Quest 2 stradles that line, and often falls on the wrong side.

If there's one word that can describe my 6 hours with Costume Quest 2, it's boring. It's hard to find a more damning word for a videogame than boring. A game could be a train wreck and at least be somewhat entertaining, but Costume Quest 2's moments of fun are so fleeting that I question whether I had any fun at all. Let's start with the heart of the game, the combat. 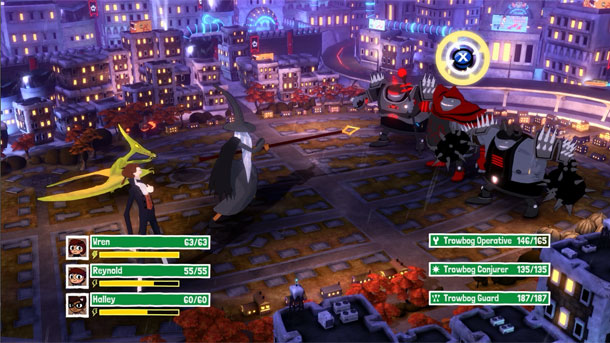 Do you remember Paper Mario? Not the weird new ones but the older RPG titles. If so, then you know what you're getting into with Costume Quest 2. The battle system has only 4 commands, and only 1 of them will be used for 90% of battles. That button is the attack button, and every time you press this button, you'll have to complete a short quick time event to do maximum damage. Then on enemies turns, they attack and you again complete a short quick time event to minimize damage. This battle system gets old about 3 fights in. The main reason being that battles proceed at a snail's pace. It's so easy to block any attack or get the maximum damage from your attacks that instead of keeping you focused on the fight it just becomes a routine. There is no excitement here. These button presses are completely arbitrary, and add nothing to battles except to make them drag on into infinity. This isn't helped by the fact that the enemies have almost no variety among them. There's a sequence towards the end where you have to escort some people across a garden and fight some guards along the way. The battles with these guards are all exactly the same. It's the same group of enemies in the same layout. It's maddening at a point. 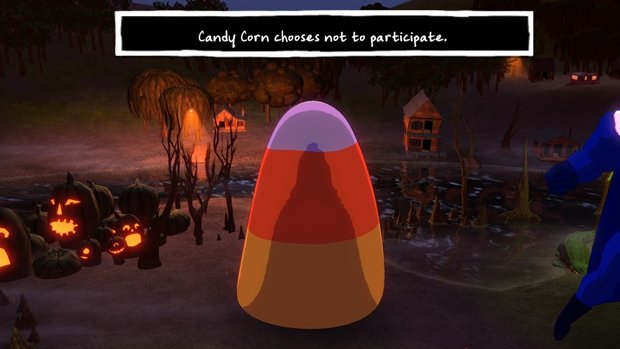 The only real highlight of the game is getting to see the various costumes in battle, and what their special attacks look like. Unfortunately Costume Quest fails here as well by offering absolutely no depth for any of the costumes. You only have to use the costumes once to see everything they have to offer. They each have one regular attack and one super. That's it, there is nothing else to mix things up. Leveling up does nothing except raise your stats, you never get any new moves or abilities. The way they try to address this is with the creepy treat card system. There are 45 unique cards in the game and you can bring 3 with you into battle. They have various effects from healing to outright killing enemies. This could have been a neat idea, but it's never necessary to use them. The battles are super easy, and most of the early game cards are worthless. I almost never used these cards throughout the game. It was only towards the very end that I received a card that killed all enemies, and I utilized the shit out of that to avoid having to actually fight. 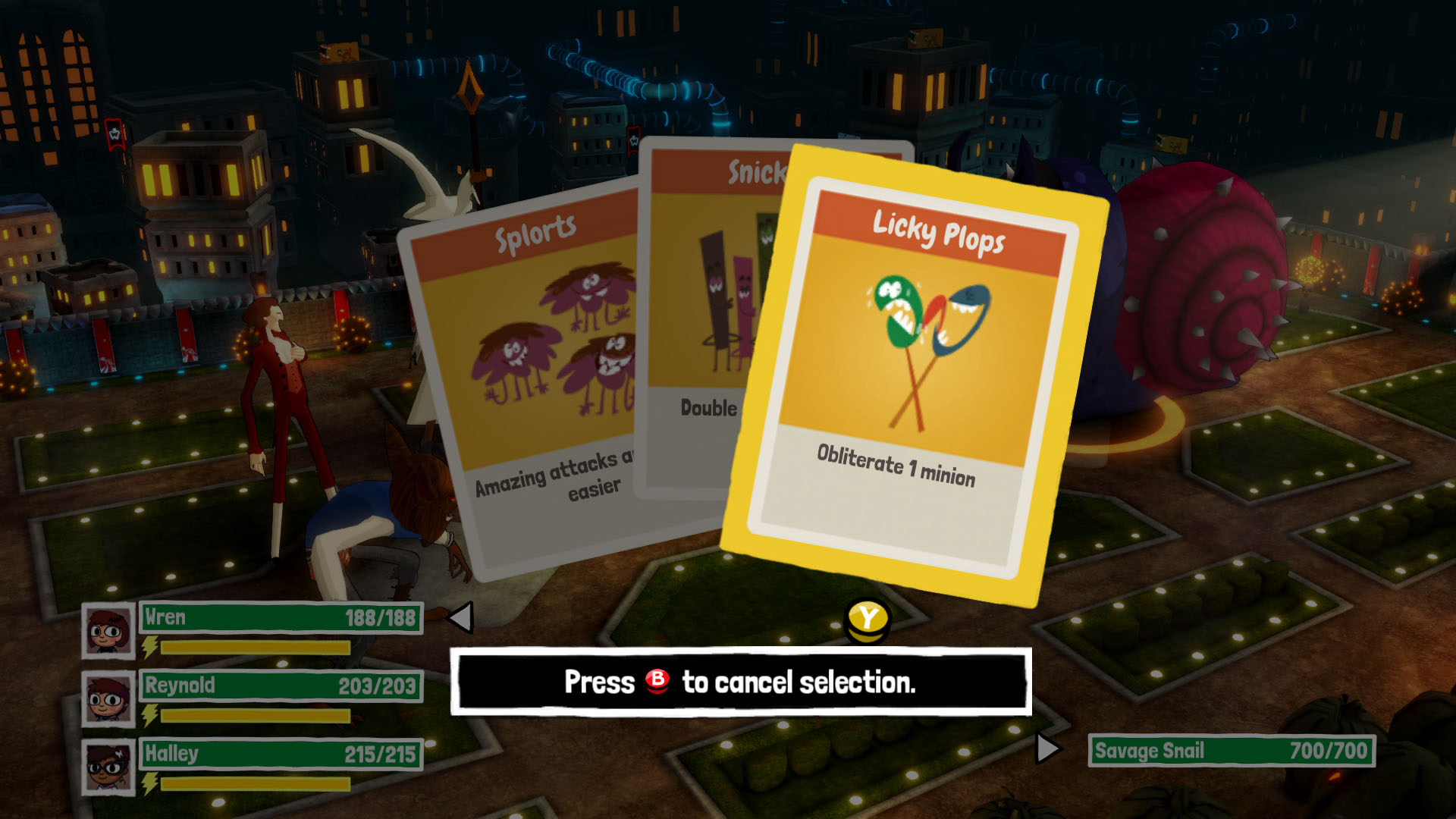 The story is just there. It's focuses on time travel, but never utilizes this narrative device to it's fullest. They send you to the past and the future but they aren't really that different. It would have been cool if they had a bunch of different areas in different times, but there is only one past area and a couple of connected future areas. The one touch I do appreciate is that the battle music changes for different eras. 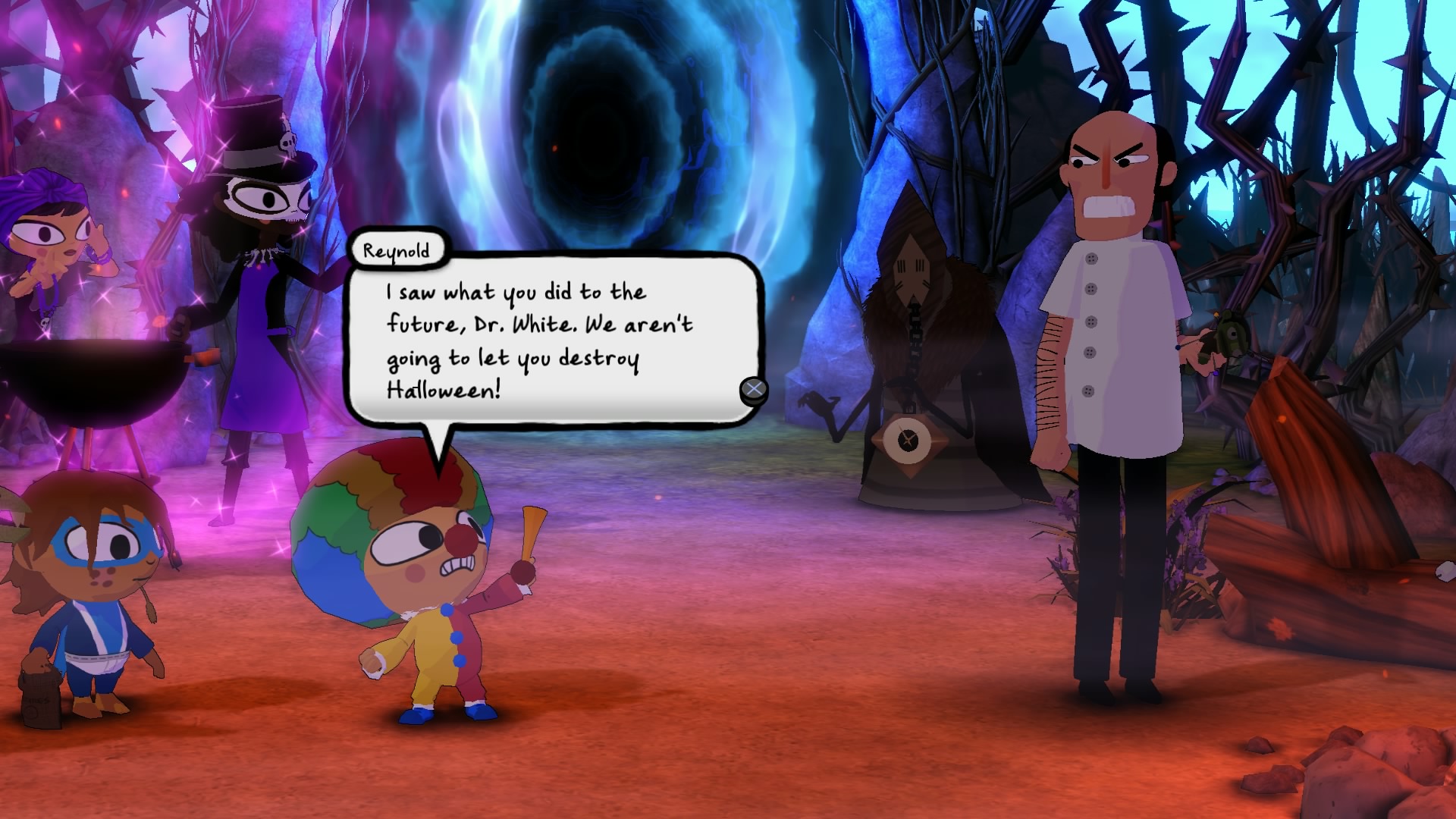 Costume Quest 2 is a huge disappointment. It's a game that tries to appeal to kids but fails to appeal to anyone. It's too slow, too simple to fully engage with. It lacks any sort of depth. It's a game where you go through the motions for 6 hours until you hit the end and wonder why you just wasted your precious time. It has some cool ideas, but it completely squanders them. There isn't enough variety in the gameplay or the visuals to keep players engaged. It's a hollow shell of a game, and it's Halloween aesthetic doesn't save it.