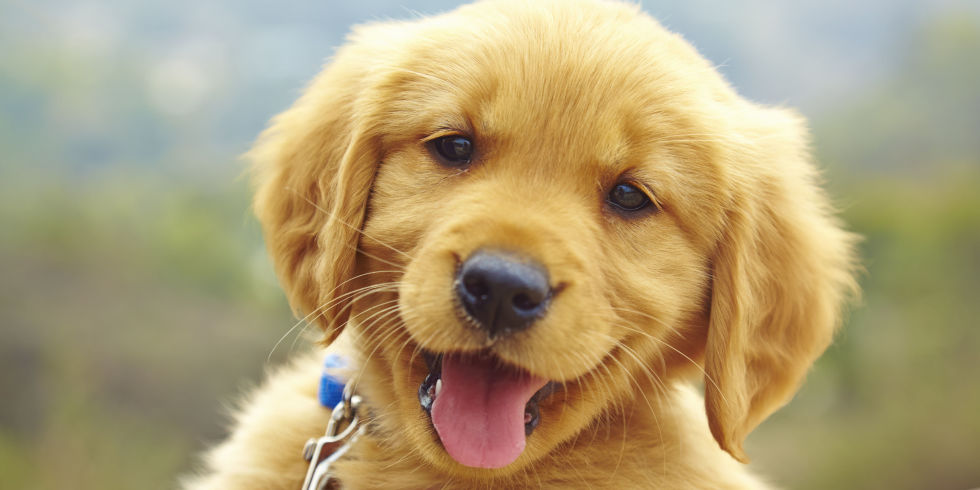 One of my favorite things to talk about outside of video games is heavy metal in all of its triumphant forms. As you can see by some of my previous blogs I've been trying to marry the two mediums together here and will continue to do that occasionally. Today however, I just feel like sharing some music I love with you guys in hopes of getting you into a new tune or two. I could always do this on the metal pages I visit, but sometimes that just feels like preaching to the choir which can be boring from time to time, hence why I want to shoot the shit about it here.

For the most part I will be choosing songs that are more accessible in their respective sub-genres since it's kind of pointless to introduce someone to Gorguts who isn't already well versed in death metal and avante-garde. I'll toss in a couple deep cuts but will note that it is one if your feeling more adventurous.  And, instead of slowing this page down to a crawl by posting a ton of Youtube vids, I'll just link them. I'm only going to post more recent or active bands as well to keep things modern and stuff.  I really hope you all find a tune or two you like as I fucking love getting people into new music. Drop me suggestions too!!! And we're off!!!!

So, why do I love metal? I'd say one of the many reasons is because it's one of the few genres where exploring extremes is accepted and encouraged. Without someone pushing the boundries, new and exciting music just wouldn't happen. Sure, the band that is pushing the envelope may not be your taste, but the others that take their influence and put their own twist on can, and may even become one of your favorite bands. Case in point for me as I segue into my Top 3 favorite bands.

Black metal was one of the sub-genres of metal that took me a bit to get into, or should I say I was Stockholm Syndromed into it. The Predetor-like rasps for the vocals just felt too odd to me. In time, I've come to enjoy them though I still have a bit of difficulty getting into the legacy bands like Dark Throne, Mayhem, etc due to the lo-fi recordings. I do respect it immensely for the intensity it brought, but do highly prefer the more modern incarnations of Black Metal like Wolves in the Throne Room or Krallice or when it is mixed with other genres.

Without the extremeism of Black Metal though, I doubt one of my all time favorite bands would ever existed (who unfortunately split up a couple months ago, I was devestated). I coin them as Nature Metal due to their strong themes of nature and the organic atmospheres they paint with a mix of traditional American folk music, acoustic instruments blended with punctuation of metal, and occasionally raspy vocals and mystical clean singing.  To this day, there is no other band out there as unique as Agalloch and I doubt there will every be any imitators that could do what they did.

Single songs by them really don't give them the full effect they can produce with entire records, so if you're up to the task the albums The Mantle or The Serpent and the Sphere come highly reccomended.

For an intro song I'm choosing 'Not Unlike the Waves' off of Ashes Against the Grain. Listen Here!

For a deeper cut check out 'In the Shadow of Our Pale Companion' off of The Mantle. Listen Here! The lines "Here at the edge of this world; Here I gaze at a pantheon of oak, a citadel of stone; If this grand panorama before me is what you call God. . .; Then God is not dead" will forever give me gooseflesh. Such a beautiful song.

I don't think I need to go into much detail on why Iron Maiden are awesome as they are one of the biggest and most loved metal bands ever. They were also my introduction into the path of metal as a neighborhood freind's brother played Somewhere in Time for use once and it was love at first listen.  I even have a gigantic Eddie the Head tattoo covering the top half of my back.

My favorite album of all time goes to the masterpiece Seventh Son of a Seventh Son and my favorite song off that record is 'Infinite Dreams'. I was in fucking tears when I finally got see them play it live a few years ago, complete with a whole stage dedicated to the Seventh Son album.  Listen Here! 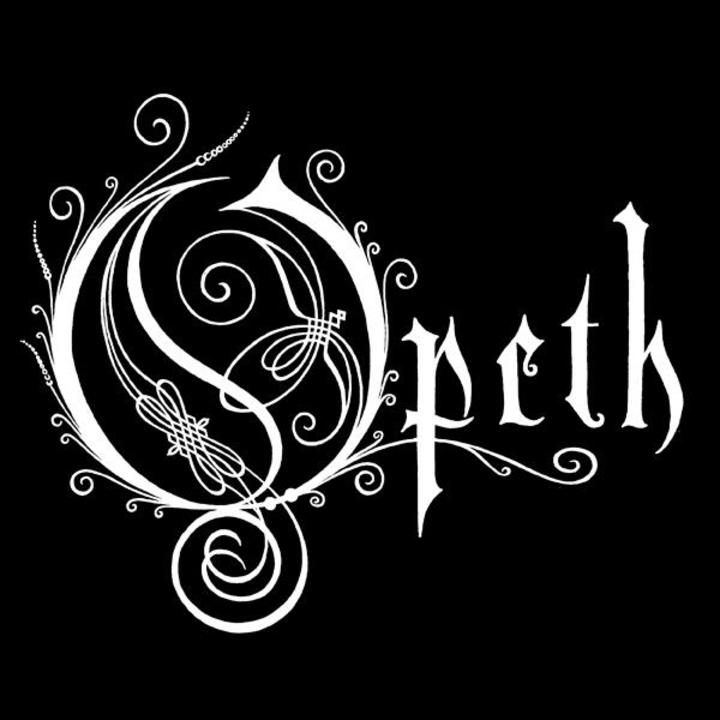 And for my third entry into my three number one bands goes to Swedish Prog Metallers, Opeth.  The diversity these guys lay out throughout their catalog is beyond fucking immense.  From black metal, to death metal, to jazz, to 70s prog rock, to folk music, it's there. Neigh impossible to sum up their sound in one song.  Over the years they've become quite devisive among fans as they moved away from their death/black metal roots and did away with all growled vocals and went full on prog rock. Personally, I love this new era of Opeth and wait with bated breath for their new album dropping on the 30th of this month.

My favorite record of theirs goes to Ghost Reveries which showed a nice bridge of their mastery of using contrasts to create simply shattering music.  Off that record I feel the heaviest, most bombastic tune is also the most accessible, so give 'The Grand Conjuration' a listen.  Listen Here! When done, check out my favorite track 'Harlequin Forest'. Listen Here!

And to give a taste of their more mellow modern side that really isn't metal at all but really fucking great, check out 'Eteral Rains Will Come' off of Pale Communion. Listen Here!!

Easily one of my favorite sub-genres of metal is Folk Metal. Basically metal with flutes, lutes, lyres, whsitles, bag pipes, and what ever other folk instruments you can toss at it. And it's berdth of diversity is immense.  It goes from epic to brutal to beautiful to cheesy to flat-out beer guzzling fun. A true wonder of a genre to behold.  Here are some choice tracks for you.

Korpiklaani - Tuoppi Oltta: Listen Here!!! If you don't find yourself swilling a horn of beer and dancing a jig with an ear to ear smile on your face while listening to this song, I don't think you will ever have hope for happiness. Such a fun song and fun band!

Moonsorrow - Jumalten Kapunki: Listen Here!! Pairing epic and triumphant with viscearal black metal these guys know how to write massive songs that can really enthrall a listener. I love the triple intro on this tune!

Ensiferum - Smoking Ruins: Listen Here!!! Good ol' thrash and touches of power metal meets a Viking raid. If this melody doesn't get imprinted on your brain, well, idk, must be something wrong there.

Wilderun - The Garden of Fire: Listen Here!!! While most folk metal seems to originate from Scandinavia, these Bostonians give them a run for their money. Very Opeth-like but that folk twist makes them feel wholely original. Boy oh boy do I love me some good ol brooding Doom. One of the oldest sub-genres of metal as it was originated by the working of Black Sabbath.  I think what really captures me about Doom metal is it is very simple on one level yet incredibly deep on the next. Def some great tunes to zone out too.

Pallbearer - Worlds Apart: Listen Here!! Currently these guys are taking the doom world by storm, and rightfully so, they got the chops and a half.  Philosphical lyrics, thundering riffs, bone chilling vocals. They are a welcome revolution. This song is inspired by my all time favorite book Hard-Boiled Wonderland and The End of the Wolrd by Haruki Murakami.

Avatarium - Moonhorse: Listen Here!!! I could, and probably will, do a whole section dedicated to female-fronted Doom metal, but for now embrace yourself with hauntingly beautiful vocals and soul shattering riffs heavier than a battle between Dr. Doom and Thulsa Doom on top of Mt. Doom. The lyrics in particular in this song resonate with me with their strong imagery which creates this intense childlike wonder of death and the beyond. Bone-chilling stuff.

Ghost - Circe: Listen Here!!! Taking every campy aspect about metal and cranking it up to 11 these guys are able to both parody and pay genuine tribute and love to a beloved genre. A mix of traditional Doom and Pop music these guy know songwriting down to a 'T'. They even won a Grammy this year for the linked track 'Circe' (which is Old English for Church). When a band with the Satanic Pope as their frontman is winning major awards, they gotta be doing something right! Hands down my favorite new band of the past decade and all of their records are worth checking out. Also see them live if possible, amazing stage presence.

Candlemass - Bewitched: Listen Here!!! I know I said only active modern bands, but I love this song and video so much I had to post it. DOOOM STOOOMMMPPP

And here passing 1500 words and well over an hour or two of music, I'll call it a day and pick this back up with part 2 tomorrow or Monday (depending on my workload) delveing into a few more sub-genres and a misc section for some stuff I dig outside the realm of metal. I really do hope one or two of you find some new music to listen to as it would give me nothing but pleasure. Peace Love and Metal!!!! 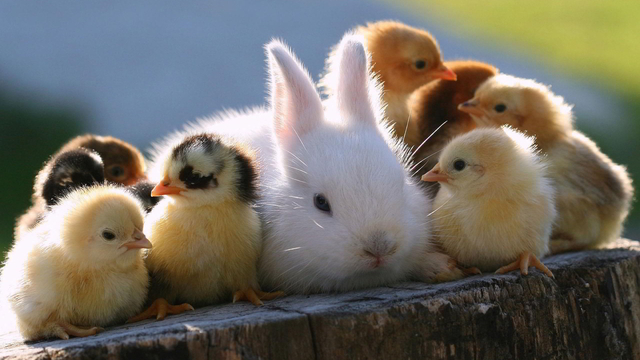