Opinion: Some items that realism could improve in shooting games

I have played a lot of video games. I have played more shooters than I care to remember. I have played PC, handheld, and browser shooters before. I have fired many guns in these games, from boring semi-automatic pistols, to bizarre and powerful exotic weapons, to weapons that violate the Geneva Conventions while giggling madly. Some of them were awesome to use, others were thrown away once they annoyed me too much, and others were simply reliable tools of death. I have also seen and used a lot of utility equipment in shooters before. Drones to observe a hostile area, shields to protect against lethal hazards, tools to hack security, even power armor that can bend time. A lot of equipment and weapons in video games are clearly unrealistic, and I am perfectly fine with that. Shields recharge from an eternal power source, pistols have infinite ammo, we can use guns that currently don't exist, we have access to devices that couldn't ever exist, medkits heal you instantly, and not throwing away ammo on a reload, to name only a few.

There are times when games just have to be realistic though, for whatever reason. If you fall from a high enough height, your character dies. You can only carry one or a few hundred rounds of ammo. You can only carry 2 guns. You must reload your guns. Your bullets or arrows drop after being fired. You can't skip this boring mission briefing you've seen a thousand times. You failed the mission because you broke stealth and killed everyone you could. Why, just why in the fantasies that are video games, why must we adhere to reality's rules or a version of them when it brings down the enjoyment of the game? Halo, why can I only carry 2 weapons, when there are so many weapons for different functions? Skyrim, why do your arrows fall so much? Dishonored, why can I only carry 30 pistol rounds at most? Crysis, why do you insist upon disposable rocket launchers? However, there are a few things that reality does better-at least in one way- than many video games. 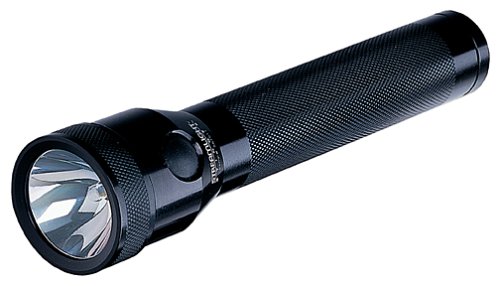 Flashlights in real life tend to be reliable, and last a long time, especially if they only need to be used a few times a month. In continuous use, a flashlight battery can last for hours on end without needing to be replaced. Real life flash lights brightly illuminate whatever they are directly pointed at and disperse their light onto a larger area. Video game flashlights are all over the place in terms of how long they last and in how much light they give off. One playthrough of a game might only last a dozen hours, and yet video game flashlights might have batteries lasting only seconds. Here a few of the ways flashlights have been presented in shooters. 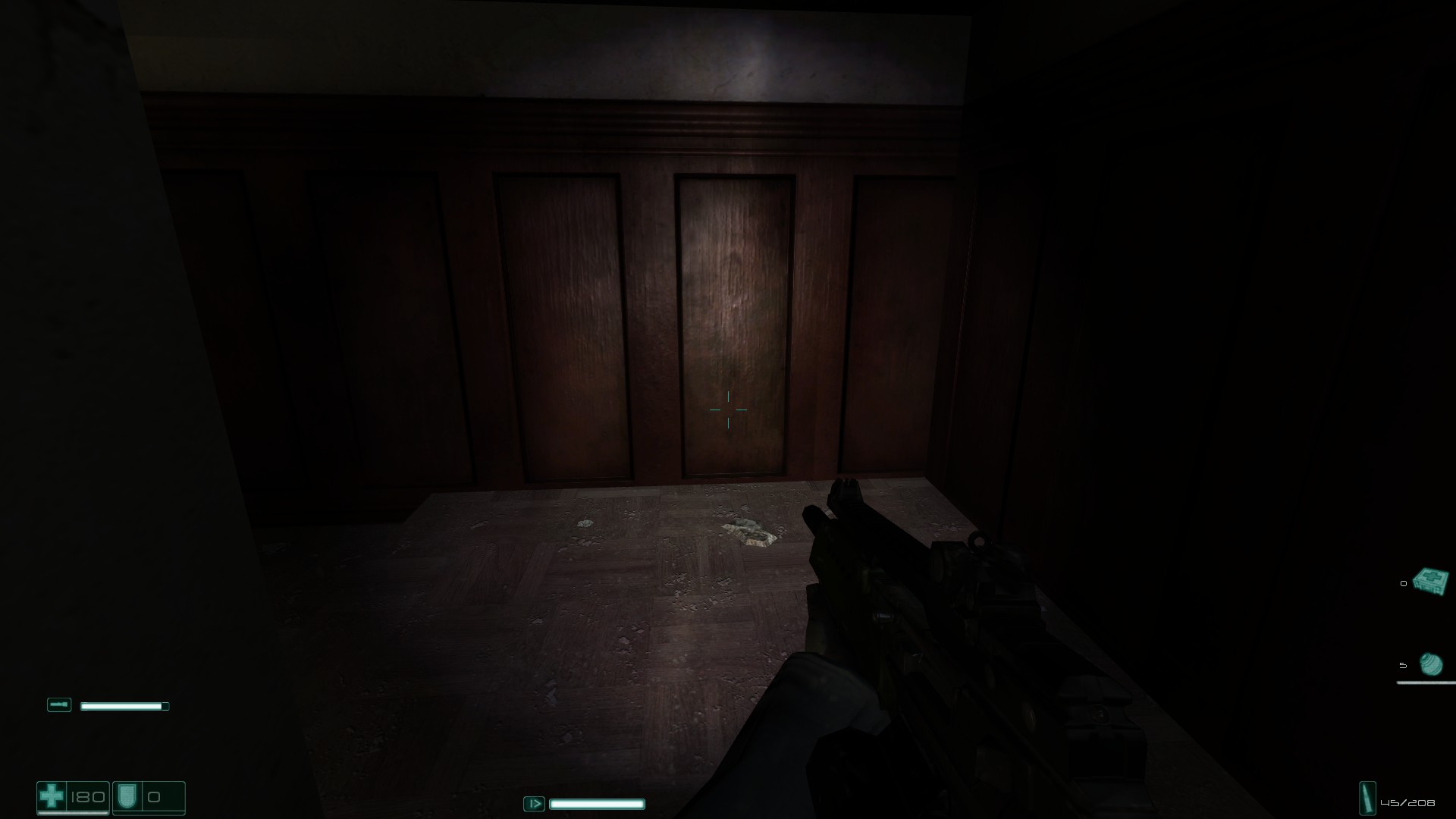 The flashlight in F.E.A.R. 1 directly lights up a rather large area quite nicely, but the battery charge only lasts around 15 seconds, with a recharge time of maybe 5 seconds. I get that this is a horror themed game, but this flashlight has a rather stupid battery that depletes so fast, that instead of building tension, it just irritates me, but at least I can activate it and still use my guns. 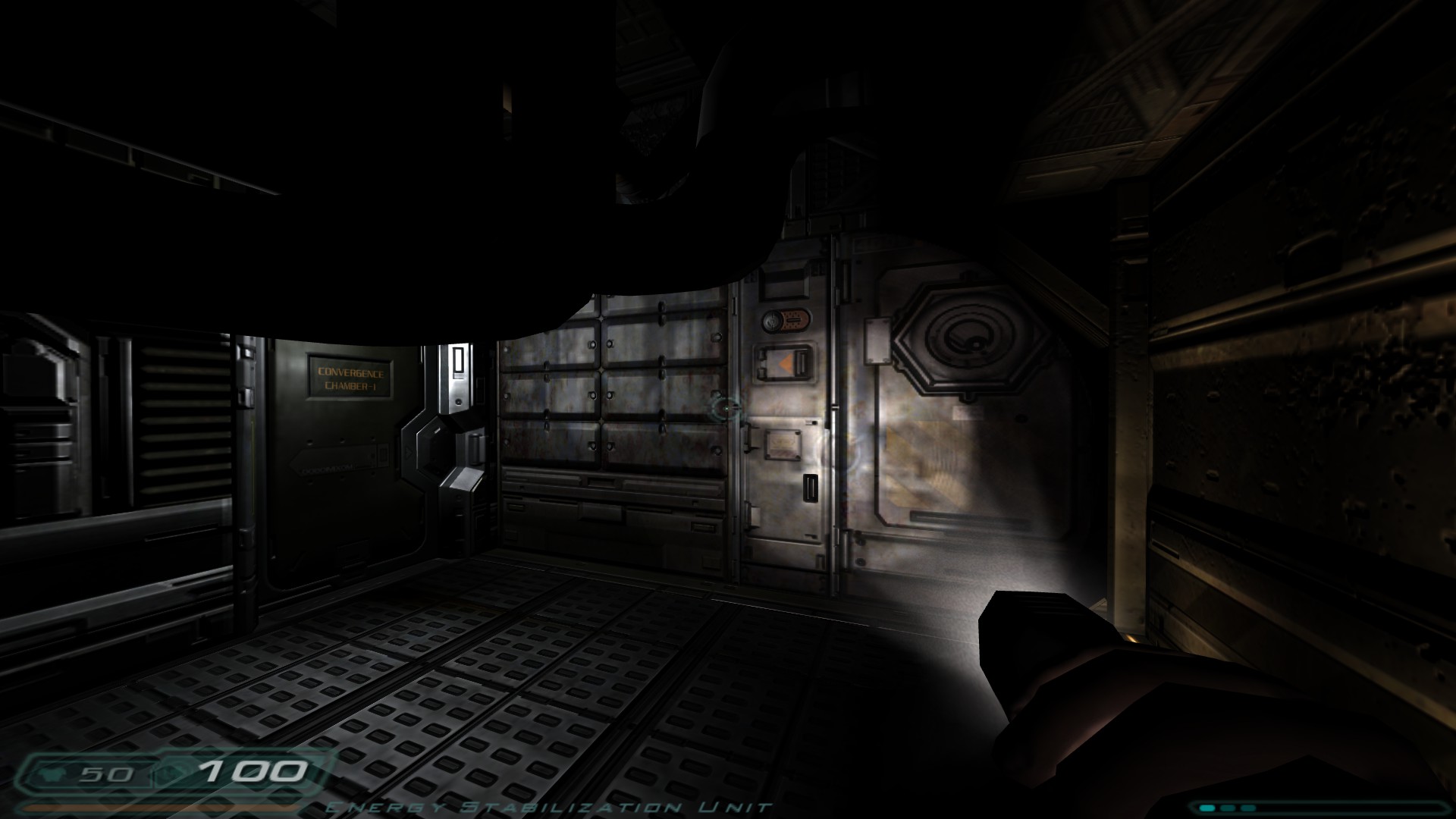 The flashlight in Doom 3 is a piece of crap. It can only light up a small area, and you either have this equipped or a gun. Doomguy couldn't just duct tape this to his shoulder or his guns because, why again? On the flipside, he can smack demons and zombies with it, so I guess there's that. To my knowledge (I haven't played this game in a long time), this flashlight's battery lasts forever. 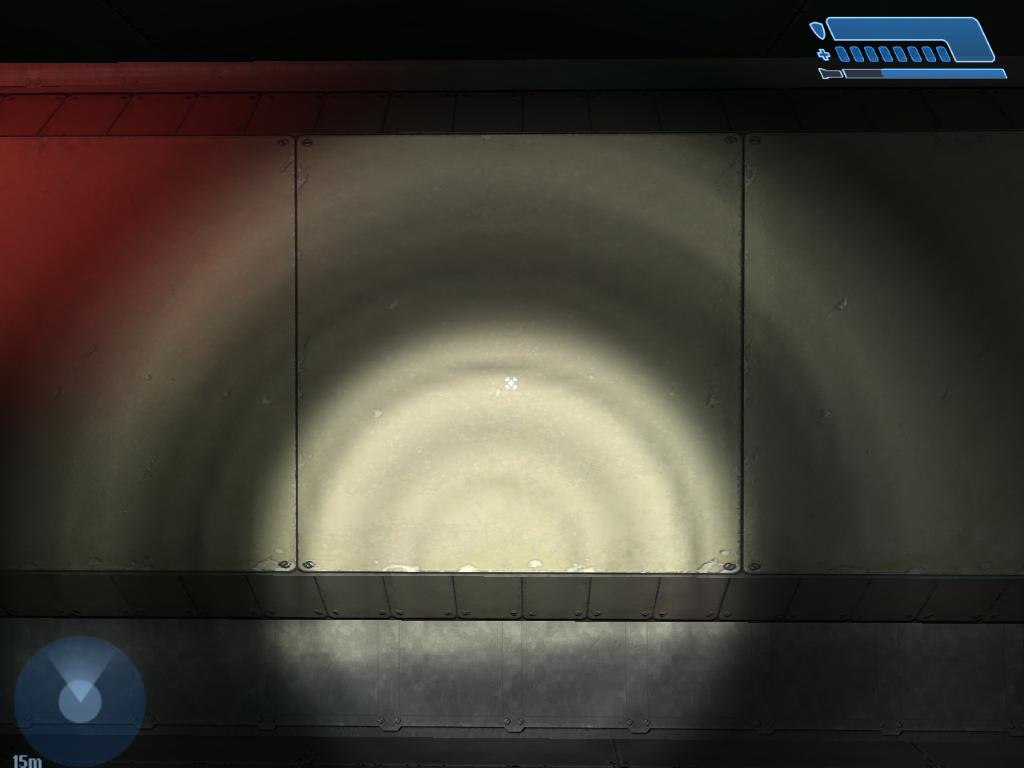 The flashlight in Halo Combat Evolved is an improvement to the F.E.A.R. 1 flashlight, featuring a slightly bigger illuminated area, a battery that can last around a minute, and can be used with any weapon. 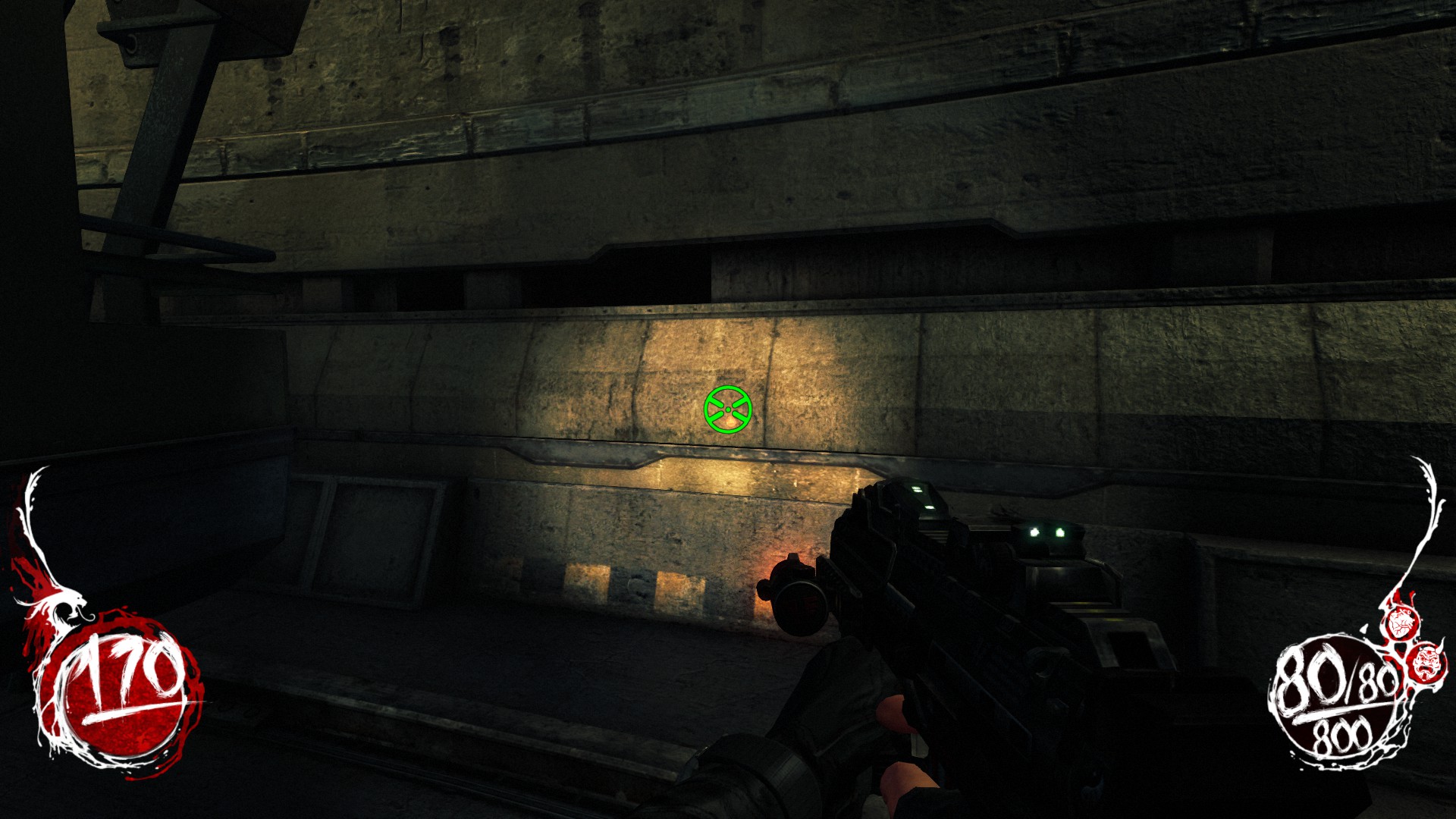 While the flashlight in Shadow Warrior (2013) lights up a smaller area than the Halo flashlight, its battery lasts forever, it can also be used with any weapon (including your melee weapon) and has an occasional flickering animation. The infinitely lasting battery of this flashlight makes it a more realistic flashlight than what F.E.A.R. offers, since the flashlight lasts through the campaign, which for the player, could be 15 or more hours in length, with the flashlight on only for a few minutes here and there.

Flashlights generally can't kill the forces of evil though, unless you can use a flashlight to smack them. However, a shotgun can kill things. In real life, shotguns (with buckshot) can have an effective lethal range in the dozens (and maybe hundred) of yards. In video games, you typically only get a few yards of pain, and then the pellets spread out too far to be effective or something to that effect. I find this to be quite egregious and very annoying. 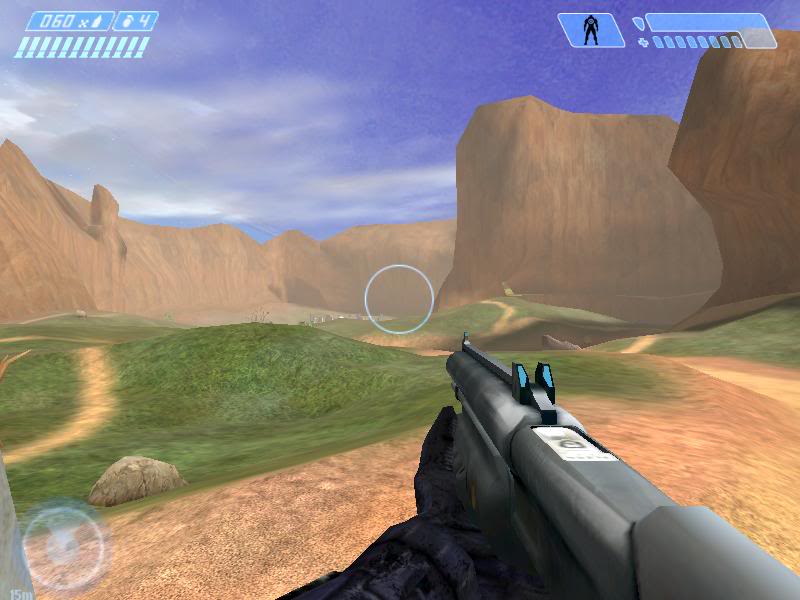 The M90 shotgun in Halo Combat Evolved has a decent rate of fire, a lot of damage, and a rather generous internal magazine. However, its range is garbage. I estimate this weapon to have a maximum range around maybe 3 to 4 yards, far below the range of a shotgun in real life. 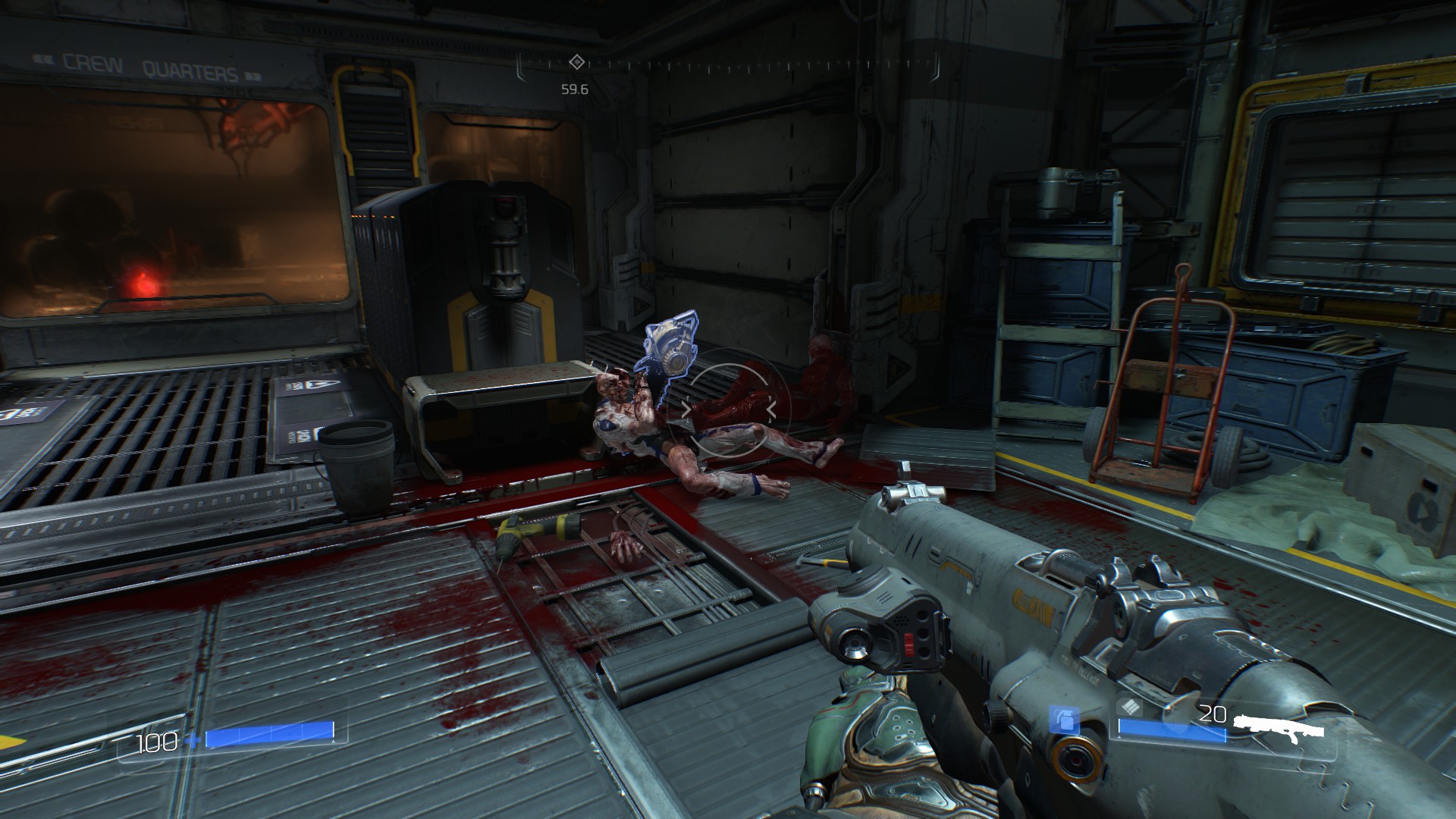 The Combat Shotgun of Doom 4 has a maximum ammo capacity of 60, an okay fire rate, 2 useful mods, and crap range. As much as I love this game, this is one gun I tended to avoid. The Combat Shotgun only has MAYBE 4 or 6 feet of killing power until the pellets are useless. Hell, even a sawed-off shotgun with buckshot in real life could have a better range than this gun. 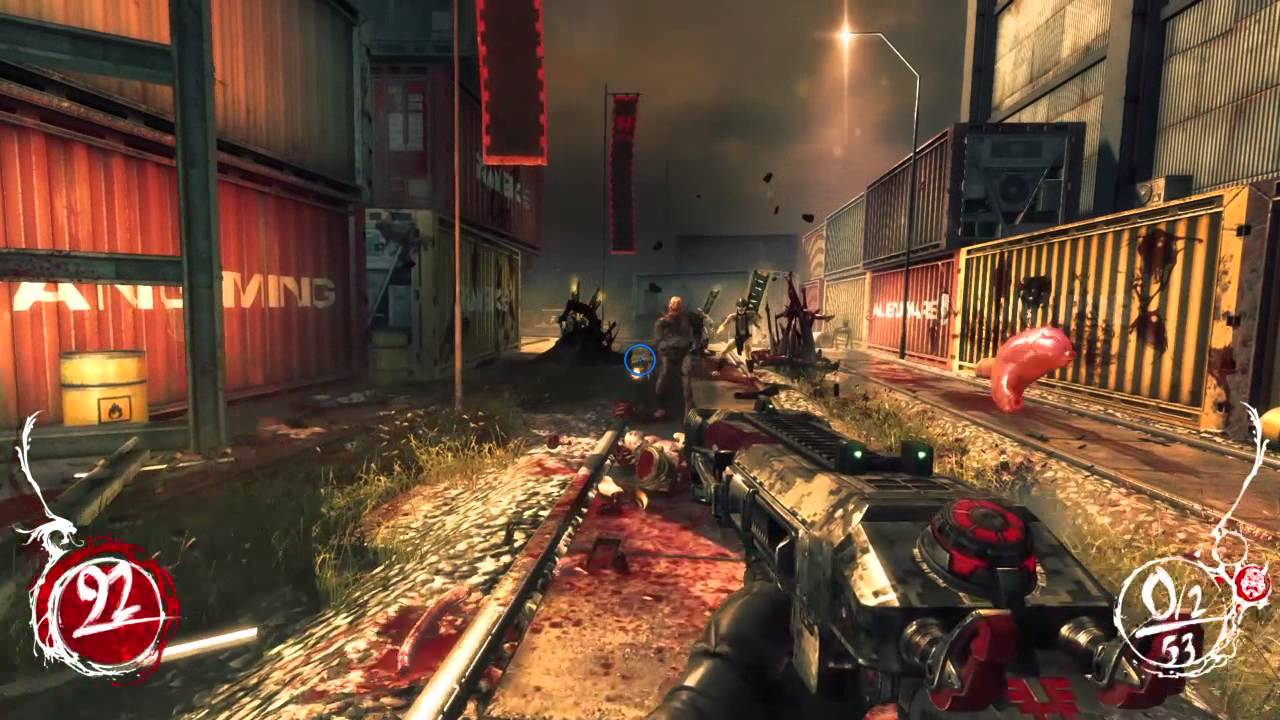 The Zilla Industries Combat Shotgun of Shadow Warrior (2013) is mediocre, at best. It starts with a 2 round capacity, can be upgraded to 4 rounds, the fire rate is pretty good, it has a mode where all 4 barrels can be fired at once, has some really good animations for firing and reloading, and maybe only a yard or few of effective range. 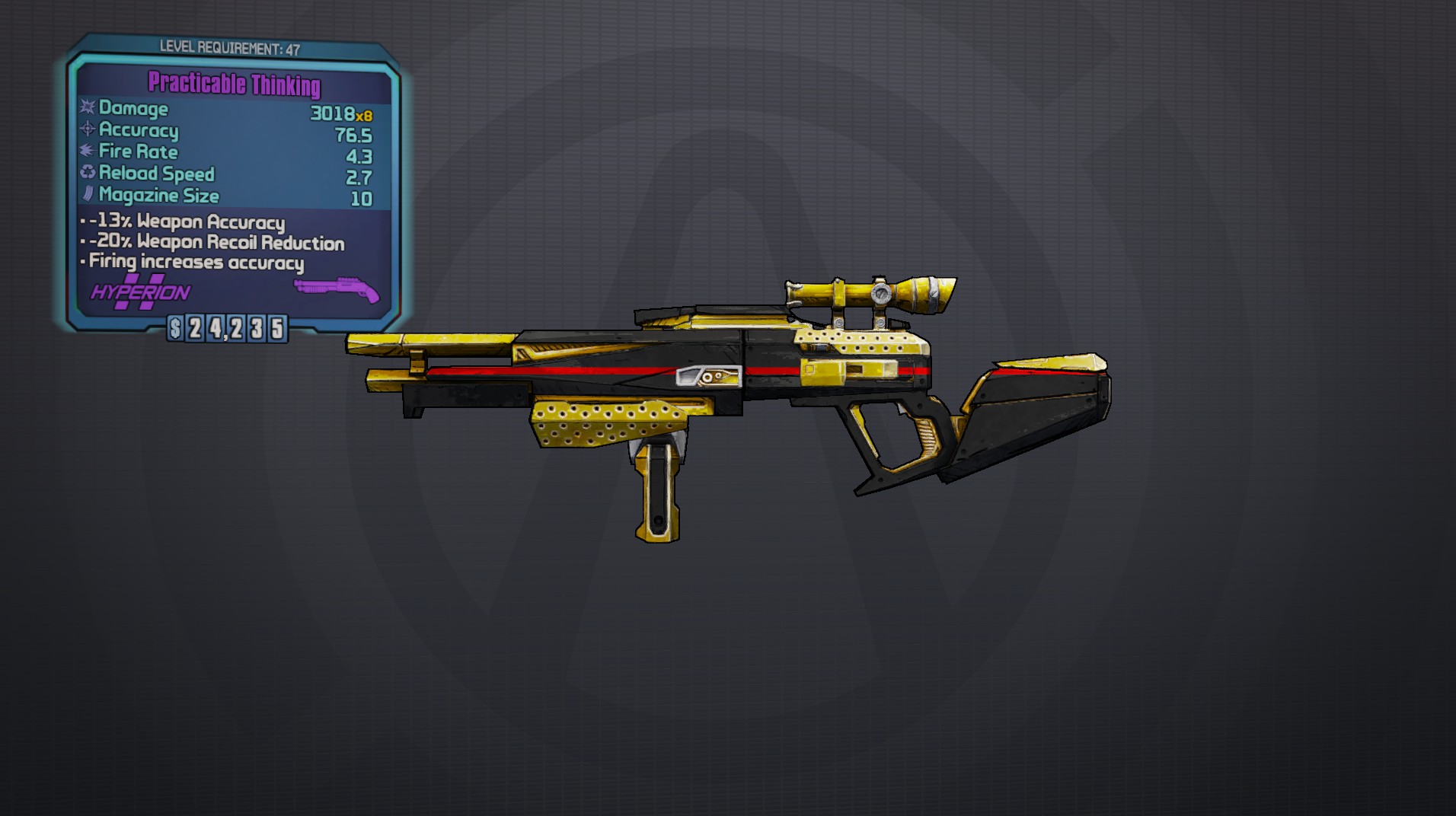 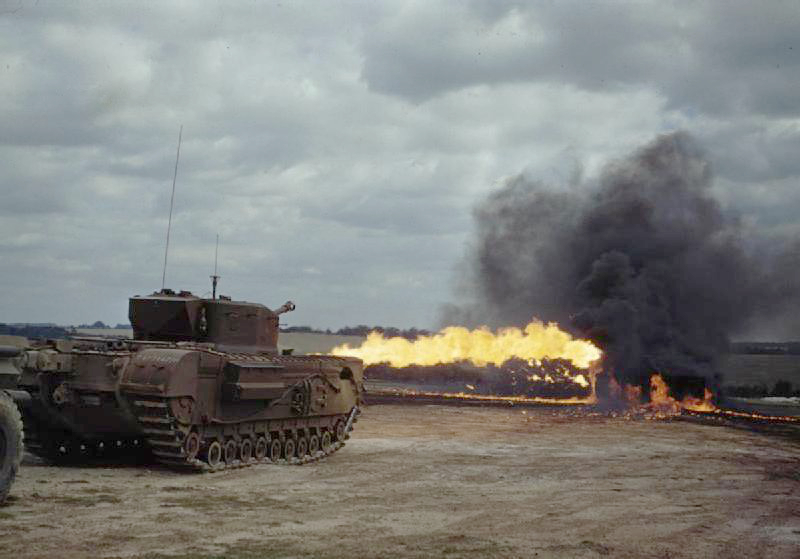 Now, shotguns can be a lot of fun. They can have a wonderful firing report and muzzle flash as they fill enemies with lead, they can have a really badass loading sound, and often look rather cool. But, wouldn't it be nice if you could just take some flammable goo, ignite it, spray it all over your victims, and giggle as they burn to death in agony? Of course you would! That is the whole point of a flamethrower. In real life, flamethrowers often use a liquid called napalm to light targets on fire. Portable flamethrowers can have a range of several yards and vehicle mounted flamethrowers (like on tanks) can have even greater range. In video games though, flamethrowers have a tendency to suck more than Kirby during lunch. Several video game flamethrowers appear to use gas instead of liquid to ignite enemies, resulting in a fraction of the range, and maybe better looking shooting animations. 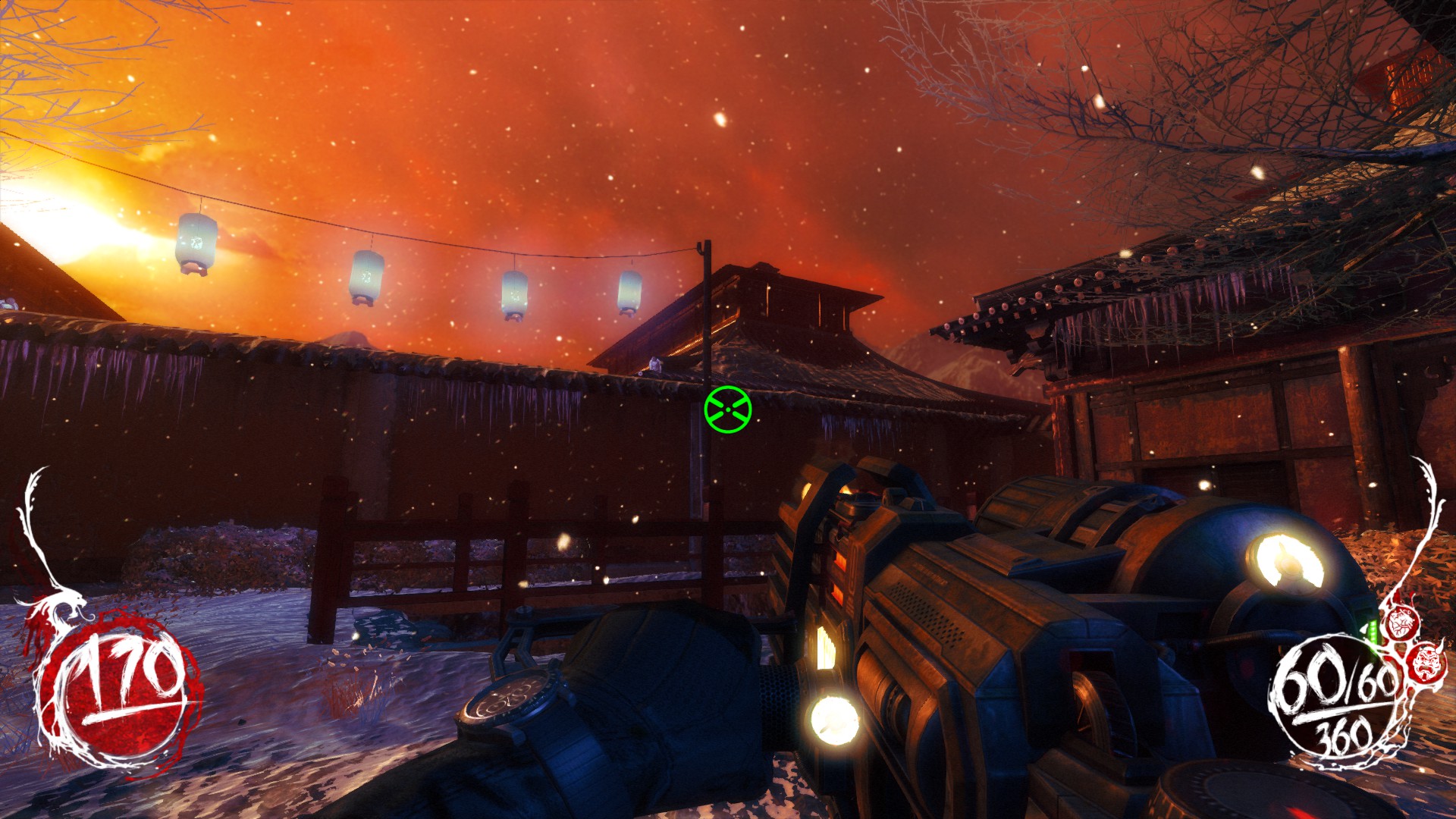 The Onibi flamethrower in Shadow Warrior (2013) [disclosure: I love this game] is fairly useless. The ammo capacity and reload speed might be rather good, but its range is absolutely pitiful. It only has 2-6 feet of effective range before the burning gas it uses dissipates. The only practical thing about this weapon is the optional fire bomb launcher. Said launcher has a rather good range, creates a big fireball, lights enemies on fire, and costs 15 fuel. Still, using the fire bomb launcher option (once you have it) is likely to be how you will use this weapon in the game. 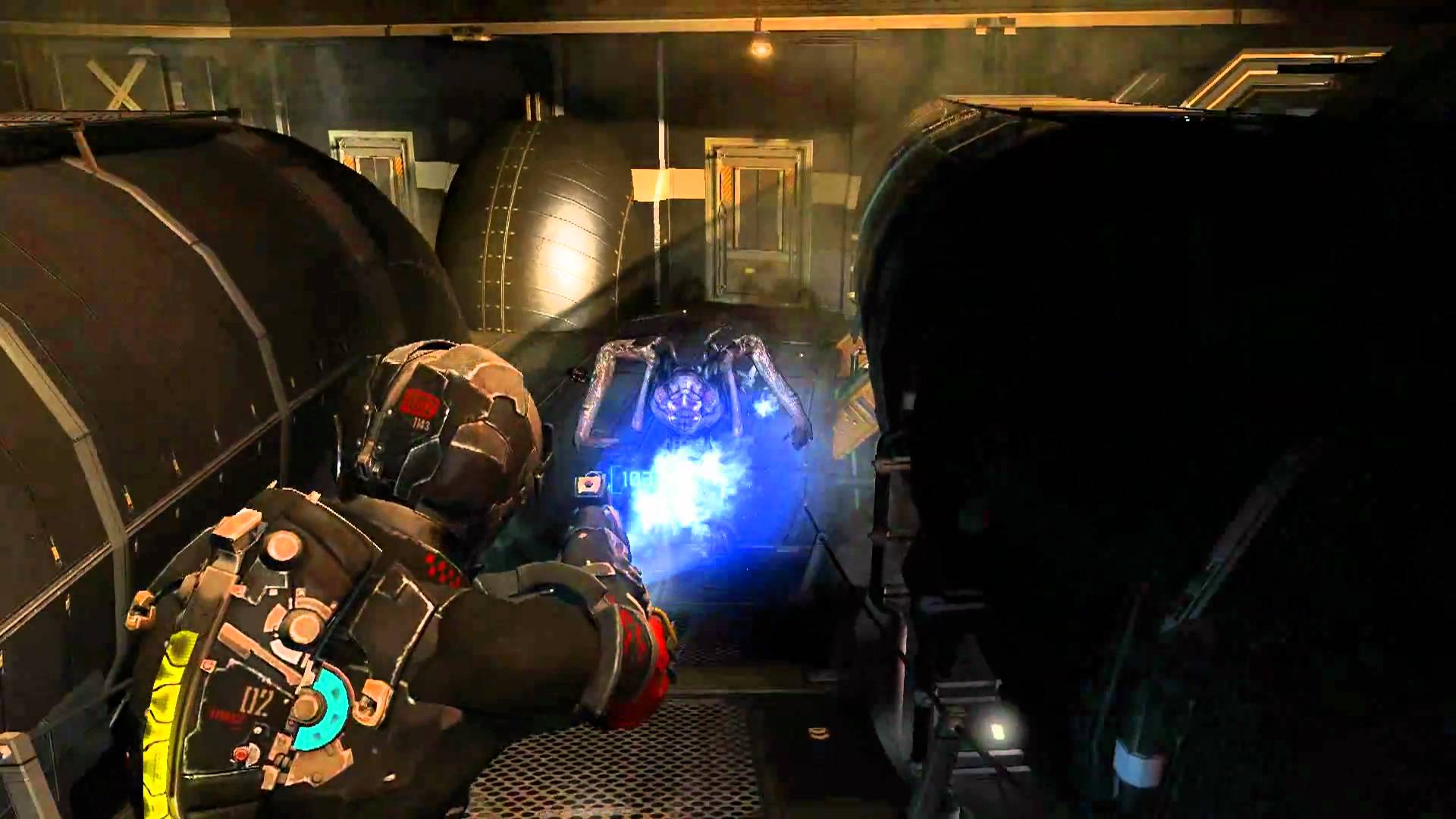 The PFM-100 Hydrazine Torch Flamethrower of Dead Space 2 is arguably the most pointless weapon in the game. The most efficient way to kill most Necromorphs is to blast their limbs off, not light them on fire. By the time that Slasher has died of severe burns, it might have taken a pip or few out of your health bar. Anyshooter, this weapon has a range of a few yards (from what I can remember), an okay reloading speed, and a maximum capacity of 175 fuel in Dead Space 2. In Dead Space 2, it is also capable of launching a bomb. 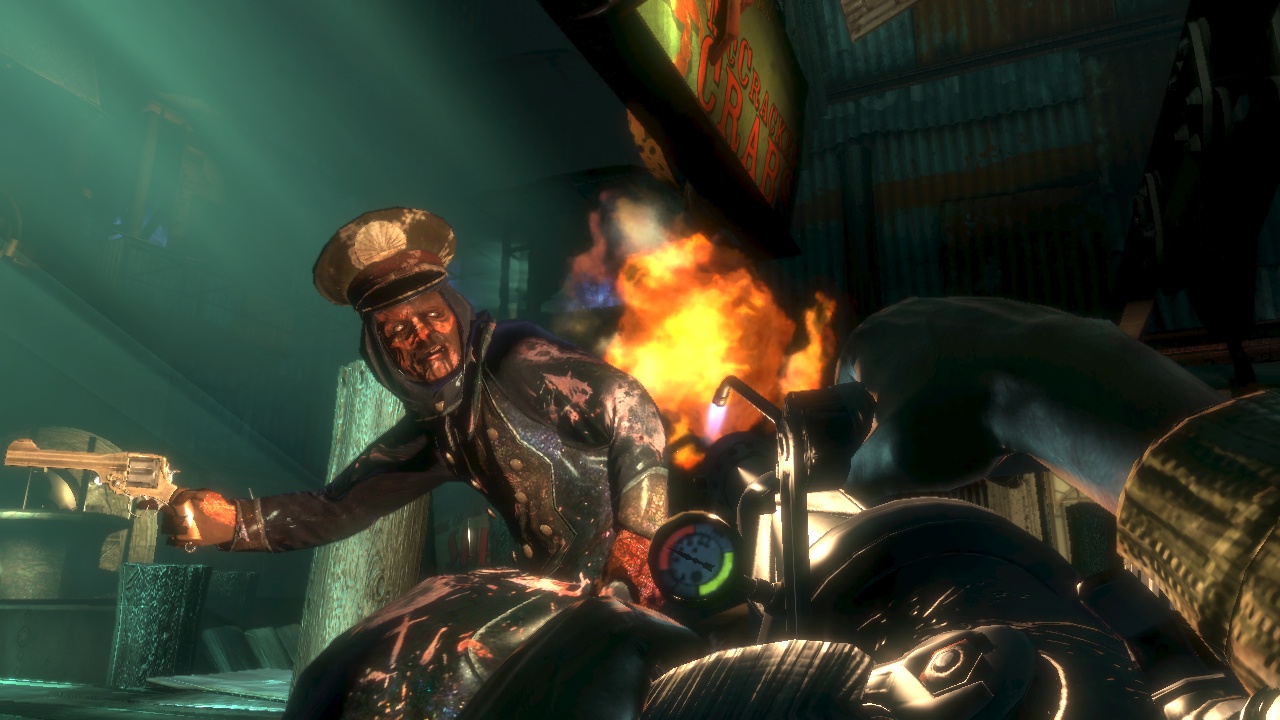 Finally, we are getting somewhere! The Chemical Thrower of Bioshock 1 has a fuel capacity of 100, a slow reload speed, and its range and fuel efficiency can be increased to let you burn enemies from several yards away for a decent amount of time before reloading. In addition to its more realistic range, this weapon can utilize 2 additional ammo types to spread even more terror.

In summary, video game flashlights can have batteries lasting only seconds, shotguns often have as much range as a Middle Ages pike, and flamethrowers might only have a few feet of range before becoming completely useless. These are some of the VERY FEW times I would prefer video games to be more realistic.

- "I reject your reality and substitute my own!", Adam Savage, Mythbusters

I am a gamer who prefers games that are more about action than story; especially shooters, action RPG's and hack-and-slashers. I often don't care that much about a video game's story, and instead focus on the weapons instead: how they sound, how they fire/attack, how they look, how they function, and how the more unusual weapons may work. Sometimes a game may be great in just about every category, but I might just ignore it for using boring conventional guns that I've shot a million times.

I am into sci-fi, supernatural, and mecha anime/TV shows/movies/games. I don't care that much about photorealism, unless it drags the gameplay down.

Over the years, I have seen a lot of stupid/unwanted things in the video game industry. Online passes for multiplayer, on-disc downloadable content, day one DLC in Mass Effect 3, pre-order bonuses for Brink, multiple versions of Evolve, collector's edition for the first Watch Dogs game, microtransactions in Dead Space 3, and more. I have also seen things that get in the way of the customer accessing the game they legally bought. SecuROM in Crysis, Games For Windows Live in Red Faction Guerilla (removed over a year ago) SecuROM AND GFWL in Bioshock 2 (both removed years ago), always online DRM in Dead Space 2, Origin in Mass Effect 3, and Denuvo anti-tamper in Doom 4 (it might not get in the way of playing the game but I still have a deep-seated hatred for it). Why does the game industry keep doing this crap? Is ticking off your customers with these draconian measures really worth a week or a few months of zero piracy?