ZombiU: A Rare Victory for the Wii U GamePad and Survival Horror 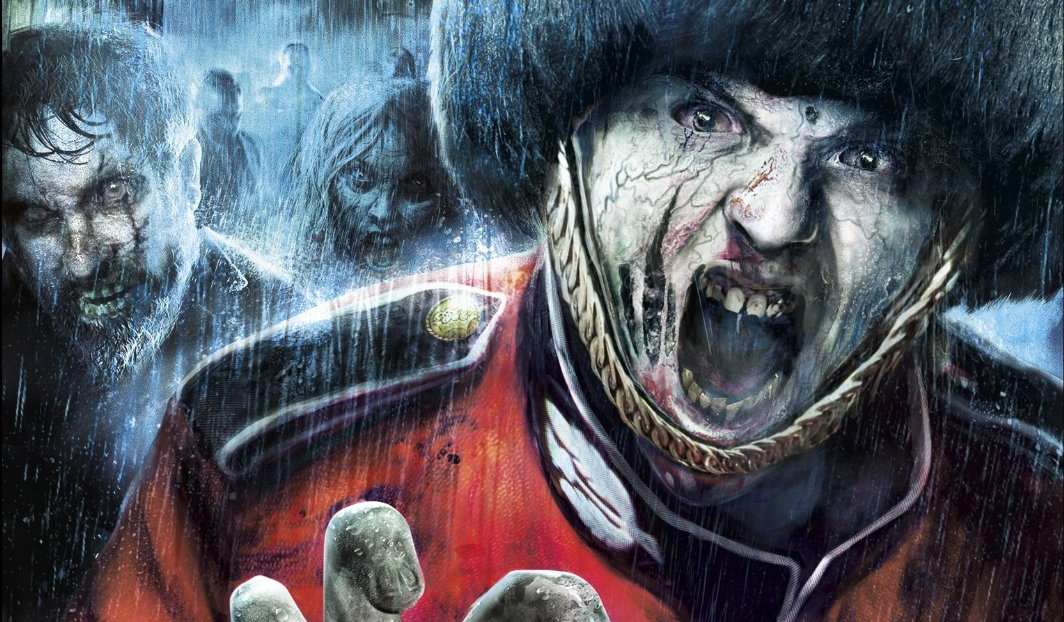 The Wii U GamePad's intended purpose, as a second screen experience for console gaming, is a failure. Aside from a few examples, Nintendo has largely floundered to find much of a reason to use the device. Because of this, I was drawn to ZombiU, a third party Wii U release that makes full use of the controller. However, I was cautiously optimistic.

Initially, I expected a more modern survival horror experience that empowers the player with a large arsenal of weapons. The genre's evolution in this direction is something I've always disliked, although it did produce many enjoyable third person shooters. Surprisingly, I found ZombiU hearkens back to more traditional entries in the survival horror genre. 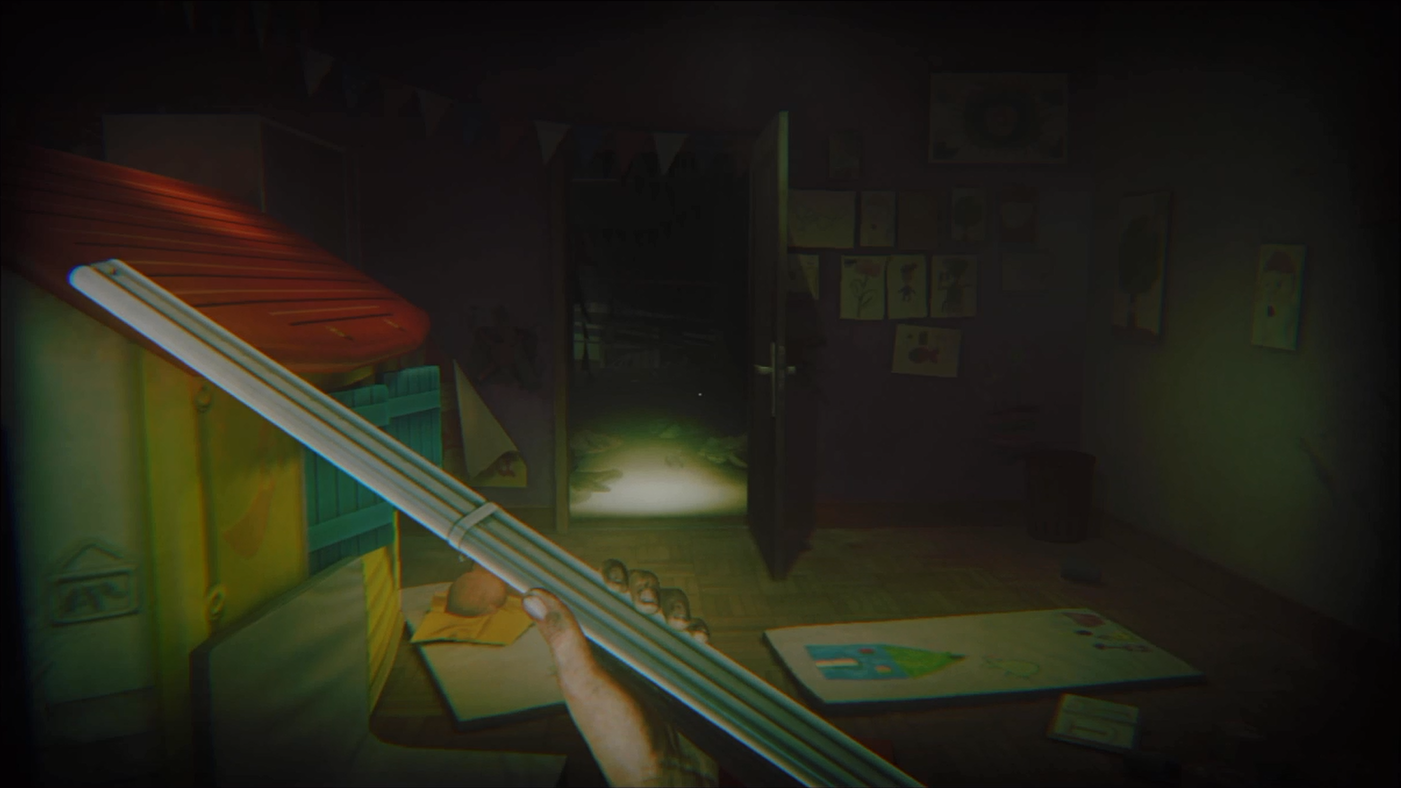 Mechanically, ZombiU is a semi-open world first person shooter that includes a wide variety of modern weaponry. The usual pistols, shotguns, machine guns, etc are all present. While ammunition isn't necessarily rare, the player has limited inventory space that restricts what they can hold. Packing a load of weapons is possible, yet hampers the player's ability to effectively scour the environment for items. The more taken from the safe house, the less supplies that can be brought back.

Carrying all the best gear at once also puts the player's arsenal at risk. Each character only has one life. If they die, the story continues with a different survivor. There's not much difference between them but upon their death they'll turn into a zombie and roam the area with their gear. The new survivor then has to hunt them down to salvage the equipment.

In reality, the player won't be using their guns most of the time. Instead of firearms being the main form of combat, they essentially act as a get out of jail free card. The inventory space provided doesn't allow for a guns blazing approach. If you've accidentally attracted a load of undead, you'll need something to defend yourself. Otherwise, you'll be whacking away with a cricket bat. It's an efficient weapon for disposing one or two enemies at a time. Yet, the most powerful tool available is the Wii U GamePad itself and radar it provides. 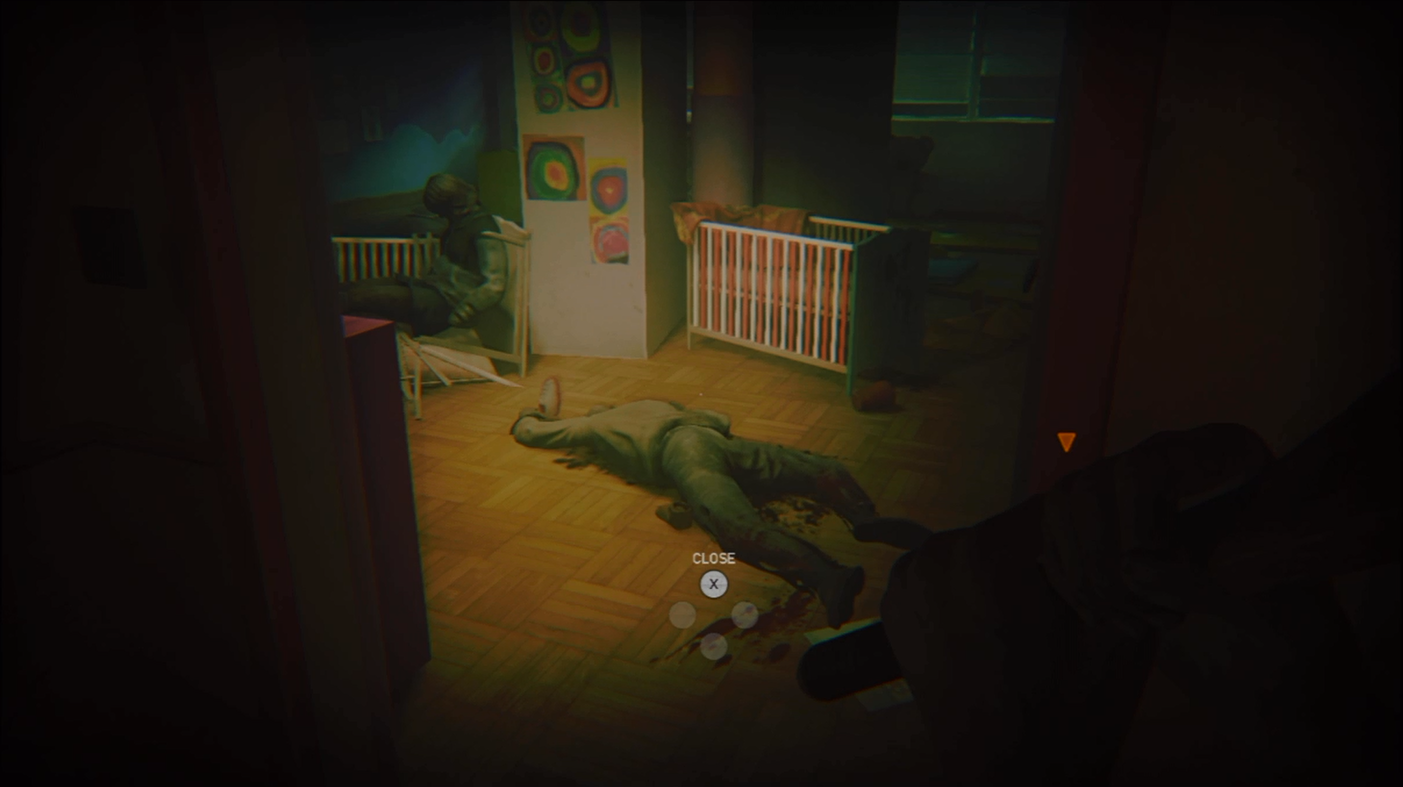 A lot of modern survival horror releases rely on the unseen. Hidden foes make for many opportunities to throw out jump scares. ZombiU has these moments, but they're kept to a minimum. Most of the time, the player has knowledge of where a zombie is potentially located.

I say “potentially” because the radar isn't necessarily a living dead detector. It's a living being detector. So frequently, animals will appear as false positives. It creates a sense of dread when the room beside you has five beeping dots. Are they undead? Rats? You likely won't know until you open that door or make a noise that will cause zombies to start rushing over. The detection is also limited to a horizontal plane. So that balcony above you may hold a surprise that's waiting to eat your face.

Unlike a map that is simply thrown on a second screen, ZombiU experiments with the fact that the player is taking their eyes off the TV. Even if there is no immediate threat, the risk associated with dying still leaves the player on edge every time they look away from their avatar. 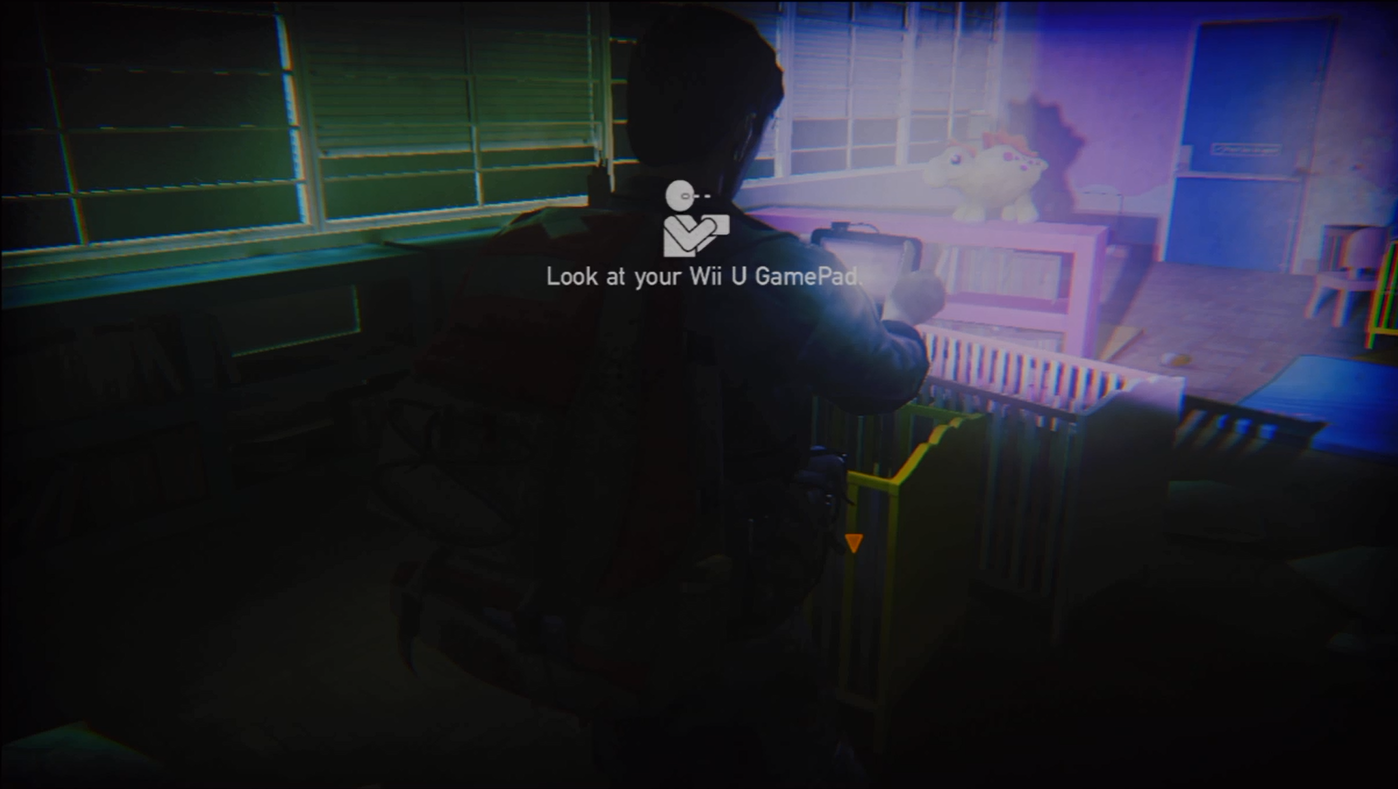 However, the GamePad is also valuable in the stickiest of situations. During combat, the radar is a great tool to see if the player is being surrounded. Glancing at it requires careful timing because zombie behaviors can change at a moment's notice. A slowly wobbling foe can suddenly lunge when the player is not looking. Though, knowing you're not about to be chomped on from behind is good info to have.

Developers overly empowering the player is a risk for most games in the genre. It needs to be possible to deal with each situation effectively, yet also challenging in a way that makes the player question the most convenient or straight forward approach.

Dead Space is, for some reason, considered a survival horror masterpiece from the seventh console generation. Within the first 30 minutes, they give you a pistol that could tear the legs off a T-Rex. I understand that the atmosphere of Dead Space meets the requirements of “2Spooky4Me” for most people. Nevertheless, mechanically the player has no reason to ever feel threatened.

ZombiU uses modern shooter mechanics although restricts aspects of it in a way that keeps the player from feeling too comfortable. You don't just turn a corner and go “oh, three zombies.” It's “oh, shit... Three zombies.” The second screen gives the player an advantage that encourages conservative tactics. 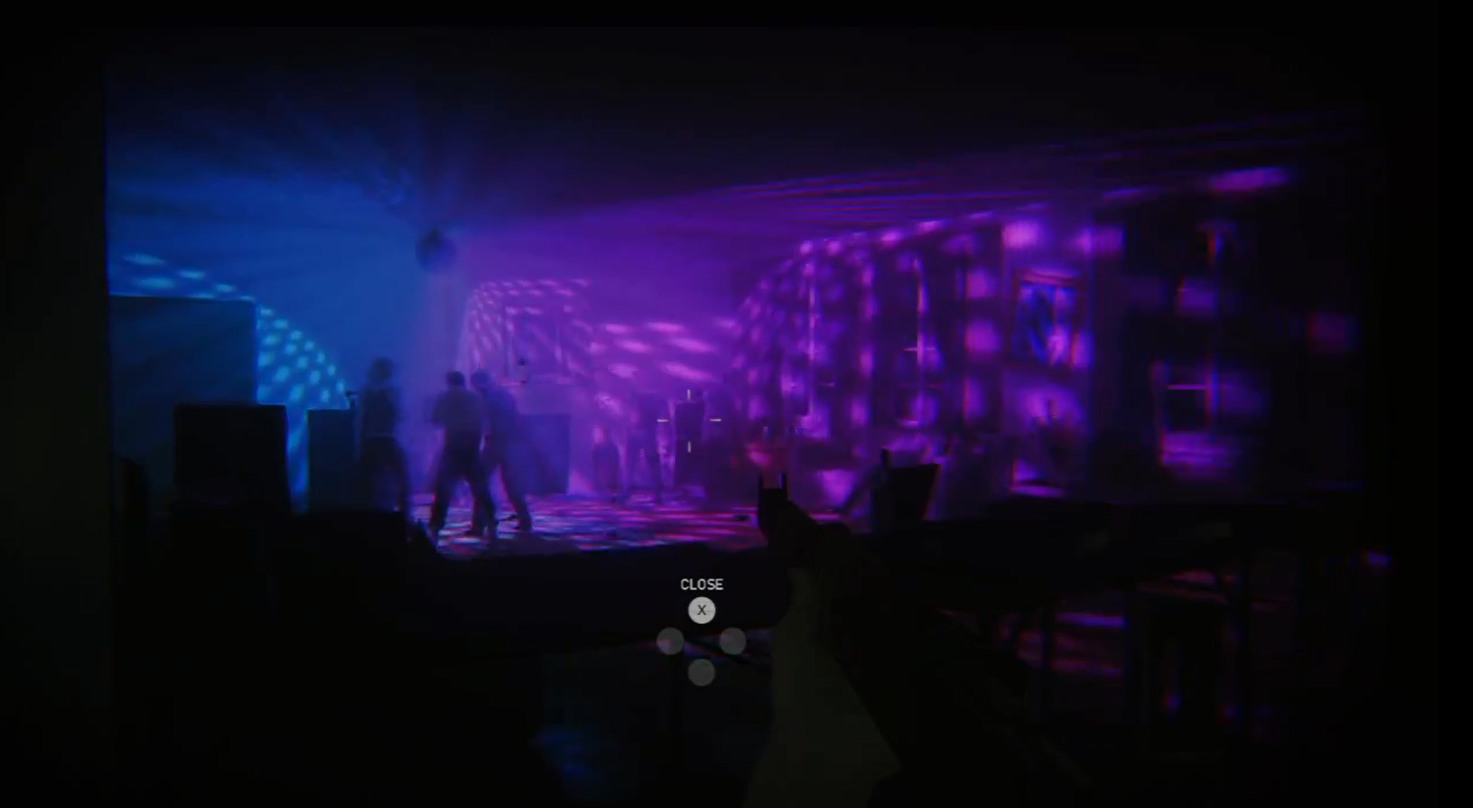 Unfortunately, sometimes the developers didn't realize what they had. The latter half of ZombiU features some action sequences that expect you to have more fire power. Unless you know ahead of time that you need to gear up, the resources available to you is too limited. Suddenly it feel like a different game with the inventory restraints of a survival horror title.

Survival horror, as a genre, and the Wii U, as a console, have struggle to find their footing. It's too late for the Wii U. Meanwhile, survival horror games still aren't consistently delivering. ZombiU is a rare success for both categories. Unfortunately, it failed where it mattered most for Ubisoft: the financials. As of 2013, it didn't make a profit. There was an attempt to salvage the franchise with a rerelease for the PS4, Xbox One as well as PC, but I think the GamePad is half the charm. It's an impressive stab at the survival horror genre that is only enhanced by the GamePad's implementation.