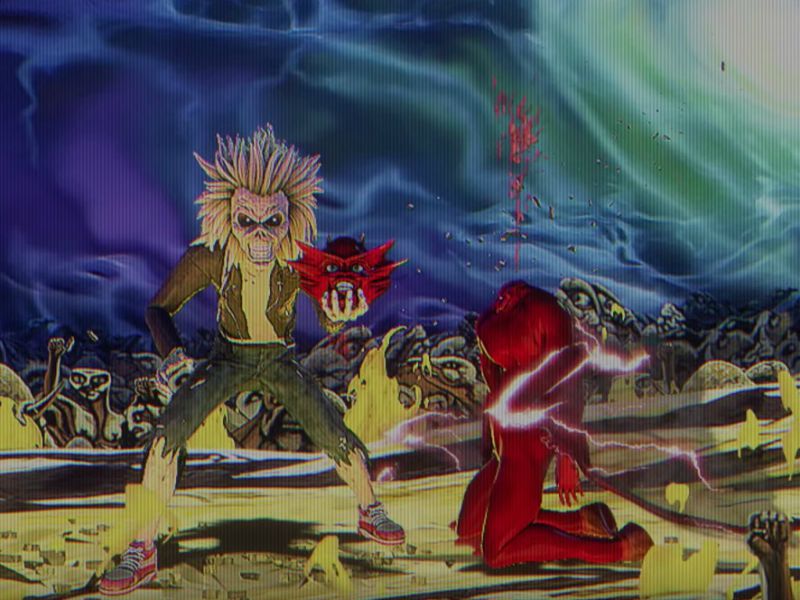 Time to do another entry into awesome occurrences of heavy metal in video games. Whether licensed, original, or whatever, if it's metal I'll be archiving their brutalness here. If you're bored as fuck and really don't have anything better to do you can check out Part 1 here. I'd also like to thank the always amazing D-toid community for dropping me suggestions and pointing out things I might haven't known about or forgotten. Youse guys fucking rule!!  And if you know of any cool occurrences of metal in video games, drop a comment. Drop a comment even if you just want to talk shop about metal because I love talking metal just as much as I do video games (how 'bout that new Revocation album, outstanding!). 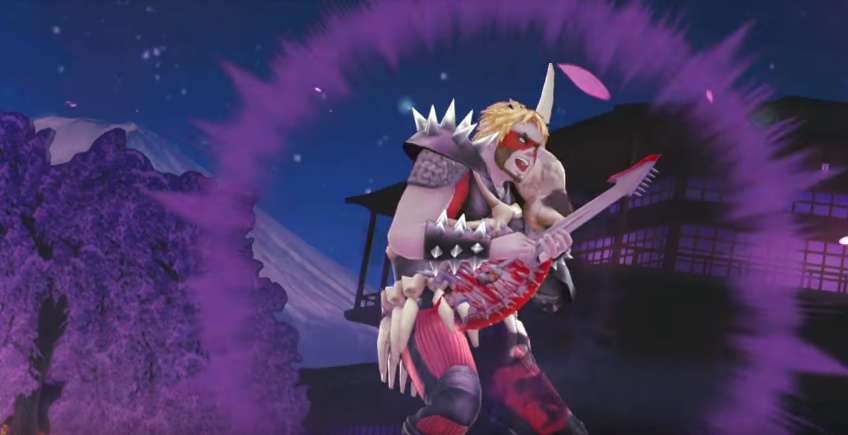 Besides being one of the best games available on the Wii U, what does the most cheerful JRPG about JPop idols fighting monsters alongside characters from Fire Emblem ever have to do with metal? Well, Mr. Barry Goodman, the kids musical trainer. He used to be the guitarist in a hugely successful American 'death metal' band called Teradeth before he moved to Japan, became obsessed with anime, and started training people on musical performance.

Any good thrash metal fan should have figured out who that sounds awfully familiar to by now (not that Teradeth gave anyting away). None other than Marty Freidman, aka the best thing that ever happened to Megadeth. Marty, always being into Japanese culture, eventually moved to Japan and became quite the star there appearing on TV shows and giving many workshops to budding guitarists. Cool, ain't it? And Barry and his wacky personality is by far my favorite character in TMS, though the drunken Maiko is a close second.

Thanks to Jasondm300 for popping this one back in my head!

Residing on the upper echelon of my favorite bands, I was stoked when I heard that Blind Guardian were to be appearing in a video game. An RPG nonetheless! While not the cream of the RPG crop, Sacred 2 was quite enjoyable with its quirky sense of humor and lush color palate. I never played it to completetion, but I sure as shit made sure I unlocked the Blind Guardian concert where they play an edited for time (the album cut is around 10 min long) version of the kick ass tune Sacred Worlds which they wrote specifically for the game.

And not shy to all things nerdy, Blind Guardian are contributing their music to an upcoming Dwarves game based off the novel of the same name. And if you've ever been to a BG concert I'm sure you sang along to The Bard's Song which is inspired by that old-school PC game The Bard's Tale. 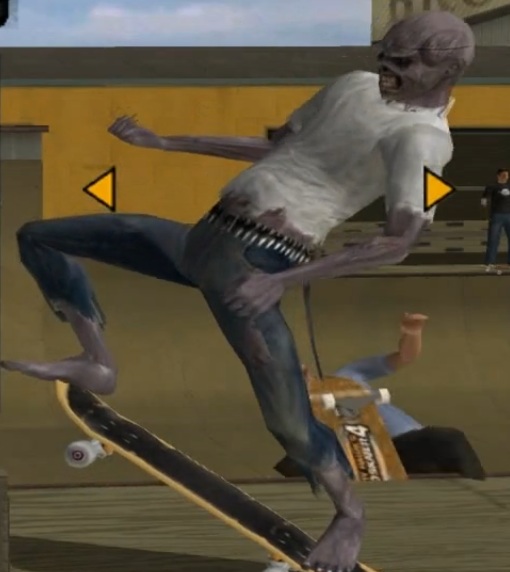 One of my two favorite band of fucking forever and always I fucking love this band OMGBBQSAUCE!!!!! (The other being Opeth) Iron Maiden are just amazing. In fact, I've been a Maiden fan since I was a kid and my neighborhood friends brother played Somewhere In Time for us back in good ol' 86. You can't imagine how stoked I was at the surprise when I unlocked Maiden's mascot Eddie the Head in THPS. This was before the internet spoiled stuff well before release so the surprise was an elation almost as high as the first time a girl let me touch her vagina. Toss in Number of the Beast on the game's soundtrack and I was in metalhead gamer nerd heaven.

Bonus round: Iron Maiden also have their own video games! The recently released Legacy of the Beast on smartphones isn't half bad and worth checking out if you're a Maiden fan. Puns galore in that one and it has a fun little turnbased RPG combat system. And then there's Ed Hunter which was packed in with a greatest hits collection..... Let's not say anything more about that one.

Brutal Legend - Everything! But that escape scene with Dragonfore in particular

Thanks to ZombZ for pushing me to not be pedestrian and include Brutal Legend in this list!!

Bring up heavy metal and video games, Brutal Legend will always be the first thing out of anyone's mouth. And rightfully so. While flawed, it's a great game that really gets metal culture and instead of playing pure parody of it, riffs on it as a great homage to the best genre of music ever. A decently versed metal fan will be chuckling at any given moment with all the cool references to metal there are in the game. Eddie Riggs, for example, is a nod to Iron Maiden's mascot Eddie and his creator and album cover mastermind Derek Riggs.

Brutal Legend also uses the licensed music perfectly really enhancing the game with it. My favorite moment is when Double Fine were able to get one of the most played out modern metal songs sound amazing again. Blasting through a crumbling city being bombarded by explosions in a suped-up heavy metal hot rod with Dragonforce's Through the Fire and Flames blaring away was one of the moments of gaming Nirvana for me.  The intense tempo of the song made the escape feel much faster than it really was and the liberal use of pink in the explosions really matched with the upbeat nature of the song. It was all very symbiotic and a perfect example of using licenced music to enhance a gaming experience.

The Witcher - Vader: Sword of the Witcher

While I have yet to play The Witcher 3 (just got a PS4 last month and I'm holding out for the GotY edition), I sure as shit played the first two and loved them. As a promo for the first game CDProjekt Red teamed up with fellow countrymen in Vader to create the song Sword of the Witcher which was released on a bonus CD which came with Polish editions of the game. As the author of The Witcher novels, Andrzej Sapkowski, CDProjekt Red, and Vader are all Polish, I think this is a wonderful way of expressing national pride. Video games, fantasy novels, and metal bringing the world together!

Shadows of the Damned - Akira Yamaoka is awesome!

Thanks to SeymourDuncan17 for making this one pop back into my head!

How Shadows of the Damned wasn't successful is beyond me. Suda 51 and Shinji Mikami teaming up to bring you a game where you traverse through a peverse version of Hell and shoot demons with your 'boner' just sounds like it would print money. Even more appalling, Akira Yamaoka (Silent Hill) did the music and wrote up a killer soundtrack for the game and people still didn't buy it. The track Take Me to Hell (Broken Dream) is a particularly kick ass gothic metal tune. Go get this game!!!!

While Slain! had a really bad launch filled with bugs and stunted gameplay, the team at Wolfbrew Games got their shit together and went through the game with a fine tooth comb and made it the glorious homage to heavy metal it was intended to be. The pixel art is beyond outstanding and at any given moment looks like a metal album cover come to life. The dialog is perfectly hammy just like power metal lyrics, and the game plays extremely well bringing to mind old-school Castlevania or Rastan and Dark Souls.  The music is also bad ass as it's non-stop balls to the wall metal written by ex-members of one of the most influential black metal bands, Celtic Frost. The main character is also named Bathoryn \m/

If you passed on Slain! at first, consider giving it another go. It really is that much better now and even more metal!

That's all for today! Peace Love and Metal!!!