Red Meat and Big Guns: Why all Guns Should Feel Powerful in FPS Games

Twitchy first person shooters are totally fun. It is a liberating feeling to feel light as a feather as you endlessly run around closed off arenas. From Unreal Tournament to Overwatch, the floaty and agile characters and fast-paced gunplay offer superhero like movement as you dispatch enemies in fast and flashy ways.

As much as I enjoy these games, there is something to be said about virtual firearms that feel heafty. The guns that take a little long than usual to aim. The ones that shake and rumble after each shot. Yes, the guns that stick out to me and the shooters that I find the most long-term enjoyment out of are the ones where guns feel heavy. The ones where each shot fired is ones that have devastating consequences upon impact.

I guess you could say that I like guns nice and meaty. I like Hungry Man FPS games.

When I think of heavy and beefy firearms, I think of games like Killzone 2. While the game was hardly the greatest shooter of all time, the gun mechanics, and movement, in general, were spot on for what that type of game should have been, a gritty, violent FPS that oozed hopelessness and despair the moment you started the game.

Everything from the assault rifle to the pistol felt heavy and showed it through slower times to aim and the slower than average firing rates of each gun. This wasn't a snap on to the enemy style of shooter we see so much of today, but rather a game where rushing in would have devastating consequences. Each gun handled like a wild beast and by assessing each situation and picking off enemies from afar, the player was rewarded with that satisfying "thud thud" of bullets that devastated enemies.

The original Medal of Honor and Frontline is another example that comes to mind. From the first entry on the Playstation to Frontline's multi-console debut, aiming was always emphasized as the factor that set it apart from other shooters on consoles. Arm shot's made enemies react and hold their arms in pain, A shot to the chest meant that Nazis were knocked off their feet. A headshot would deliver a kill that felt like it was earned, not given to you . This was all accompanied by some of the best sound design at the time that still holds up to this day. While most current shooters seem to have weapons that sound like pea shooters, Medal of Honor had guns that sounded loud and sounded scary, making every bullet leaving your gun to feel like it was about to decimate the enemy. All of this was achieved with only a Teen rating and without a single drop of blood being spilled in the game.

This brings us to what I consider the fearsome five of meaty feeling FPS titles: FEAR, Red Faction, Battlefield Bad Company 2, Soldier of Fortune and Black. 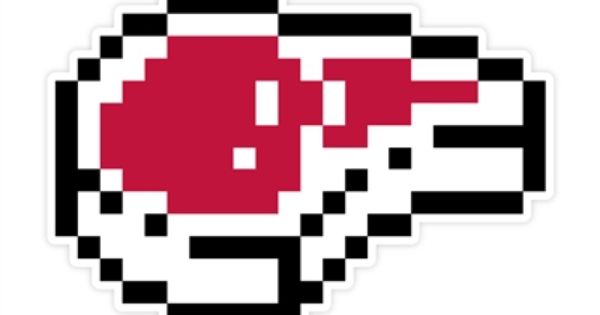 When talking about the feeling of weight and aiming in Killzone 2 or the sense of aiming and sound design, it's these four that blend all of these elements into a perfectly blended lead martini. All of these titles have guns that feel meaty, sound meaty and leave a visible and visceral impact on the environment and enemies. FEAR had us blasting apart office cubicles in glorious slow motion while dodging bullets from clone soldiers. Red Faction has us literally tearing down the walls to reach unsuspecting enemies on the other side. Bad Company 2 and Black had us taking all of this one step further by destroying whole buildings and their interiors. Soldier of Fortune was the most horrific of the bunch, letting you take these handheld forms of destruction and using it to deform enemies in horrible ways. 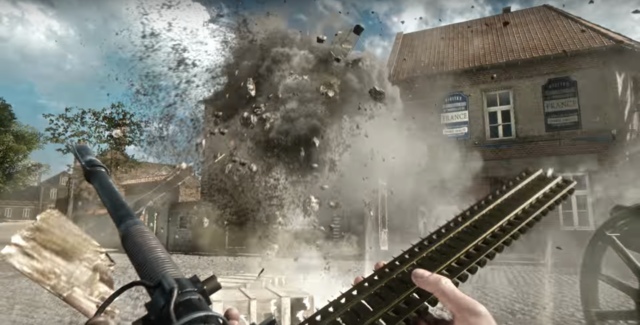 With the release of Battlefield 1 on the horizon with it's more brutal approach to old school warfare and talk about upcoming shooters like Titanfall 2 feeling slower and weapons being tweaked to feel heavier and more impactful, it has me thinking back to the shooters that I seem to remember most and as I sit and write this, ones with these memorable shooting mechanics are the ones I always seem to remember.

I spoke about something similar in a previous post, and for the most part, many of the same lines of thoughts find their way here. While I have never fired a gun before and would be the furthest from what you would call a firearms expert, I always felt that firing a gun should be a loud, scary experience. You are literally wielding an instrument designed for one purpose: to end someone's life and for something that life altering and that powerful; it should be visceral, it should feel powerful and it should be scary.

Here's hoping, EA (cynicism notwithstanding), that DICE and Respawn can deliver shooters that feel this way. It's time to feel like a force of destruction again.

"Now I am become death, the destroyer of worlds."

PS: I apologize in advance if this post makes me sound like some kind of closet psychopath. In reality, I am a quiet person who enjoys drinking lemon grass tea and listening to Enya.