Just last Friday, I made my debut as a DToid staff member with my review of [email protected]. I found it to be rather mediocre, but at least acknowledged the game was well made. I, sadly, did not finish the game before posting the review, but I stood with conviction in my verdict.

Not one to let stones be unturned, I plugged away at reaching the finale to see if my opinion on [email protected] would change; overall, I’d say no. In a few ways, yes, but not for the better. 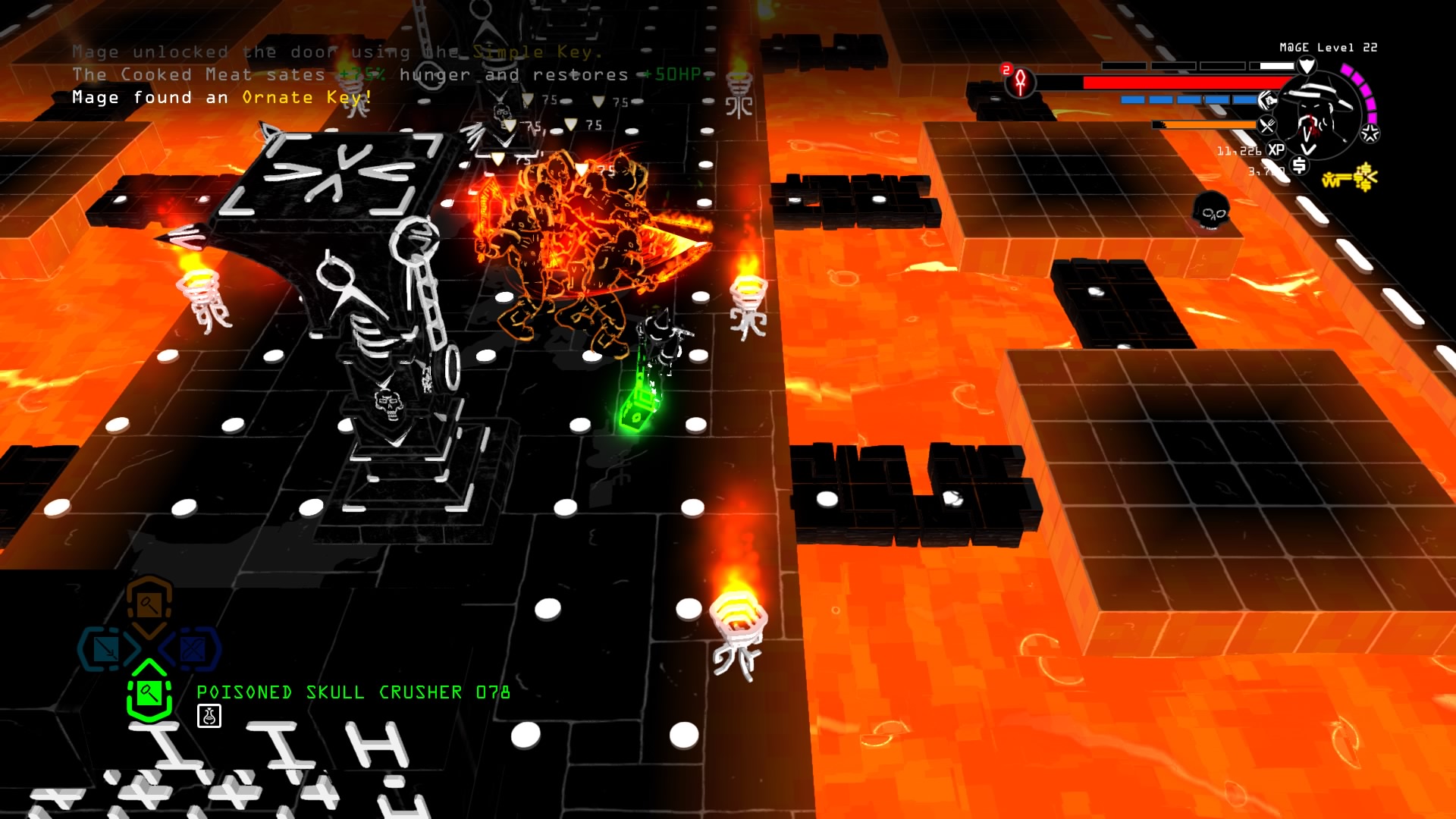 The biggest issue with [email protected] is that the camera is just too finicky. Since the game deals with permadeath, failing to make it across a gap results in an instant game over. It feels cheap and out of the players hands when that happens.

Another problem comes from the randomly generated dungeons. Since there aren’t any pre-determined setpiece moments, a lot of the game just blends together. If you speedrun through (skipping all the upgrades, enemies and collectibles), you could finish the game in an hour, but most people won’t be able to do that.

The combat is too simplistic to remain fun for long. The enemies start ramping up in hit points and your weapons fail to get any stronger, unless you’re lucky enough to have the game grant you a tome for a stronger weapon.

You can, eventually, unlock talismans that grant you small buffs, but even that is dependent on the randomizer. Having so many options out of your control just makes for a really frustrating experience. 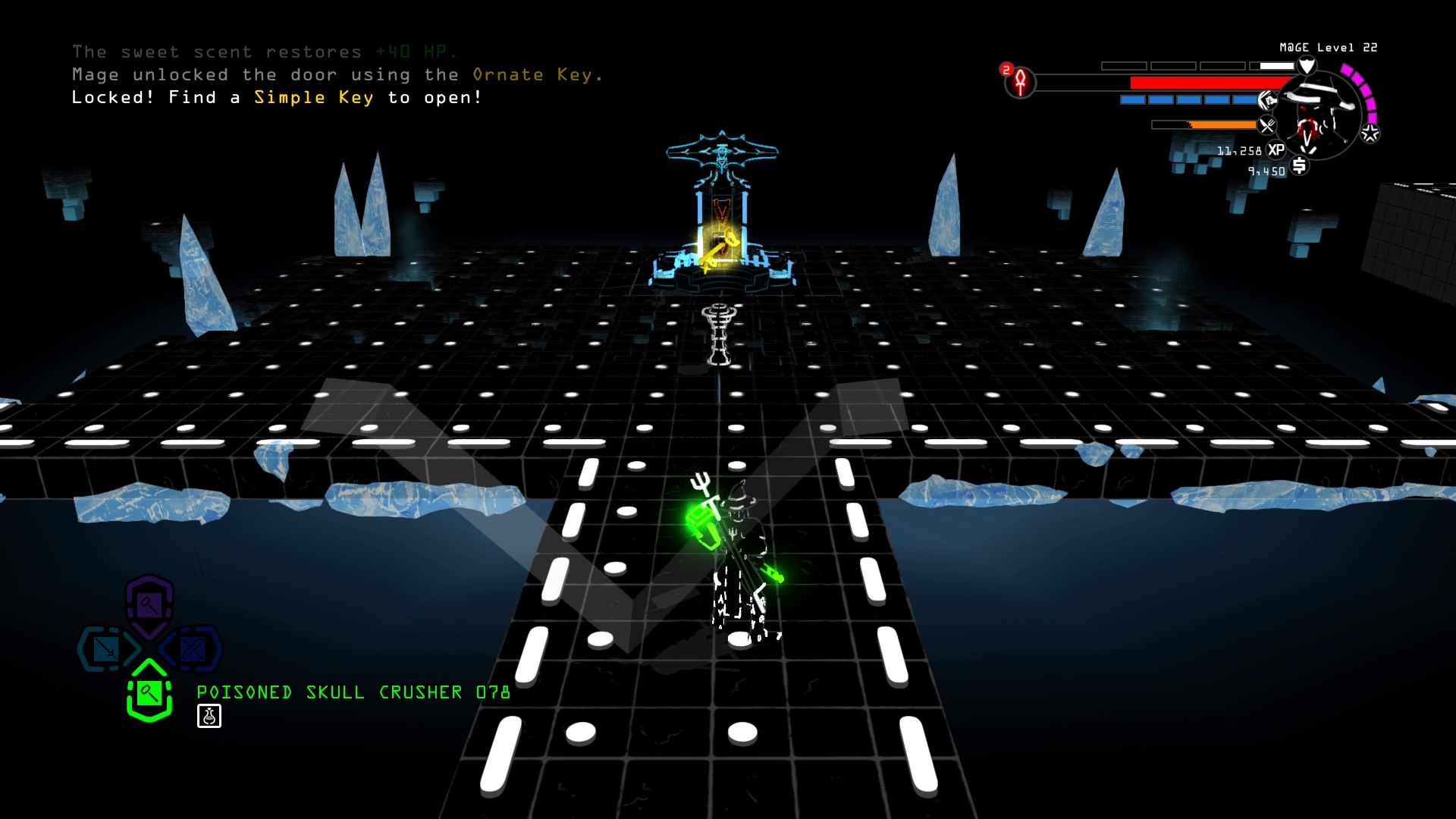 I’d be more forgiving if the game had occasional boss battles, but the only such moment occurs on the final floor. When I, eventually, got there, I was a little thrilled. It was finally something different in the game.

Sadly, the joy ended almost immediately upon tackling the boss. He’s pretty easily disposed, but monotony sets in and the game falls into a groove that isn’t very much fun.

You enter a small room with the boss sitting on a perch. He summons a wave of monsters which you then need to dispose of. After that, you collect an ASCII letter (in this case, a special V) and repeat the process.

Once the two waves are down, you can lower a crossbow that then shoots off one of the three heads on the boss. He then destroys the crossbow and flies off. Now you have to repeat that process two more times. 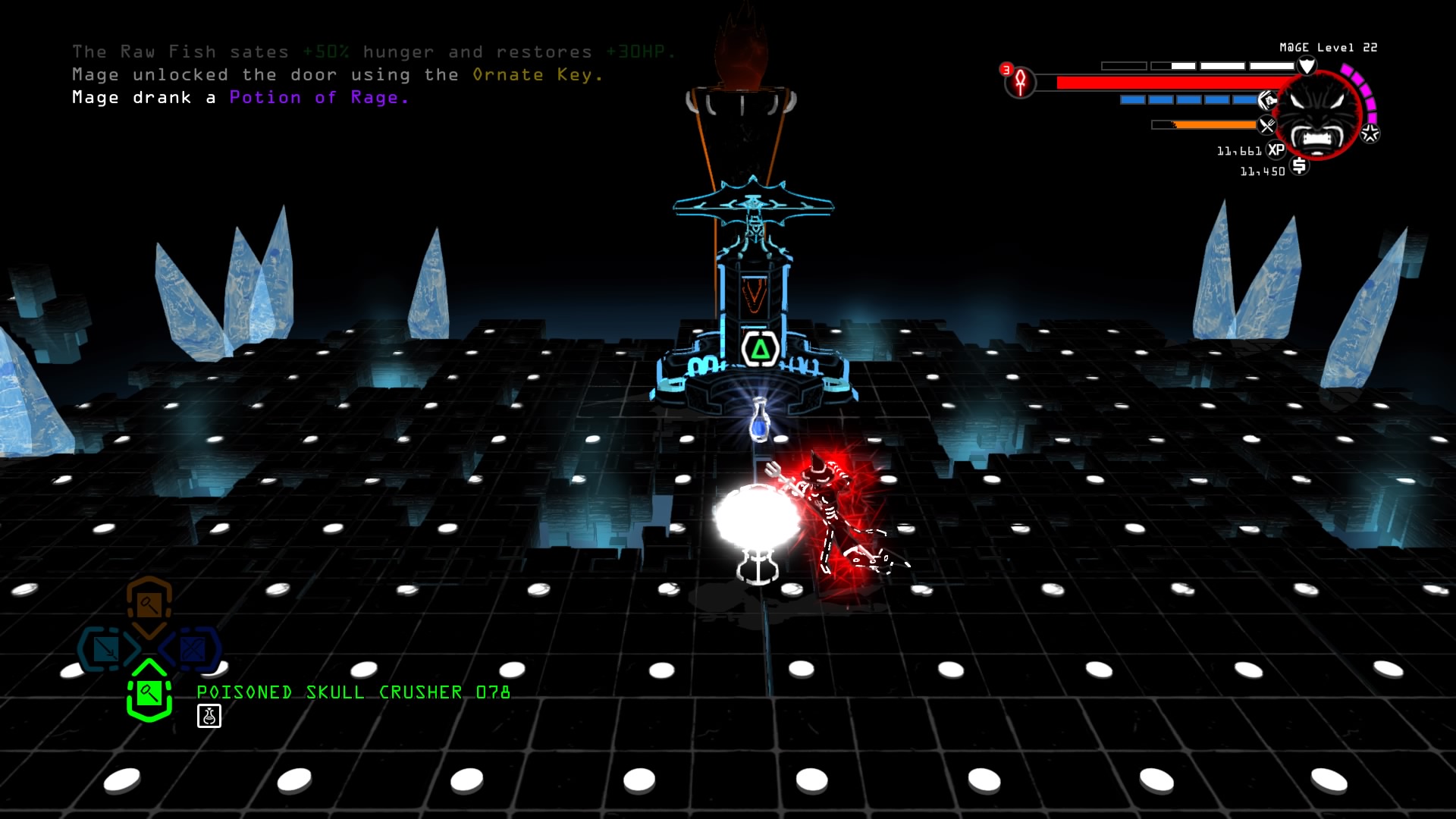 Or stand like an idiot because your inventory is full and you can't pick up the damn item to initiate the wave!

I’m fine with the game encouraging more exploration, but why does it take 26 floors to finally have this happen? Why weren’t there more boss battles peppered throughout the game? Having one every five floors may be a bit excessive, but every 10 wouldn’t be so bad.

For that matter, why is 26 the floor limit? Why wasn’t more care put into distinguishing the level design? I know something like The Binding of Isaac is based around randomly generated floors, but the pool that Isaac draws from to create levels is pretty varied. [email protected]’s is not.

Sometimes you can get four levels in a row that all have the same beats. A poisoned floor, bottomless pits and locked chambers that require you to destroy a wave of enemies; it’s just boring after an hour or two. 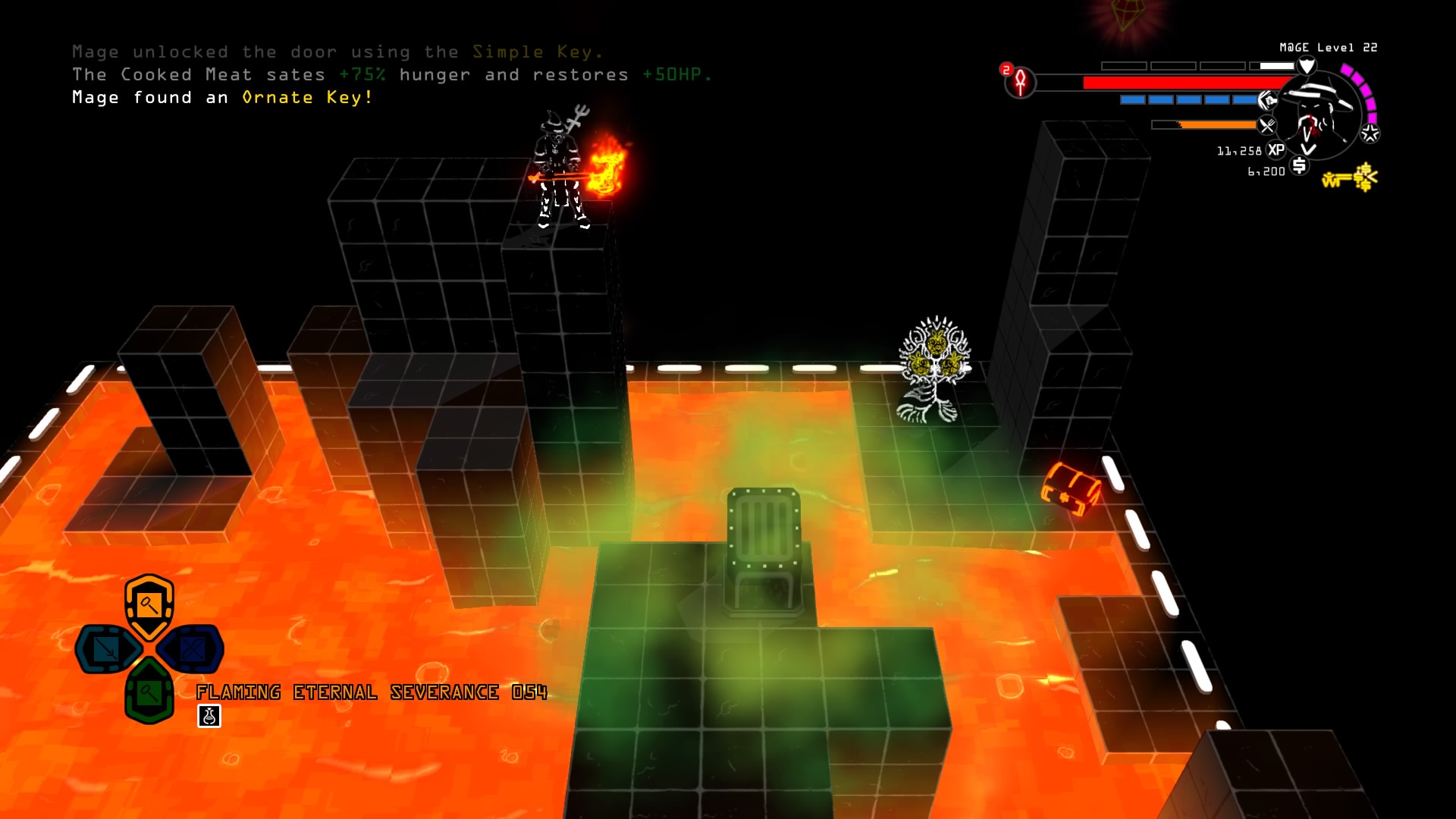 As a matter of fact, I almost feel like giving the game a five is being generous. Sure, everything works, but it’s so devoid of creativity that it almost feels insulting. Why would you spend $15 on a game that couldn’t be assed to create fully developed levels?

Again, the concept is sound. I don’t mind tinkering around with core mechanics that can change up on each playthrough, but those mechanics need to be very solid. When combat devolves into just mashing Square and jumping away, your game has failed.

I’m sure [email protected] has fans out there, but I don’t see what they do. The art style is the most realized thing in the entire package; everything else feels like half measures thrown in a big pot and set on low heat.

Still, I did actually finish the game. I won’t let something defeat me. I can’t say the same for others. That’s why I won’t change my original review score. Everything I originally said still stands. 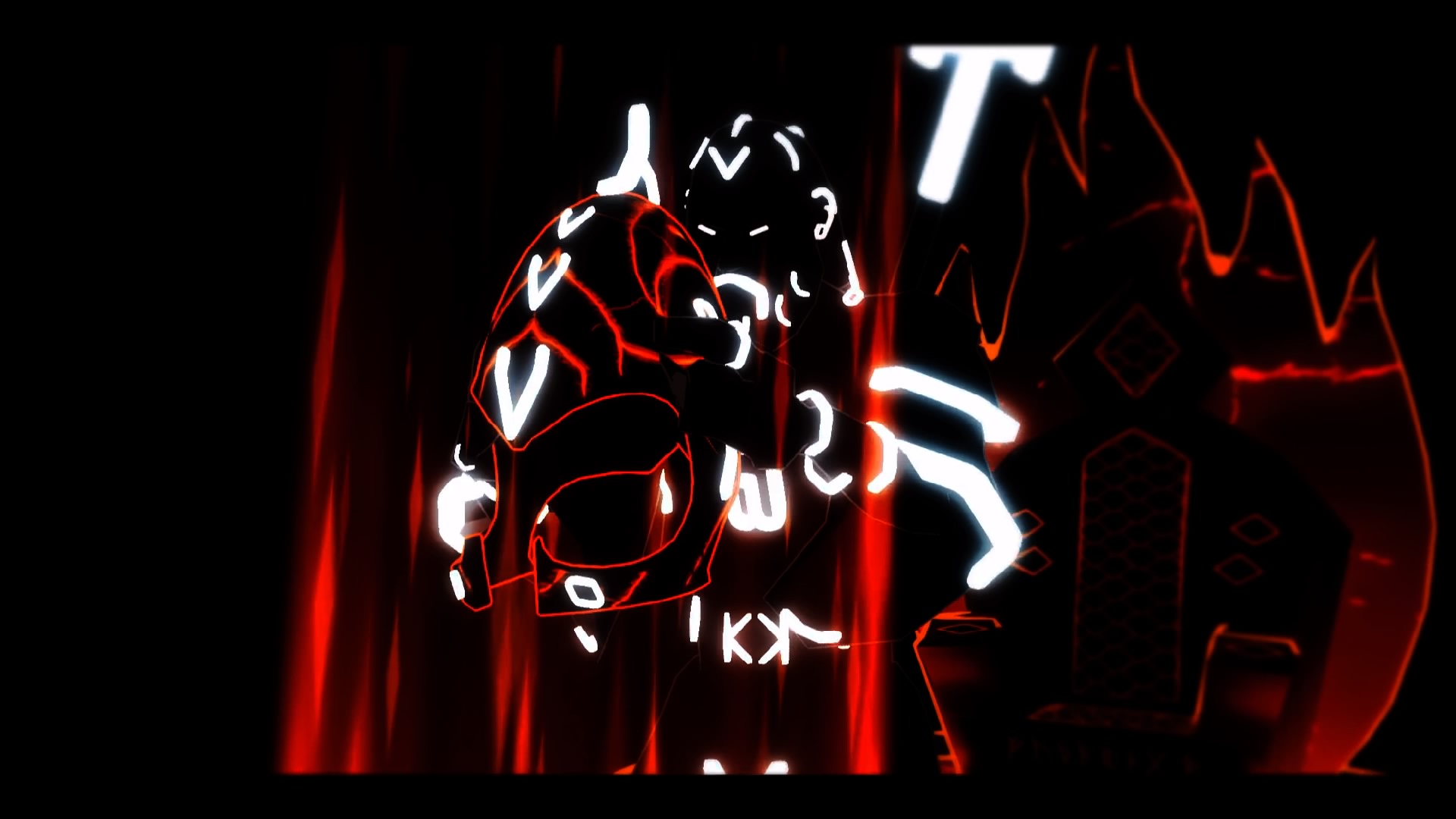 Without abusing save game backups, most people are not going to finish [email protected]. I guess the game lives up to it’s name, but it could do with a lot more polish.