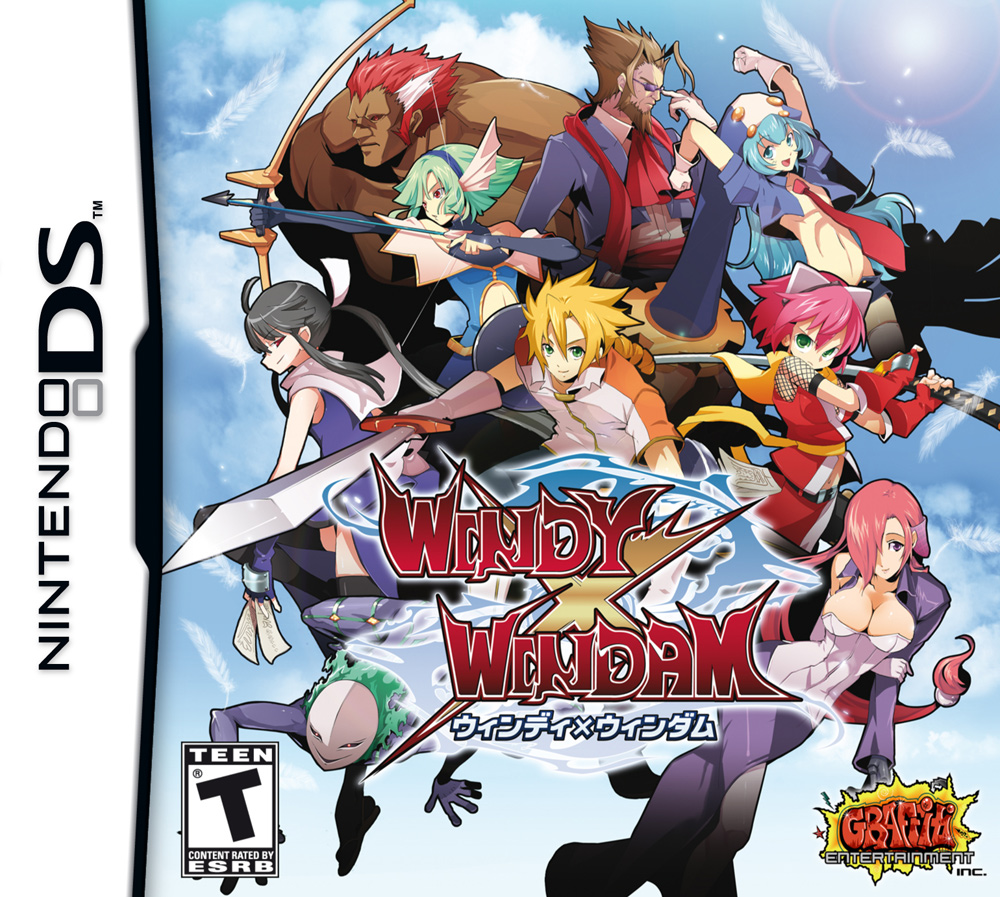 The Wii and DS have huge libraries. With over 100 million hardware units sold for each, plenty of publishers and developers were pumping out titles in an attempt to grab even a fraction of the market. I was almost solely focused on these platforms during their life spans, but still some games slipped through my cracks.

I never even knew Windy X Windam existed until I found it in a bargain bin the other day. It's a fighting game loosely connected with Izuna: Legend of the Unemployed Ninja series. While Izuna tickles the fancy of dungeon crawling fans, Windy X Windam aims to create a 2D fighting game that makes full use of the vertical screen space the DS has to offer. It's a natural direction to go when developing for the platform. Earlier in the system's life, other titles like Guilty Gear: Dust Strikers attempted to make use of this space as well. However, I have no knowledge of any fighting game that succeeded in this regard. Windy x Windam's is no exception. 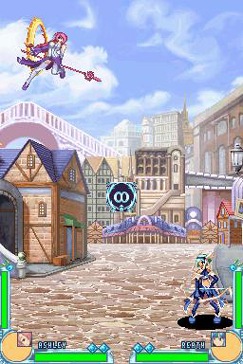 If you told me the developers forgot the top screen was even an aspect of their game, I'd believe you. While the player may accidentally get knocked onto the top screen, there's nothing up there to do. You fall back down to the bottom screen and continue to battle it out. In the four hours it took me to 100 percent the Windy X Windam, I ended up on the top screen maybe two or three times for less than a second.

So... the gimmick of the game is completely non-existant. What about what's most important? Is the core of the game good?

Barebones is probably the best way to describe Windy X Windam and I don't mean that in just the content sense either. There's diverse cast of characters, yet each feel like they're a rough draft of what they should have become. They all have their own movesets, although the implementation has no real thought put behind how these skills are used against opponents.

Frequently, specials will do damage that amounts to the same as a couple of punches, while others are so powerful there's little reason to use anything else. Some have no apparent use either. A good example are moves angled to hit characters on the top screen but, again, there's no reason for anyone to be on the top screen. 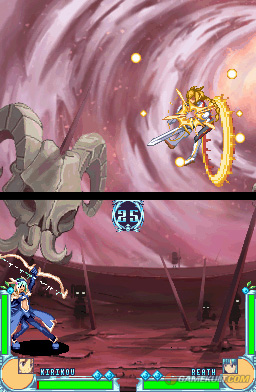 It's a shame there's a complete lack of balance, because a lot of the attacks animate well, have a sense of impact and match the theme of each character. The most apparent example is the bow-wielding fighter who has the potential to be an interesting ranged focused character. However, her arrows are so sluggish and underpowered it's better to whack enemies with the bow itself. Really, slapping your foes non-stop is the most effective strategy with most characters in this game.

There's actually a bug(?) where if a character jumps and continues slashing, they won't land if the attack button is pressed repeatedly. They'll float mid-air while continuously swiping. It's somewhat humorous every time it happens, yet shows how poorly put together Windy X Windam is.

The quality of the gameplay reflects onto the story and localization. Once again, the bare minimum is here. It's difficult to tell the motivation of each character and, even when there is some semblance of backstory, it's so muddled in typos and translation issues that it's hard to digest.
Not that fighting games need well-written stories, but they do offer an experience to climb through for those of us not interested in competitive play. Not everyone can compete in the fierce Windy X Windam scene. 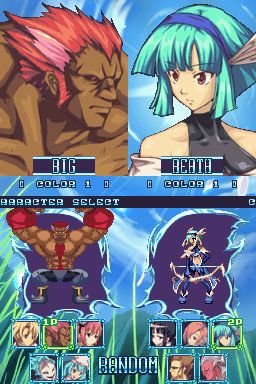 I generally try to find something interesting or unique about even the worst of games. If there's something in a pile of manure that's worth holding high, I'll be there. With Windy X Windam, I struggled to find anything. Visually, the game looks pretty okay. The sprite work, while not the best, is decent along with the animation. The cast seems like off-brand Guilty Gear and BlazBlue characters, but they're not bad either. Their designs are reflected in their move sets, so each feels distinct from the other.

Unfortunately, the effort put into the visuals of Windy X Windam feels wasted on this shell of a fighting game. It technically meets the minimum required to be considered a part of the genre. Nevertheless, there's no substance behind it. If you like the Izuna franchise, maybe you'll get a kick out of the couple of characters who are unlockable here. Otherwise, I can't really come up with a single reason to check out Windy X Windam.

If you need another bad fighting game to play, check out Blue Breaker Burst 2.