Walk your butt off and and catch'em all!

After a excruciating 1 month wait (that felt like 6 months), finally Pokémon Go was released in South America. Despite being unplayable during the first hours because of the servers being hammered, the version we got seemed to be way more stable than the one from the US launch. It was a gargantuan success around here! I saw lots, lots and LOTS of people playing Go on the streets. And then 2 months passed, and it is very, very rare to see someone else playing it. Me and my girlfriend are some of the few active players, and it feels like now that she evolved more of her monsters she ins't feeling like playing the game anymore.

Anyway, here are my thoughts about how was my time playing it:

Having to walk in real life to find Pokémon

I walk about 5km very workday, so I love games involving pedometers or distance tracking. I freaking loved my pokéwalker (before I lost it in a bus)! I really like to hatch some eggs during my home-college-home route.

Taking pictures with the AR mode on 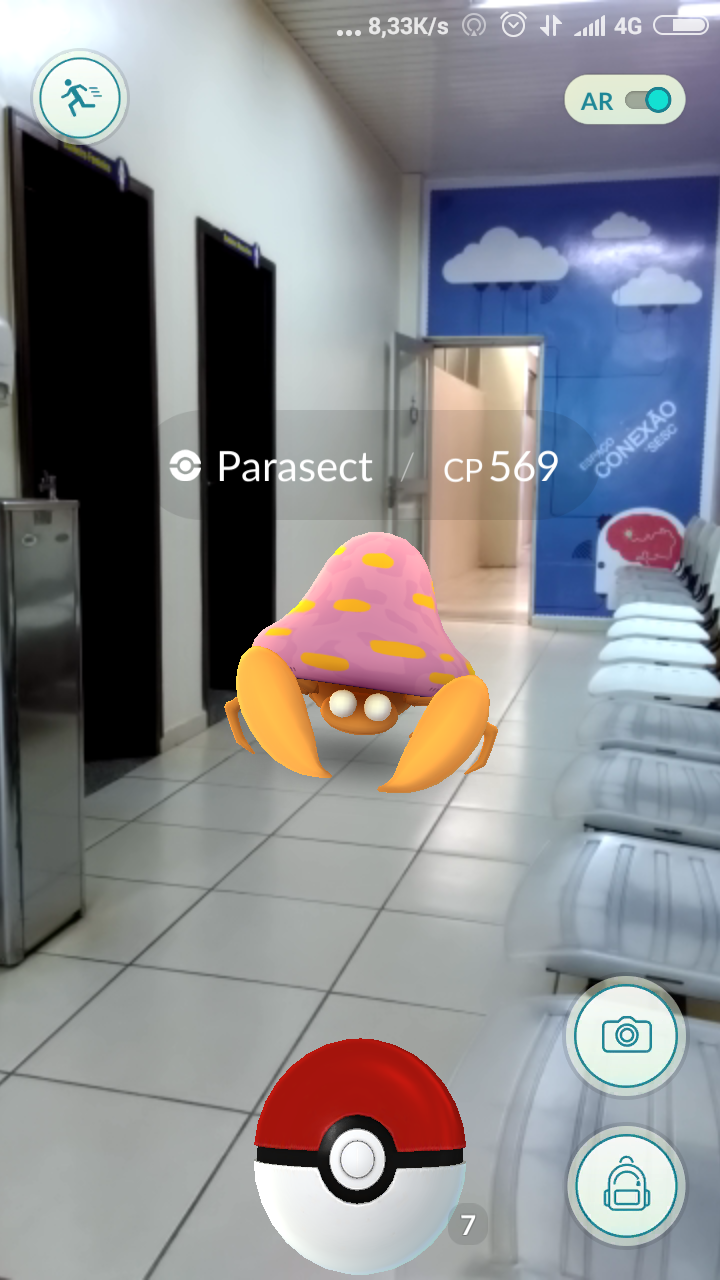 During the pokémon capture "battles" the AR ins't conving at all and looks pretty bad, and it really heavy performance-wise on my budget phone so I play mostly with it turned off. But the AR works pretty great with static pictures, and it is fun to take pictures of pokémon on the real world.

Talking to random people on the streets

While this was much more common during the first weeks it is something fun that happens sometimes on lure spots.

It is completely viable to play and make some good progress playing alone, but it is much more fun to play with other people. Being with a group of friends catching pokémon in a park is a lot more enjoyable than farming pokéballs alone. However, the only way to play multiplayer so far is through gym battles.udo, através das batalhas de ginásio.

Having a reason to catch repeated Pokémon

In the main games I really love reaching a new area so I can catch pokémon I don't have yet, but once you caught then having to cross the said area becomes a burden. In other hand, when playing go I'm always catching repeated monsters so I can gather candies for evolving and leveling them up, and also some stardust too.

I think I'm one of the few people who actually like how simple and shallow the battle system is. I was a naysayer at first, but after thinking a it better about it the traditional and more robust battle system wouldn't fit in a game meant to be played on the go. It is a more casual game with a more casual battle system, and min maxing ins't so important when the game allows you to gather a group of people from your tem and beat up an enemy gym to the ground. 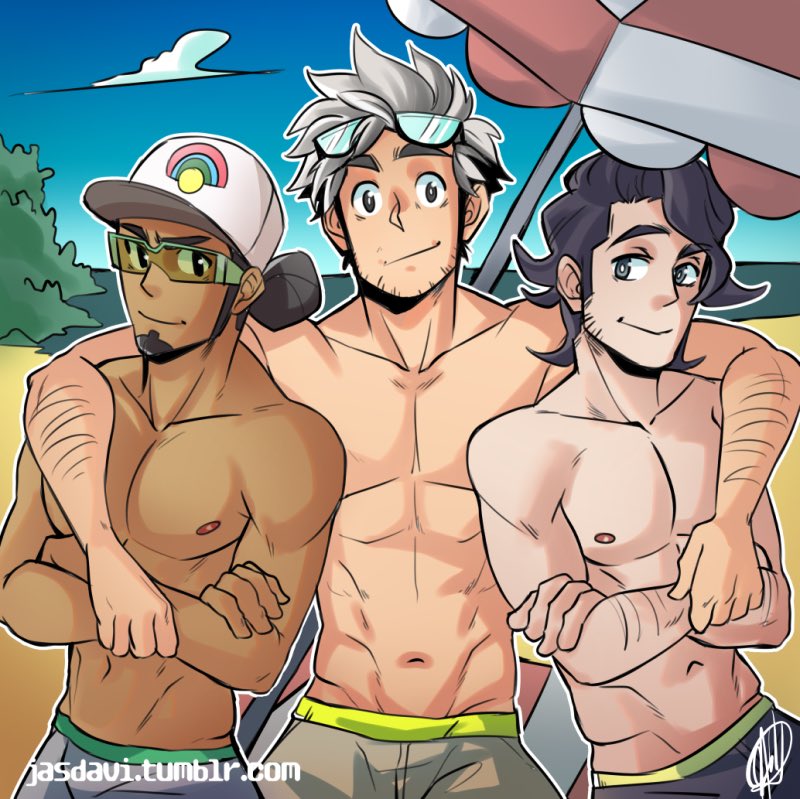 Most microtransactions doesn't affect the enjoyment of neither the pvp nor the solo play. And you can easily get 50 pokéalls farming pokéstops in a few minutes.

Penis jokes are back 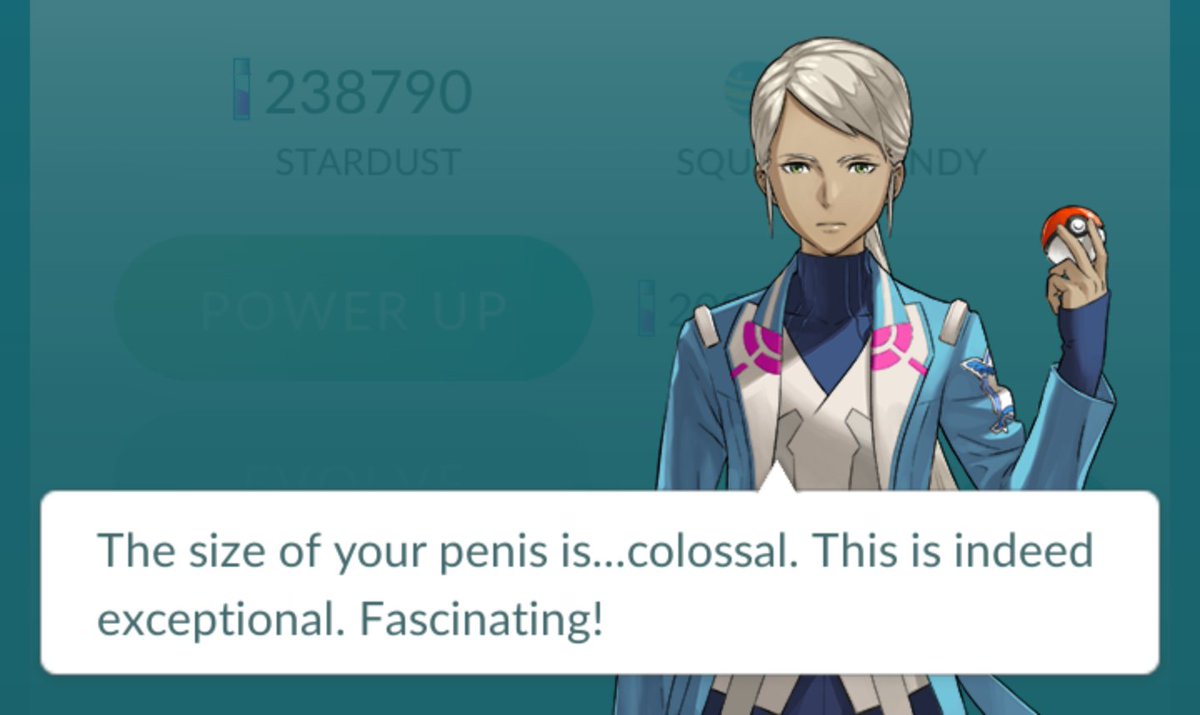 A lot of the gameplay is gridn-oriented. Wanna evolve a pokémon? Then either capture the same species again and again, or walk enought kilometers to cross your state. Feeling like leveling up your character so you can get stronger monsters for the pvp? Gather 60 pokémon plus the necessary ammount of candies to evolve then all and then use a lucky egg to evolve them during the next 30 minutes. Are you low on pokéballs? Find an area with a high ammount of pokéstops and start walking in circles for the next half hour.

Playing it alone in't much fun

Farming pokéstops with your better half or a bunch of friends feels like a good time, doing it alone will bore you to tears.

Lack of direct interaction between players

While I do like the indirect pvp, I would rather face my opponents face-to-face or take part of 3 vs 3 battles (like in the reveal trailer). And being able to trade pokémon would make easier to fill up the dex.

The same Pokémon over and over again

I always found this same Pokémon everyday at the same place!

Actually this one was more severe during the first weeks after the Brazilian launch, back when I started writing this blog. Back then all I could find was a bunch of Zubats, which was hard to catch (long throws are needed) and hard to evolve (50 frigging candies). Now there is a much better pokémon variety and spawn rate, being Pidgey (xp fuel and stardust source) and Eevee (fairly easy to evolve and evolutions are really stronf) the more common species around here.

Premium itens aren't worth their prices

That is specially potentialized because the costs seems to be converted from the US Dollar prices (today's exchange rate is US$ 1.00 = R$ 3.22): paying somehting around R$5.00 for a 3-uses incubator doesn't feel like a good use of my money. I would gladly pay R$10.00 for another permanent incubator, or R$1.00 per lure module, or even R$0.50 for the disposable incubator.

I wanted to spend some money in ths game, but I just can't pay so much for so little! So far the only ones earning my money with Pokémon Go were my new phone services company (new and sexier data plan) and the street vendor who sold me an rechargeable external battery pack.

Lack of motivation to keep gyms

I mean, 10 coins per each 21 hours ins't a bad reward, but other than that there isn't any reasons to players gather teammates and plan gym takeovers. For instance, in Ingress there is a globar scoreboard that shows which team is winning and there is also a cool mechanic where you can link allied portals to create control fields, which compells the players to play strategically and defend their portals. I would love if Niantic announced some kind of event involving gym domination.

Those are some of the worst player character designs this series ever had, specially the male character. He is only better than the Pokémon XD main characters, and is tied with Nate from Black 2 & White 2. To make matter worse, the customization options are really limited, being only texture swaps and not different clothes.

Game performance is worse with each update

I have a budget phone that was able to run Pokém Go well enought to be playable and enjoyable (Xiaomi Redmi 2), but recent updates brought some abismal login loading times and a very, very nastty crash that happens every time I try fighting a high-level gym (level 6 and above). And now that most players are high leveled, high leveled gyms are getting more and more common.

Lack of tools to locate nearby Pokémon

And then I never found it

It is fustrating to see a rare monster in the sightings tabs and fail to find it before it disapears. Using a third party tracker is cheating, but it is really tempting to use when Blastoise and Gyarados need so many candies to evolve.

Seeing dozens of people running after a Dragonite in real life is a sight to behold.

There are sometimes where your distance is tracked precisely, other times your little avatar decides to take teh way and go on crazy tours around the city. At least it is good for hatching eggs!

And that is basically how it went. It is a little fun gaming experience that is severely lacking more content and more things to do.

As usual, here is my main team in Pokémon Go: