An Open Letter to Nintendo from an Adoring Fan

In light of the recent take down notices against the AMR2 and Nintendo Power achive I though it was about time to get old fashioned and write a letter to will probably be glanced over and tossed in the bin. I am a huge fan and supporter of Nintendo and have been since Christmas Day 1988. They have always been so great to their fans that it sucks to hear how they have been acting towards them in recent years.  I get that they are a corporate entity and will always think money first, but they are in a position to be a bit more and bring joy moreso than they have in the past. I wish only the best for them and would be heartbroken if they were ever to close down or completely stop being that quirky little powerhouse of a video game company.

Here's a picture of a piece of my current modern Nintendo collection. Not picture, a loooooooooooooooot of stuff, a couple fucktons of stuff spread across multiple countries. 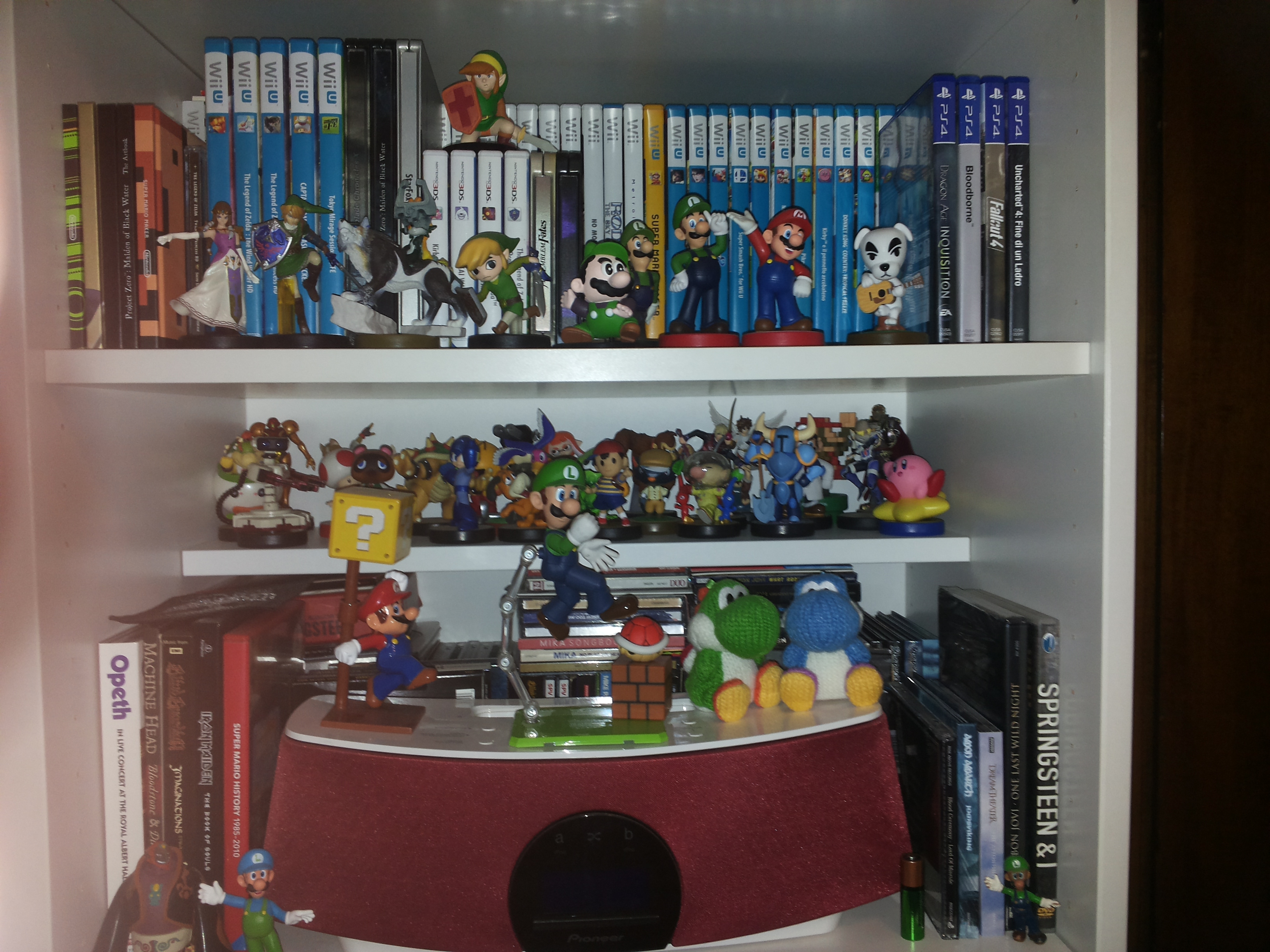 Here's the letter I sent to Nintendo, both through email and old fashioned snail mail.

To whom it may concern,

Since I was the age of 8 and I found that little grey box under the Christmas tree in a little beach town in NJ, I have been a die-hard fan of all things Nintendo. Each year and generation that have then passed I always made sure that the latest from Nintendo was in my home whether it be a console or the hottest (and not so hot) games. I had and still have and will continue to have various action figures, tshirts, pajamas, plushies, mugs, stickers, notebooks, Amiibos, etc. To consider myself just an average Nintendo fan would be a gross understatement.

From bonding with family and friends over some games to just blowing off some steam with a game by my lonesome, Nintendo has always been my first choice.  There's just something magical about your properties. Even, in the second I did a science fair project on how the Light Gun Zapper worked and took home a prize! You have no idea how ecstatic I was when I had written to Nintendo asking about the specifics of its operation and they had sent me tons of info back and a personalized letter signed in ink!

Now, as with any fandom, people will show their love of a thing in many different ways. Those ways include creating a drawing based on a character, making a short film, or even making their own games based on Nintendo franchises (which has led to many entering the industry). They share their creations with others and we all enjoy Nintendo together. It just another way for us to get to know other similar minded people and engage in the gaming community. In turn, it stuff like this that makes your properties even more special.

Now, I understand, and fully support, Nintendo's stance on high quality. I think a lot in the industry could learn a thing or two about the care and love you put into your products. I also deeply respect your drive for innovation which, while always not successful, pushes to prevent stagnation within the gaming realm.  I understand that due to your obsession of high quality you wouldn't want unofficial and dishonest use of your characters and properties. I totally get that. I also understand that you don't want people or companies making money off of your properties, and that too is 100% acceptable.

However, recently there has been a rampant, for lack of a better term, attack on fan projects.  From artwork to fan games, devoted Nintendo fans are being asked to take down art they have made in homage to Nintendo. Fans that don't want money, fans that don't want fame, fans that don't wish ill against Nintendo, fans that just simply show their love of a thing in this particular way. And given it's in a harmless way, regardless of how it's shown, shouldn't a person be allowed, or even better, encouraged to show their love for something and someone? Especially in this current global climate.

What sparked me to finally write this letter was two things. A bit less on the fan art side, is the take down of the Nintendo Power archive. The first days it was up I had a wonderful time reliving those issues of which mine, through moving, dogs, and just being a kid, were lost for all time. The fact that someone gave me a chance to check those issues out again is priceless. Between the custom artwork, the covers, and the beautiful maps, those magazines are something special and it's a shame that they are not readily available to us fans either for free or to purchase.  The fan that uploaded the archive just wanted others to smile and was providing something you're not nor have shown intention to. I'd ask that either you rescind the take down notice or create an archive yourselves.

Second is the take down of the Metroid 2 fan remake game, AMR2.  For years I've been following the development of this game and have been excited for it as Metroid 2 is an outstanding game that unfortunately hasn't stood the test of time.  It's creator has poured insane amounts of time and passion into modernizing and updating a classic game without losing that wonderful atmosphere and feel of the original. The creator never meant to make money off of the project or diminish the impact of the original. To see someones hard work taken down by the ones that deeply inspired him to do so, I can't even fathom how crushed he is feeling.  It's like a kid coming home from school, showing his father a picture he drew of the family, and the father, not even looking at it, crumbling it up and tossing it in the bin, and then walking away to go do business-y father stuff.  Not even a good job, kid.  Again, I'd like you to reconsider your stance on this creator's fan project.

Nintendo has always had an image of fun and happiness within the gaming industry. An image of bringing people together. An image that I love and could cheer me up even on the most drab of days.  Actions like these against your fans really do hurt that image even if your intentions are meant well or meant to protect your properties.

I'd suggest a bit more care put into where you place your take down notices and how you treat your fans show of affection. A bit of leniency once in a while can go a long way!

I have no intention of ever renouncing my support for the art that comes from your company and look forward to the Mini NES, the NX, more Amiibos, and whatever quirky things your future has in store for us. Just remember, you have one of, if not 'the' strongest fanbases in all of gaming ranging from the broadest range of people. Keep making us happy and we'll keep showing our support.

Also, since you have read so far allow me to indulge, Mother 3 localization, please. Pretty please! ;)