World Building: The Potential of Overwatch And The Like

15 million strong. That’s quite a few purchases, Blizzard. You guys ought to be very proud. You made a solid product, in fact a great foundation of one, with an interesting cast of characters with their own unique features for players to use and enjoy at their leisure. You even gave us all of this background lore for us to use to further appreciate these characters and their attached histories. There is just one problem; hardly any of it is in the actual game. To some extent this is perfectly fine, but it is worth arguing the idea that this is all Overwatch is good for. Sure we have seen some changes since launch, but they do little to alleviate the real issue with not only this game, but other world building games on top of it, particularly in an industry with far better games that handle expanding its universe with far greater finesse.

While the quality in writing is certainly debatable to some, it is without saying that Overwatch’s highly cinematic trailers give us, the players of the game, an edgier, heavier and more otherwise deeper look into Overwatch’s unique futuristic world. Much of the game’s story actually takes place prior to where it seems to want you to think it begins. When you first boot up the game, you are treated to this wonderful clip.

Not only is this gorilla (known aptly as Winston) adorably goofy, he’s brilliantly voiced and animated and provides some solid background into the current situation the game’s protagonist are in plot-wise. Overwatch was a thing. Then it wasn’t. Now the world needs it again and Winston is all “Are you with me?!” and we’re all like “Hell yeah!” and it’s really awesome and we’re all getting pumped up… and then you’re treated to TF2 team objective multiplayer rounds that tend to last a handful of minutes. Super fun game, but where the heck is the story? The answer to that is read between the lines of the gameplay; landmarks from the trailers serve as maps in the game, as well as some occasionally heard character interaction dialogue. All of which is very cool, but in context of the game makes little sense.

Overwatch is not the first game to seemingly promise a strong narrative while not particularly delivering inside the disc itself. Destiny is rather infamous for its initial use of story elements (or lack thereof) and resorting to having players read most of the story online. It was a nice gesture for fans and it’s the thought that counts but ultimately it’s still disappointing after so much hype and potential had been showcased. Overwatch’s trailers are masterfully animated and their uniqueness often offsets their more clichéd antics. Having these treats not be part of the game itself is rather sad and it’s disappointing to see Blizzard build this world in such a second hand and rather haphazard way.

“But KnickKnack!” you may retort, “What about Team Fortress 2?? It also uses similar methods to world building and is revered for it!” Well, yes, that is true. But I have a hard time getting behind the comparison. Let me explain why.

Team Fortress 2 is all around goofy. From top to bottom, it is a comedic experience. Its trailers are comedic, its gameplay is hilarious and it’s a fairly casual experience compared to Overwatch (well, minus its rather recent shitty shoehorning of a competitive mode and balancing patchwork). Its lore is difficult to get behind since nearly all of the serious stuff is in comic form. For fans this is a nice treat to help expand the universe a little, but I doubt it’s considered common knowledge for most people, or even most of its players. Overwatch on the other hand has a far more consistently serious tone to its narrative throughout its lore. It’s generally comedic only in the blockbuster movie sense; there are subtle, often physical jokes riddled within the action and drama. I think it goes without saying that Overwatch would be far more practical for the consideration of a full length feature film, whereas with Team Fortress 2 you would have a hard time getting past the fifteen minute mark they achieved with Expiration Date and keeping your audience entertained.

Some examples of games that do world building well and how is rather simple. There are plenty of games that expand their universes adequately and they often do it in different ways. A rather recent example is Dark Souls. Dark Souls has almost no cutscenes, little dialogue and little practical exposition. Its charm is that it just sort of throws you in and lets you fight, survive and discover. Much like Metroid Prime, its narrative is spread about through its environment and in text logs. These are games that do it in a way that creates an immersive and nearly completely isolated world in which the hero (and the player) must fight and also learn to get the most out of the universe. The benefit to this method is that it also satisfies players who care not for the story and admittedly, this strength is also somewhat applicable to games like Overwatch. Some games, such as the reboot Tomb Raider games, go a step further and incorporate more traditional cinematic narrative elements along with its random finds and text clues within the game, though these often serve as arguably little more as a distraction due to more thought clearly being put into the initial story. 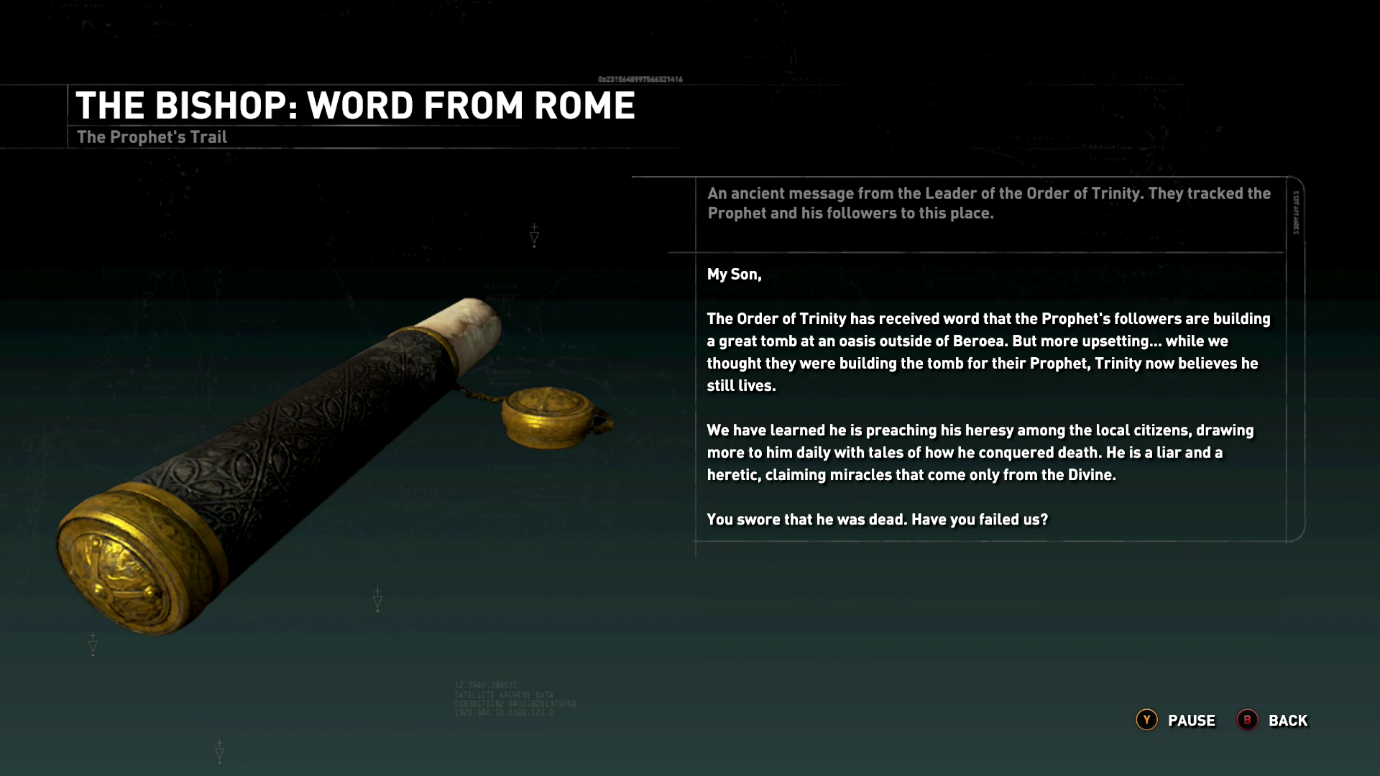 Splatoon, much like Overwatch, is a more hardcore shooting game than Team Fortress 2. Gameplay-wise I believe it has a stronger user of powers and a greater sense of momentum than TF2, same as Overwatch. What I mean is that in the heat of the multiplayer, a team can push and push and get little down but suddenly a few ultimates and some kills occur and the momentum shifts in that team’s favor. There is a lot of this in both games. This comparison is also aptly applicable to both games’ world building. While Splatoon has few cutscenes and even less cinematic flare to speak of, it does indeed have some world building elements littered throughout its world, namely the one feature it launched with that Overwatch did not; its single player campaign. Splatoon’s 1P mode took a stab at altering its otherwise shoot-everything formula and instead constructed a rather creative shooter-platformer involving the Inklings taking on the underground Octolin menace. Throughout each level are collectibles that serve to further expand the simplistic narrative. At first glance this rather pales in comparison to Overwatch, but its strength is that the player makes these discoveries within the game. Moreover, there is little lose potential on account of the Inklings essentially being unique plug-in avatars for the player. This inkling can take any weapon loadout and be essentially any kind of inkling the player wants them to be, whereas in Overwatch, Reaper is relegated to being a dark, twisted and death-obsessed psychopath with ghost powers and dual shotguns no matter what you do. This is somewhat more limiting and simultaneously begs for more discovery. With the Inklings, it’s simple and you know right off the bat what they are and what they can do. In contrast, there is a mystery that surrounds Reaper and his backstory (which has actually had more exposition, but mostly in text/comic form and not necessarily in the game or a trailer).

It’s safe to say that Overwatch is in need of some expansion, most notably in its rather limited content. A new character has come out (Ana is cool, yo) but Splatoon could get away with just as much, if not more by releasing a few weapon loadouts. Overwatch has clearly presented that it has a vast world with a lot of history to it and its characters but as it stands, the story in the game feels rather half-assed. My request to Blizzard is simply to bring that story into the game. Maybe a short campaign for each of the characters. Perhaps a four player co-op campaign and only certain characters can go into certain levels. Something that not only takes advantage of Overwatch’s characters and gameplay, but also its cinematic glory and finesse. Combine these things together and bring the narrative elements that popularized it and the interactive elements that made the game so fun together. It will expand the game and its universe all at once. 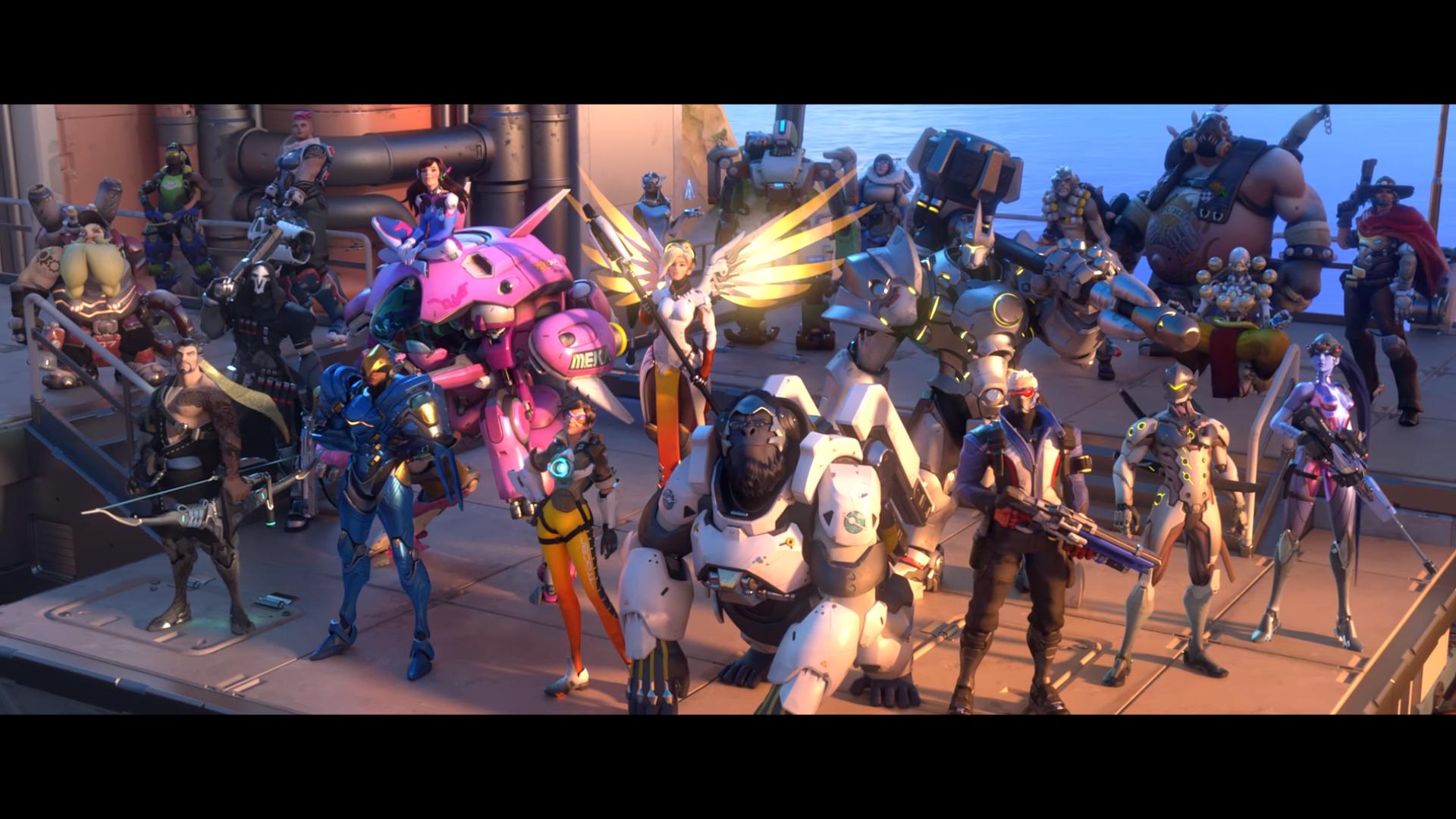 Thanks for reading. So what are your thoughts?