You're Not Going to Buy the Xbox One S 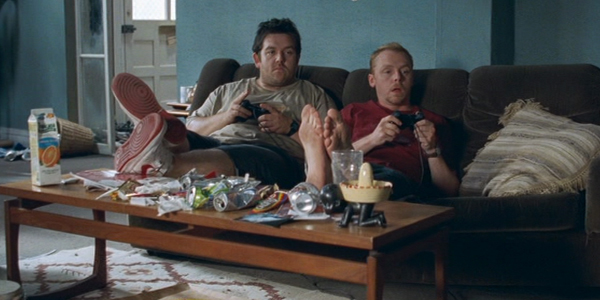 You're not going to buy Microsoft's latest X-Box One S with their fancy redesigns, new controller, and 4K video streaming. You're probably not going to buy to buy the Scorpio either no matter how many teraflops they plan on adding.

As the owner of a both a PS4 and Wii U, I have been satisfied for much of this console generation. With the two of these, we've had access to a strong selection of third party content, first party exclusives and even some fun free to play games.

Microsoft and their Xbone has seemingly been playing catch up this generation, with a significant sales gap behind PS4. It's seemingly not from a lack of trying either. With a slowly growing backward compatibility list, cross-platform play and ditching the Kinect it seems like that MS and company are trying to set themselves apart from the rest, to be the 90's era contrarian to the SNES. What's that, the PS4 doesn't have backward compatibility? We have that. Users keep complaining about the PS Plus free game selections each month? Here's some triple A titles on the house.

Despite their best efforts, sales haven't seemed to pick up and going by the general consensus of gamers, probably won't anytime soon.

"Oh boy! Another reason not to buy an Xbone." comments say with each Xbox One related story like some rival sports team eagerly rubbing their hands for each screw up their competitors do.

"Looks like another dismal offering from PSN for this month. Might as well call it the Indie Station." says jeers from the back.

"Who actually has a Wii U?" cry the voices over Nintendo's latest console.

It's a funny mentality considering that the appropriately called "console wars" are still as popular today as they ever were. 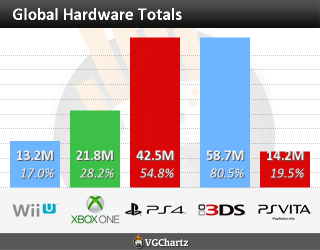 We like to justify our purchases. No matter how big or small, when we place our money towards a console, we're investing in that company. We're taking a risk and hoping that the money we invested come out to more than what we paid. This comes from games, console features and other add-ons that we will most certainly spend money on, pre-order and download once those yearly summer and fall sales come around.

As we get older, I suspect that in our mind we have an idealized version of owning more than one console. You typically star out with one platform per household. Once you're a little older, after saving, and the generous gifting of holiday gifts we're able to own or maintain a circle of friends having access to the core three consoles along with an adequate gaming PC. I never got caught up in console bickering since having access to all of them allowed me to just switch when I felt said platform wasn't pulling its weight.

Now that we have grown up, we've come full circle. There really isn't a need to own more than one console anymore with only a handful of exclusives sticking to each platform. In fact, most seem to dislike the idea of a console exclusive, wanting them to be available on as wide of a range of devices as possible.

We have jobs. We have families. We have financial responsibilities that take precedence over playing the latest Uncharted title. We don't want to stop, and we still find the time to get every once of gaming goodness out of our lives, but the fact remains. We no longer have time or funds for more than one console. We must choose wisely and our choice must provide beyond what we spent. You may own more than one device but I'd wager that the number of people who have all three is significantly smaller than previous gens.

Like DC fans asking for the shutdown of a Rotten Tomatoes and people crying foul that the latest Xbone S Look We 4K Now is another reason to never go to Microsoft again, through our "hate and anger" over commercialized products, it goes much deeper than that.

It's a quiet and anonymous cry of time slipping away. It's no one's fault and one that we all do in one form or another.

It's another facet of growing up, one that doesn't get any easier, just slightly less painful over time. You're not going to buy an Xbox One and being a fanboy has nothing to do with it. We have come full circle to the 90's again but for completely different ways.