Why I'm disappointed about the NX rumours

My history with Nintendo consoles is admittedly rather mixed. My first home consoles were the Sega MegaDrive and the PS1; I had never even picked up an NES or an SNES gamepad until I attended a retro gaming event in December last year, and my experiences with the N64/Gamecube were very fleeting. However, my experience of handhelds has been solely with Nintendo so far, starting with borrowing the original Gameboy, and then progressing to the Gameboy Color, before jumping straight to the DS Lite (I skipped out on the Gameboy Advance, as up until that point I was always a few years behind on consoles). I've used the Wii U a lot through various people I know owning one, and I have a Wii at my parents' house, which I got a lot of use out of at the time and which I think is a brilliant console to this day. I'm in the process of finding out how I can get the Wii shipped from England (my home country) to Germany (my country of residence) cheaply, as I am that desperate to start playing and collecting Wii and Gamecube games.

When I heard that the NX was going to be released, I was hoping that it would give me the opportunity to own something like the N64 or the Gamecube, but obviously with modern day specs. I wanted a standard console, with quality games being the main focus; I wanted it to be something that felt serious and substantial, which could sit proudly beside my PlayStation 3 (or 4, depending on if I can save up the cash). Unfortunately, the rumours released by Eurogamer suggest to me that the console may be style over substance, and gimmickry over functionality: something which bit Nintendo firmly on the arse with the Wii U.

If it sounds like I'm being a bit harsh, then I probably am. I have to admit that I was over the moon to hear that the format is returning to cartridges, though probably for the flimsiest of reasoning. It would be nice to have cartridge boxes sitting on my shelves rather than disc cases, to add a bit of variety. Also, I've always been fascinated by varying formats, be it the GD-ROMs of the Dreamcast, the UMDs used by the PSP or even the tiny discs used by Nintendo itself with the Gamecube. Novelty of game publishing format is something I'm excited to see in action. Obviously it would be an egregious error for Nintendo to suddenly discover that, for example, Breath of the Wild won't fit on a cartridge, and in fact the reason Nintendo is apparently opting for this format is because it will hold more data and process it faster. Thus, I can't really see how this could go badly wrong.

I'm also willing to give Nintendo the benefit of the doubt when it comes to the associated hardware issues that come with the cartridge format, e.g. pins corroding or bending over time. The housing will probably be more self-contained than on, say, the original NES (as opposed to fan-made variants such as the Nintoaster), to protect the components from such damage; regardless, Nintendo tends to be rather generous regarding its timeframe for providing spare parts. So, if the connection between cart and prongs loosens within a few years, you can expect to be able to obtain spare parts, even if the console is no longer covered by warranty.

However, this brings me onto the first issue - lack of backwards compatibility. This is a partly unfair complaint, as backwards compatibility has not been a consistent feature in Sony or Microsoft consoles for a long time. However, this was something that lifted Nintendo above the crowd, but has now been removed. It's a bonus for games collectors like myself because machines with backwards compatibility means less clutter under the TV (unless you are insistent on collecting and displaying the consoles too). Furthermore, it saves money for those who never bought the previous generation but wish to dive into some of the gems in that catalogue. It's just a nice concession to the fact your customer base doesn't have endlessly deep pockets - typically given that Nintendo has been considered the king of the "kiddie consoles" market for a good while now - which never went amiss. 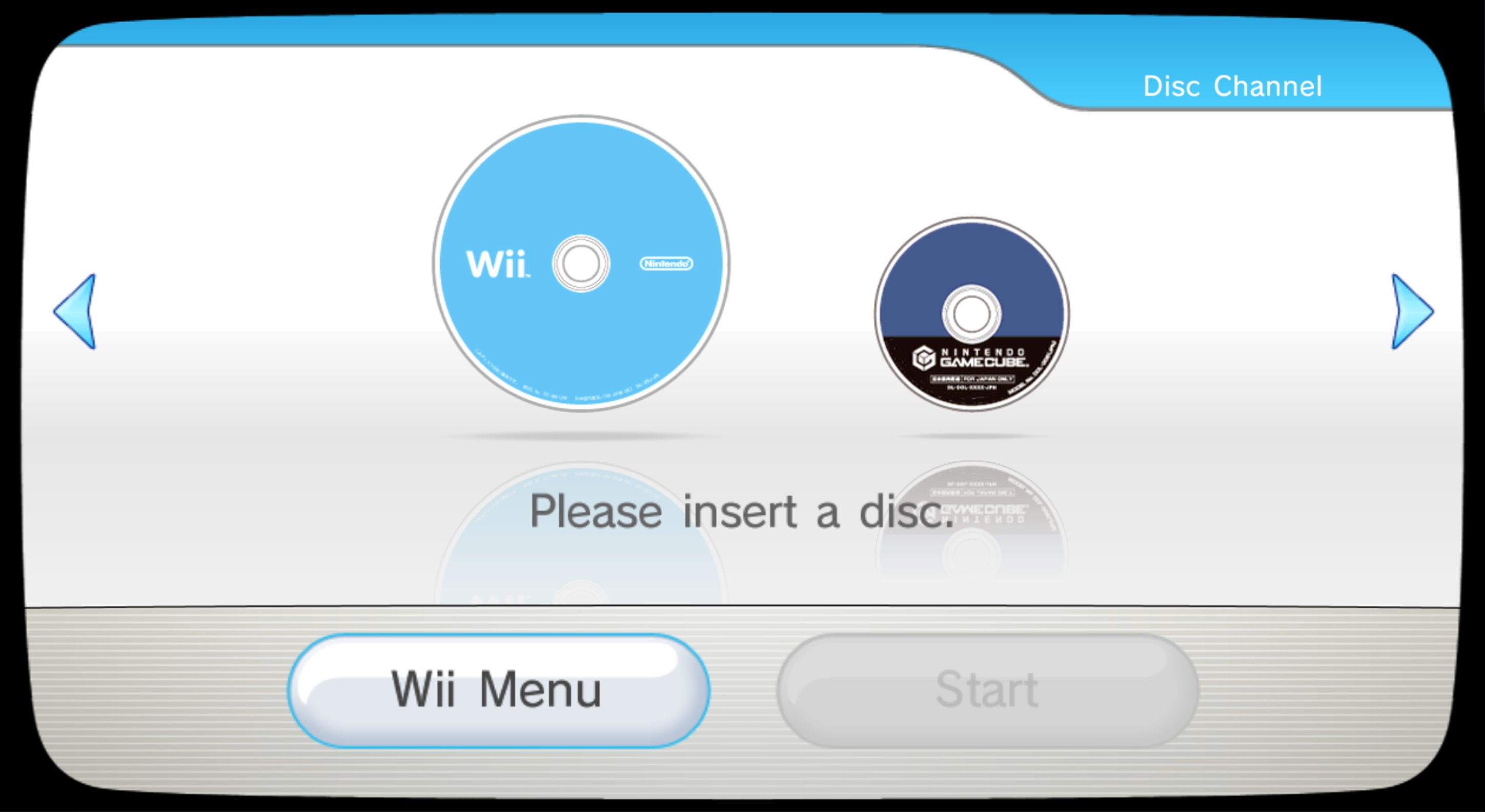 As I said though, this has been absent from other stellar consoles, such as later generation PS3s and all PS4s (regarding backwards compatibility to the PS2/to the PS3 for the PS4), so this should be over-emphasised. However, this hybrid home-portable console idea is something I feel is a misfire on Nintendo's part. One of the major criticisms of the Wii U is the gamepad and its unwieldy, clumsy nature. It chewed through power like nobody's business, charging it with the usual cable is a tedious exercise and you can only hook up one at a time anyway; due to its elaborate nature, it also cost a fortune (again, the cost of Dualshock 3 and 4 controllers means this criticism shouldn't be applied too thickly). It gave people the ability to play the games without being hooked up to a TV, but if I wanted to do that, then why would I not simply take a more compact portable console with me? The 3DS is perfectly built for this, but now the NX will seemingly take away its reason for existence, as many of the people I converse with on Twitter have pointed out.

The idea of a detachable module that can be used for portable gaming doesn't instill me with confidence that Nintendo isn't simply (perhaps quite arrogantly) copying the same mistakes it committed with the Wii U, which all in all I think is a good console but is regarded by many as a failed console. The problem with this gimmickry is not just, for me, the fact that Nintendo is typecasting itself as a company for adolescents, who may be (rightly or not) considered easier to impress with this type of thing. The problem is that of all video game companies out there that also produce consoles, Nintendo is the one company which doesn't need to fall back on whacky schemes for its hardware.

If you compare, for example, PlayStation All-Stars Battle Royale with Super Smash Bros Wii U, the latter roster contains a hell of a lot more memorable characters. Nintendo's IPs are very strong and produce, generally speaking, hit after hit - it's hard to think of a scenario in which Mario would gain as much ire as the Sonic series. When it comes to consoles, as opposed to the mobile market, Nintendo has exclusive use of Pokémon - many people are arguing that a hybrid console could see a core Pokémon game on a home console for the very first time, but really this is a cheap way of achieving it. Admittedly, Nintendo may be seen as having a narrower market than its two competitors, since horror and action seem to be more at home on XBox and PlayStation systems, but ZombiU performed remarkably well, and Resident Evil has always been comfortable on Nintendo consoles. Nintendo simply doesn't have enough confidence in the strength of not only its first-party titles, but its ability to command all sorts of markets with third party titles. The fact that games such as Bayonetta 2, Batman: Arkham City and Call of Duty: Black Ops 2 saw their way onto the Wii U shows that the company underestimates its abilities to attract bigger publishers to use its console.

This is presumably why they believe they need to lure in buyers with strange alterations to the hardware, while Microsoft and PlayStation tend to stick to tried-and-tested formulae. Admittedly, my beloved Wii is centred around a gimmick (the motion sensor), but the point is that it was implemented very well and was ahead of a clear curve, with the Kinect and PlayStation Move aping Nintendo with varying degrees of success. The current changes are not ones Nintendo's competitors are in any rush to copy, and for good reason. A lot of Nintendo's errors seem to get swept under the carpet though, for example the 3DS launch. Reports of eye strain (largely from misuse) and the fact that a 2DS was soon released/games seemed to rely on the 3D gimmick less and less has not stopped the 3DS being considered a runaway success, a label which it richly deserves as a worthy successor to the vanilla DS. However, my point still stands: Nintendo consoles sell in spite of the gimmickry, not because of it.

So, I may seem old-fashioned and behind the times for reiterating this, but Nintendo, I just want a plain, more powerful home console, and a separate, compact handheld. The link between the two is well-achieved by functions such as cross-play (an early example of this on Sony consoles being Sly Cooper: Thieves in Time). Instead, trying to make handheld and home console one and the same is just going to disappoint those who mainly want a home console and those who mainly want a handheld. If the end result is as slapdash as I'm afraid it will be, I hope it doesn't affect Nintendo's sales too heavily. Luckily, given that Nintendo goods tend to sell at least somewhat, in spite of their experimental nature, I doubt it will damage the company too severely regardless.