These songs contain lyrics and words that can easily offend someone. Listen at your own risk. The read itself is safe.

This is prob the only AoTD I can think of that I feel I'll need this warning, mainly because of Blowfly.

One complaint many people have lodged at rap over the years is that it's just vulgarity and all about sex, gun, and in general degrades women. While normally I'd argue against that complaint, but in this case, I wouldn't really have much of a footing. Blowfly and 2 Live Crew were all about just that, and I wouldn't have it any other way if I'm being honest. I do wish there was more counterparts to them from women though, we need more "it's raining men" and "Push it"

Blowfly was the super hero alter-ego of the songwriter/producer Clarence Reid who worked with one of yesterday's Artists of the Day, K.C. & The Sunshine Band. Reid was quite successful in his own right in that era. Back in 1971 Reid decided to create his superhero/villain persona Blowfly. He was like a gross Weird Al in how he parodied many famous songs and making them about sex to the Nth degree, he also wrote several original tracks as well, which is what I'll concentrate on since, personally, I think they were better.

Here are a few of Reid's non-blowfly produced and co-written tracks.

Now we get to the nitty gritty nasty ass sheeeiit.

However, these silly obscene tracks don't make Blowfly interesting. Here are some things that make him actually important as an artist, outside of his stuff as Reid. You noticed that at the opening of this blog I mentioned rap, yet none of these tracks were actually of the rap or hiphop genre. He created was is possibly the first dirty rap song with his track "Blowfly's Rap" off of his 1980 Album "Blowfly's Party"

What might surprise you about all this is Blowfly is actually a very important figure in modern music. Yes, this dirty man is actually heavily sampled by tons of famous musicians. Here are a couple of songs that sample Blowfly:

See how many famous musicians/actors you can find in this music video! There are a bunch.

Unfortunately this year Mr. Reid left us, and left in poverty due to poor investments and signing away much of his music rights. He was nearly homeless before his death because of this.

Now we turn to 2 Live Crew, who seemed like they were birthed right from Blowfly himself. 2 Larva Crew, if you will.

Like Blowfly, 2 Live crew had a pretty difficult career at times. Do you remember this douche nozzle? 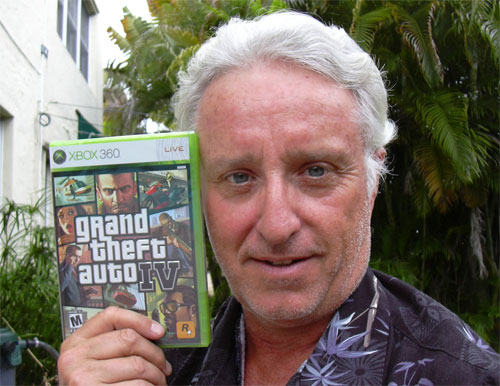 Yeah, he didn't just fuck with video games. He fucked with music too. Back in 1990 Jack "The Fucknut" Thompson convinced the Florida governor to open an inquiry into if 2 Live Crew's third album, Nasty As They Wanna Be, should be classified as obscenity. That put it beyond the level of "parental advisory warning" it would effectively become pornography. It might amaze you, but, Mr DickNobbler actually was successful! The case was eventually brought to the supreme court in 1992 and overturned.

2 Live Crew ended up having three members arrested for obscenity when performing "Nasty As They Wanna Be" at a Florida nightclub.

NATWB eventually sold several million copies thanks to this word of mouth and the forbidden nature of the album itself. The album had one very recognizable single off of it that has purveyed pop culture for a long time.

During all this time they also fought off George Lucas, who successfully sued band manager/leader Luke Campbell whose moniker was Luke Skyywalker, a fair thing to do I believe.