Nipples on Power Armor: Refluffing Cult Marines To Serve The Prince Of Excess

Who is the Games Workshop's Chaos God roster's unloved, redheaded stepchild of indeterminate gender? That's right, Slaanesh, the poor Prince of Excess who has hard time being the Viscount of Enough. Born from the 70s/80s' heady cocktail of glam rock and hair metal, he/she/it is all about looking as gender normative as Ziggy Stardust/Panther/Twisted Sister, loud music and COCAIIIINE! So, of course, as a god tied to sexuality (which is more of minefield than a field these days) and drugs, he's hard to work with, while Marines that blast people apart with sick guitar riffs aren't GRIMDARK enough now that 40K has lost self awareness and takes itself way too seriously. An aspiring rule writer/model designer has other, lower hanging fruit to choose from, like Khorne (he's superviolent, so that's easy, since GW has a lot of experience in both inflating casualty numbers to the point where they become meaningless AND creating stupid compoud noun names with 'blood' in them), Nurgle (nobody is really defending bugchasers or anti-vaccers) and Tzeench (nobody has tied "change" to Obama and even less people are out in force to defend hermetic mages). If you don't need to fear reprcrussions for sculpting boobies (or worse, a female face, which has eluded GW's modelers time and time again) and all the fans need are more spikes and absurd weapons, why would you put effort in Slaanesh? That's why the player who wants to have something more to his/her/its Slaanesh experience might have to take the other cult Marines and refluff them for their chosen deity. Because they're Your Dudes and you can do that.

Unless you're a formation-chasing, deathstar-building WAAC, but if you are one, you don't really care about the fluff anyways. 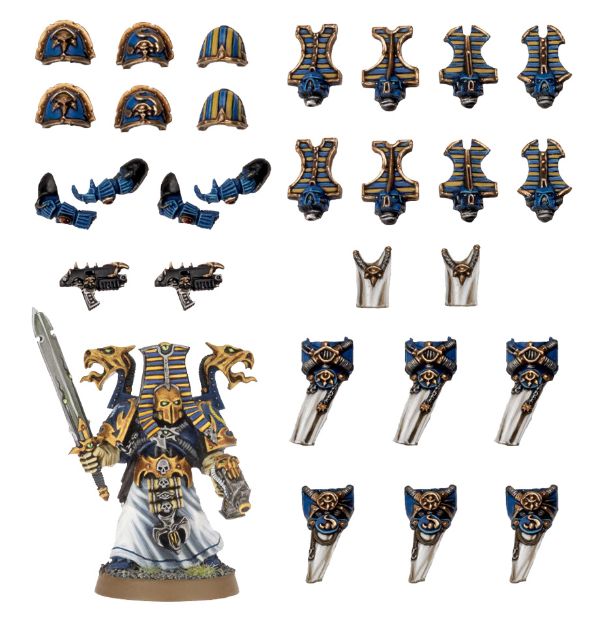 So, let's start with the Thousand Sons, ghosts of Magnus' original Thousand Sons trapped in a dusty power armor shell and lead by Aspiring Sorcerers. In essence, it's a unit of slow dudes that will never run away, dead killy in shooting (especially if you take Icon of Flame), it also has a magic save that is great in warding off all kinds of annoying super attacks, and they're lead by a wizard. So while they're excessively magical (heh), how could they be transformed into something that fit thematically in a Slaaneshi army? Well, one severly lazy extremely awesome idea is fluff them as guys who were obsessed in gaining a technological edge over the enemy (but who weren't in the AdMech... or Iron Hands), and so they tinkered with both their bodies and their equipment till they became shambling (so, slow) mounds of reinforced armor and cracling generators (explaining their save, allows you to add miniature Tesla coils to CSM), souped-up bolters (explaining their shooting); guys who jammed so much copper wiring into their brains to remove fear of pain that the only desire left is for more upgrades (and they're not smart enough to run away from battle). They also hate Space Marines for never fully reaching their bionic potential. The wizard is there to augment their powers in ways that are unachievable to non-psykers. Presto! Slap some AdMech/Mechanicus bits on some CSM, purple and gold and shoot the uptight, heteronormative enemy dead. Would work great in a mechanized list which focuses on guns over chaos boons and daemons. Is that an optimal choice for the table top? Do you care? 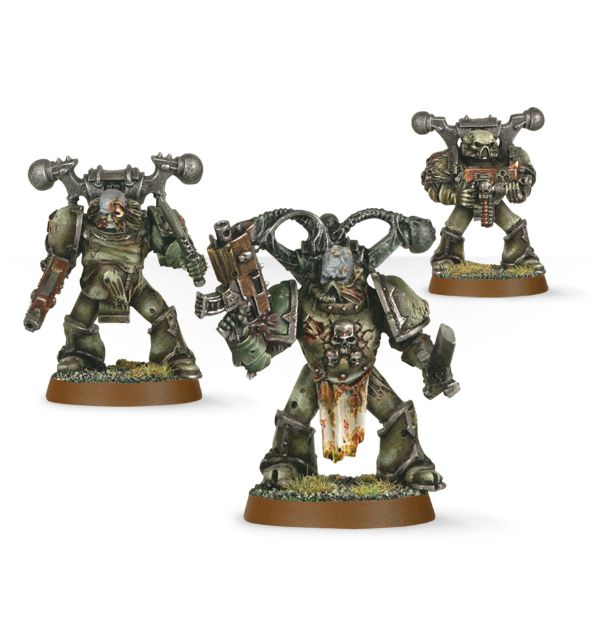 "It's a good start, but they could look a little more like rotting sacks of shit" - typical Nurgle player

Now then, Plague Marines. Oh boy, Plague Marines. Nurgle players are filth-encrusted scum and their cult Marines follow suit. They're diseased piles of rotting turds and flaking power armor (they have the Feel No Pain rule because that part of their brain has rotted away) who can withstand a great amount of shooting (too rotten to have vital organs), have poisoned knives (to be fair, anything that Plague Marines hang out around becomes poisoned), have grenades (which, in 40K terms, means they're good at getting to punch people), and have the potential to both cause fear and hate Space Marines. Folks really love that "really hard to shoot dead" bit. And they (Plague Marines, not players) look like bloted corpses of Space Marines that are only staying upright because of the armor. So what do you do with them? You declare that they DO COCAIIINE or whatever performance enchanting drug the combination of grimdark future and daemons can produce. They had two bags of Catachan grass, seventy-five pellets of flects, five sheets of high-powered obscura, a saltshaker half-full of frenzon, and a whole galaxy of multi-colored uppers, downers, screamers, laughers... Also, a quart of amasec, a quart of tranq, a case of beer, a pint of raw ether, and two dozen 'slaught, and they were somewhere around Cadia, on the edge of the Eye of Terror, when the drugs began to take hold. There's nothing they wouldn't shoot up, pop or grind and snort off a daemonette's butt. These guys are so high, they don't care about such mundane things as "incoming fire". Heck, even their knives are laced with all sorts of daemon party favors, in case they needed to stab themselves for the added high. And you don't want to know what goes into those grenades they carry. Naturally, a pack of braying maniacs who can't stop laughing (or crying) while they're charging at you is a bit unsettling for anyone on the receiving end. Drug Marines' hatred of actual Space Marines could be explained as them considering the loyalists to be a hallucination of their "evil" twins. Voila, you have just taken the worst of what Chaos Fluff can offer and given them a fun make over. You only need to fittingly convert some models! 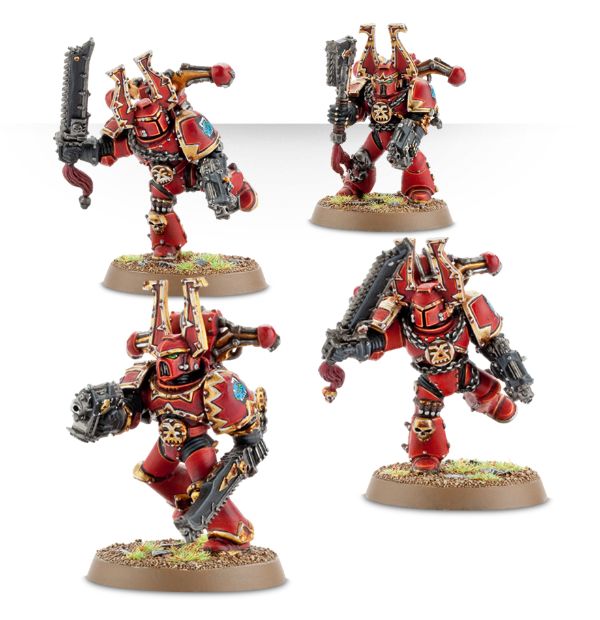 Berzerkers are the most conservative, dignified of Khorne-related miniatures.

And the last come the Khornate Berzerkers. They're a bunch of crazy guys who run at the enemy to RIP AND TEAR. That's about it. They're really kinda only good at this ripping and tearing thing, and all of their upgrades are focused on that. So in refluffing them for Slaanesh, the first thing you have to do is throw away any ideas of making Rapist Marines: that would be in poor taste, and Marines undergo chem gelding anyways. What you can do is go back to the roots of Emperor's Children and fluff these guys as dudes who really want to show how good they are in combat. Just like the original legion, it's a bunch of show-offs who really want to one up their friends. They need to be cooler than the rest, to show Pimp Daddy Primarch that they are the best duelists and melee fighters there are. So they rush into fray to kill and cut, all to stay ahead of the others. You can say that this is a bit... excessive, and its! It's Slaanesh, baby!

So if you follow these guidelines and convert your models well, you can have a nice and fluffy army for your friendly games, and bring some more fun to the most overlooked Chaos deity. And by paying GW the prices they want for their miniatures you're already showing your dedication to lust and excess!