[WARNING: The reviewer currently have a bit of a chip on his shoulder regarding the movie, thus his opinions can get... emotional at times. He also started to regret learning how to remember the usual cliches overused on movies.]

OK, this... isn't a easy movie to review, as someone who do like the original movie, but not too obsessed with it. If you do remember the time when the trailer featuring an all-female Ghostbusters was revealed, it gotten a lot of backlash from both actual fans and not-so-pleasant people. Instead of letting it go quietly and let the movie speaks for itself, director Paul Feig (And some of the casts) did arguably one of the worst PR stunts and being rude to anyone who disagrees with him. But hey, even if I'm not a fan of his comedic directions, I hope that Paul would at leeeaaassst understand what makes the movie ticked, and gave the general audiences a very entertaining Ghostbusters movie. In the vein of a House of the Dead player character, all I could say after the movie ends is... My God.

Like most reboot, this is essentially a retelling of the original movie, adapted into the current decade and replaced the cast with females. After Dr. Erin Gilbert (Kristen Wiig), Dr. Abby Yates (Melissa McCarthy) and Dr. Jillian Holtzmann (Kate McKinnon) were thrown out of their respective institution for their shenanigans in a paranormal investigation, they decided that with their first paranormal experience and their knowledge, they then open a paranormal department that would look into ways to contaminate ghost away from the public, while inadvertably stepped into the path of a sinister villain who wants to bring chaos to New York City. The integration of Patty Tolan (Leslie Jones) into the team and plot was passable, to say the least. 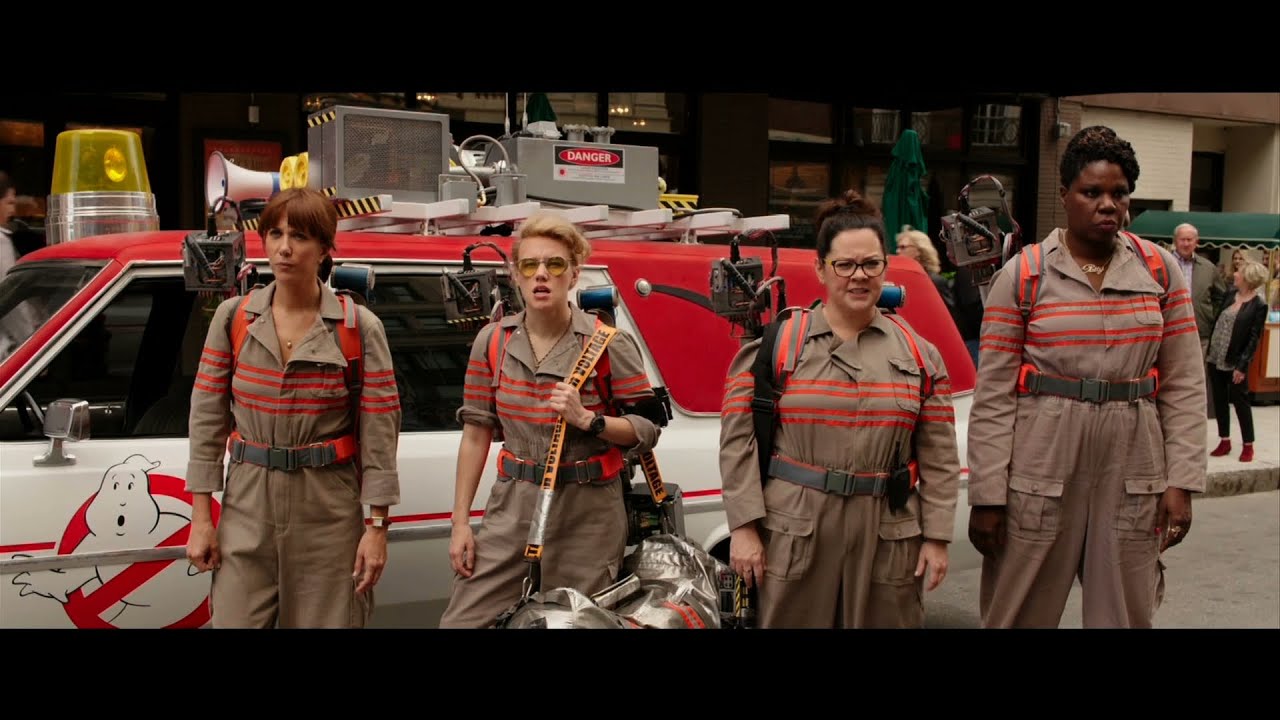 "The faces we made when we're forced to fight ghosts without paychecks, literally."

The characters are very Paul Feig-hty as far as character portrayal goes, in my opinion. Every characters often play out their personality openly, like Erin being the sane lady, Abby being very enthusiastic, Jillian being the hammy scientist, etc. Personally, I'm not a fan of that choice of portrayal. It's like a character keep doing something nutty every 5 minutes in the movie, and I'm like "Okay, we get it, you're a nutter. Don't need to remind us several times on how crazy you are".

Remember when we first see Egon in the original film? He complained that he would have drilled his skull if his colleagues haven't stop him. That conversation is effective enough to tell us Egon is a bit of a mad scientist.

Although for performance-wise, I'd say they did a great job, particularly for McKinnon and Leslie Jones who managed to sell their stereotypical characters, and I admit their scenes are genuinely funny in some ways.

Kevin (by the Mighty Thor) being the brainless but handsome receptionist was also chuckle-worthy, but him and a lot of male characters were being portrayed so painfully negatively, that even if the gender role was switched, it still managed to broke through my suspension of disbelief. Which is why I'm not writing about that aspect even further. How is he still alive at this point?

The writing is what'd you expect from a chick flick comedy, except that it ties in awkwardly with the sci-fi elements. One of the two things I particularly can't stand is that whenever Holtzmann tries to explain something, she'll explain it all in techno-babble without anyone trying to translate her words into simple English. It's as if the writers expect us to find out ourselves with our head, or they thought we could just ignore the mumbo jumbo as if it didn't happened.

Several characters in the original film tried their best to explain as simplistic and short as possible to the audiences, but Egon did a better one when he took the effort to use the Twinkie to illustrate and simplify his explaination of the strange increasing phenomenons in New York to both Winston and the audience, so we have a better understanding of what is happening.

The other one is when the movie mock the naysayers and risk harming their own movie. Instead of conveying their opinions naturally, the filmmakers seems eager to halt the movie a few times just to mock the haters, thus losing the momentum and pulling us out of the movie.

The Ghostbusters action scenes were pretty much good, when they do get it right and device safety precautions notwithstanding. The climax, on the other hand, throw away the in-universe ghost-capturing rules, and turn into a generic superhero-style fight scene with ghosts without much tension at all. As if the characters are invicible most of the time. And this is where I stopped writing.

"Who knew firing stream is as easy as Guitar Hero?"

So despite one hell of a negative-filled article written all over the wall, guess what? It's still a pretty passable entertainment for me. It's not as bad as the Internet claimed it to be, but in my opinion, it even stumbles badly in trying to forge a new identity of its own, as it struggles to become a Ghostbusters movie while trying to appease fans of Paul Feig's movies. Personally, I'm not sure if I could stand watching another of his movies again, but I guess my opinion for this might change in the future. Emphasis on the word 'might'.

(Special thanks to Sarah Jane Farron for the encouragement, even though I'm didn't really have a good time with it.)